The Road To San Diego Announcement #3: Discover An Unforgettable Night At The Theater
in October 2018 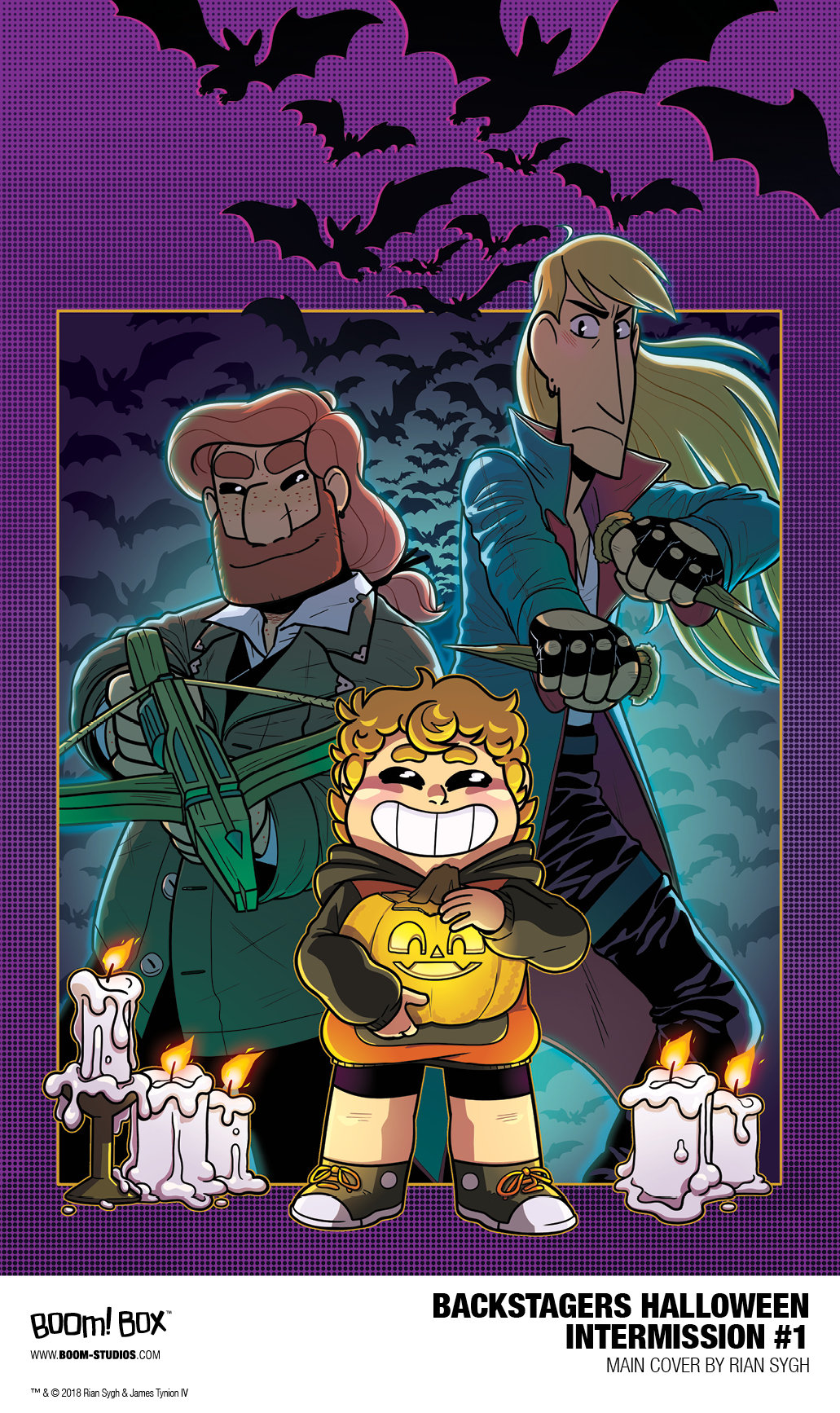 With the days getting shorter and the nights getting spookier, the Backstagers are back for the Halloween season with all-new tales of terrors and creepy creatures. When Sasha accidentally falls asleep backstage, he ends up locked in the theater overnight! What lurks in the shadows, what terrors will he discover, and what the heck are the stage managers chanting? With back-up stories spotlighting your favorite Backstagers, this spine-tingling tale of the stage will leave you with goosebumps you can see from the back row!

“A year back, Rian and I talked about how we might be able to continue to visit the world we had created in The Backstagers. We had the thought that we’d bring the sweet boys of the St. Genesius Stage crew back with a couple of oversized specials,” said James Tynion IV. “The first came out on Valentine’s Day, and let us delve into one of the core pillars of the series, the powerful love and friendship between our characters. But the second was always the one I was most excited about. The Halloween Intermission issue lets us expand the spookiest mythology behind the St. Genesius theater, to tell a genuinely frightening story that captures the heart and soul of the book and these sweet boys. I’m really proud of what Rian and I have cooked up for you, and with Sam Johns writing super spooky back-up stories for incredible art powerhouses like Abby Howard, Savanna Ganucheau, and Shan Murphy…It’s going to be one heck of a Halloween! 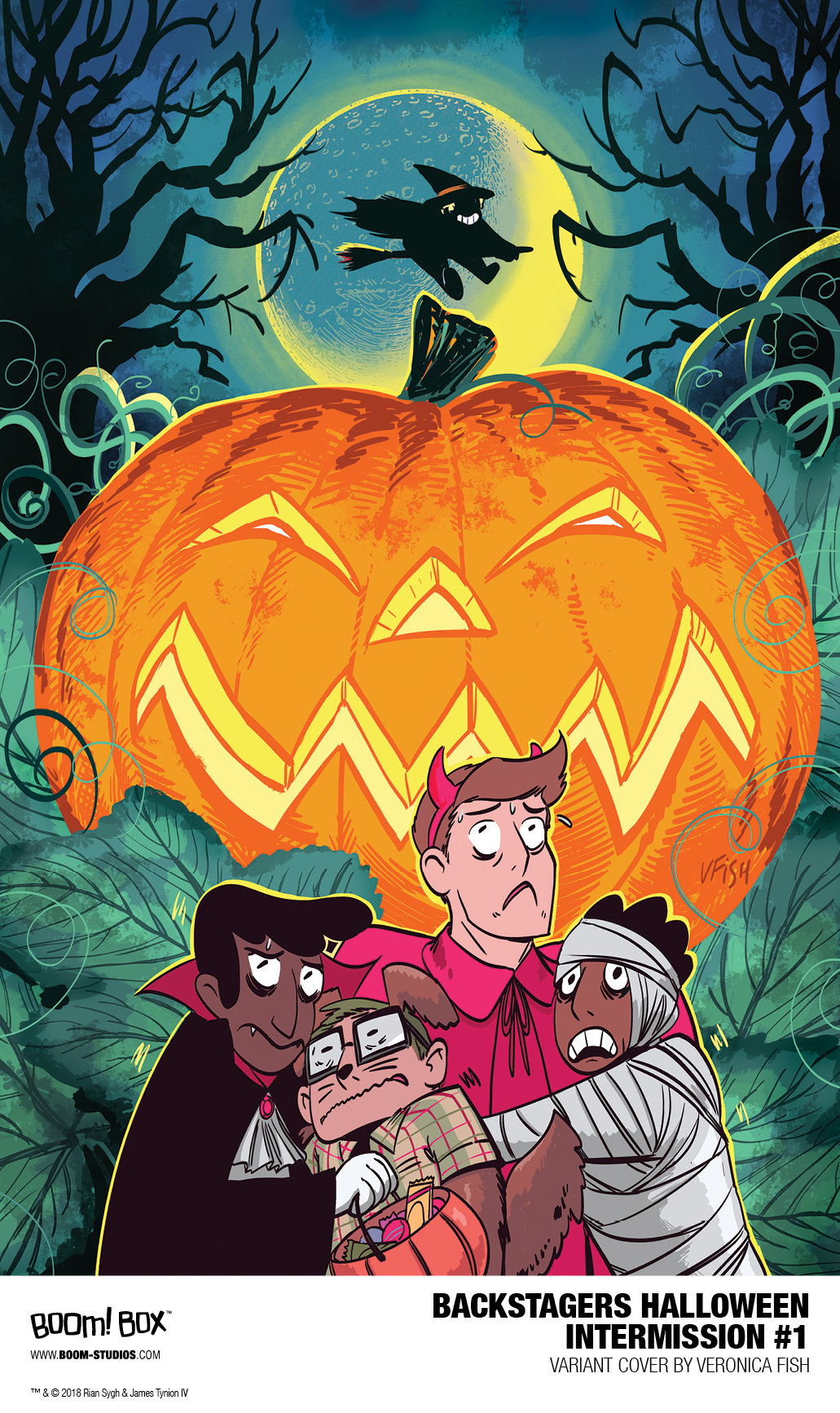 “I was so excited when James and I were coming up with this story, I love our characters so much and I was so pleased when we decided to give the Stage Managers their time to shine since they didn’t get much opportunity in the first series,” said Rian Sygh. “I’m mostly excited about drawing a lot of Halloween nonsense since its one of my favorite holidays. It’s been especially interesting seeing other people’s art for the Back-Up stories. Collaborating with these incredibly talented cartoonists has been a dream, and makes me feel like The Backstagers have a lot more stories to explore than I could ever draw on my own!”

“Who needs candy when you have comics as sweet as the THE BACKSTAGERS HALLOWEEN INTERMISSION?!” said Shannon Watters, Senior Editor, BOOM! Studios. “Our boys in stage blacks are back, and giving us all a high-quality haunting just in time for the spookiest time of the year.”

Print copies of BACKSTAGERS HALLOWEEN INTERMISSION #1 will be available for sale in October 2018 at local comic book shops (use comicshoplocator.com to find the nearest one) or at the BOOM! Studios webstore. Digital copies can be purchased from content providers, including comiXology, iBooks, Google Play, and the BOOM! Studios app.

For continuing news on THE BACKSTAGERS and more from BOOM! Studios’ The Road To San Diego​​, stay tuned to www.boom-studios.com and follow @boomstudios on Twitter. 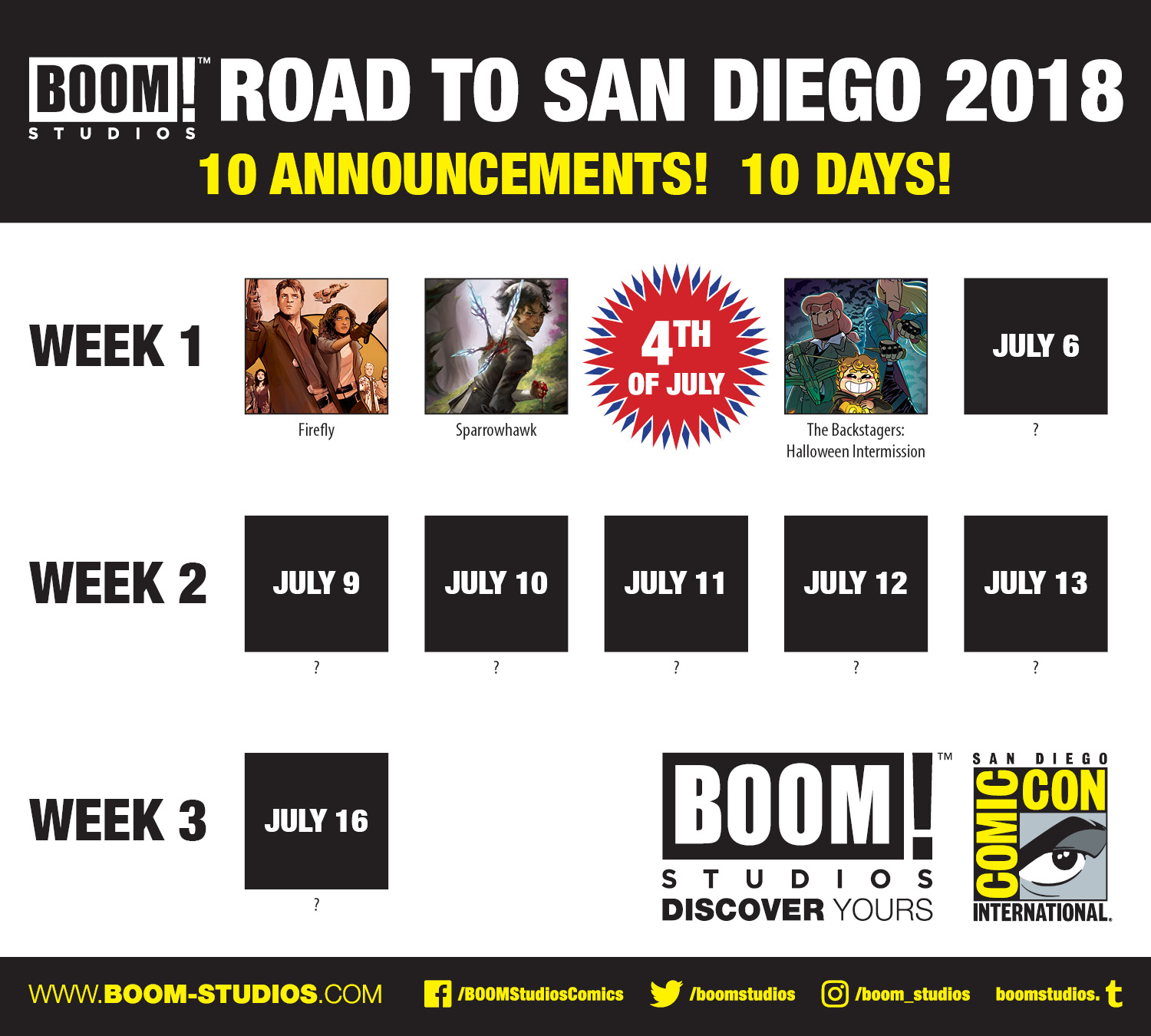