Tackling the Era of Fake News in Rob Hanes Adventures! 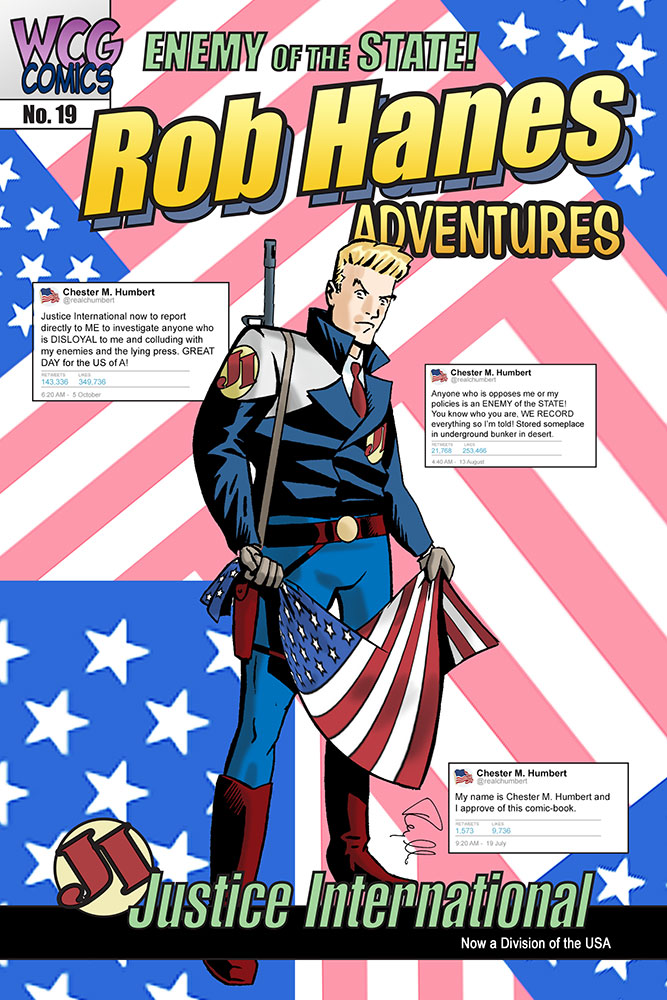 Often known for stories “ripped from the headlines,” issue 19 of the long-running globetrotting action-adventure independent comic-book, Rob Hanes Adventures, will take readers in a startling new direction that pushes the era of fake news and current political climate to the extreme within the fictional world of the series in a story entitled, “Enemy of the State.” The issue is set for release in July and will debut at the 2018 San Diego Comic-Con where WCG Comics will again have a booth.

“Rob Hanes Adventures has often featured stories inspired by real world events, and the current rhetoric and uncertainty in the country and the world seemed perfect story fodder,” said series creator and writer-artist Randy Reynaldo. “Of course, headlines are just a jumping off point and at the end of the day, this is all fake and make-believe, heightened to the nth degree—the goal as always is to entertain and have some fun and adventure.”

In the story, Rob and his private investigation and security firm, Justice International, are deputized as a new national police force by the new president, Chester M. Humbert, who distrusts the existing agencies of the government; Rob soon finds himself in the middle of political intrigue as terrorists attempt to detonate a dirty bomb in Europe, working with a mysterious paramilitary organization known as the ABPF.

Reynaldo will be an invited Special Guest at the 2018 San Diego Comic-Con and will have a spotlight panel, entitled “Adventures in Self-Publishing” at the show on Thursday, July 19, at 12:30 p.m. in Room 4 of the convention center. He will be carrying Rob Hanes Adventures #19 at his Small Press booth at Comic-Con. 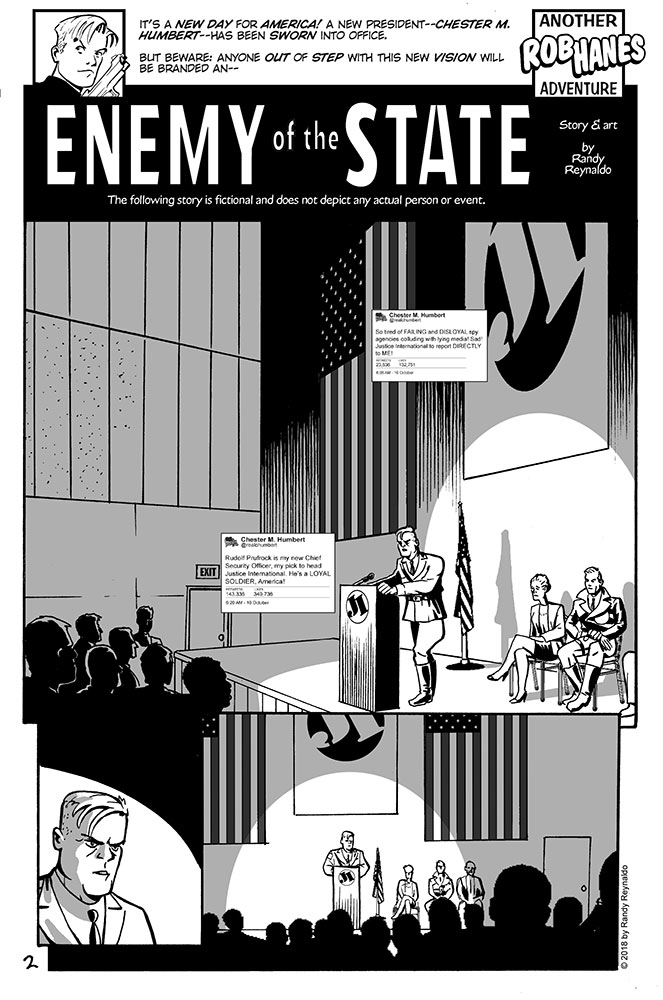 Rob Hanes Adventures is a free-wheeling, light-hearted action-adventure series featuring the exploits of a globetrotting private eye and troubleshooter from Justice International who travels the world on assignment, facing adventure, intrigue and romance at every turn, with occasional dashes of good humor and forays into other genres. Every story is self-contained, making it easy for readers to jump in with any issue.

The title is one of the longest-running indie comics series still running. Inspired by classic adventure comic strips like Milton Caniff’s Terry and the Pirates and Roy Crane’s Buz Sawyer but set in the modern day—with dashes of light-hearted humor reminiscent of Will Eisner’s Spirit—readers and fans have praised Rob Hanes Adventures for recapturing the spirit of the classic adventure strip and updating it for modern day audiences.

For more information about the series, previews and to purchase back issues, visit wcgcomics.com or facebook.com/rhadventures.

Scroll down and click on any of the images to view sample pages in full size from the book or click here to view the complete gallery.