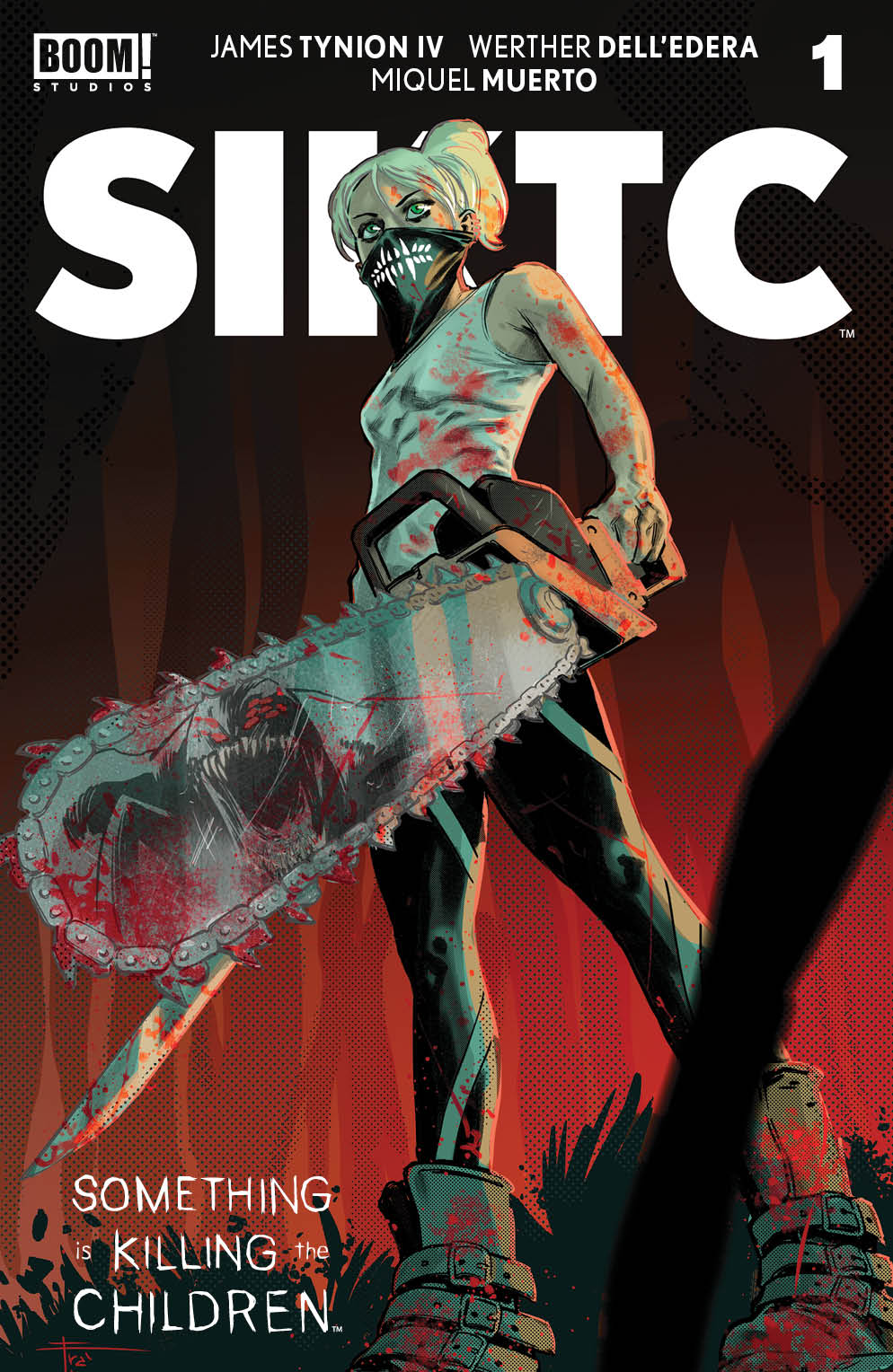 LOS ANGELES, CA (April 14, 2021) –  BOOM! Studios today announced that fans of  BRZRKR, the original comic book series from the iconic star Keanu Reeves, who purchase BRZRKR #1 and BRZRKR #2 will be eligible to receive a free surprise eighth printing of the premiere issue of James Tynion IV and Werther Dell’Edera’s Eisner Award-nominated hit phenomenon, SOMETHING IS KILLING THE CHILDREN #1, available in participating local comic shops on April 28, 2021 while supplies last.

With its record-breaking sales, BRZRKR became a worldwide phenomenon from its very first issue, bringing in brand new readers and introducing fans across the globe to their first ever comic book series. Now, in appreciation of their overwhelming excitement and support, BOOM! Studios is proud to announce an unprecedented opportunity for fans to discover their next favorite comic book series in SOMETHING IS KILLING THE CHILDREN.

SOMETHING IS KILLING THE CHILDREN #1 EIGHTH PRINTING, featuring new cover art by artist Francesco Mobili, and BRZRKR #2 will be available on April 28th, 2021. Fans who bring their copy of BRZRKR #1 (or proof of purchase) with them when they purchase BRZRKR #2 will be eligible to receive a free copy of SOMETHING IS KILLING THE CHILDREN #1 EIGHTH PRINTING. This promotion is only available at participating local comic shops while supplies last.

“The unparalleled global popularity of BRZRKR inspired BOOM! Studios to offer new comic book readers and fans a chance to discover another hit series in a unique way,” said Filip Sablik, President, Publishing and Sales, BOOM! Studios. “In order to meet the excitement and demand of BRZRKR readers, SOMETHING IS KILLING THE CHILDREN #1 EIGHTH PRINTING is our largest print run of this inaugural issue to date – in fact, it’s as big as the previous seven printings combined!”

SOMETHING IS KILLING THE CHILDREN is the Eisner Award-nominated horror series from GLAAD Award-winning author James Tynion IV (The Woods, Batman), artist Werther Dell’Edera (Briggs Land), colorist Miquel Muerto (Bury the Lede), and letterer AndWorld Design (Martian Manhunter), about the close-knit community of Archer’s Peak, rocked by a series of murders, and Erica Slaughter, a mysterious figure who rides into town claiming she can stop the brutal attacks turning their lives upside down.

BRZRKR and SOMETHING IS KILLING THE CHILDREN are the newest releases from BOOM! Studios’ eponymous imprint, home to critically acclaimed original series, including Proctor Valley Road by Grant Morrison, Alex Child, and Naomi Franquiz; We Only Find Them When They’re Dead by Al Ewing and Simone Di Meo; Seven Secrets by Tom Taylor and Daniele Di Nicuolo; Once & Future by Kieron Gillen and Dan Mora; Abbott from Saladin Ahmed and Sami Kivelä; and upcoming series The Many Deaths of Laila Starr by Ram V and Filipe Andrade. The imprint also publishes popular licensed properties including Magic by Jed MacKay and Ig Guara; Dune: House Atreides by Brian Herbert, Kevin J. Anderson, and Dev Pramanik; and Mighty Morphin and Power Rangers series from Ryan Parrott, Marco Renna, and Francesco Mortarino.

Print copies of BRZRKR #1 are available now at local comic book shops (use comicshoplocator.com to find the nearest one) or at the BOOM! Studios webstore. BRZRKR #2 and SOMETHING IS KILLING THE CHILDREN #1 EIGHTH PRINTING will be available at local comic book shops on April 28, 2021. Digital copies can be purchased from content providers, including comiXology, iBooks, Google Play, and Madefire.

For continuing news on the BRZRKR  and SOMETHING IS KILLING THE CHILDREN series and more from BOOM! Studios, stay tuned to www.boom-studios.com and follow @boomstudios on Twitter. 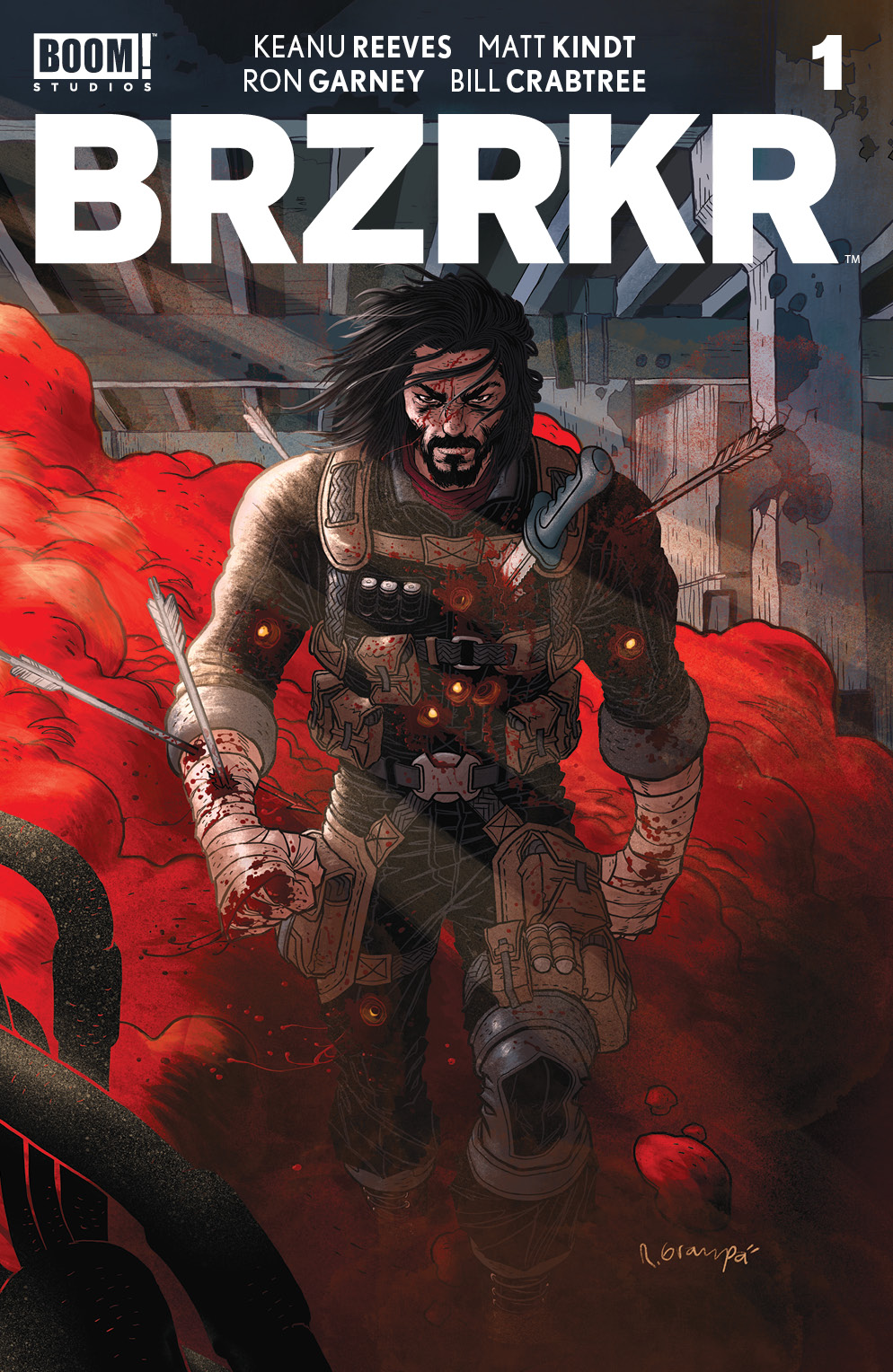 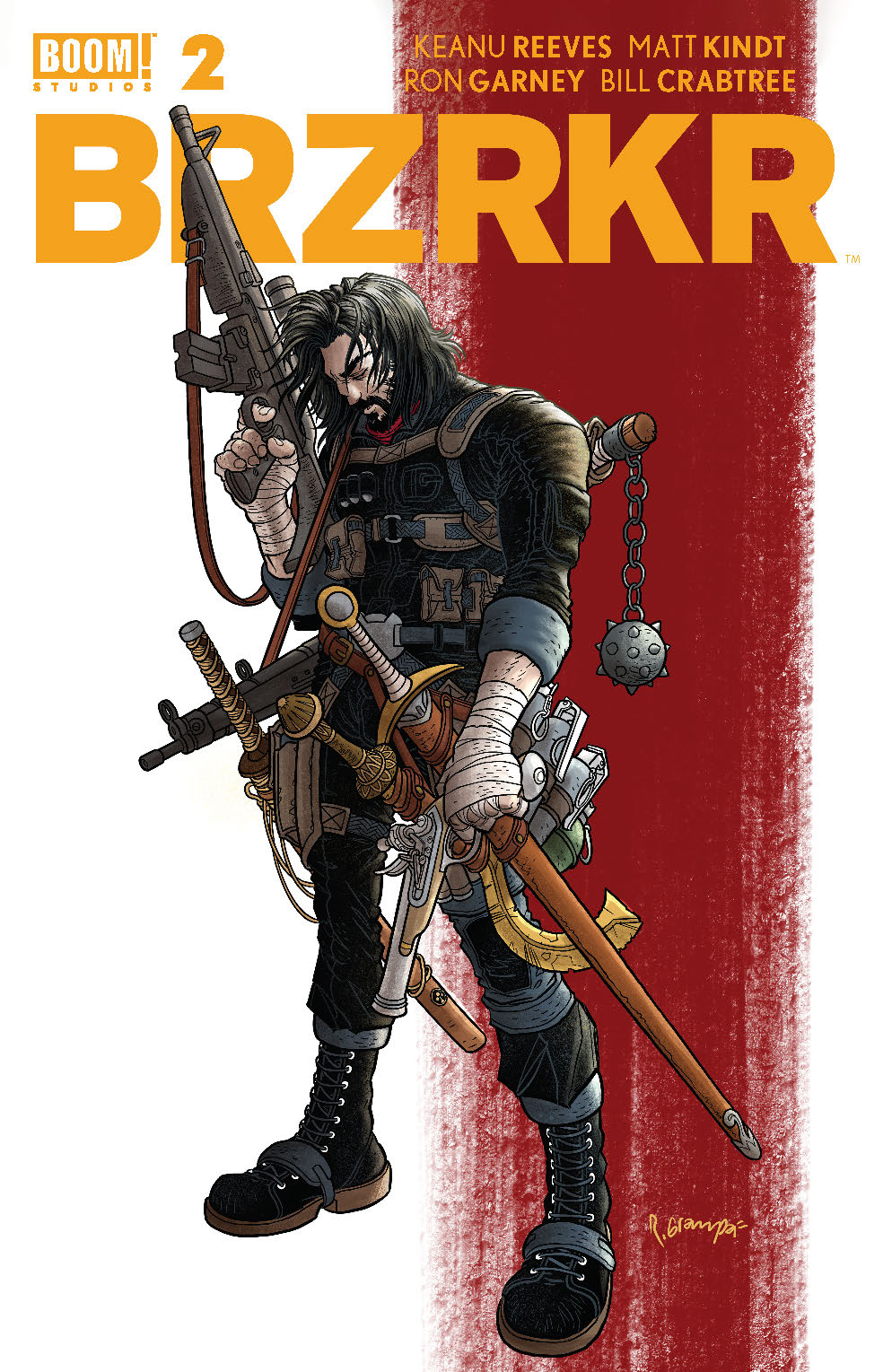