“Everything you could want from a comic book. Truly. ”—Scott Snyder, “Dark Knights: Death Metal” 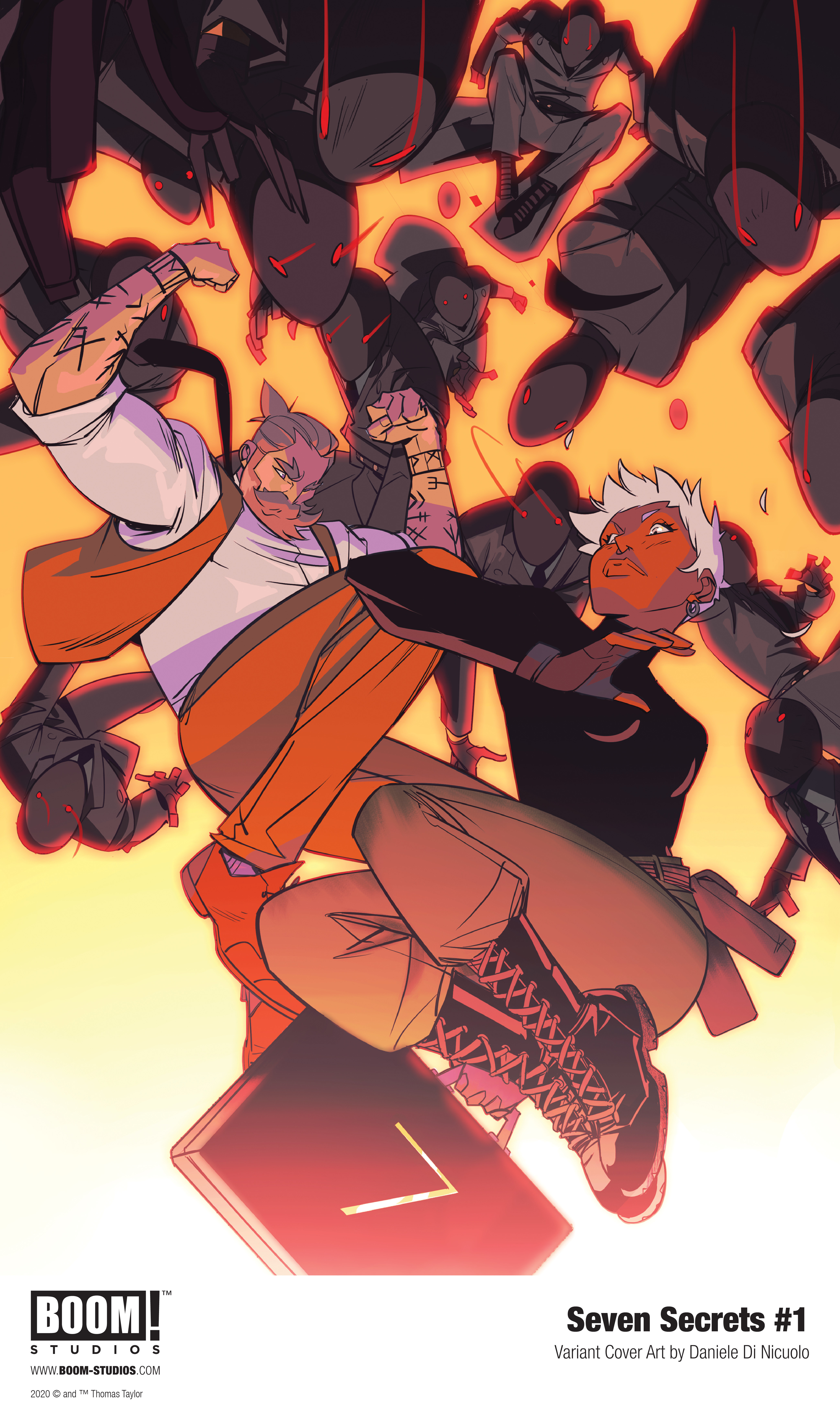 This is a surprise variant cover for comic shops as part of the groundbreaking Day One Retailer Support Services Program, an industry-first plan to support comic shops and their communities worldwide through December 2020. More details on the program can be found right here.

“SEVEN SECRETS is our highest launching original series in the history of the company and we want to make sure every comic shop retailer has a chance to read it before it hits stands,” said Filip Sablik, President, Publishing & Sales, BOOM! Studios. “It’s no secret that Tom, Daniele, Walter, and Ed have created a Must Read series that already has the comics world buzzing and it will only get bigger when it officially hits stores on August 12.”

In the world of SEVEN SECRETS, the Order has trusted in Keepers and Holders to guard the Secrets in seven briefcases against all harm for centuries but when their stronghold is attacked and the secrets put in peril, the entire Order must face their greatest fear—an enemy who knows too much and is willing to kill to get what he wants.

Print copies of SEVEN SECRETS #1 will be available on August 12, 2020exclusively at local comic book shops (use comicshoplocator.com to find the one nearest you) or at the BOOM! Studios webstore. Digital copies can be purchased from content providers like comiXology, iBooks, Google Play, and Madefire.

For continuing news on the SEVEN SECRETS series and more from BOOM! Studios, stay tuned to www.boom-studios.com and follow @boomstudios on Twitter.

Wayne’s Worlds: The Joys and Dangers of Store Subscription Services

THE SECRETS OF APOCALYPSE’S GRIMOIRE. THE HIGH LORD RICTOR. MYSTERIES IN THE STARLIGHT CITADEL.