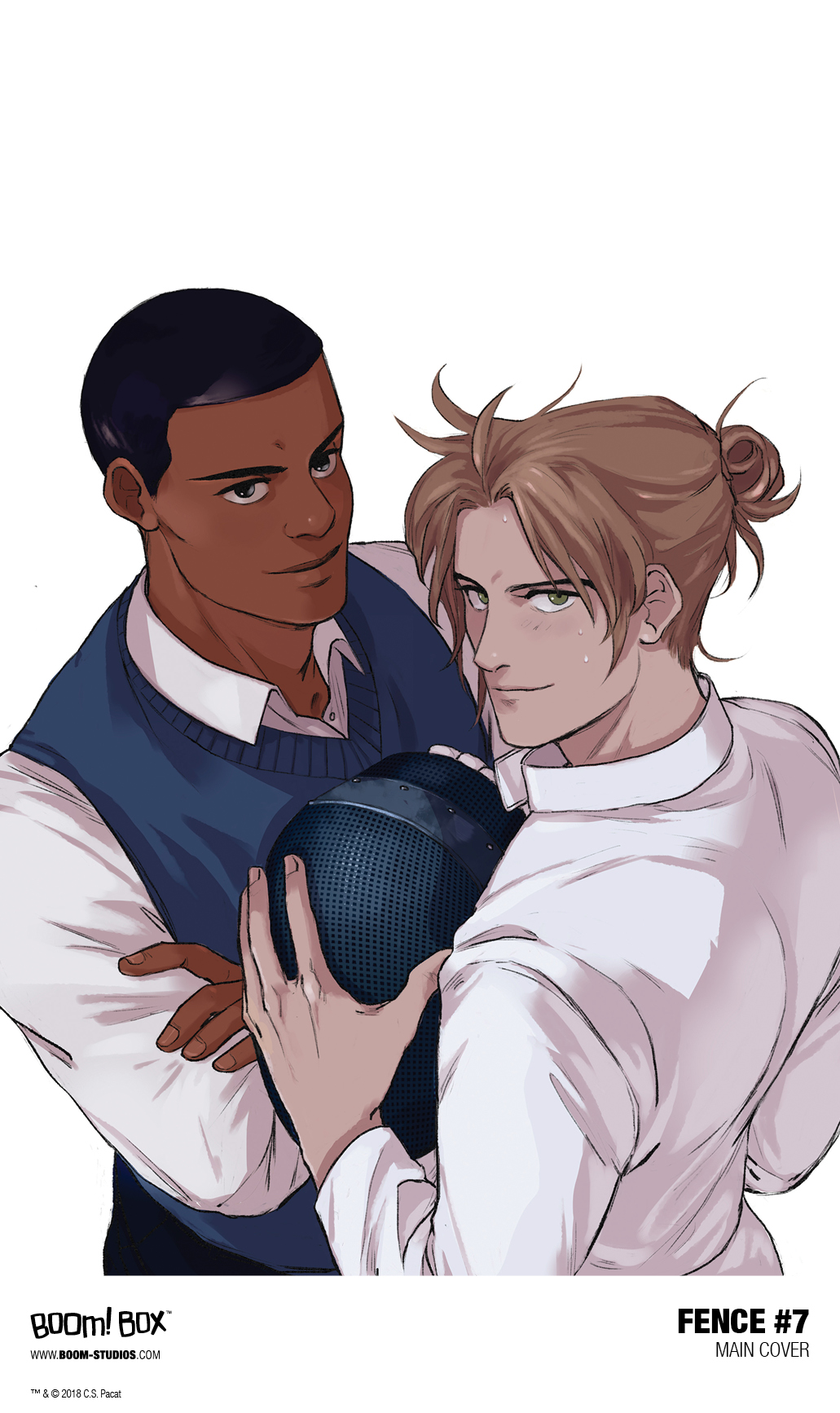 March 20, 2018 (Los Angeles, CA) – BOOM! Studios is proud to reveal the cover to FENCE #7 from superstar artist HamletMachine. Drawing acclaim worldwide for their charged and dynamic art, HamletMachine makes her debut in June 2018 as the new cover artist to the hit series from best-selling novelist C.S. Pacat (Captive Prince) and popular online sensation Johanna The Mad. Since its launch from the groundbreaking BOOM! Box imprint in November 2017, Fence has brought together the worlds of teen soap opera with the adrenaline rush of competitive fencing for an exciting journey of self-discovery that has won over legions of fans worldwide. As Nicholas pushes to be recognized as Seiji’s true equal, their intense conflict reaches the next level – with surprises in store for both competitors.

Plus, don’t miss FENCE VOL.1 DISCOVER NOW EDITION, a comic-shop exclusive collection featuring the first four issues from the sensational series, also featuring a cover by Shanen Pae, with an MSRP of $9.99.

“We’ve been really lucky to have incredible artists like Johanna The Mad and Shanen Pae deliver exciting covers for FENCE and HamletMachine is a perfect addition to our family at Kings Row,” said Dafna Pleban, Editor, BOOM! Studios. “HamletMachine brings a special spark to everything she illustrates that’ll leave you just as breathless as the twists & turns that C.S. Pacat and Johanna The Mad create every month.”

In July, a standard edition of FENCE VOL.1, featuring a different cover and including additional behind-the-scenes material, will be released to comic shops and bookstores worldwide, with an MSRP of $9.99. While this standard version will remain in print, FENCE VOL.1 DISCOVER NOW EDITION will be strictly limited to the initial print run and then never reprinted again.

For news on FENCE and more from BOOM! Studios, stay tuned to www.boom-studios.com and follow @boomstudios on Twitter. 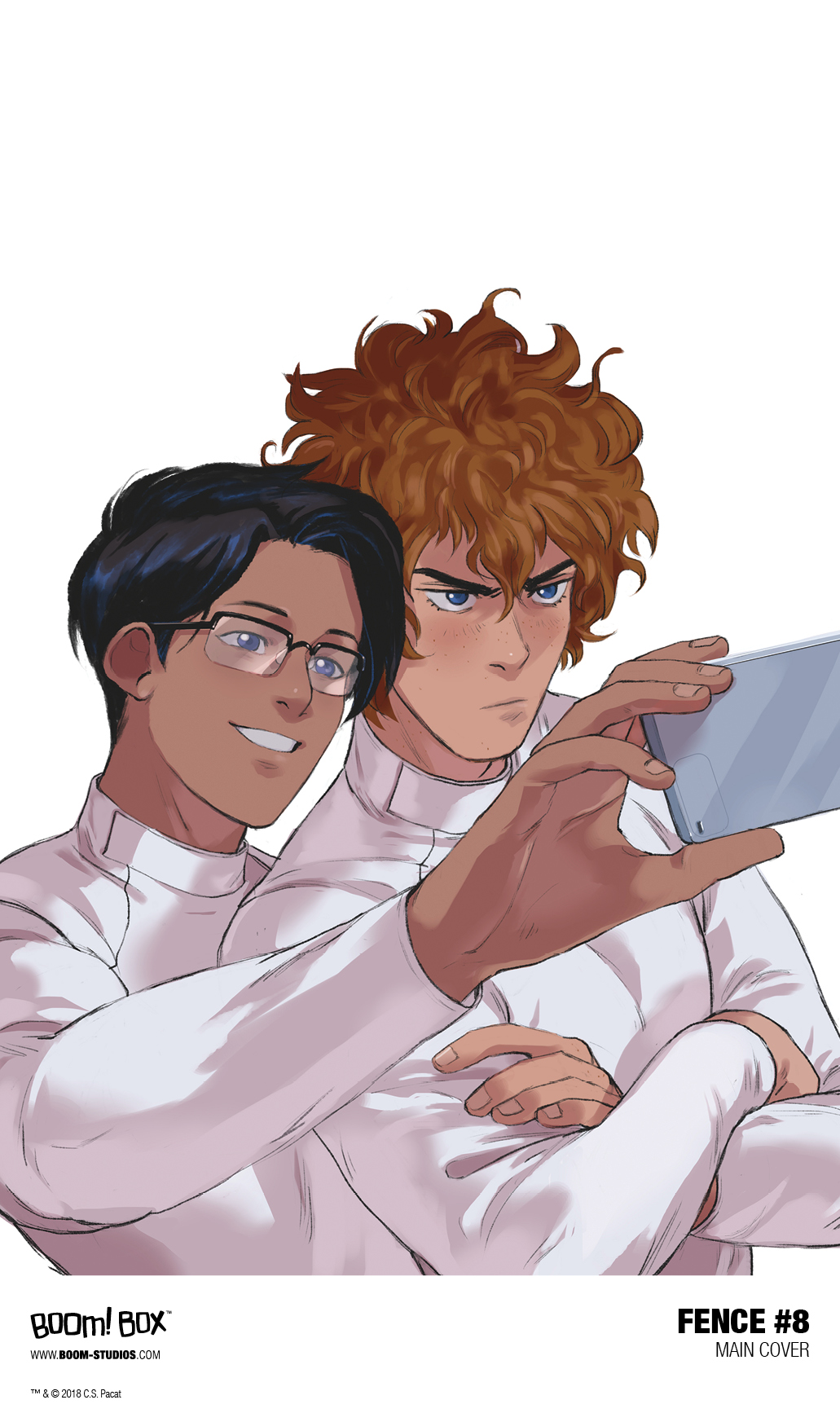 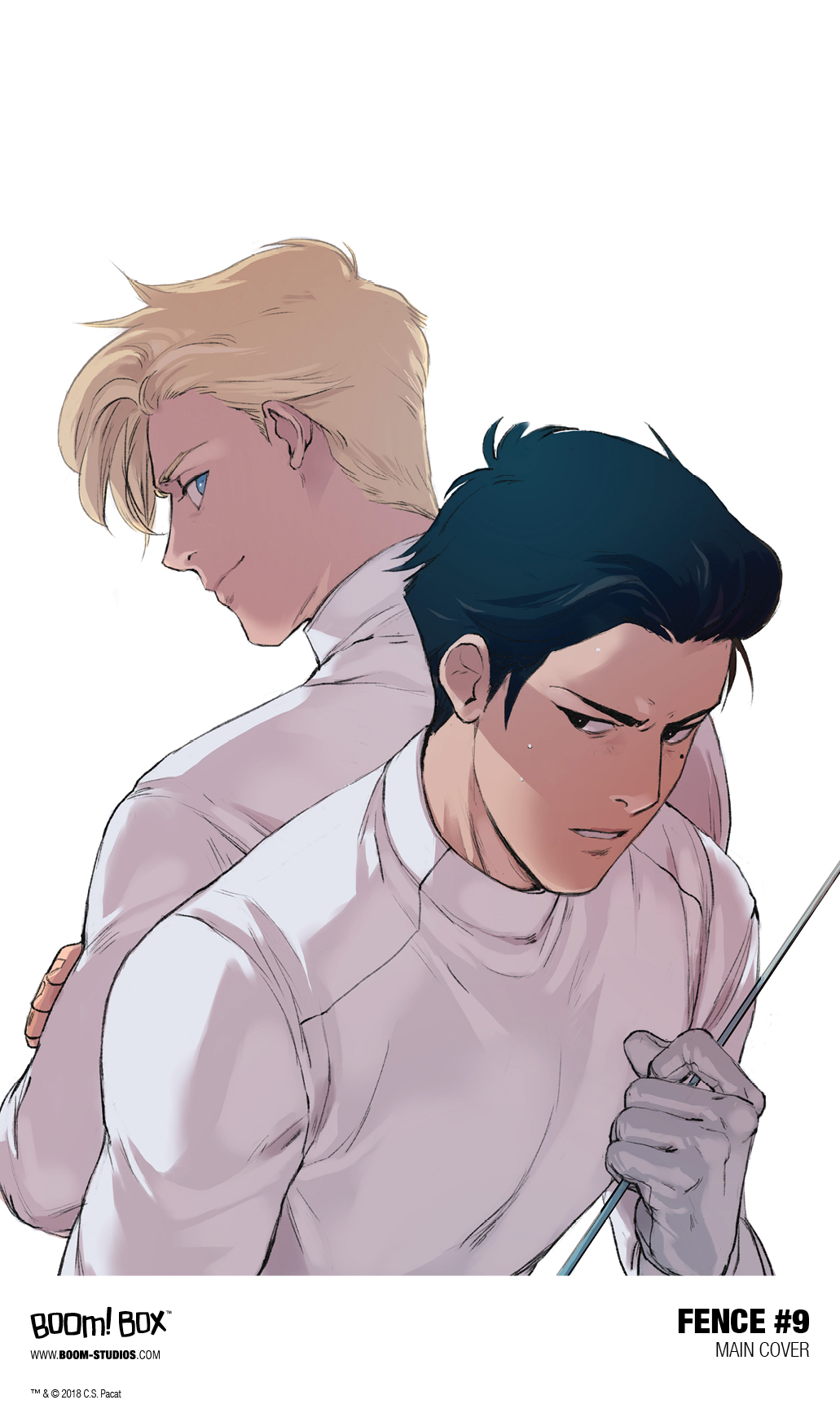