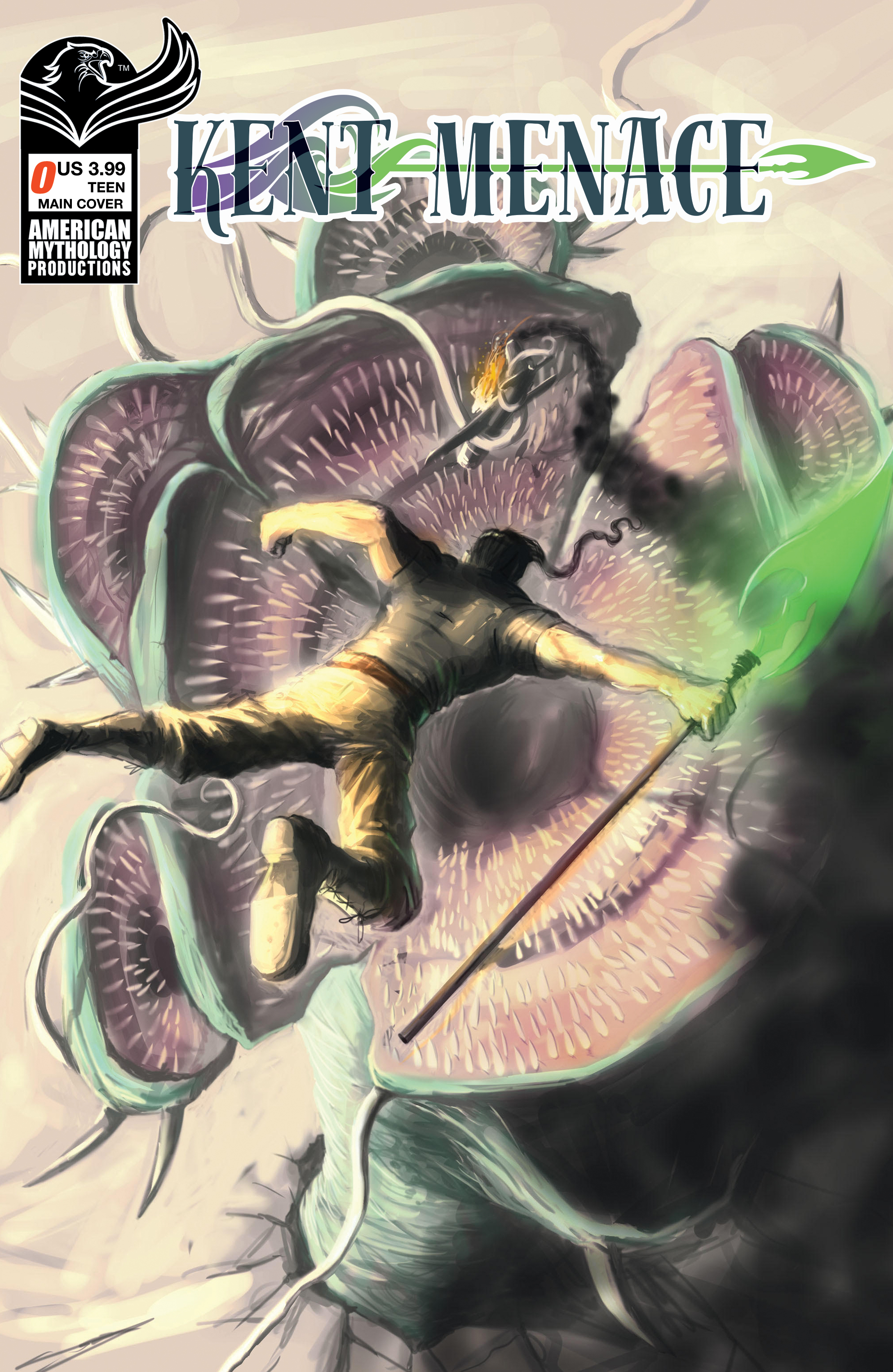 [Baltimore, Maryland] – He has been called a “Weird Hero for Today” and an “Aquaman on Acid.” This May, the amazing first adventures of Scott Braden and Mike Malbrough’s “Mysterious Mariner” will be available to readers and comic book fans worldwide within the pages of Kent Menace #0: The Director’s Cut, courtesy of American Mythology Productions.

The fictional Kent Menace has a back story that’s pure pulp – think watery depths, infernal fighting techniques, a pirate king father, and a Tritonblade imbued with the power of time travel, all leading up to an epic battle on which the fate of the world depends.

While Kent Menace faces mythological foes and grapples with making the ultimate sacrifice, here in the real world, Kent’s creators have labored long to see their hero brought to life in the pages of their comic book.

Writer Scott Braden originally conceived the character and back story in 1999, and it was Braden’s collaboration with artist Mike Malbrough that breathed life into the supernatural sailor.  Every aspect of the forthcoming American Mythology Productions title, scheduled for a May 12, 2021 release, is layered with deep, geeky knowledge and reverence for the comic book as a genre.

Kent Menace is a decidedly reflexive, self-referential comic book, and Braden is all too aware of his hero’s place in a long line of meta-fiction.  Braden cites Grant Morrison’s “critically acclaimed revamp of DC Comics’ Animal Man; a four-color story impressing upon me what it would be like if a fictional figure came to life,” as one of the forbears of Kent Menace, a comic book hero who unexpectedly finds himself ripped from the pages of his fictional quests, followed, of course, by nightmarish creatures who threaten the world we puny mortals inhabit.