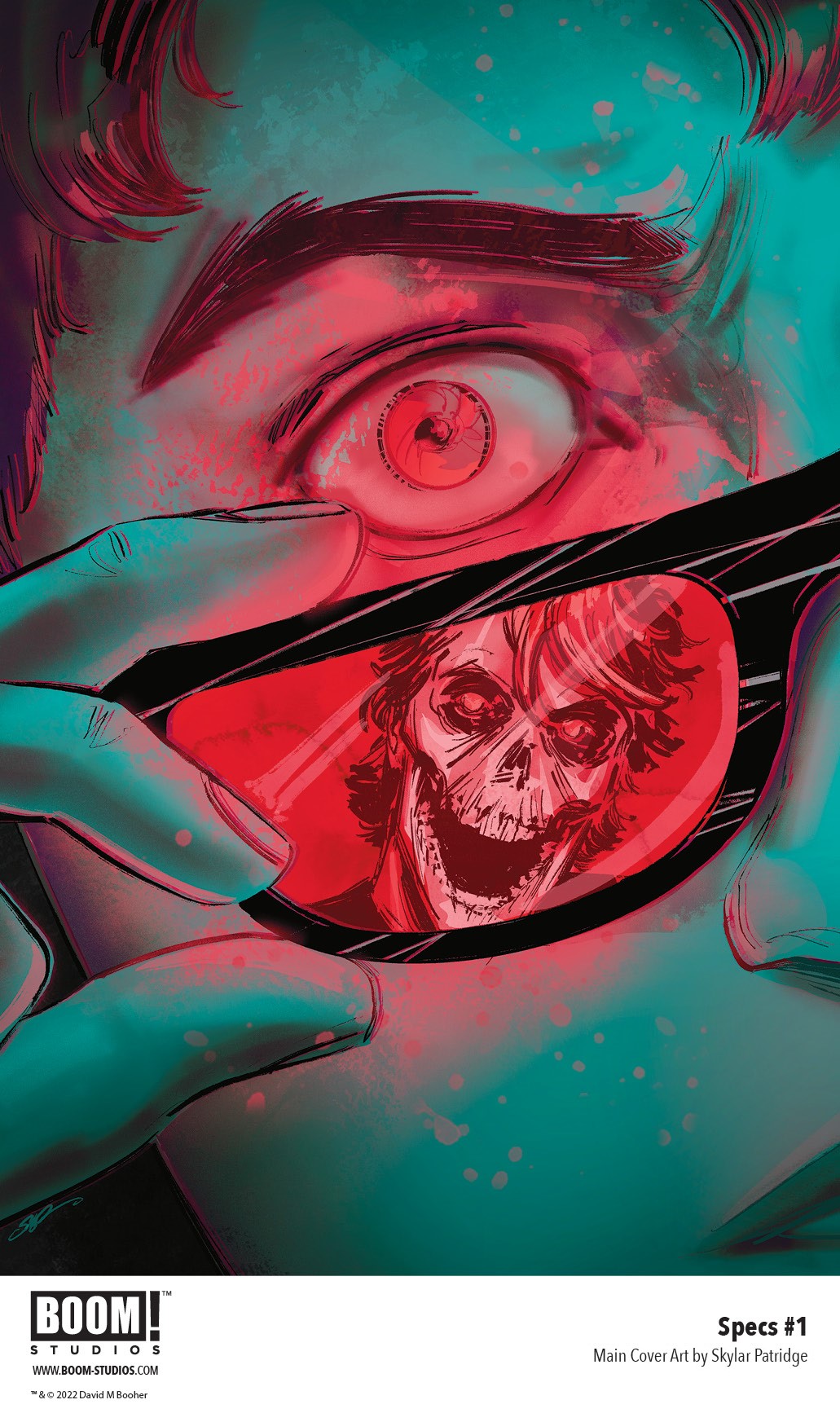 All that high school students Kenny and Ted want is to not feel like outcasts in their small town in Ohio. But their world is turned upside down when the Magic Specs they ordered unlock a world of unforeseen possibilities. . . and consequences. Their fun starts out innocent enough, but when they wish that their bully would disappear, things take a cursed turn, with far darker results than they thought possible…

Channeling his love of 80’s sci-fi, fantasy, and horror, David M. Booher writes for TV, film, and comics. He co-created and wrote fan-favorite fantasy Canto from IDW, now in development as a motion picture with Will Smith’s Westbrook Studios and with David adapting the screenplay. David’s credits also include All-New Firefly for BOOM! Studios, Killer Queens from Dark Horse Comics, the comic adaptation of Joe Hill’s novella Rain for Image Comics, and Alien Bounty Hunter and Powerless from Vault Comics. An attorney by training, David lives in Los Angeles with his husband and the true brains behind their operation—their adopted greyhounds.

“SPECS is my most personal story so far. As a gay kid who grew up in the Midwest, I know how it feels not to fit it. Kenny and Ted’s story as outsiders, filtered through the lenses of wish-granting novelty glasses, is my way of reminding that little kid that he’ll find his place in the world,” said Booher.

Chris Shehan is an American comic artist living in Austin, TX. They have been published by Vault Comics, Black Mask Studios, Scout Comics, A Wave Blue World, and Titan Books. Chris is best known as the artist for the bestselling series House of Slaughter from BOOM! Studios. They are also the artist and co-creator of The Autumnal from Vault Comics. They can be found on Twitter and Instagram @ChrisShehanArt.

“A story about a magic item that grants wishes… what could possibly go wrong?” said Shehan.  “David Booher, as usual, poured a lot of heart into SPECS and bringing that to life has been such a joy for me.”

“SPECS is ’80s adventure movies, supernatural horror, and small town kids going through some very strange events that will change them and their friendships forever,” said Elizabeth Brei, Editor, BOOM! Studios. “David and Chris have perfectly captured the chaos of teens caught in a trap of their own making and it’ll be up to you, dear readers, to find out if they manage to escape with their lives or sanity intact.”

SPECS is the newest release from BOOM! Studios’ eponymous imprint, home to critically acclaimed original series, including BRZRKR by Keanu Reeves, Matt Kindt, and Ron Garney; Something is Killing the Children by James Tynion IV and Werther Dell’Edera; Once & Future by Kieron Gillen and Dan Mora; We Only Find Them When They’re Dead by Al Ewing and Simone Di Meo; Seven Secrets by Tom Taylor and Daniele Di Nicuolo; The Many Deaths of Laila Starr by Ram V and Filipe Andrade; Basilisk by Cullen Bunn and Jonas Scharf; Grim by Stephanie Phillips and Flaviano; and the upcoming series Briar by Christopher Cantwell and Germán García, Stuff of Nightmares by R.L. Stine and A,L. Kaplan, Damn Them All by Si Spurrier and Charlie Adlard; The Approach by Jeremy Haun, Jason A. Hurley, and Jesus Hervas, and Behold, Behemoth by Tate Brombal and Nick Robles. The imprint also publishes popular licensed properties, including Dune: House Atreides from Brian Herbert, Kevin J. Anderson, and Dev Pramanik; Mighty Morphin and Power Rangers from Ryan Parrott, Mat Groom, Moises Hidalgo, and Marco Renna; and Magic from Jed McKay and Ig Guara.

Print copies of SPECS #1 will be available for sale in November 2022 exclusively at local comic book shops (use comicshoplocator.com to find the nearest one) or at the BOOM! Studios webstore. Digital copies can be purchased from content providers, including comiXology, iBooks, Google Play, and Kindle.

For continuing news on SPECS and more from BOOM! Studios, stay tuned to boom-studios.com and follow @boomstudios on Twitter. 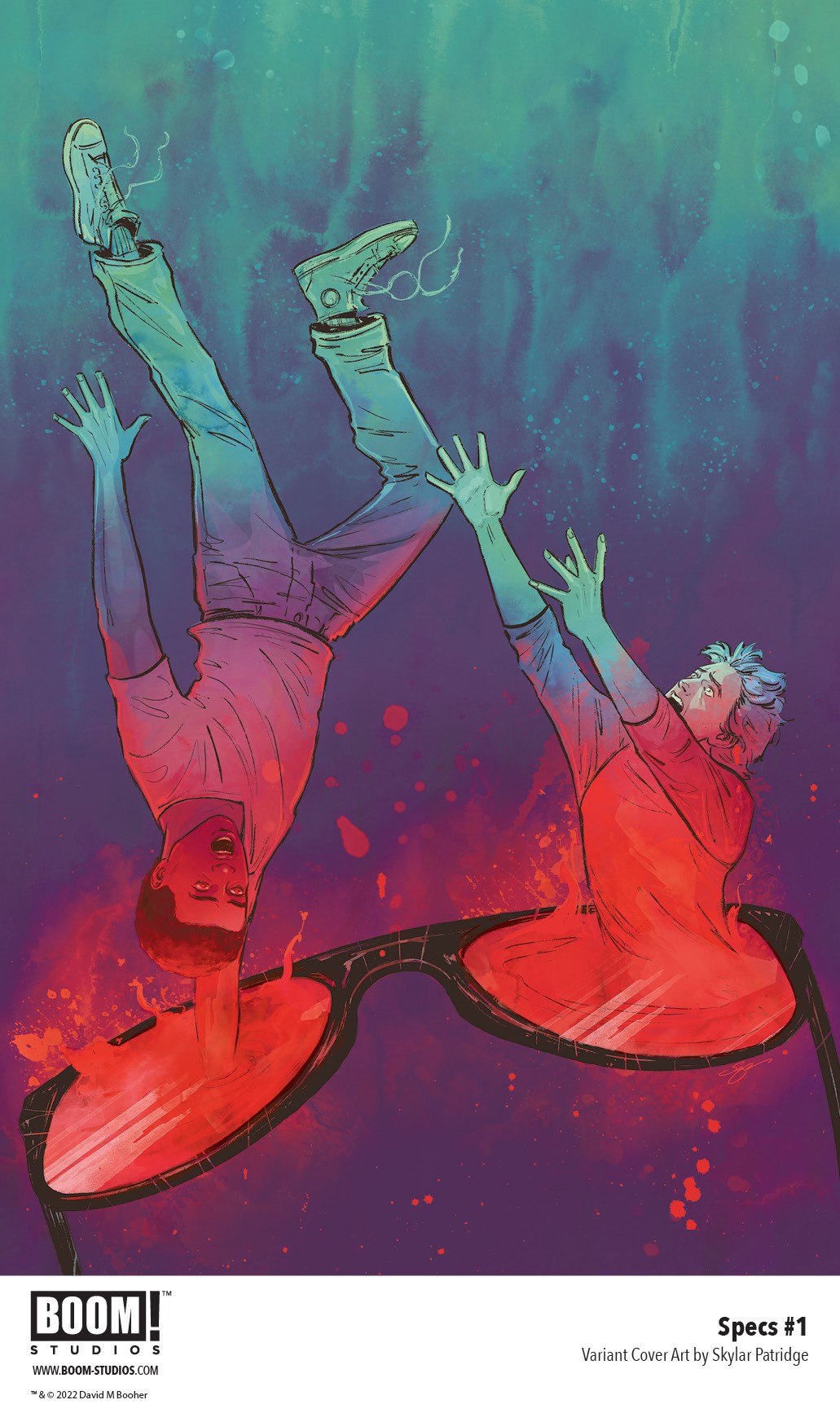 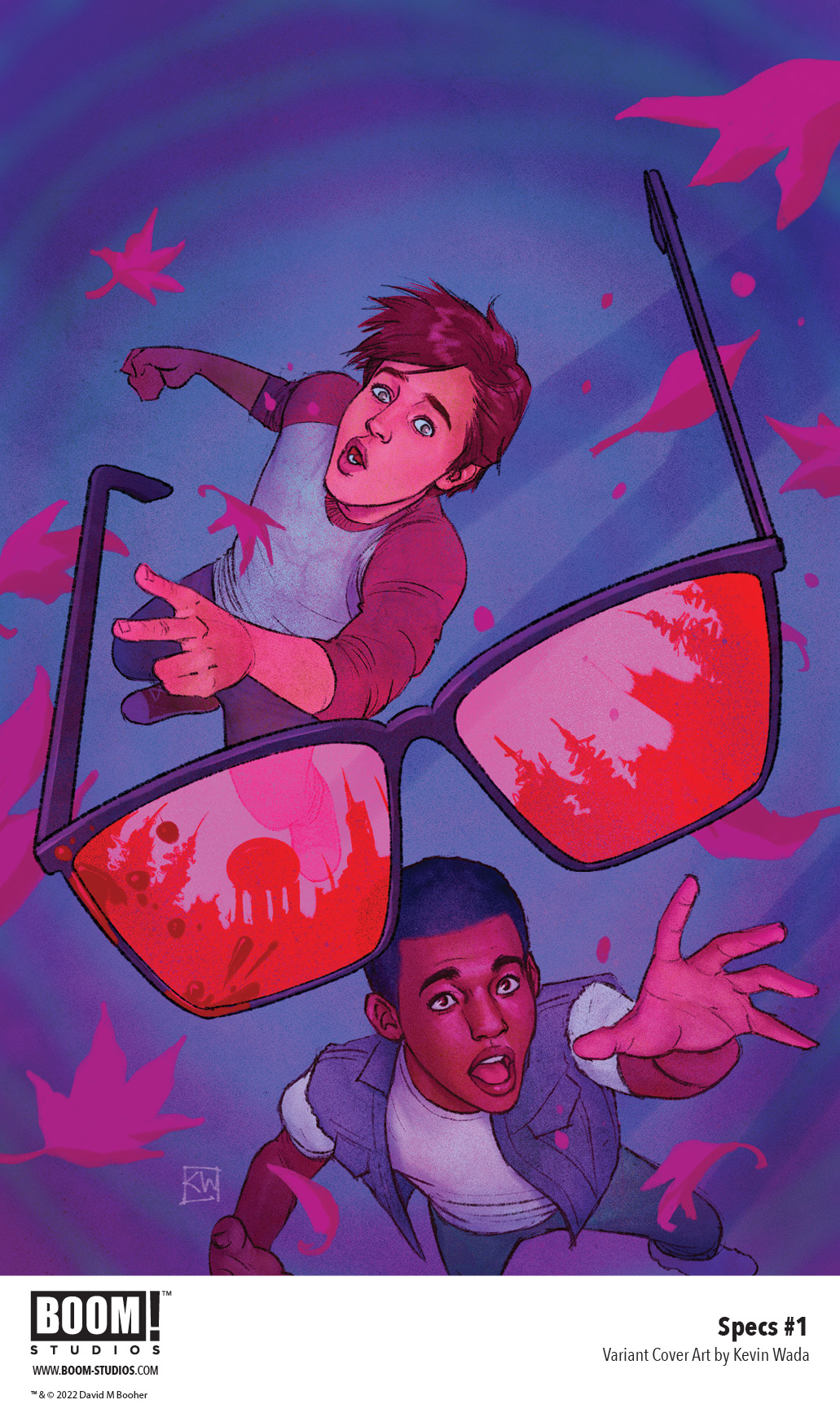 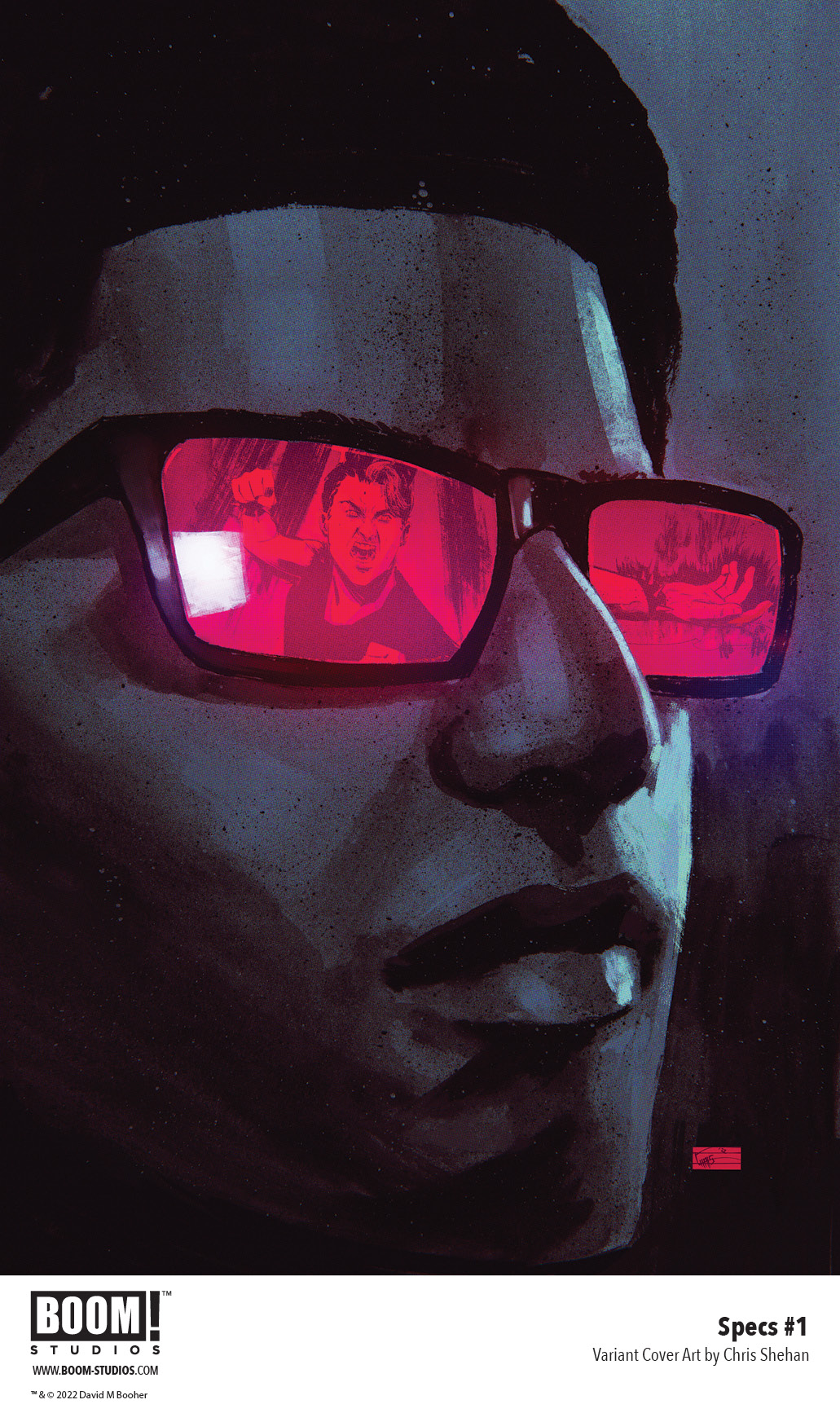