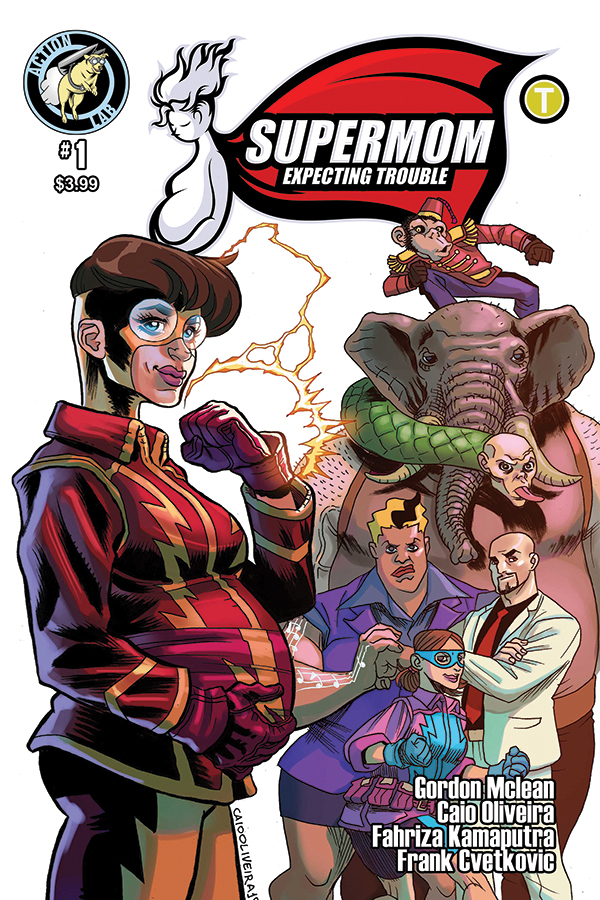 Action Lab Entertainment presents the five issue superhero family drama SUPERMOM: EXPECTING TROUBLE, starting this December! The series offers the ultimate dilemma: a pregnant superhero’s quest to stop her arch-nemesis from taking over the world is made oh-so-much harder by the fact that he’s the baby’s father.

When talking about his title, creator/writer Gordon Mclean said, “It’s a fast and funny mix of crazy fights and big laughs with characters you’ll quickly come to care about and some emotional tugs of the hearts. There’s also twists and surprises and I guarantee no-one will successfully guess how the big finale plays out. Plus there’s beautiful art from a team who’ve put so, so many hours into this. And there’s evil clown monkeys. I mean come on! What more do you need?”

After being asked what he wants the reader to get out of the story, Gordon commented, “I want to make them laugh as much as possible and care so much about the characters that they need to pick up the next issue to see what happens next.” 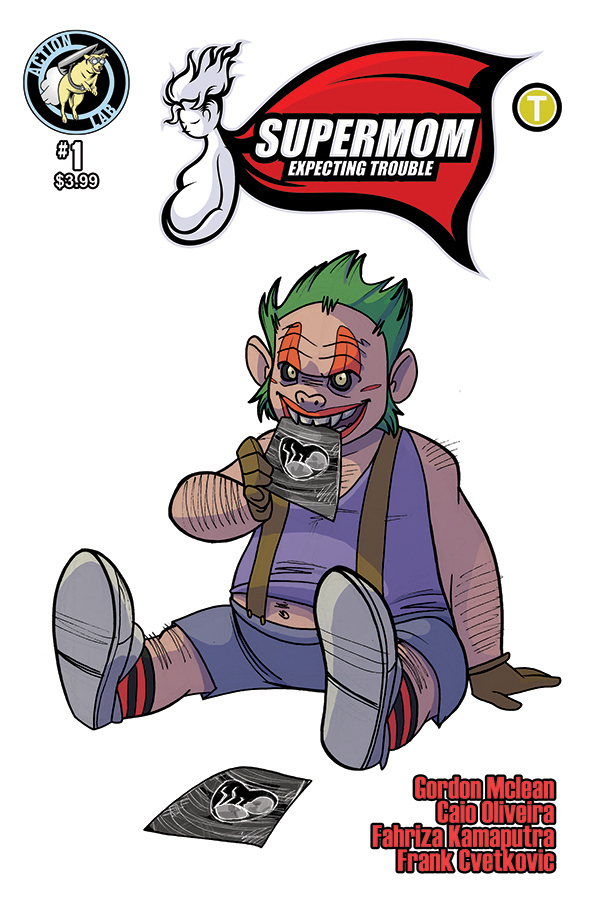 Gordon then went into detail about the origins of SUPERMOM, thanks in part to a superperson in his life: “My Uncle David was a big supporter of my work. He loved Caio and I’s previous comic [No More Heroes] and would send me money to help with printing costs and regularly ask when we’d be doing another one. One day he messages me on Facebook to ask this again and then asks how much it would cost to do a big full colour comic. I said a few grand at least. He made a joke about funding the next one if he won the Lottery. I joked back that I’d hold him to that. Five months later my Uncle David passed away. Cancer. In his will he’d left me money to do another comic with Caio.

“It still blows my mind that in his final months he took the time to think of me and take care of me in his will. I can obviously never thank him for what he did and so instead I’ve done everything I can to make this the best comic we possibly can. When the money ran out I sold some stuff from my comics and art collection (things I thought I’d never sell) so that the comic could be completed. I can never thank him but I can damn sure do whatever it takes to make a comic worthy enough of his act.”

Gordon talked about the book’s other inspiration as well: “A big inspiration on the comic was my mother Jean. She never knew this. She knew I was working on a comic about a pregnant superhero but I kept secret that a lot of memories of her from over the years (especially the time when she was pregnant with my youngest sister) were inspiring what happened on the page. I couldn’t wait to show her the comic and see her face when I revealed this to her. 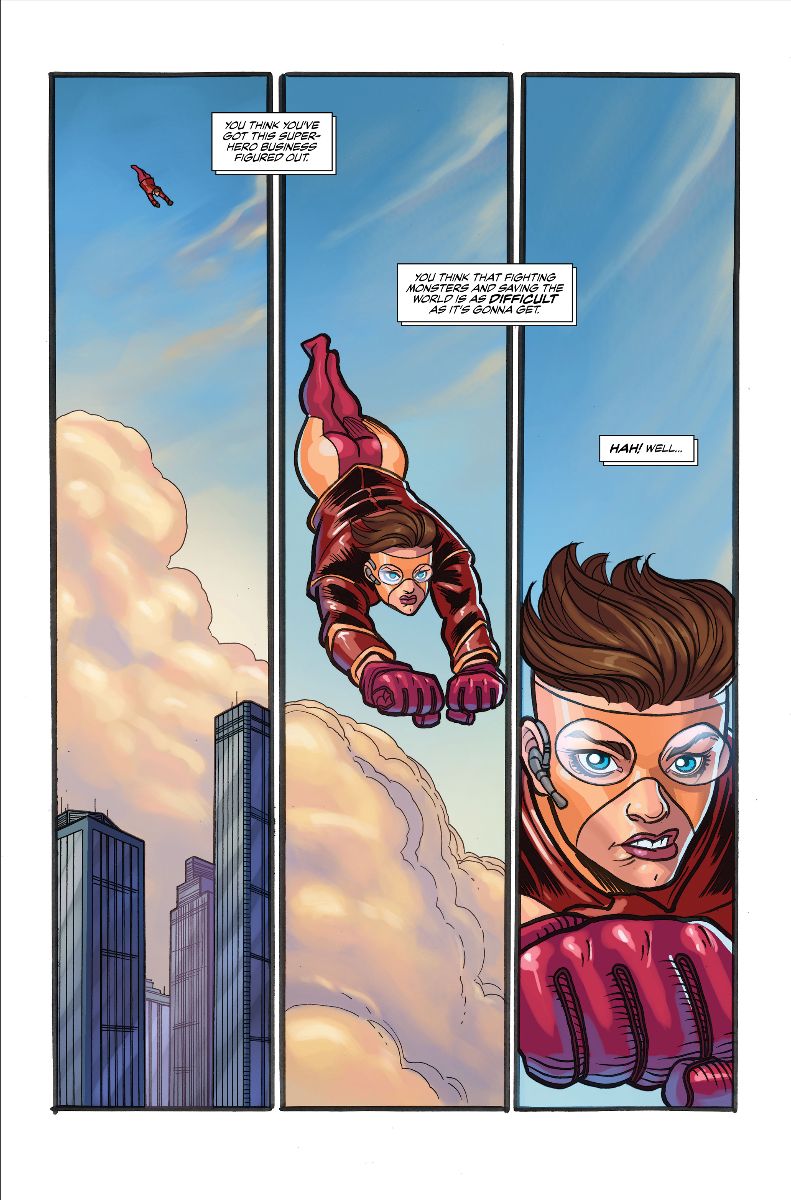 “Just like cancer took my Uncle David it took my mother before I could put issue 1 in her hands. What was meant to be a celebration is now a tribute and this too has fueled me to do whatever it takes to the get the comic out.

“I’ve done everything I can to try and make this comic a success because of the wonderful woman who brought me into the world and inspired so much of SUPERMOM and the kindly uncle who showed heartbreaking generosity and support in his final months. I hope I’ve done them both proud.”

Gordon will be available for interviews; press can contact him at gordon_rcvs@yahoo.co.uk. Plus you can get an advance review copy of SUPERMOM: EXPECTING TROUBLE #1.

THE HURT LOCKER MEETS THE WIZARD OF OZ IN “THE O.Z.,” LIVE NOW ON KICKSTARTER