Discover Hidden Origins and Shocking Reunions in Two All New Stories From The Hit Franchises On May 4, 2019 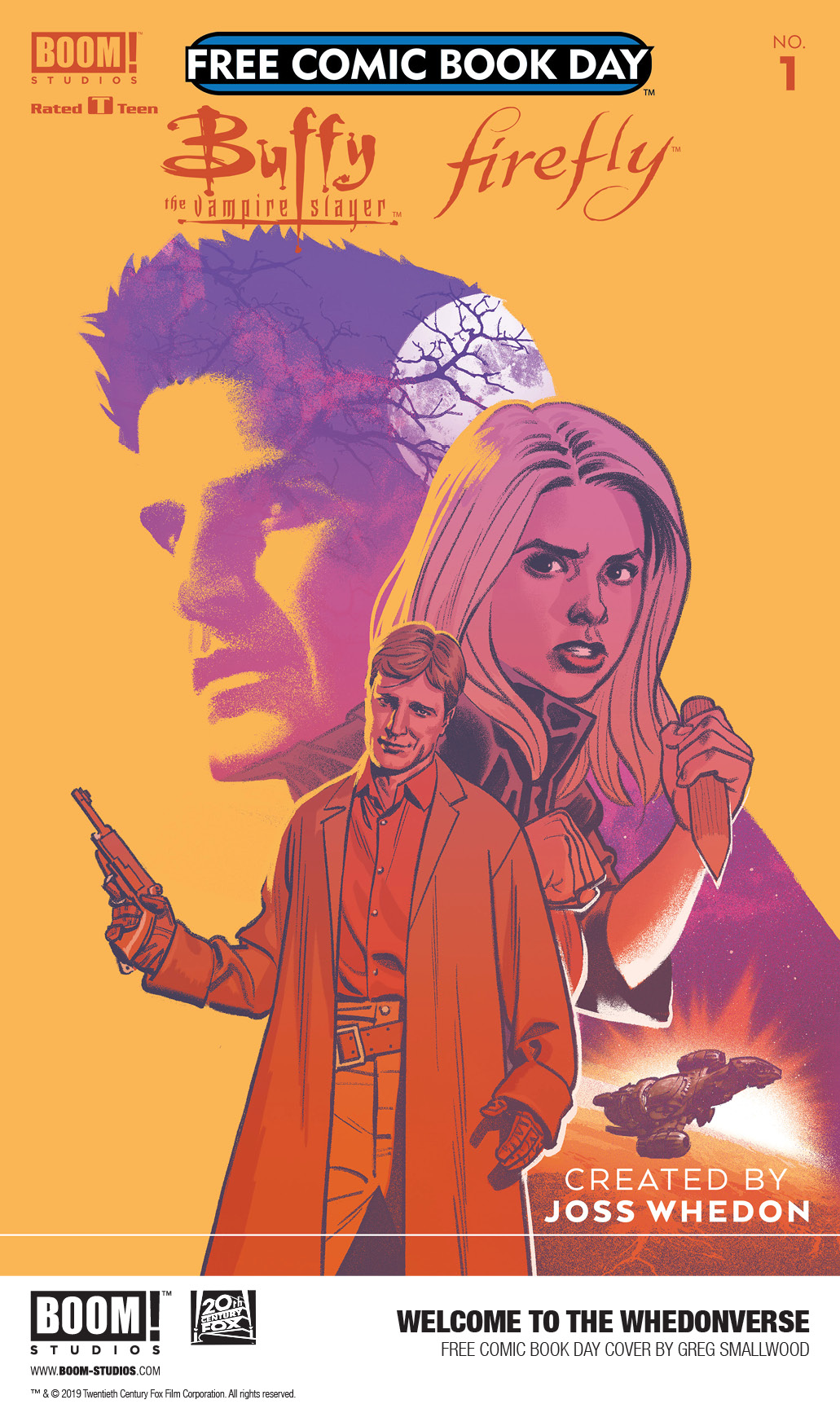 This FREE comic, released in partnership with 20th Century Fox Consumer Products, is the perfect jumping-on point for the “Whedonverse” with all new stories from the worlds of BOOM! Studios’ hit series Buffy The Vampire Slayer and Firefly.

First, dive into the secret origins of Boss Moon, the brand new character who made her first appearance in Greg Pak and Dan McDaid’s Firefly #2. This special origin story reveals how the relentless Unificator was recruited by the Alliance to hunt down Captain Malcolm Reynolds and Zoë Alleyne Washburne, written by Firefly series writer Greg Pak (Ronin Island, Mech Cadet Yu) and illustrated by Ethan Young (Ronin Island).

Created by Whedon and set 500 years in the future in the wake of a universal civil war, Firefly centers on the crew of Serenity, a small transport spaceship that doesn’t have a planet to call home. Mal Reynolds, a defeated soldier who opposed the unification of the planets by the totalitarian Alliance, will undertake any job — legal or not — to stay afloat and keep his crew fed. Thrust together by necessity but staying together out of loyalty, these disparate men and women are seeking adventure and the good life, but face constant challenges on the new frontier, such as avoiding capture by the Alliance, and evading the dangers you find on the fringes of the universe.

In the second exclusive story, it’s the beginning of Buffy vs. Angel as the Slayer makes a surprise visit to Anya’s magical emporium in search of an extremely rare and dangerous item that might be the solution to fixing an impossible problem. But she’s got competition, and fans will have to pick up this special issue to find out what happens when the Slayer, vampires, and the magic of cursed souls all converge on the same place in this hit reimagining of the cult television sensations. Writer Jordie Bellaire (Redlands), with artists Dan Mora (Klaus, Once & Future) and Serg Acuña (WWE), continues the bold reimagining of the groundbreaking mythology that changed pop culture forever.

“BOOM! Studios is excited to celebrate Free Comic Book Day 2019 with all new stories from the hit comic book series based on Joss Whedon’s pop culture sensations! Fans of the series will find out just how Boss Moon became a Unificator, and how far Buffy is willing to go to save her friends. It’s also a great starting point for longtime Whedonverse fans.” said Jeanine Schaefer, Executive Editor, BOOM! Studios. “There’s a first meeting in this that readers won’t want to miss, as well as a meeting of old friends that will change the way you see these characters! WELCOME TO THE WHEDONVERSE is required reading for ANGEL, BUFFY THE VAMPIRE SLAYER, and FIREFLY fans and new readers alike!”

Print copies of WELCOME TO THE WHEDONVERSE FCBD SPECIAL will be available for FREE on May 4th, 2019 exclusively at local comic book shops (use comicshoplocator.com to find the nearest one). 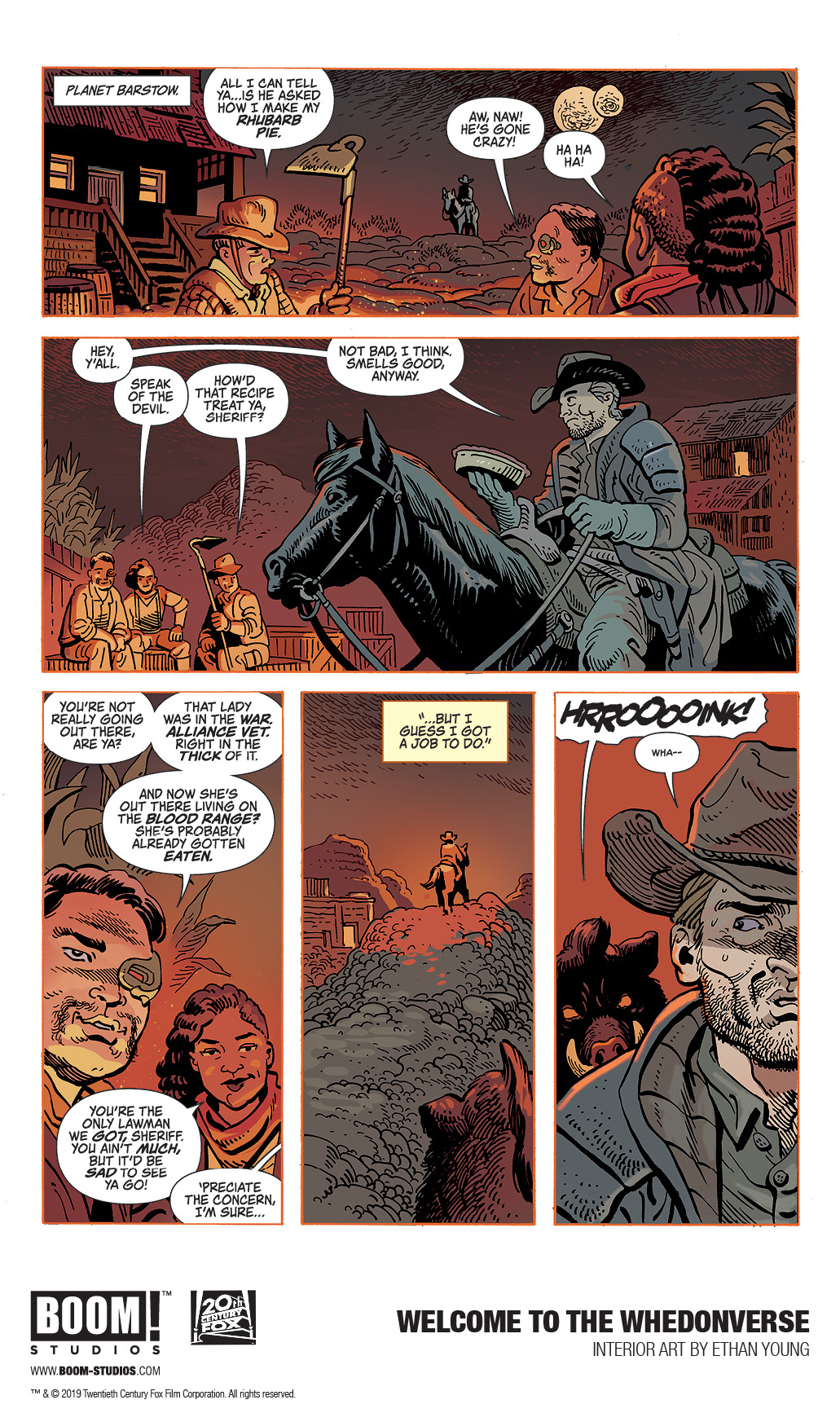 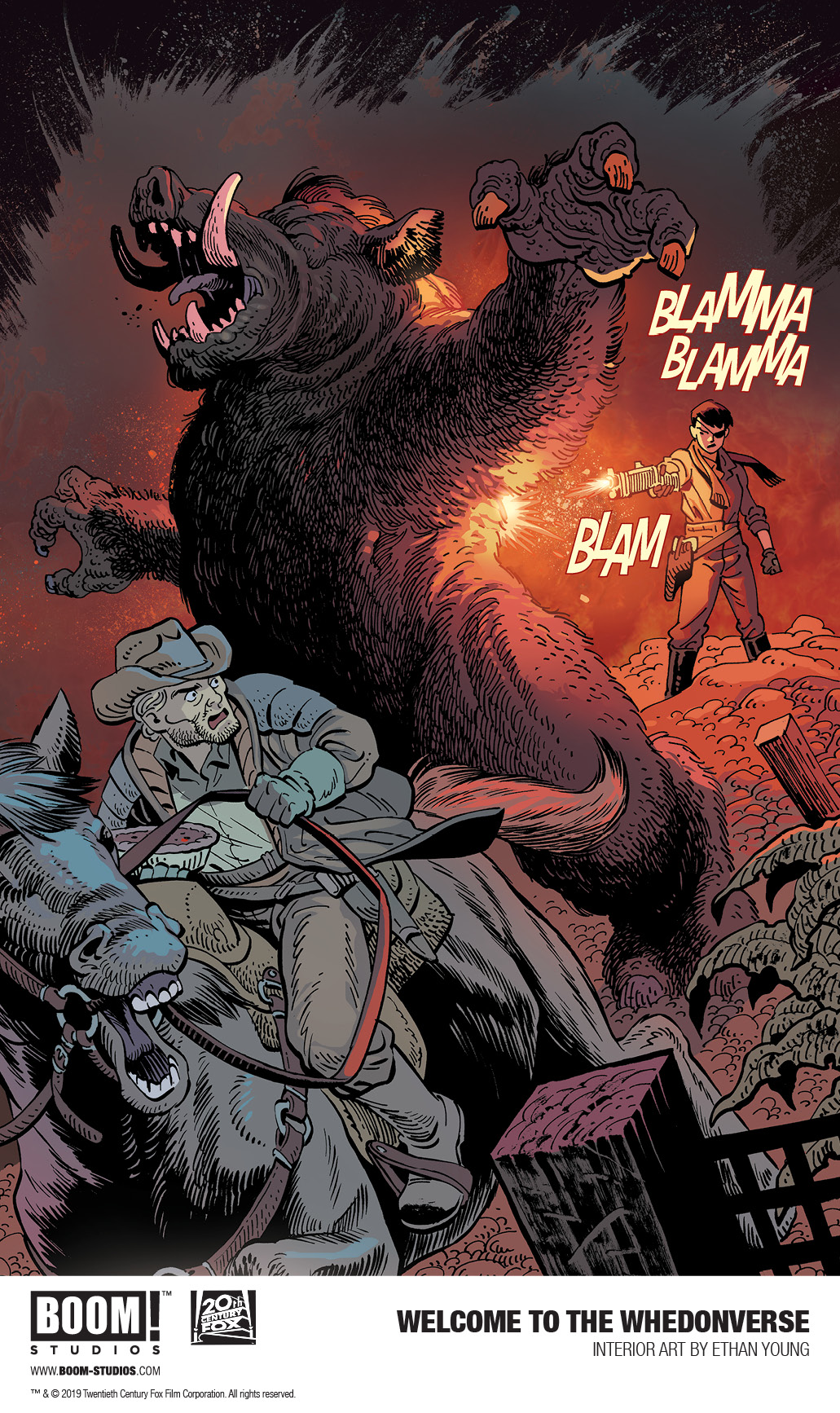 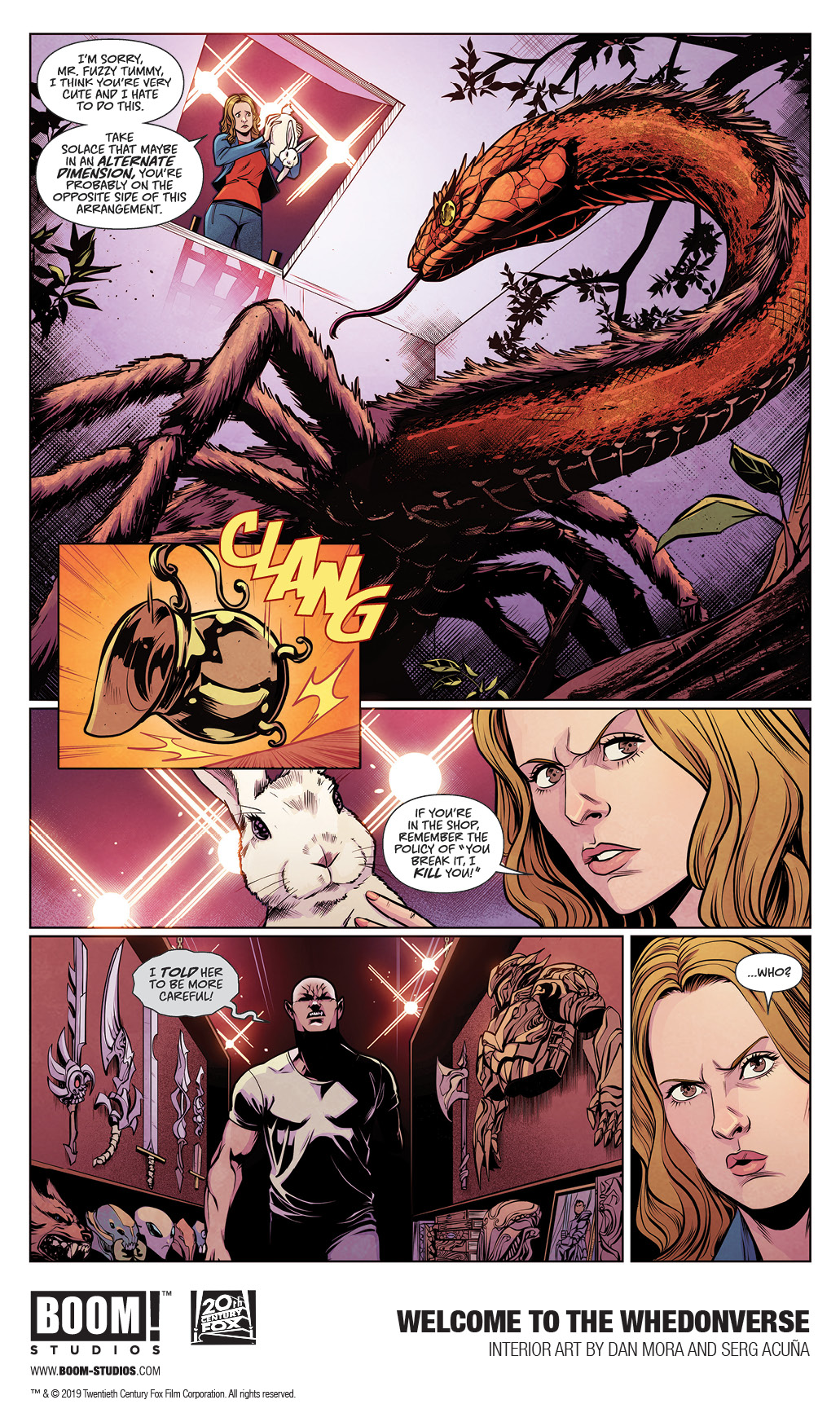 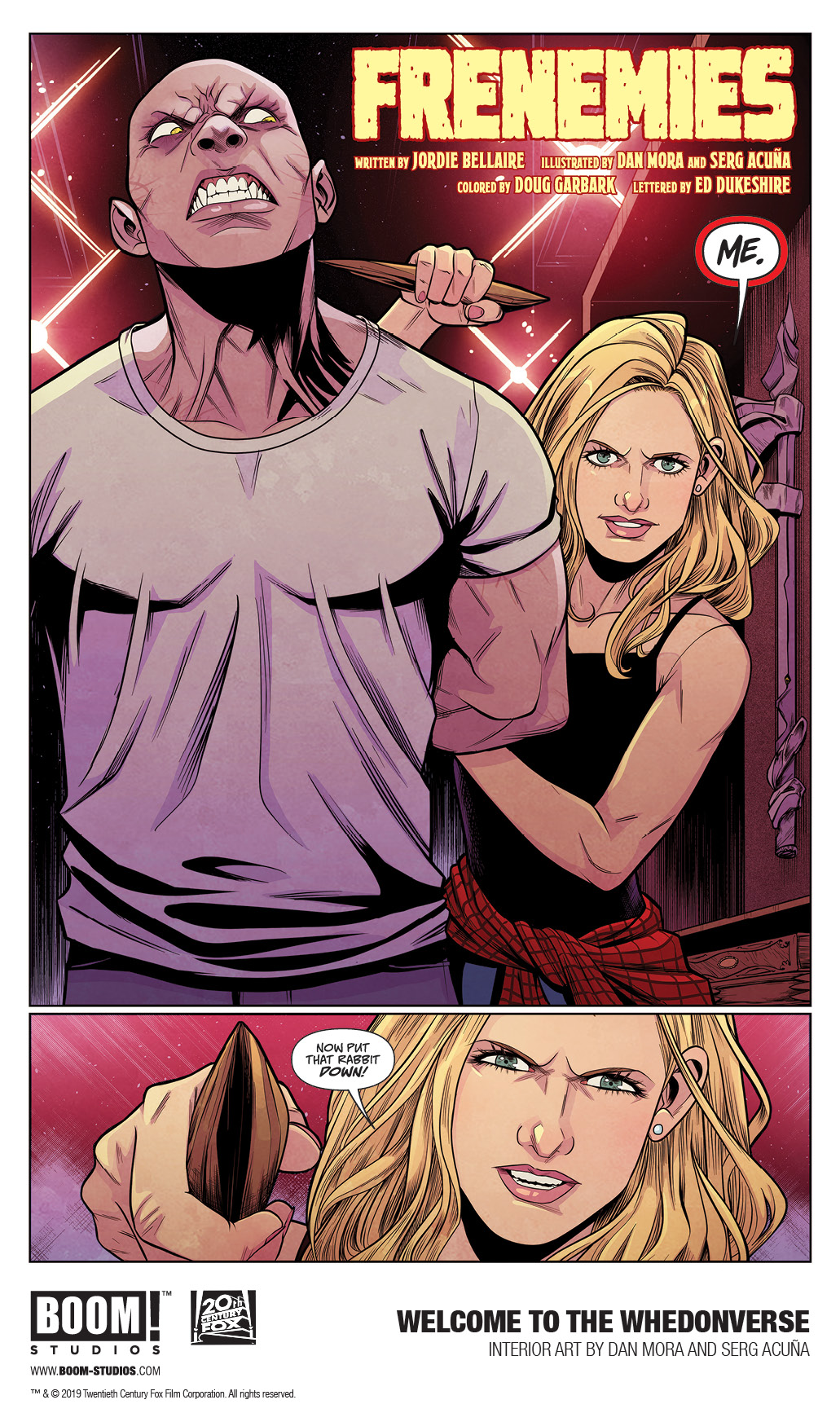