STRANGER THINGS MEETS THE INTERNET IN ‘INTO RADNESS’ 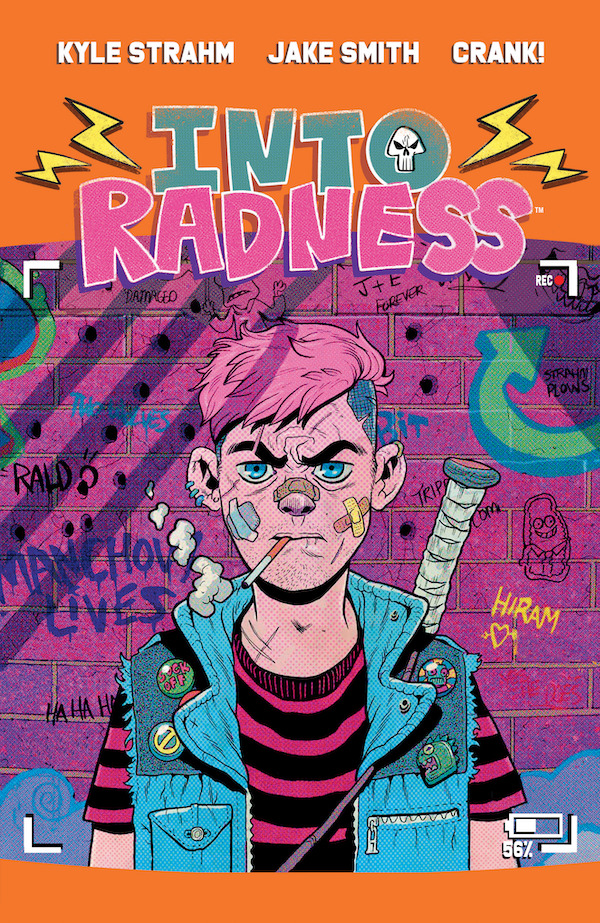 The Radness Gang Versus the Zonked!

Dylan, Trixie, and their friends want to be Internet famous, but their show, INTO RADNESS, has 12 subscribers and it’s terrible. Blowing up old VHS tapes and setting slime on fire just doesn’t bring in the views.

But freaky things are starting to happen in the city of Back Alley. When the teens are filmed defending themselves from an oozing ZONKED creature, they become overnight celebrities. Oh, and that creature? There are a lot more of those roaming the streets!

Friendships are strained and battle plans drawn as six teens descend INTO RADNESS!!

“Into Radness is a story for anyone who’s ever created something and tried to get people to pay attention,” Straham says. “It’s about the rewards and consequences that come with going viral and ultimately, an exploration of why we make things in the first place. Plus, monster fights.”