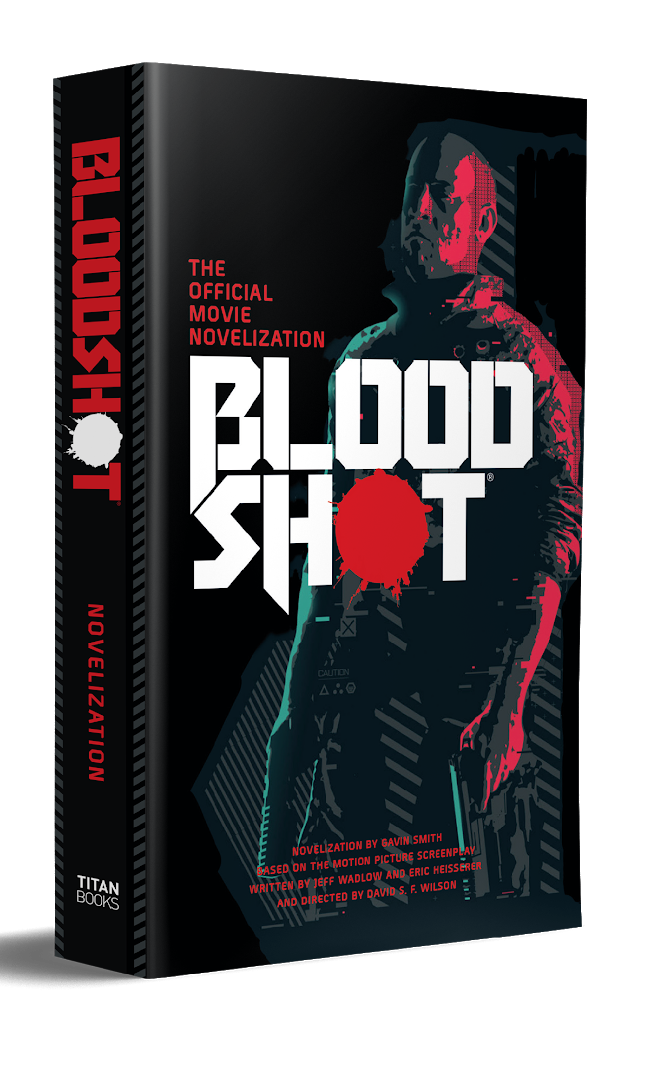 BEING A HERO IS IN HIS BLOOD

After he and his wife are murdered, Marine Ray Garrison is resurrected by a secret team of scientists. Enhanced with nanotechnology, he becomes a superhuman, biotech killing machine – “Bloodshot” – without any memory of his previous life.

But some things can’t stay buried, and Ray refuses to back down when his memories begin to surface. Haunted by the face of his family’s killer, he will stop at nothing to take his revenge and discovers a conspiracy going deeper than he could have possibly imagined…

THE BOOK CONTAINS AN EXCLUSIVE SHORT STORY TITLED ‘INTO THE FIRE’

Sony Pictures’ Bloodshot is scheduled to rollout worldwide beginning February 2020 and is scheduled to hit North American cinemas on March 13, 2020. Based on the bestselling comic book, the film stars Vin Diesel as Ray Garrison, a soldier recently killed in action and brought back to life as the superhero Bloodshot by the RST corporation. With an army of nanotechnology in his veins, he’s an unstoppable force –stronger than ever and able to heal instantly.  But in controlling his body, the company has sway over his mind and memories, too. Now, Ray doesn’t know what’s real and what’s not – but he’s on a mission to find out.

The film is directed by David S. F. Wilson. The screenplay is by Jeff Wadlow and Eric Heisserer and the story by Jeff Wadlow. The film stars Vin Diesel, Eiza Gonzalez, Sam Heughan, Toby Kebbell and Guy Pearce.

Gavin Smith, who has authored the official novelization, has a strong record of writing successful tie-in fiction and has previously written for properties such as Crysis and Elite.