Sonjaversal Brings an Infinite Number of Sonja Together Red, Blue, Green, Orange & More Amidst a Crisis This February 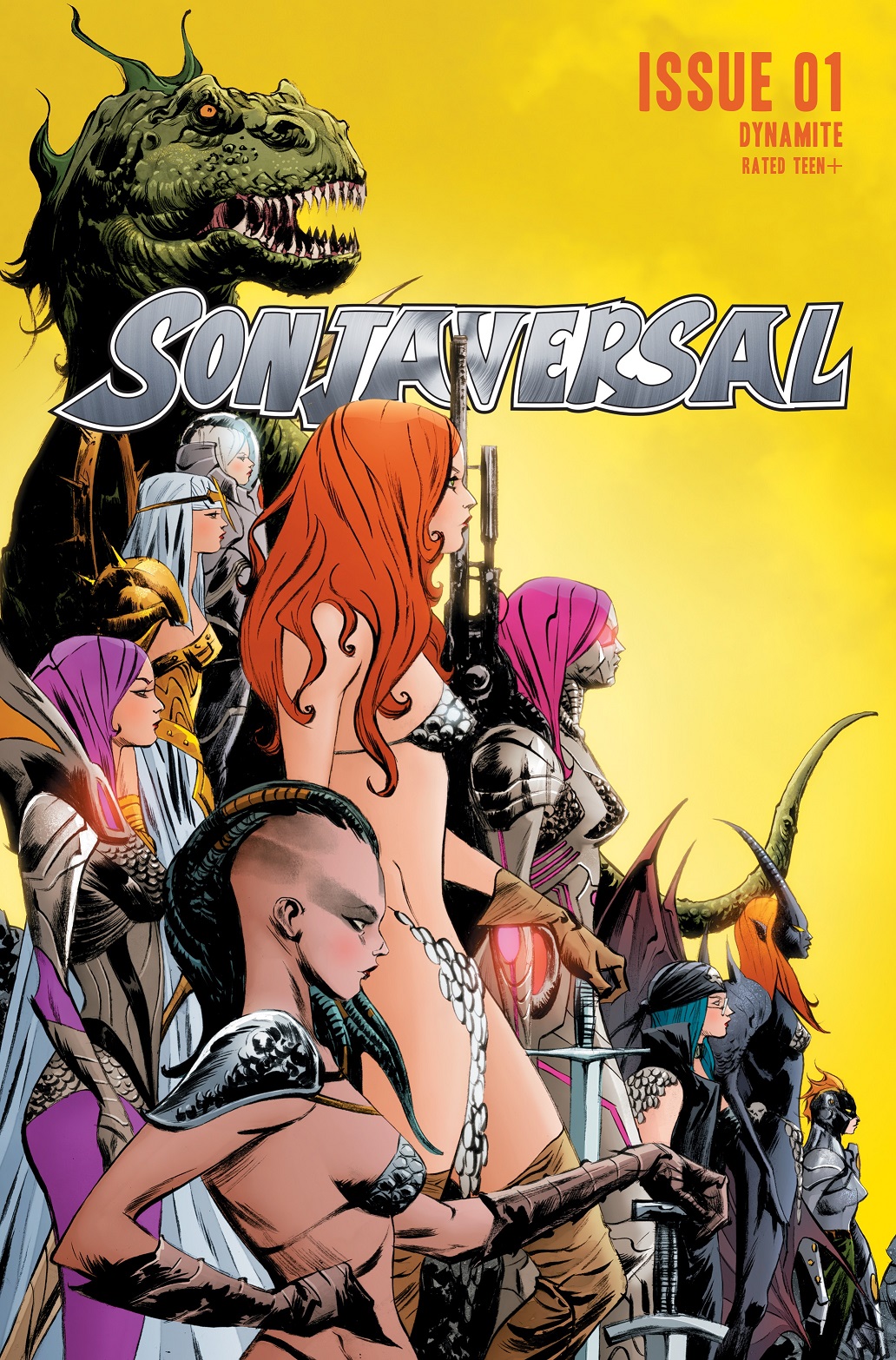 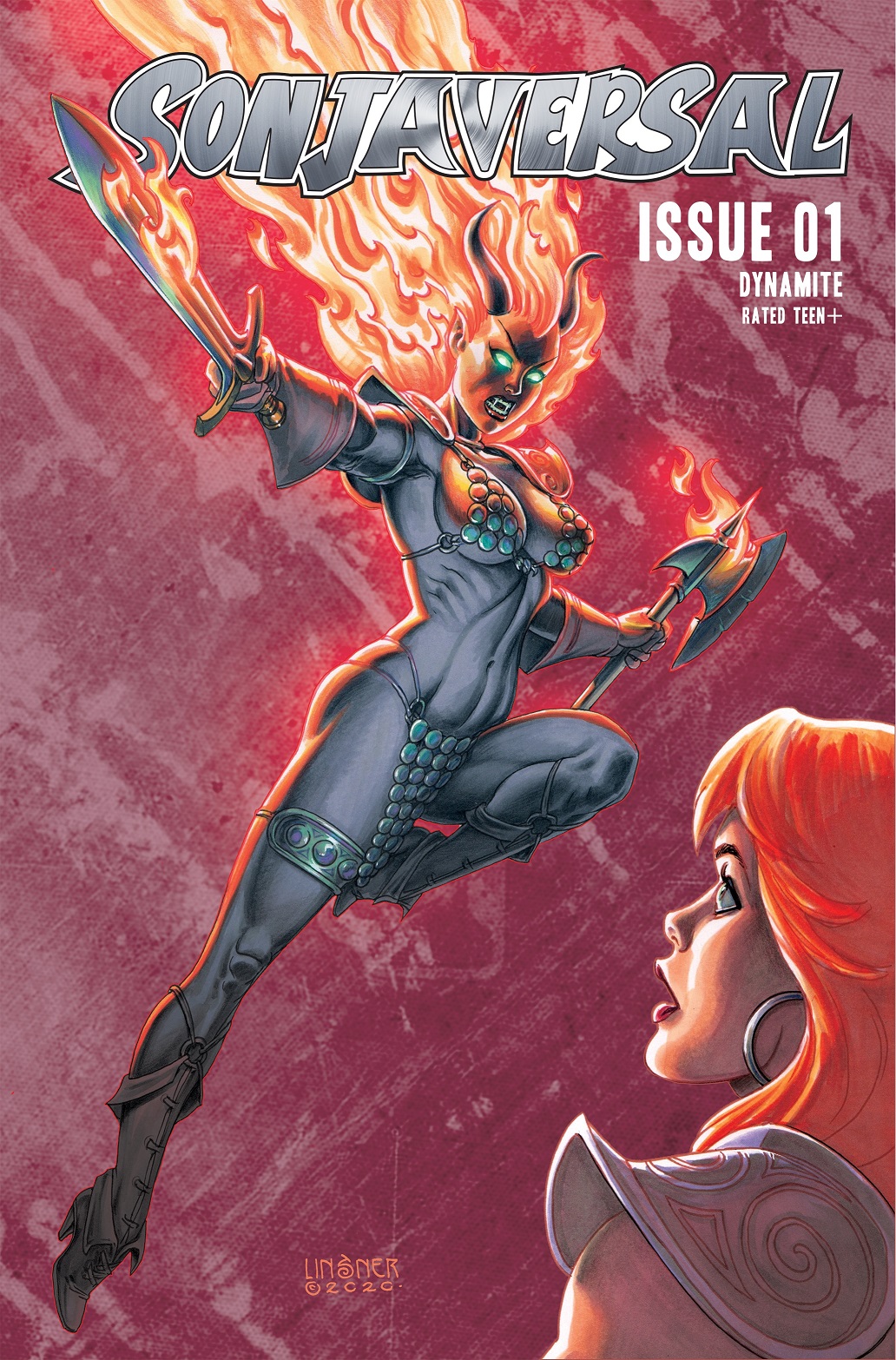 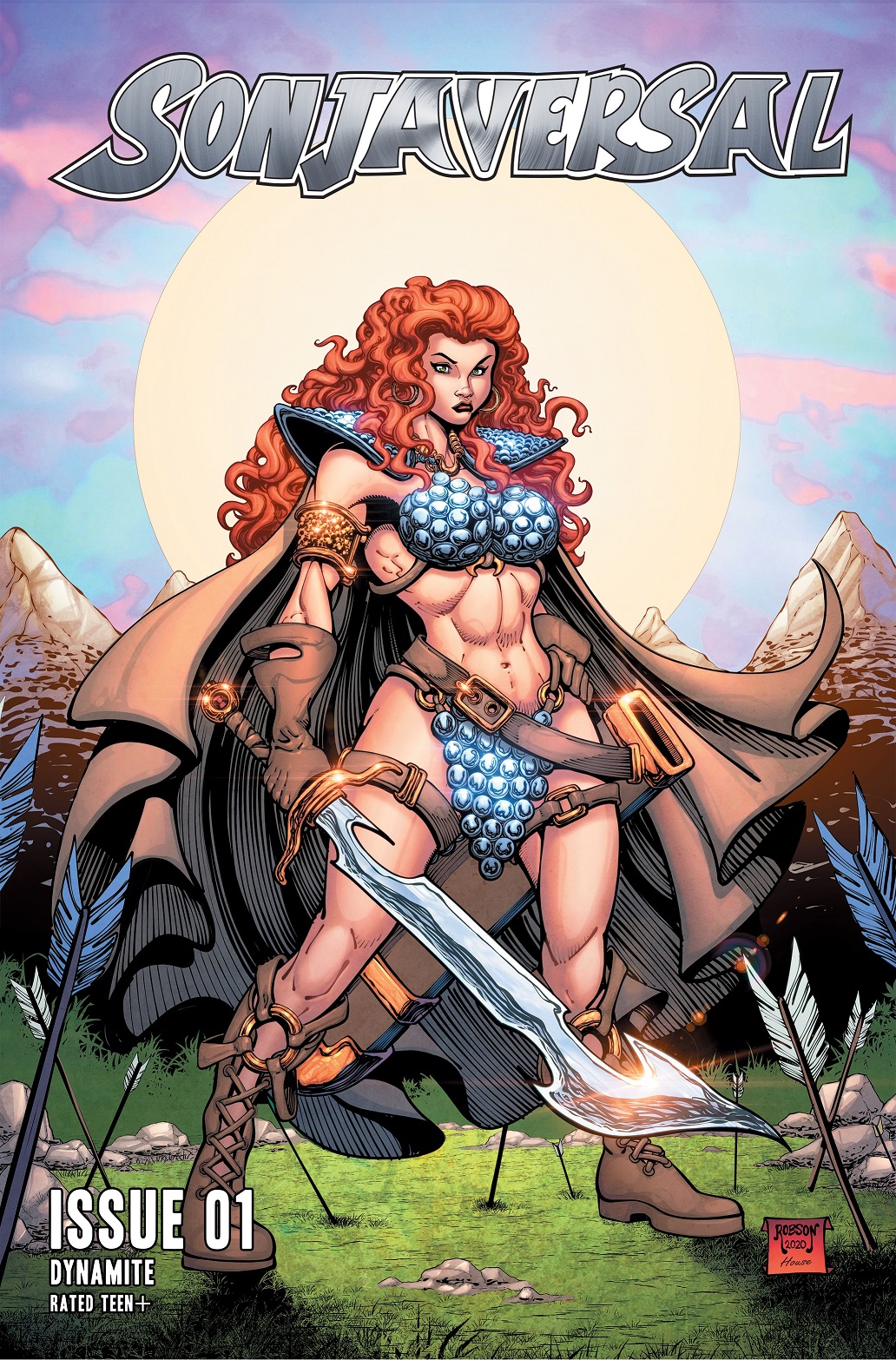 November 24, Mt. Laurel, NJ: Everyone’s favorite She-Devil With a Sword, Red Sonja, is back in the new series Sonjaversal this February – but this time she’s joined by many, many Sonja’s of all colors and more!

Critically acclaimed writer Christopher Hastings (Unbelievable Gwenpool, Adventure Time), artist Pasquale Qualano (Dejah Thoris), and letterer/designer Hassan Otsmane-Elhaou have assembled to depict this cataclysmic crisis threatening the entire multiverse. This self-described “most important comic book to ever come out in the history of the world” cannot be missed by fans of crossovers and mashups that dial it up to eleven.

“My favorite projects are the ones where I ask ‘How are they letting me do this?’ and in this case, Dynamite isn’t just letting me do this, they’ve explicitly asked me to,” said writer Christopher Hastings. “Our mission with Sonjaversal is to go as big as possible, and our only enemy is restraint. That said, I’m just the writer, and I can say things like ‘Red Sonja jumps out of Blue Sonja’s helicopter to drive her sword through Giant Ape Sonja’s gargantuan skull!’ all day, but it means nothing without Pasquale to make it look amazing. I can’t wait for everyone to see what he does with this comic.”

It’s roll call time. The classic Red Sonja that everyone knows and loves going back nearly 50 years is front and center of course. This time she’s joined by Blue Sonja, ripped right out of a 1980s action blockbuster, with big guns, a big bike, and bigger explosions. How about Green Sonja, aka the She-Devil With a Dinosaur? Or mecha pilot Sonja? Others that fans will meet include Orange Sonja, Saint Sonja, Hell Sonja, and countless others. Only limited by how much Pasquale puts up with Christopher’s boundless script.

What has brought all these diverse She-Devils together? They’ve all pissed off a divine force, and as punishment Saint Sonja must travel from world to world, forcing the Sonja’s to battle in the ultimate tournament arc. The showdown for Sonja supremacy begins in 2021!

With a nearly endless cast of visually unique characters (and first appearances!), it was a must to call in an equally wide cast of cover artists to depict some of the standouts. Jae Lee fits as many as he can onto the lead cover. Joseph Michael Linsner’s paints do wonders for the fiery effects of Hell Sonja. The mysterious Purple Sonja gets a spotlight from Mayara Sampaio. While Will Robson and cosplayer Tabitha Lyons stick to tradition with the one and only Red. A trio of incentive covers by Drew Moss, Lauren Walsh, and Erica Henderson show off other cast members like a cyborg Sonja. Could even more be coming? 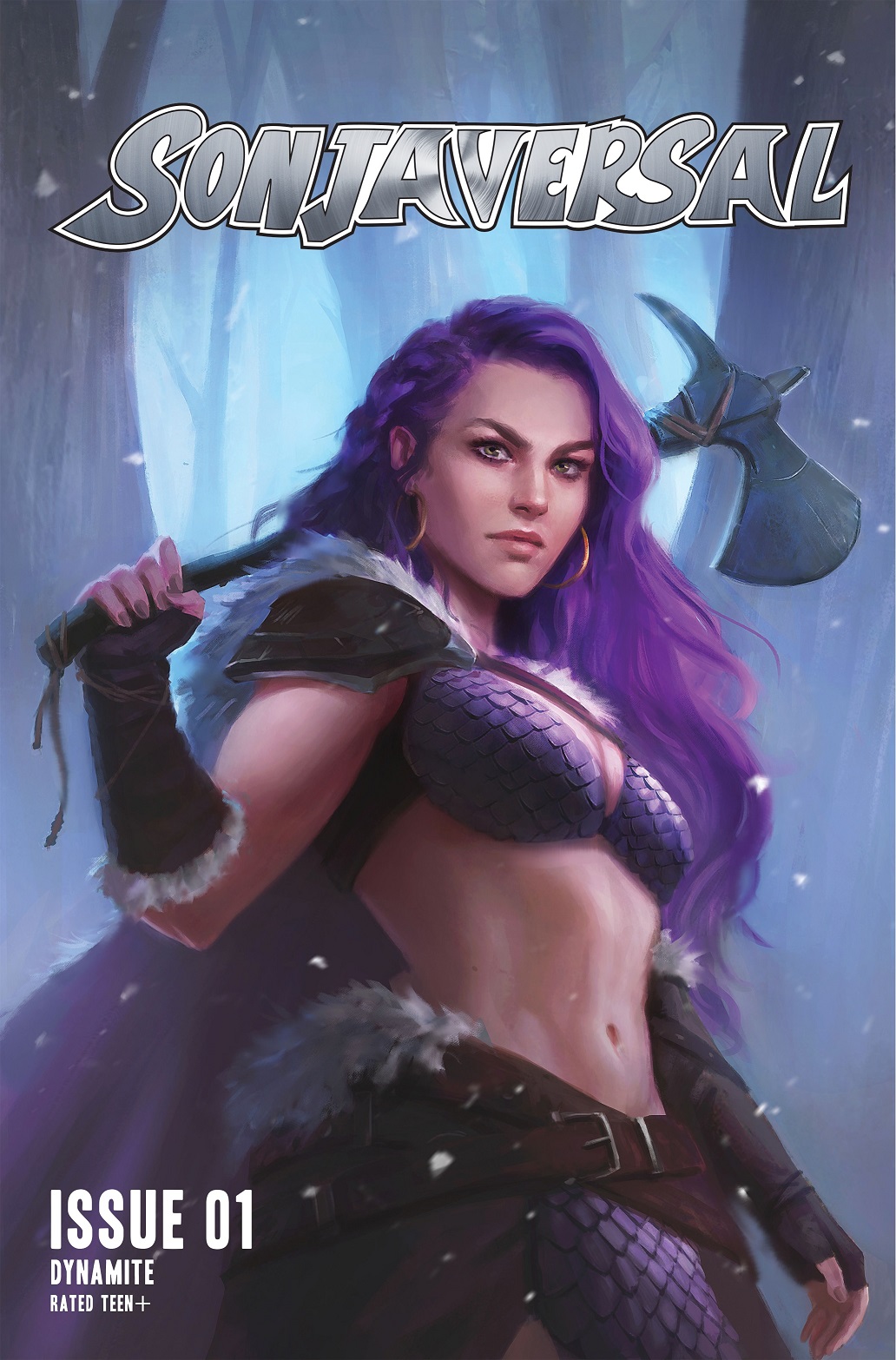 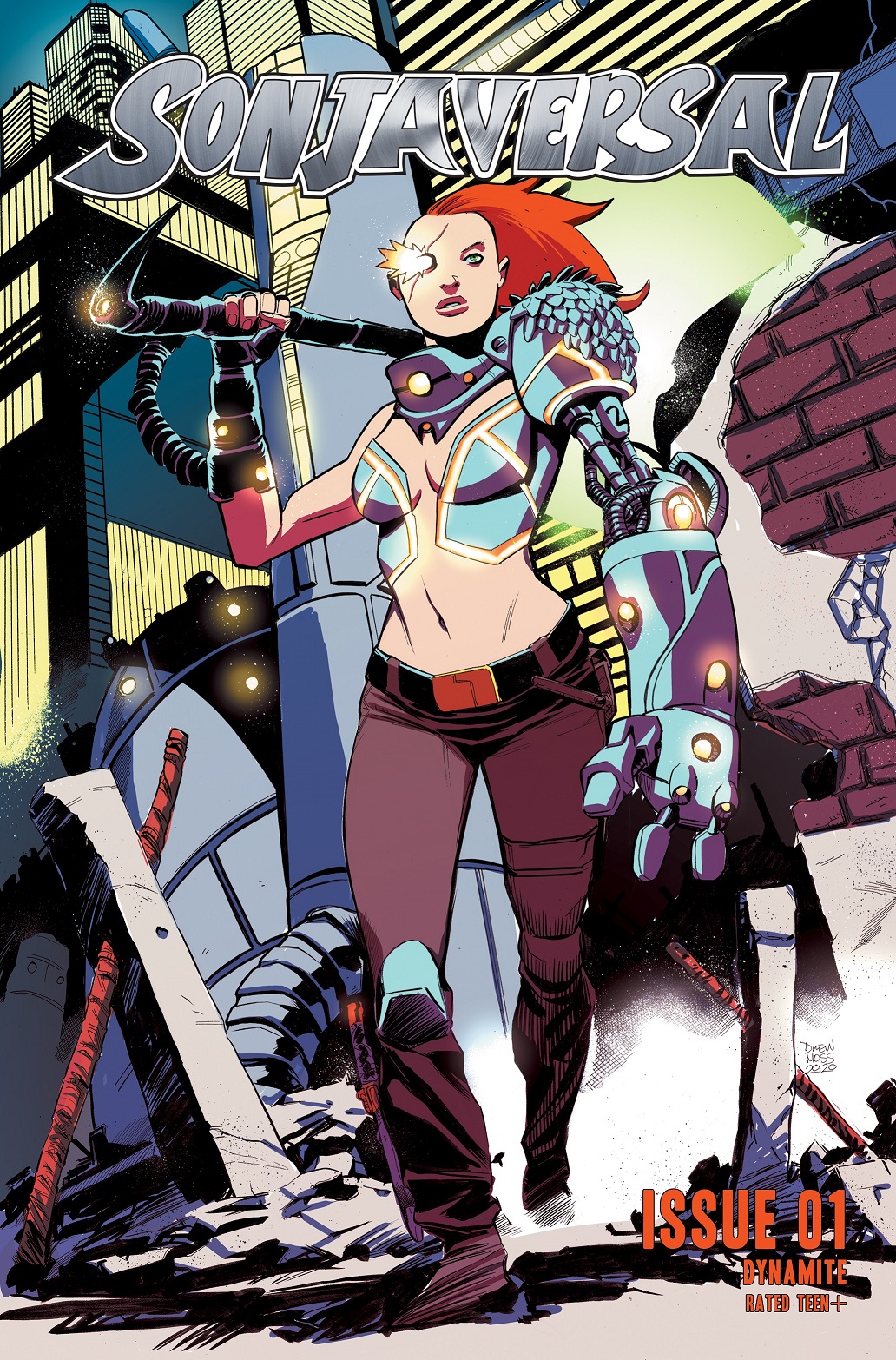 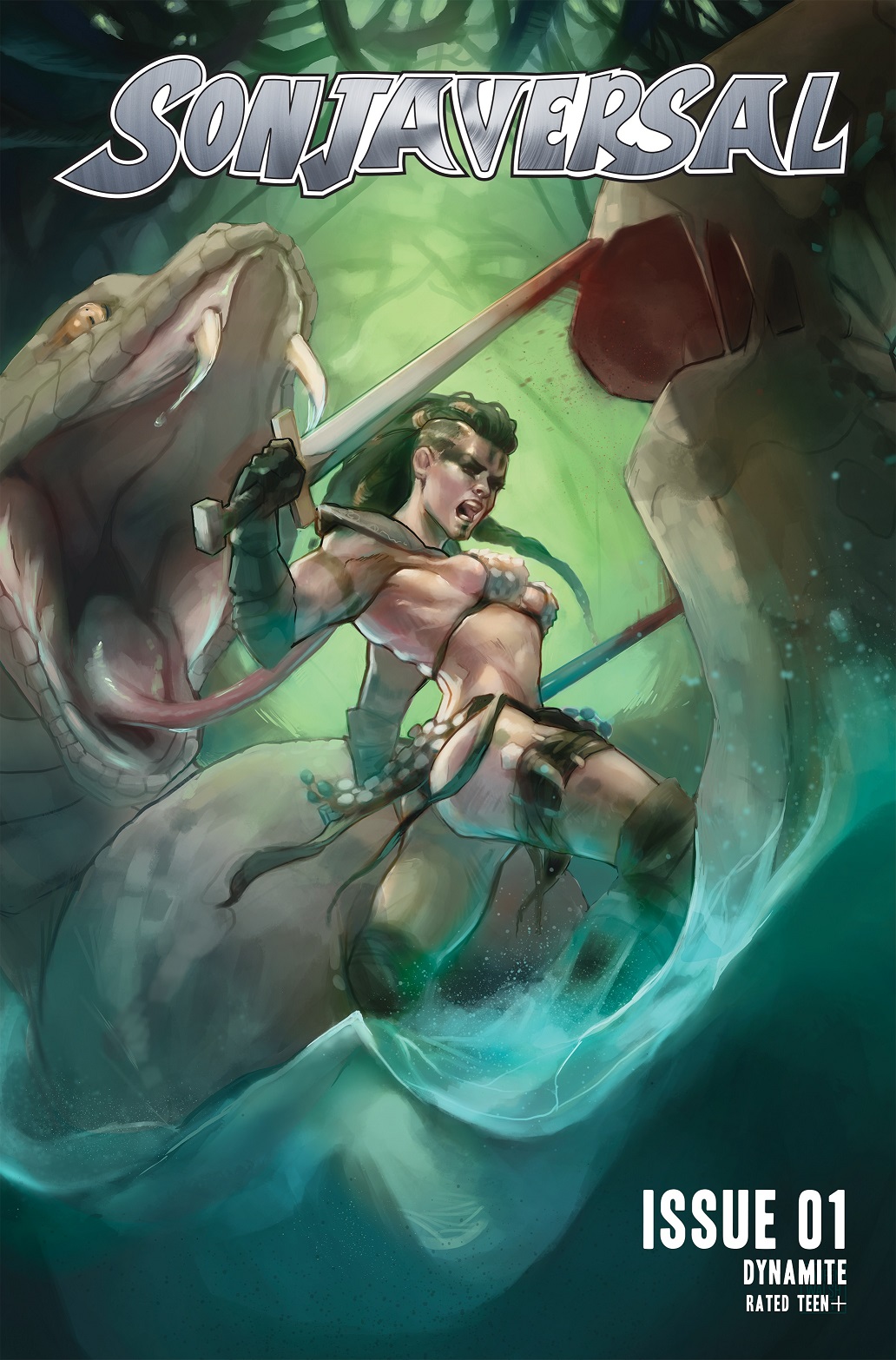 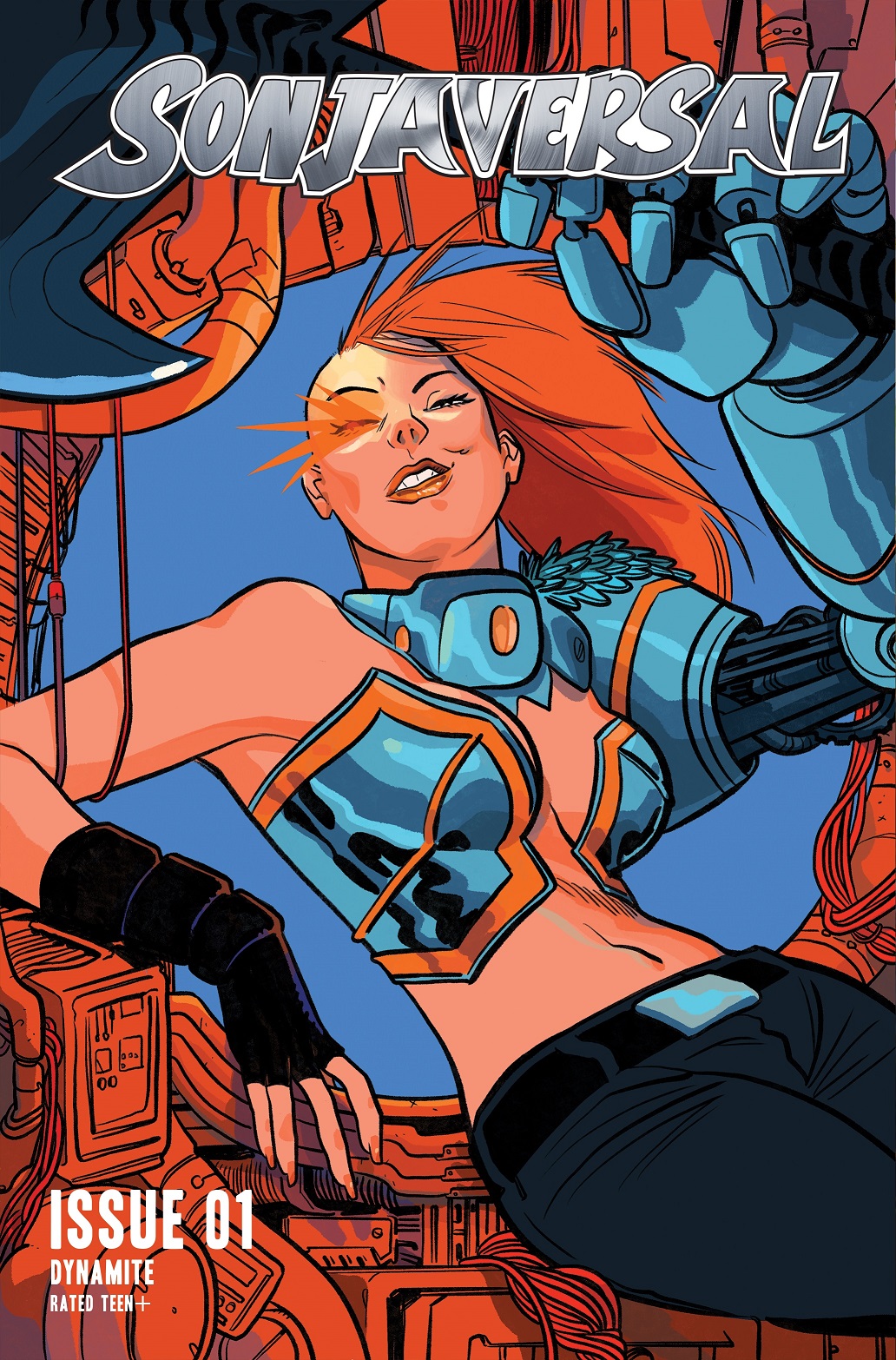 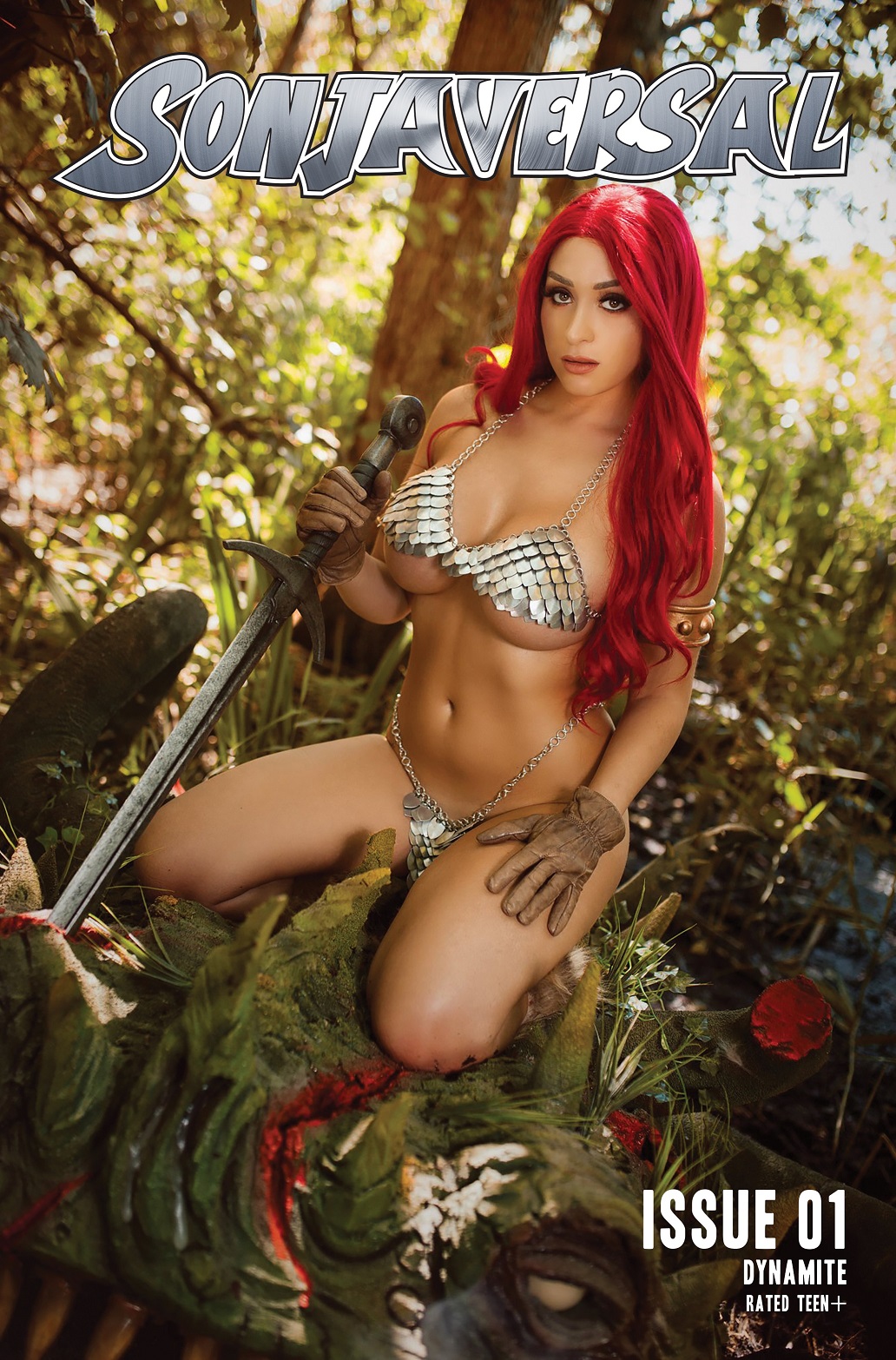 SONJAVERSAL #1 is solicited in Diamond Comic Distributors’ December 2020 Previews catalog, and slated for release in February 2021. Comic book fans are encouraged to preorder copies of the issue with their local comic book retailers. It will also be available for individual customer purchase through digital platforms courtesy of Comixology, Kindle, iBooks, Google Play, Dynamite Digital, ComicsPlus, and more!