Santa Monica, CA — The Coronavirus’s impact on comic book publishers, distributors and retailers has received substantial media attention, but with many publishers pausing production and with the cancellation of all comic book conventions for the foreseeable future, the talented artists who actually create comics have been hit especially hard.  In recognition of this immediate need for financial relief within the freelance community, comic book publisher Sitcomics™ is implementing Look Forward, a five-month initiative that sees 100% of the company’s print and digital revenue going directly to the regular artists of their ongoing series.  “Sitcomics is a family-owned publisher and we see our artists as extensions of that family,” explains Sitcomics co-publisher and veteran TV writer Darin Henry. “The goal of Look Forward is to raise awareness of the struggles faced by comic book freelancers during this pandemic while bringing a bit of financial security to our own little corner of that community.  The more we support comic artists during this difficult time, the better equipped they will be to entertain us when it’s over.”  Sitcomics artists will receive 100% of the publisher’s revenue from retailer orders, digital purchases and “Unlimited reads” thru September 30th, 2020.

Artists whose Sitcomics work is now available in print and via digital platforms include Ron Frenz (The Blue Baron), Jeff Shultz (Super ‘Suckers), Craig Rousseau (Startup), Blair Shedd (Telepathetic), Tom Richmond (Z-People), Steven Gordon (Headhunter), Corin Howell (The Renegades) and Al Milgrom & Neil Vokes (Morbid Museum).  Because the artists have already been paid for all previous and current assignments, half of the monthly Look Forward payments will become advances for future Sitcomics work.  The remaining 50% will be considered bonus compensation to help cover income lost due to convention cancellations.  During this same five-month period, all new payments for Sitcomics work by regular inker Sal Buscema, colorist Glenn Whitmore and letterer Marshall Dillon will include an additional 20% compensation bonus above their normal page rates.

Sitcomics are published in an exclusive Binge Book™ format which gives readers 64-page, self-contained story arcs for only $3.99.  Binge Books are only available at comic shops, many of which are open for curbside and mail order business.  “Comic fans who want to support our awesome artists during this Look Forward campaign need to let their local comic shop know which Sitcomics titles and issues they want to buy,” says Henry. “Everything in our online catalog at www.Sitcomics.net is in stock and ready to ship to retailers.” US shops receive a 50% wholesale discount off the cover price plus free shipping on orders of 15 or more Binge Books.  Shops outside the US can contact the publisher at editor@sitcomics.netfor delivery terms.  Sitcomics are also available worldwide in serialized digital chapters thru ComiXology, Amazon Kindle Unlimited or at www.Sitcomics.net

About Sitcomics
Sitcomics is an independent comic book company that gives popular comic book genres a sitcom twist.  It was started by husband and wife publishers Darin Henry, a TV sitcom writer for shows such as Seinfeld and Futurama; and director/actor Ursula Burton, whose long list of film and TV acting credits includes recurring roles on The Office and Hart of Dixie.  All Sitcomics are published in a unique, print-only Binge Book™ format that gives readers complete, 64-page story arcs which are then split into serialized digital chapters and sold at Amazon’s Kindle Store, ComiXology and the company’s own website.  Since January 2018, Binge Books have been available at comic shops across the US and Canada via Sitcomics’ groundbreaking Sell-Thru Distribution System. An updated list of comic shops currently selling Binge Books can be found at www.sitcomics.net 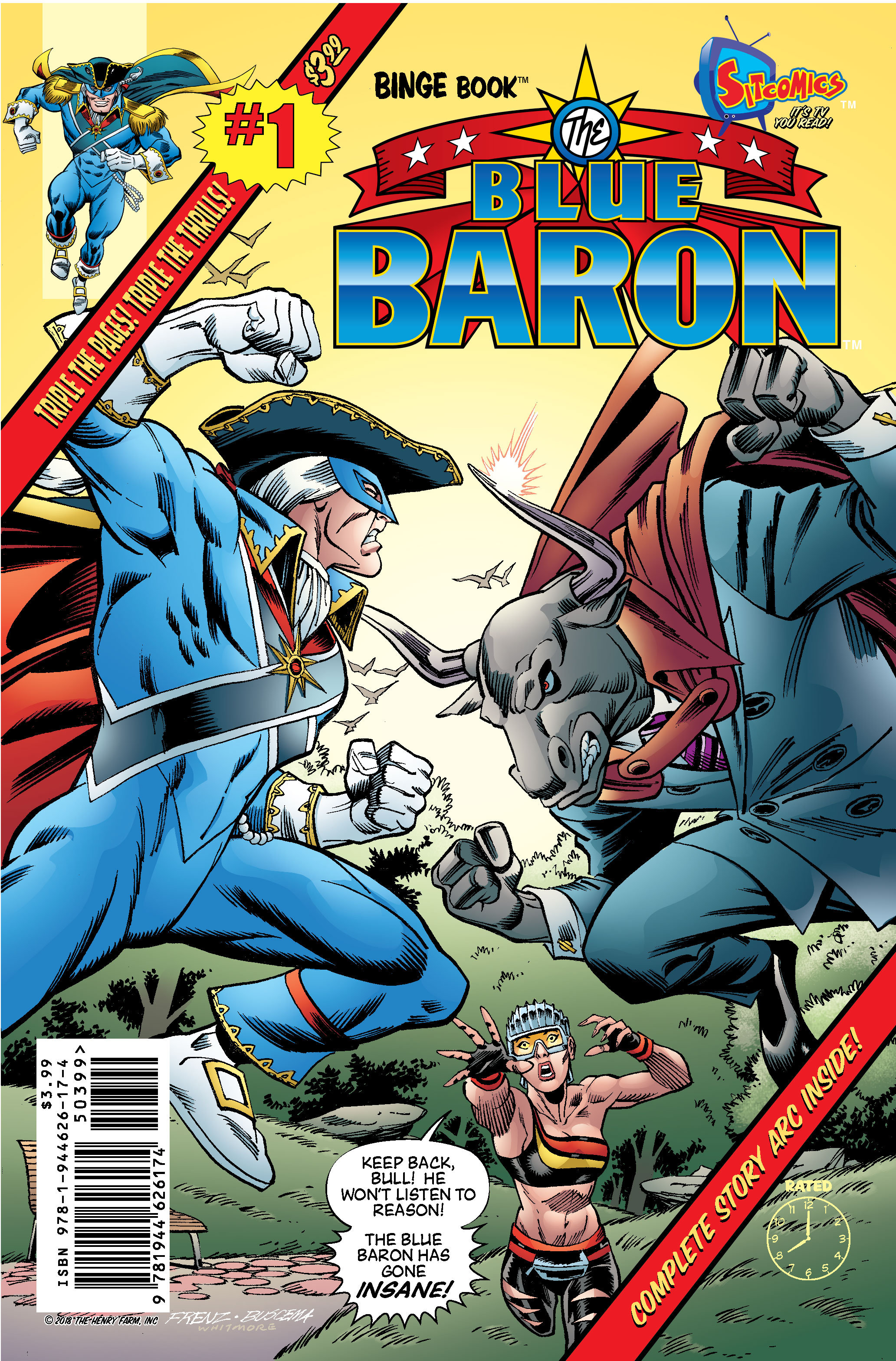 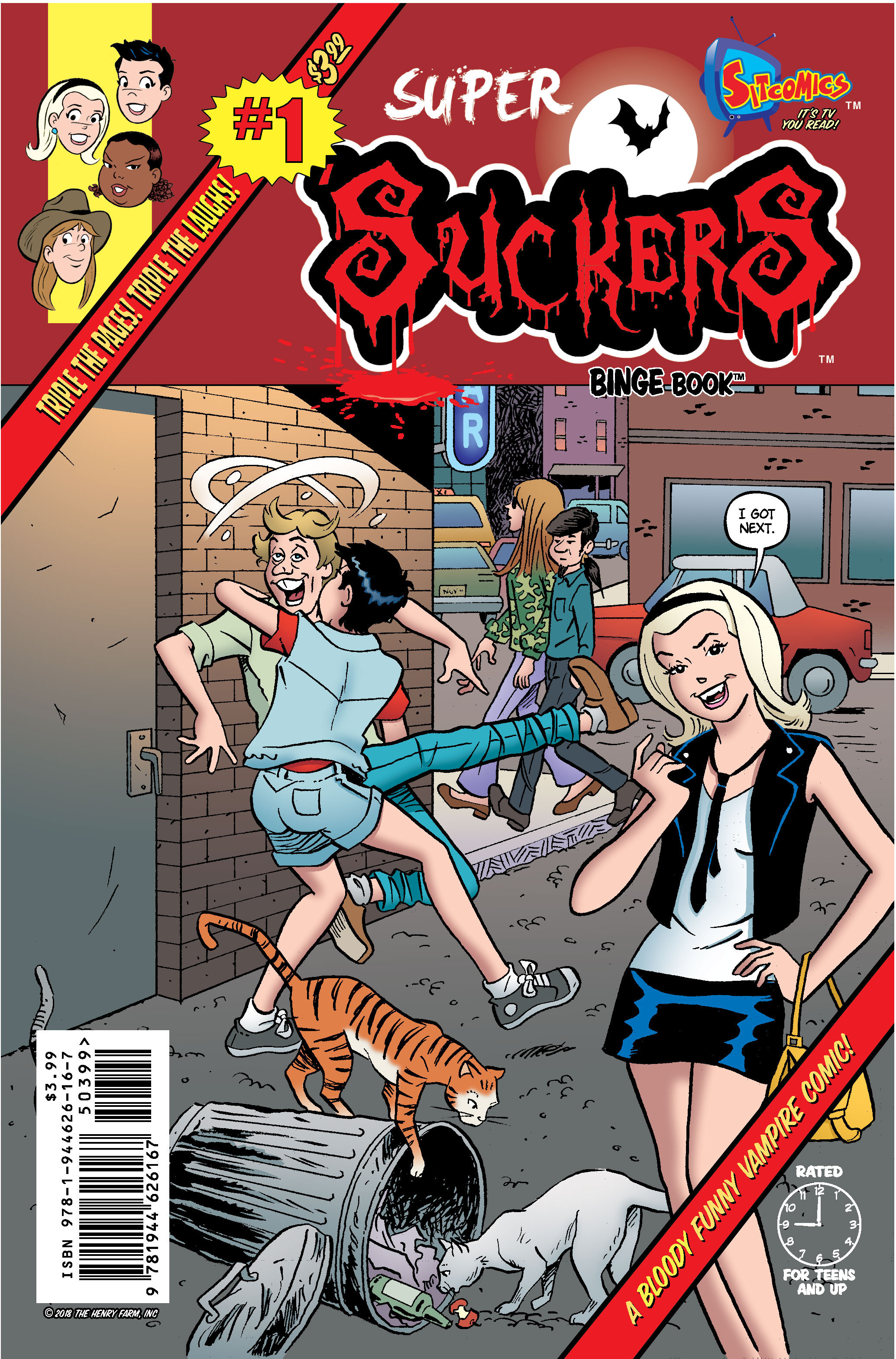 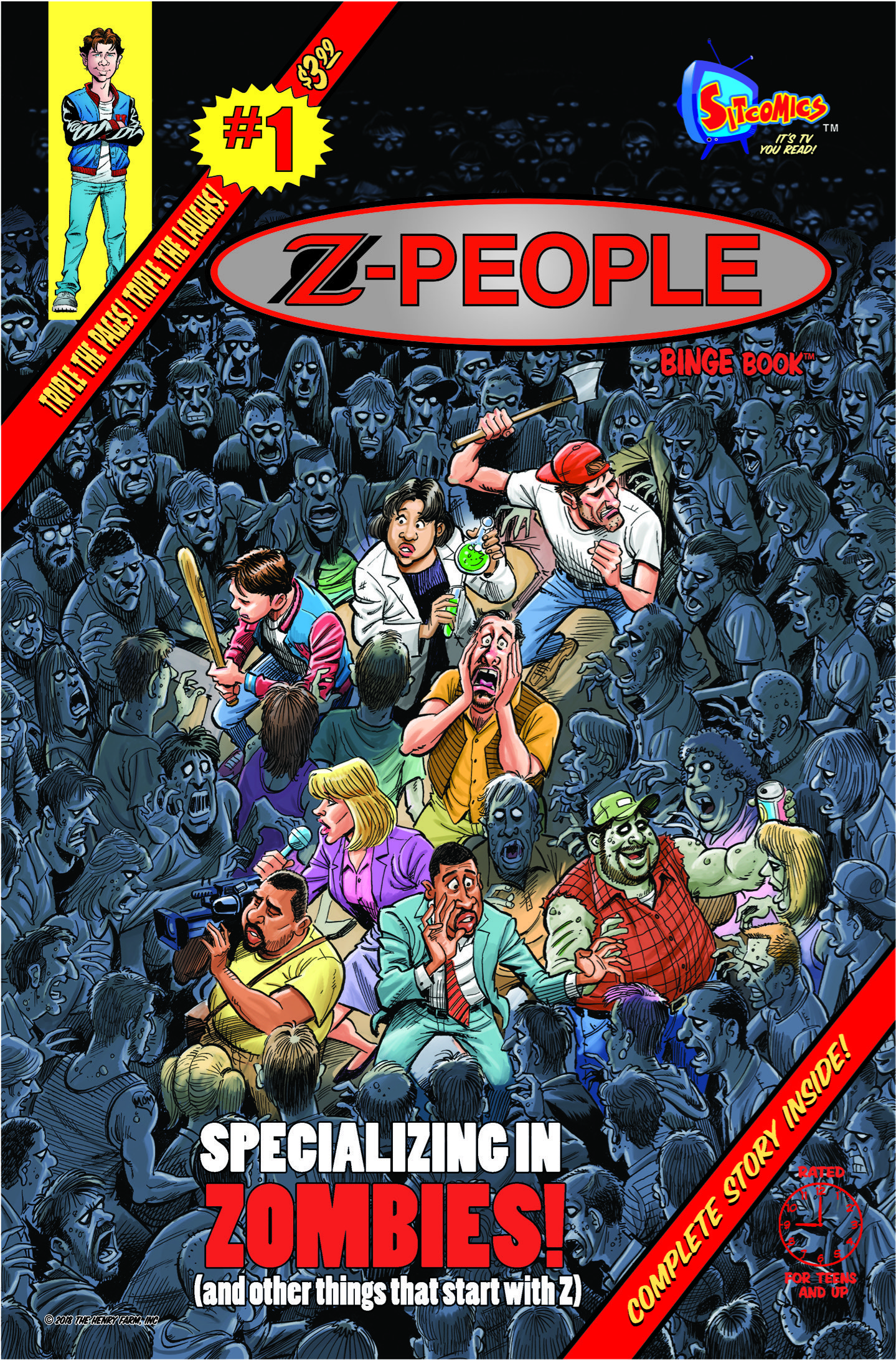 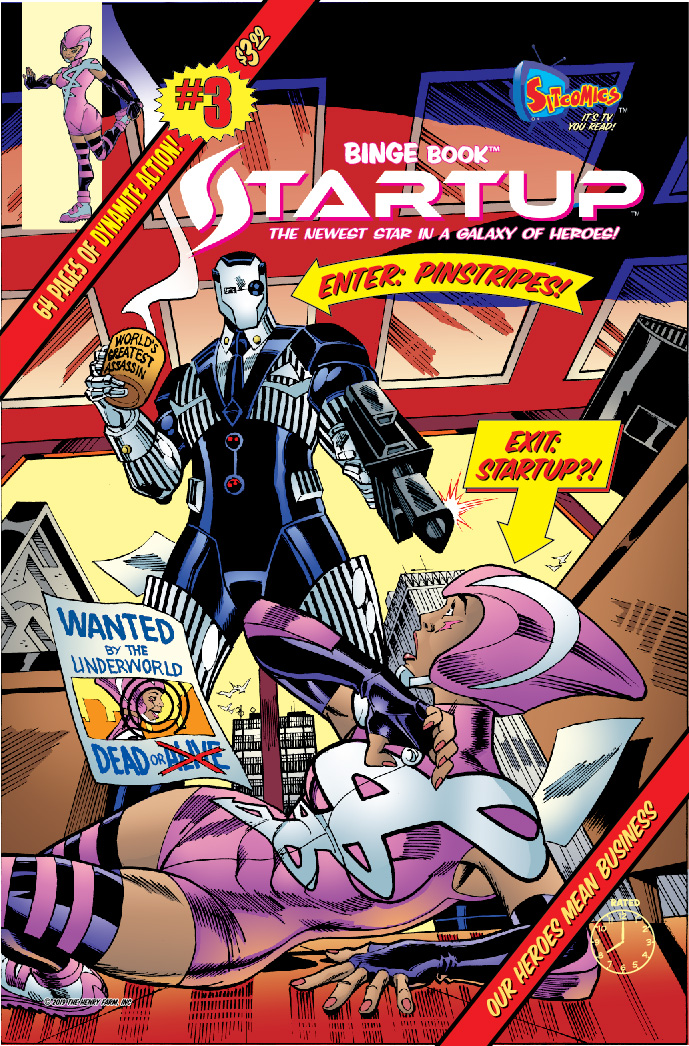