To creator Richard Boom, it is the culmination of his dream project, based on his collection of sketchbook collection in which he gathered up many mummy-inspired pieces of art.

His “mummy” theme inspired artists into creating sexy or cute, gore or artsy pieces, the comic book itself will be a PG13-book because Richard Boom “believes his comics should be read by his very own kids as well as others around the globe”.

The synopsis to his book ‘goes a little something like this’:

For several centuries the ancient order of Justice has laid dormant, but the magical power of the Justice Gems have been released during an Egyptian archeological dig and now all over the world the mummified Priestesses of Justice come back to life. As supernatural evils threaten human society through the next decades, the Sisterhood will be there to guard and protect.

In 1917, a mysterious adventurer (Rand) enters a pyramid In British Colonial Egypt. There he opens the Cauldron of Khepri. The spirits of ancient priestesses are released, resurrecting mummies all over the world who were devoted to an embodiment of the goddess of Justice and truth. Five years later, the mummies from the Sisterhood of the Mummy, a spiritual order to help the truth and justice against the unordinary. They are cop, judge, juror and executioner defending the world. The order lives in an underground base with technology beyond human knowledge. They are led by the adventurer, the Mother-Supreme and the remains of a high-priest whose soul is being used as software for a supercomputer.

As Richard Boom explains “this is a project, with talented folks I have known and worked with over the last couple of years, each an inspiration to me. They energize this project with each word, each line and each color palette. This is my chance to give back the love, by trying to get this published and let the world this new world.”

INTENTION: SISTERHOOD is a series of one-shots 32/page stories in a 36-page comic format, with perhaps even more pages added, depending on the success of the project.

Currently, FOUR issues have been completed, with 4 more already written!

Each comic book will feature different artists, to ensure not only a high quality but also creating a platform for outstanding artists. This idea is highly influenced by Boom’s very own Sketchbook Theme where over 200 artists each have shown him their own personal magic!

KICKSTARTER: for the launch of Sisterhood #1 on November 7, 2018, Richard Boom is relying on Kickstarter to fund this project fully. With the help of Yonami Teles as cover artist for the regular cover (Bernini-inspired) and with Eric “EBAS” Basaldua providing this project with a variant cover, Boom sure feels very supported! And with artist Juan José Ryp providing the art to the Commemorative Trading Card artwork, the party is just getting started.

Richard Boom started out in the comic industry as your regular fanboy, just reading comics and enjoying it even more due to the internet and making contact with creators. As his contact list grew, so did his interest in the complete field of comic. Starting up a Bad Grrl Comics Fan club in 2001 was the first step to go further than his own living room. Soon thereafter he began setting up websites for Arthur Suydam, Eric Basaldua, Broadsword Comics and focussing on titles like Vampirella, Cavewoman, Hack/Slash and more… During a visit to a Belgium convention (F.A.C.T.S.) he even started working with the organization and since 2006 he has been officially affiliated with this convention, helping them when and where he can; from seeking sponsorships, contacting artists to be their guests to actually helping to manage the Artist Alley. At this convention, he met the founder of Broken Frontier and shortly thereafter began doing headlines for this news site. Later he founded the website COMICSFORSINNERS which more resembles his prior BadGrrl fan club. Nowadays Richard dabbles in editing comics, doing comic book PR, translating comics, stopped working at FACTS in 2016 and has collected a lot of Hot Mummy sketches hoping to turn them into a comic book series, a table art book as well as a statue in 2019.

Markus is the right person for the job! Apart from being the talented artist to the 14-page origin story, he makes sure the enthusiastic writers will not screw up continuity!

At school, Kruithof wanted to become an archeologist but ended up studying journalism and then information-management in hoping to become a librarian. Eventually, he became a mix of both at a financial newspaper. But there was a constant focus his career choices, stories. I always wanted to become a writer. In 2011 he joined a talent-contest for the Dutch small-press publisher Windmill Comics. It let him to his own comic serial, the UC Masters. Because of his criticism about translations and with the experience at the newspaper he was asked to act as the editor for LoneJim Comics, learning again a different side of storytelling through comics. When the crisis of 2008 and digital innovations finally hit his newspaper job in 2013, he started to look around for more writing jobs. And thus, the crisis brought him to Boom Art Department and Richard Boom’s strange fondness for mummies. Boom had the action figures and building blocks to play with. Kruithof had enough fantasy to give them their own world and give others the opportunity to play in this new world.

Diego is not only the artist to Sisterhood #1 but is also the lead artist to a Dragon-Mummy story, up next!

Kevin Enhart is a writer for short films and comics, as well as a comic book artist and colorist. Kevin is also working as a cinema production designer and storyboarder. He’s best known for his alternating coloring styles, best suited for each individual project. Kevin’s prior comic book projects include “Puss in Boots”, “Vikings” and he is currently coloring “Warhammer 40.000” and “Anno Dracula”. Audiovisually, he worked on the French film “419” by Eric Bartonio and commercials for Awkeye Production and Parrot. Enhart is also currently developing his own project named “The Outlaws” published via Markosia in 2019, and preparing his first feature movie.

Yonami or Paulo Teles is a designer and Professional illustrator since he was 19 years old, working at the graphics and digital area, illustrating for graphic publications and TV commercials. Pupil of the best illustrators from Hyper Comics (Jucilande Jr. and João Vicente), drawing comics at your hometown (Manaus, Amazon, Brazil) making those for internet and fanzines. A video game lover (especially 2D games) he always spends some free time playing games. Designer by graduation and illustrator by profession, actually Yonami works for GlassHouse Graphics. Today, he lives in São Paulo, working as manager and comic artist. He even launched his ZOMBIESIDE anthology and is now working on his TIME WITCH comic book series.

Eric Basaldua – more commonly through his signature EBAS – was a mainstay of the Top Cow universe. He started working at Top Cow in 2000 under the direct tutelage of Top Cow founder Marc Silvestri. He became one of the Top Guns at Top Cow. A self-professed thong lover, Eric is known for his depictions of beautiful women and sexy artwork. Eric has worked on many fan-favorite comic series, including Hunter-Killer, Witchblade, Tomb Raider, Freshman, The Magdalena, Blood Legacy: The Young Ones, The Darkness, Battle of the Planets, the Darkness/Vampirella crossover written by Terry Moore, and the Witchblade/Wolverine crossover. He provided various covers for Marvel, DC, Rothic, Top Cow and Zenescope.

DISCLAIMER: all contributing cover artists (Ebas, Ryp, Capullo) have agreed to use their gifts to Boom under the condition that NO profit will be made. ALL profits will be going towards the creative team! 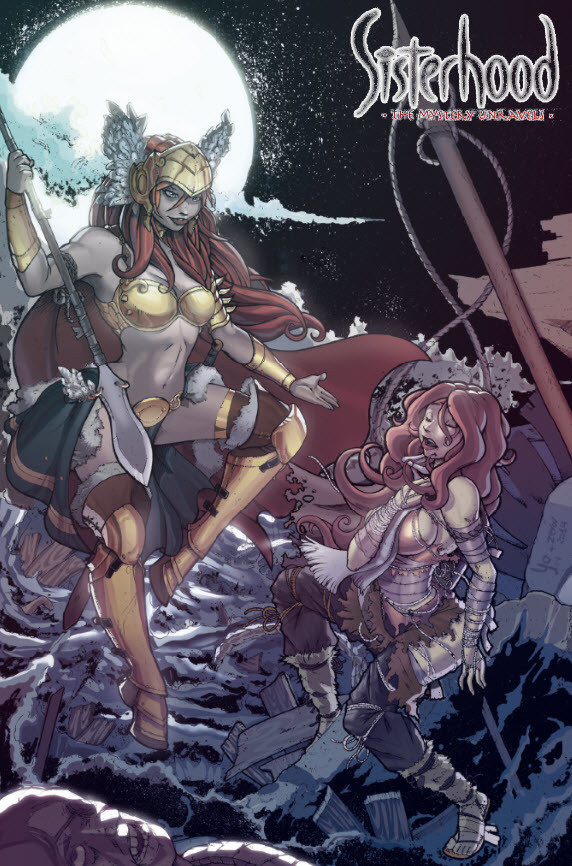 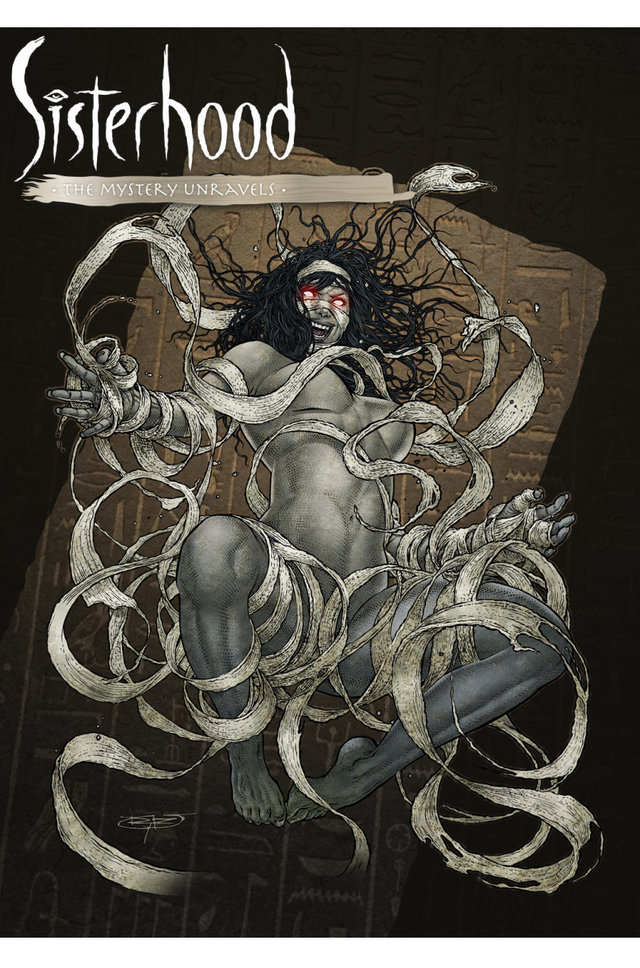 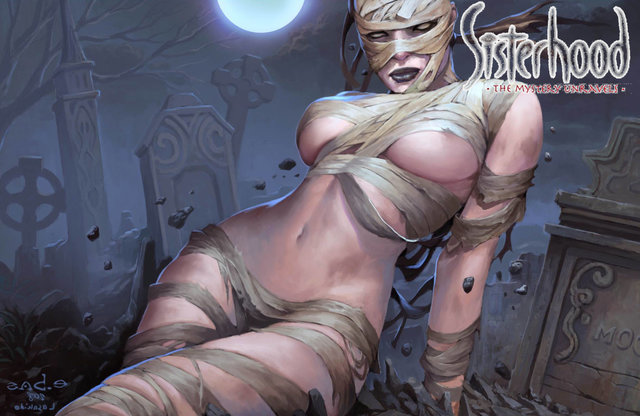 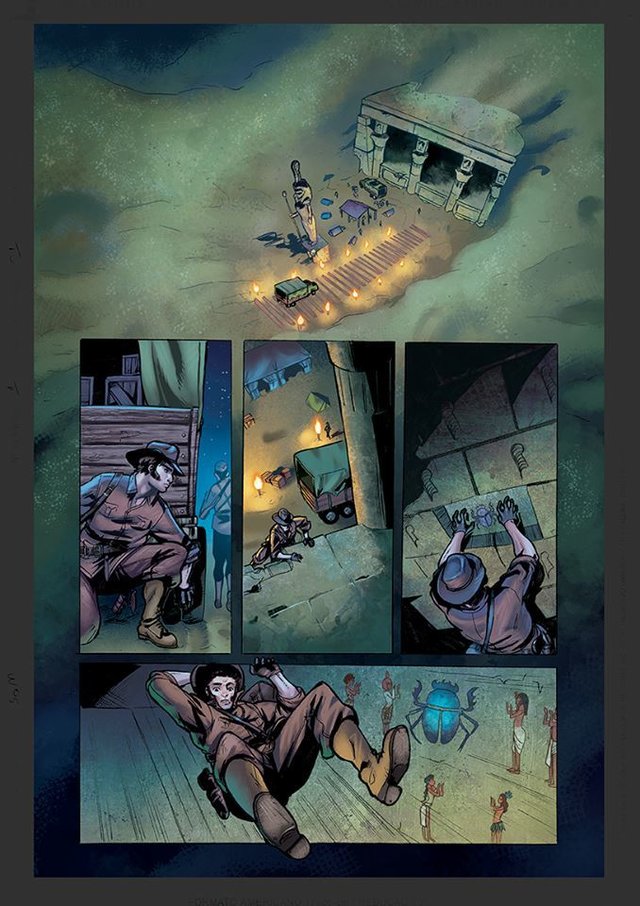 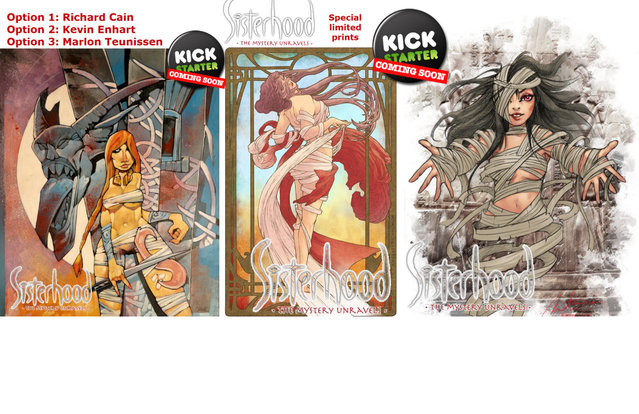 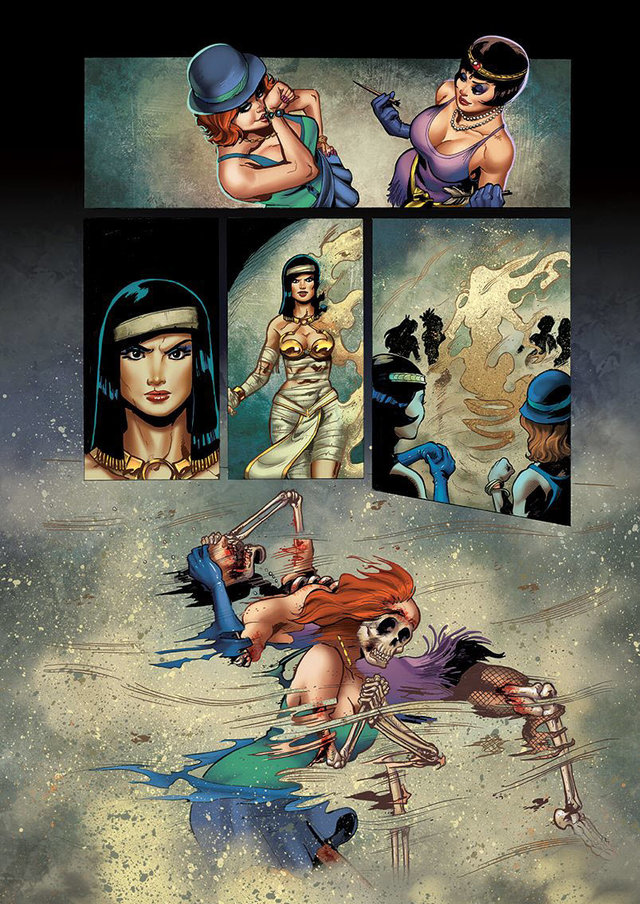 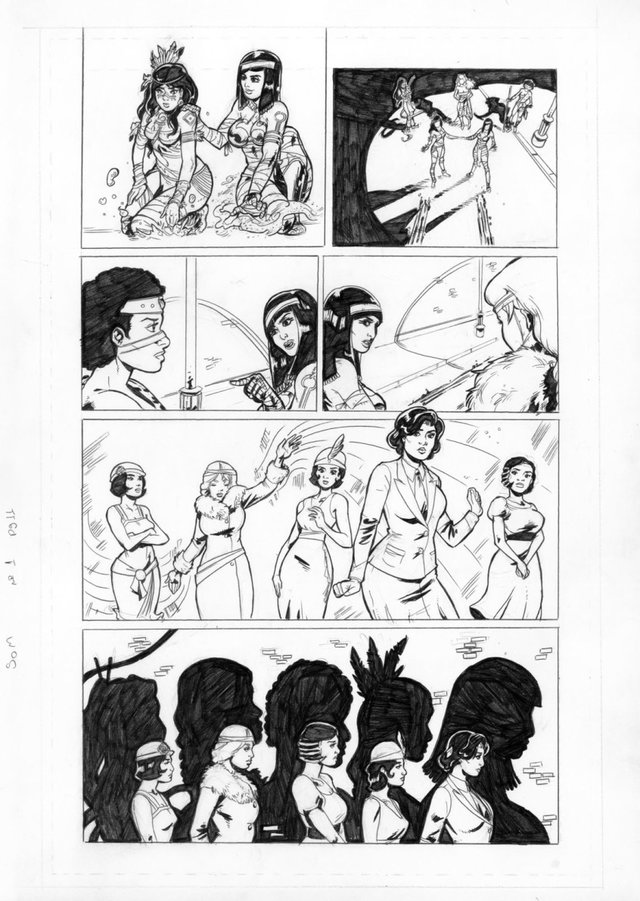