San Jose, Calif. – June 14, 2022 – SiliCon with Adam Savage, Silicon Valley’s largest Comic Con and Maker Con, has announced additional celebrities and special guests. Karen Gillan from Doctor Who, Jumanji and Guardians of the Galaxy; Kari Byron and Tory Belleci from Mythbusters; Darell Maloney, aka The Broken Nerd; Simone Giertz, a designer and robot builder; and Bob Clagettfrom I Like to Make Stuff are just a few of the exciting appearances.

The two-day convention, themed “Creating the Improbable,” is a family-friendly science, technology and pop culture fan extravaganza and comic convention that aims to inspire and entertain with science/tech discussions, film and TV screenings, and of course, incredible celebrity guests. Attendees will be able to get their maker on with hands-on maker workshops and classes taking place right on the show floor in the Savage MakerVerse makerspace. All weekend long, there will be panels with award-winning authors and artists, children’s and adult cosplay contests, build challenges, a full hall of vendors and more!

“Our goal is to bring together guests with rich histories of creation, from filmmakers and actors to artists, authors, engineers, scientists, technologists and makers, to share their creativity and enthusiasm,” said Adam Savage, Creative Director and SiliCon 2022 co-producer, special effects designer and fabricator, actor, educator, and television personality/producer, including the host of Tested and former co-host of Discovery’s Mythbusters series.

Here are just a few of the world-renowned celebrity makers who will be appearing in the Savage MakerVerse and panels throughout the event: 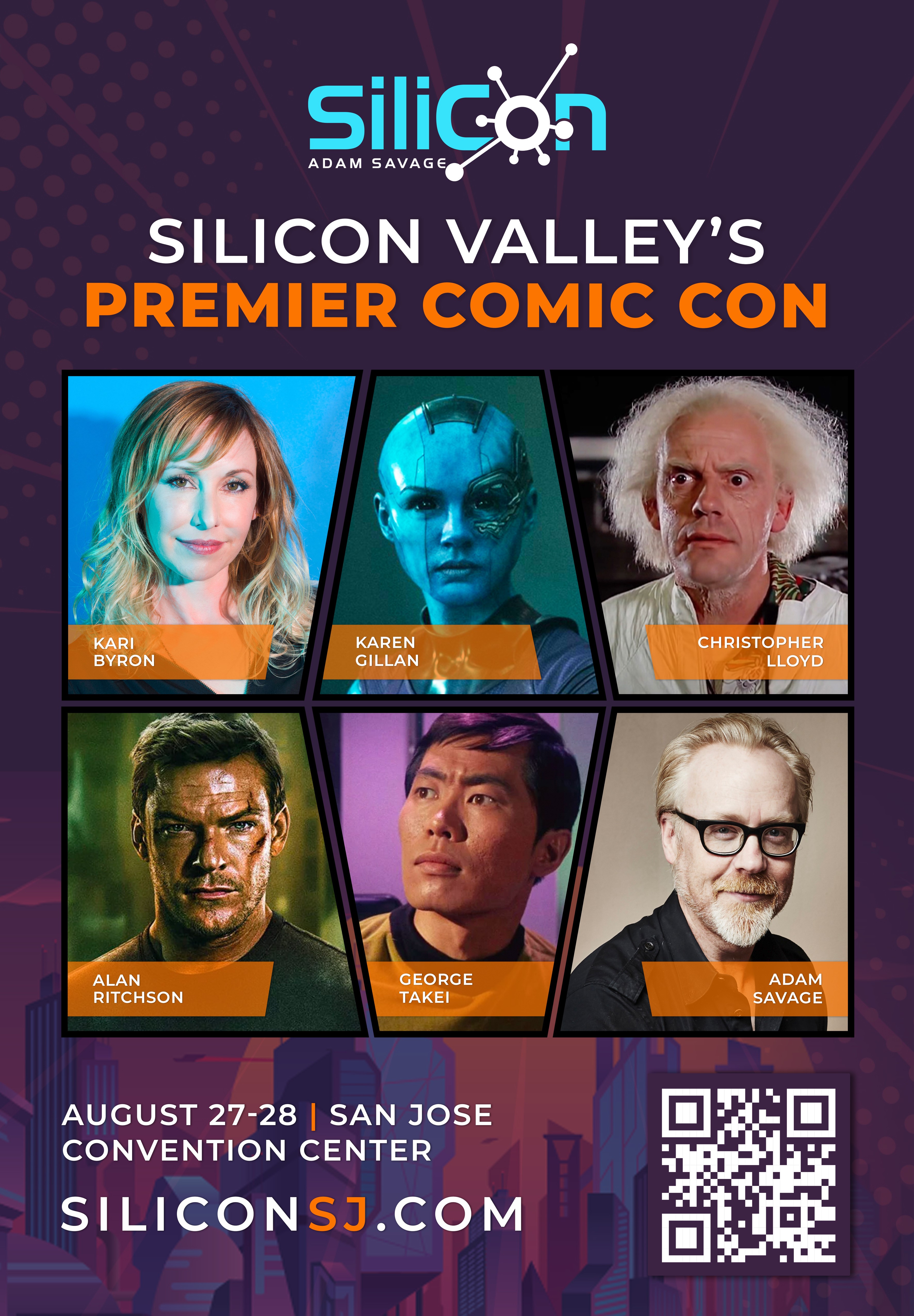 “We’re thrilled to announce an expanded roster of incredible creators, an exclusive film screening with an award-winning Hollywood special effects master, and more at this year’s SiliCon. We will continue to augment the event with spark-igniting creativity and talent as we build on our Creating the Improbable theme,” added Savage.
Discount Accommodations

SiliCon with Adam Savage attendees may purchase a special group rate of $139 US per night at the Marriott San Jose.
Sponsorship and Exhibitor Opportunities