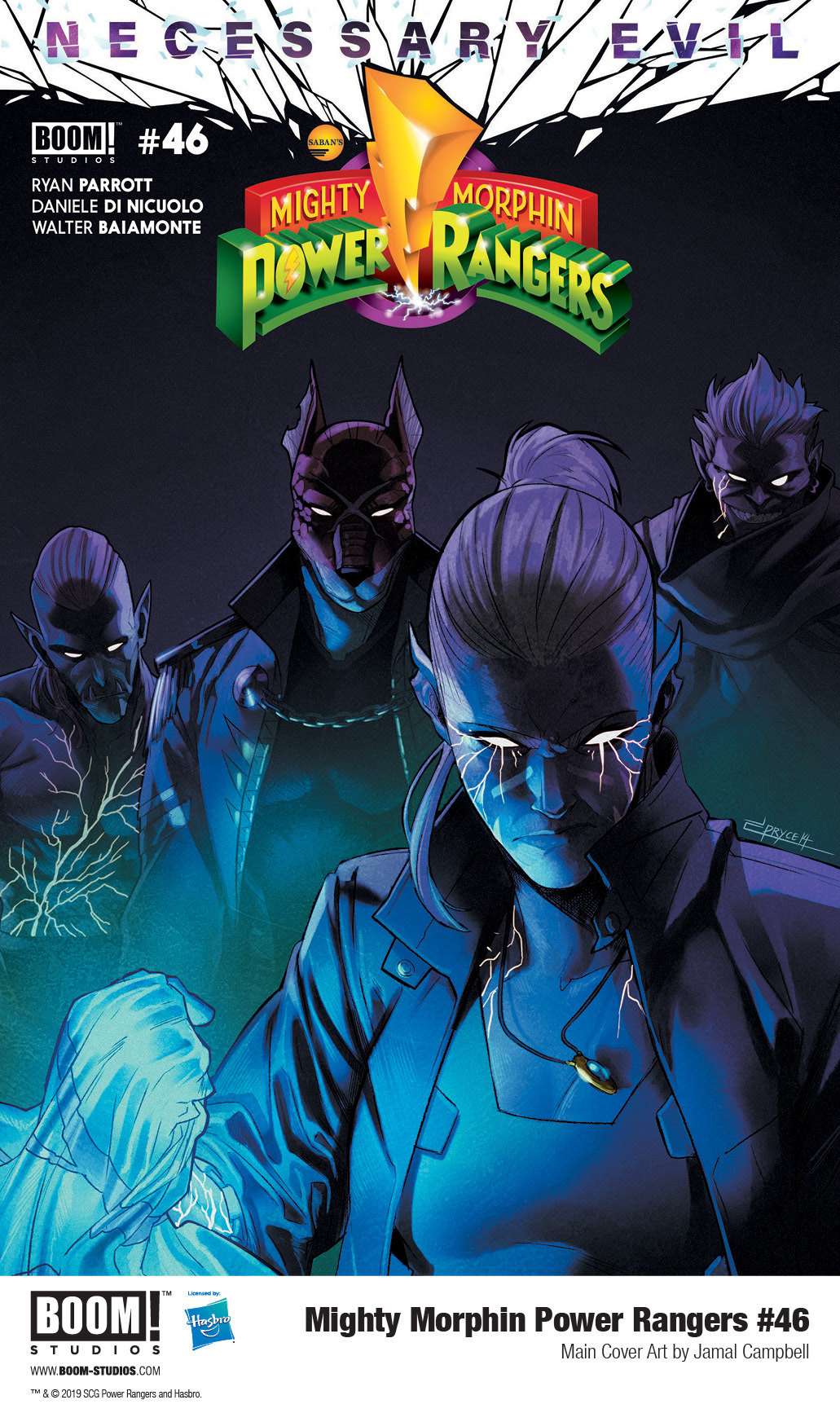 The ALL NEW OMEGA RANGERS discover a shocking betrayal from one of their own! As Safehaven turns into a RANGER VS RANGER battleground, not everyone will make it out alive.

Now fans can collect each of the Mighty Morphin Power Rangers in a new set of Trading Card Variant covers, illustrated by Kris Anka and designed by Dylan Todd. The MIGHTY MORPHIN POWER RANGERS #46 cover by Anka features the Red Omega Ranger, Jason Lee Scott, with an image of the Red Omega Ranger in action on the front, and stats on the back cover, including team name, alias, and biography.

The MIGHTY MORPHIN POWER RANGERS #46 Story variant cover depicts the next essential chapter in an eleven-part series written by writer Ryan Parrott and illustrated by acclaimed artist Dan Mora, following the enigmatic, all-knowing Emissaries as they travel space and time, unearthing never-before-seen details of the immediate aftermath of the explosive events of Shattered Grid and changing the course of MIGHTY MORPHIN POWER RANGERS comic history forever.

Currently, POWER RANGERS is celebrating 26 continuous years on the air, making it one of the longest running kids’ live-action series in television history with nearly 900 episodes aired to date. Created by Haim Saban and launched in 1993 with Mighty Morphin Power Rangers, the franchise celebrates its milestone anniversary year with the 26th season, “Power Rangers Beast Morphers” currently airing on Saturdays at 8 a.m. (ET/PT) on Nickelodeon in the U.S.

Print copies of MIGHTY MORPHIN POWER RANGERS #46 will be available on December 18, 2019 at local comic book shops (use comicshoplocator.com to find the one nearest you), or at the BOOM! Studios webstore. Digital copies can be purchased from content providers like comiXology, iBooks, Google Play, and Madefire. Softcover collections of MIGHTY MORPHIN POWER RANGERS,  and other Power Rangers releases from BOOM! Studios are available now, everywhere books are sold. 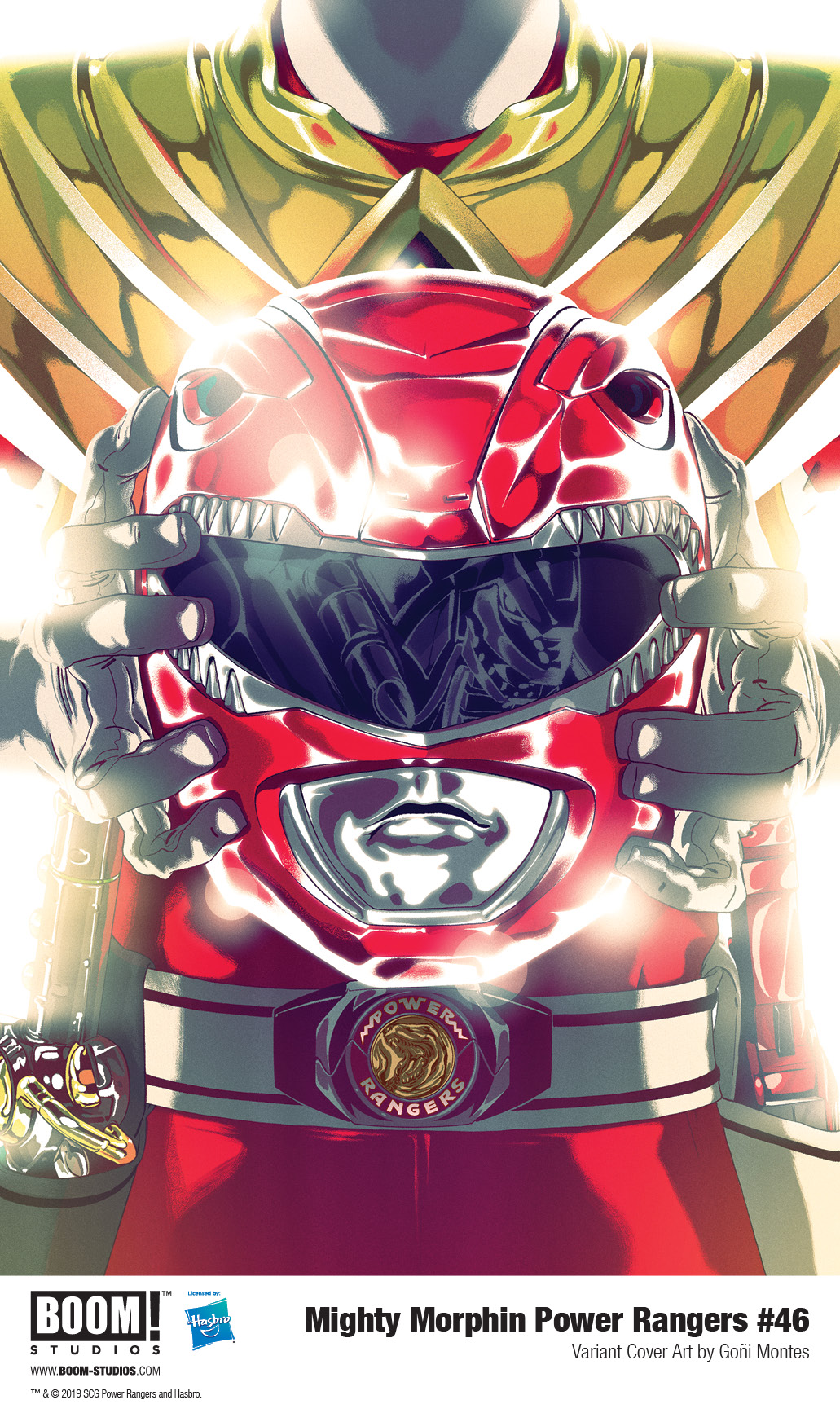 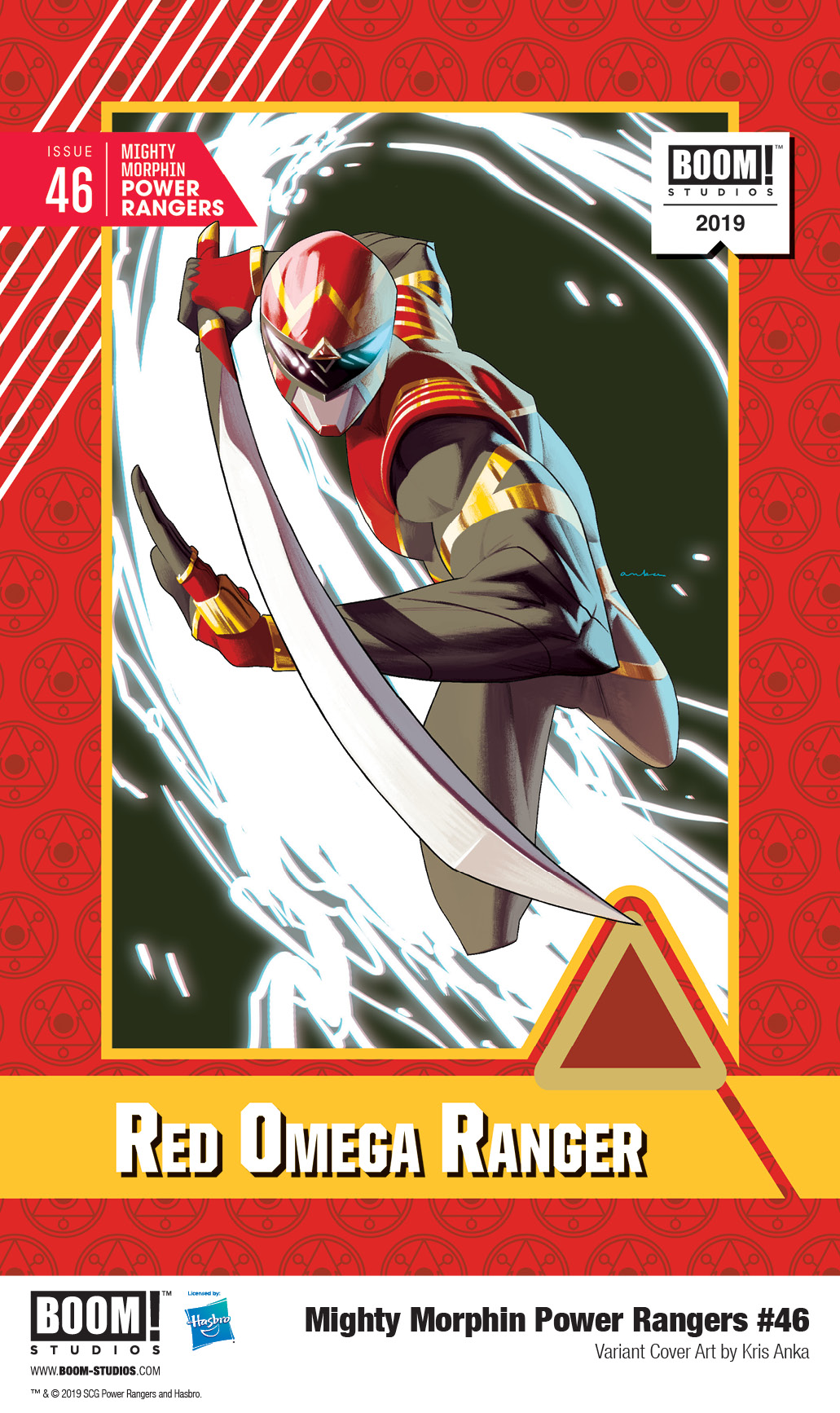 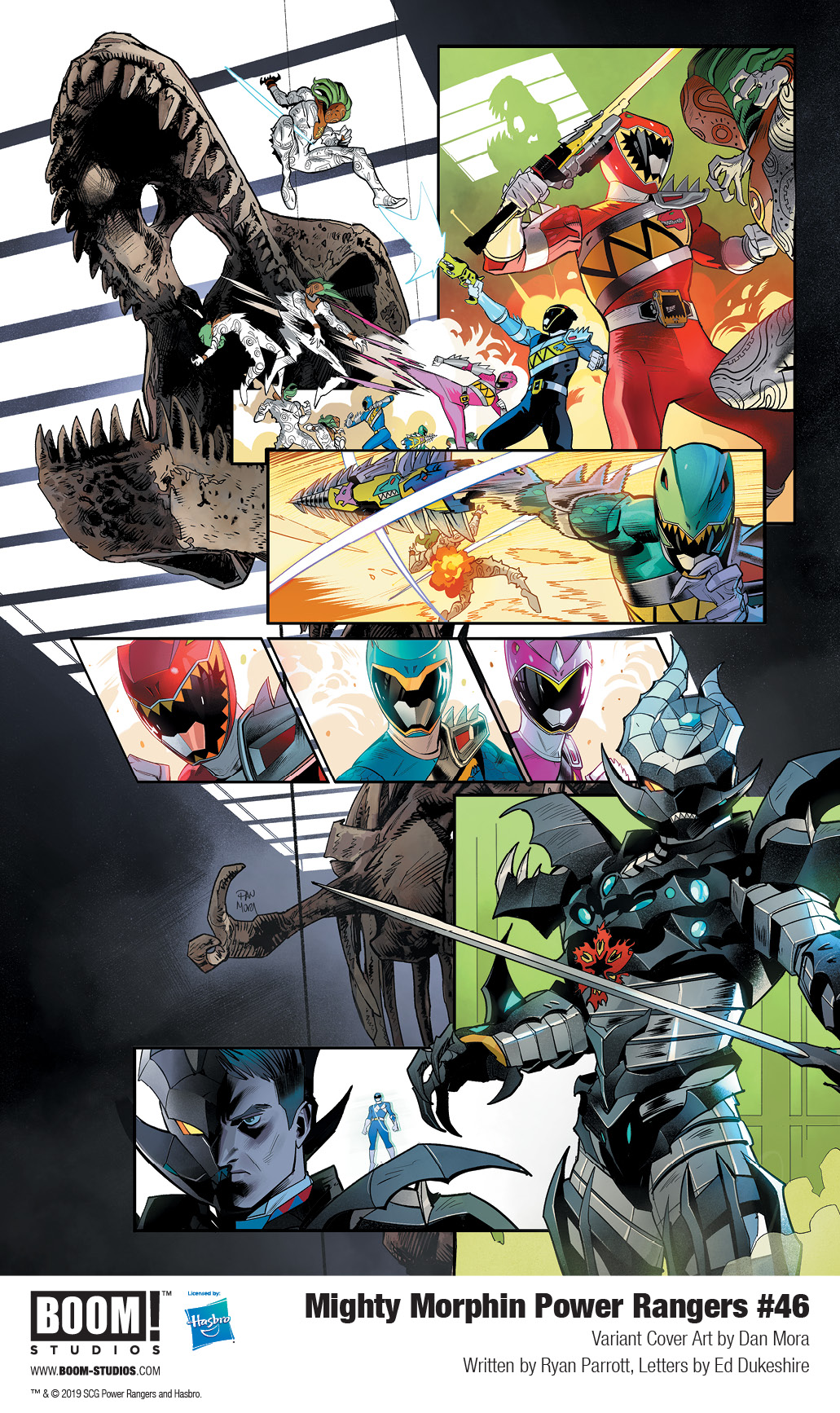 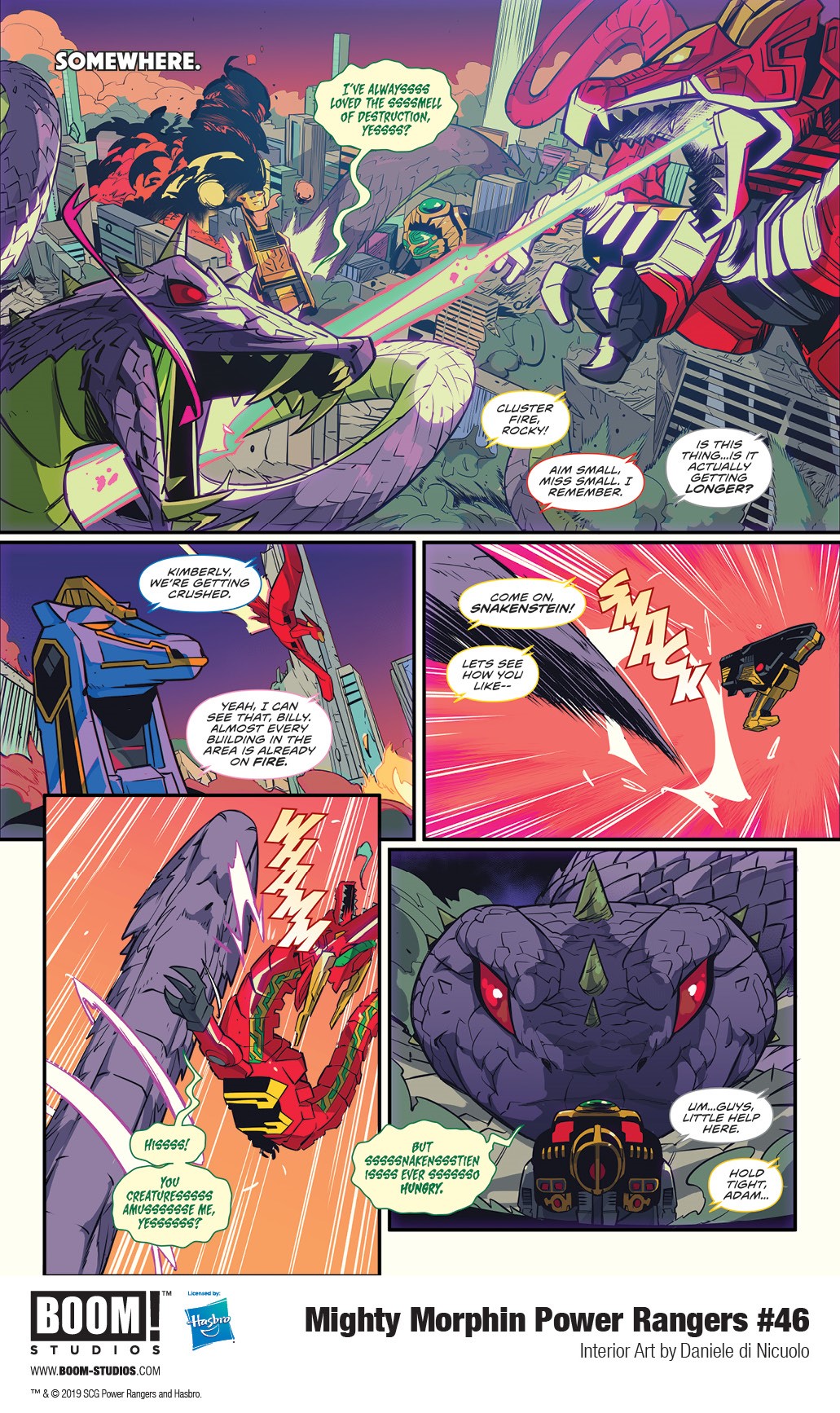 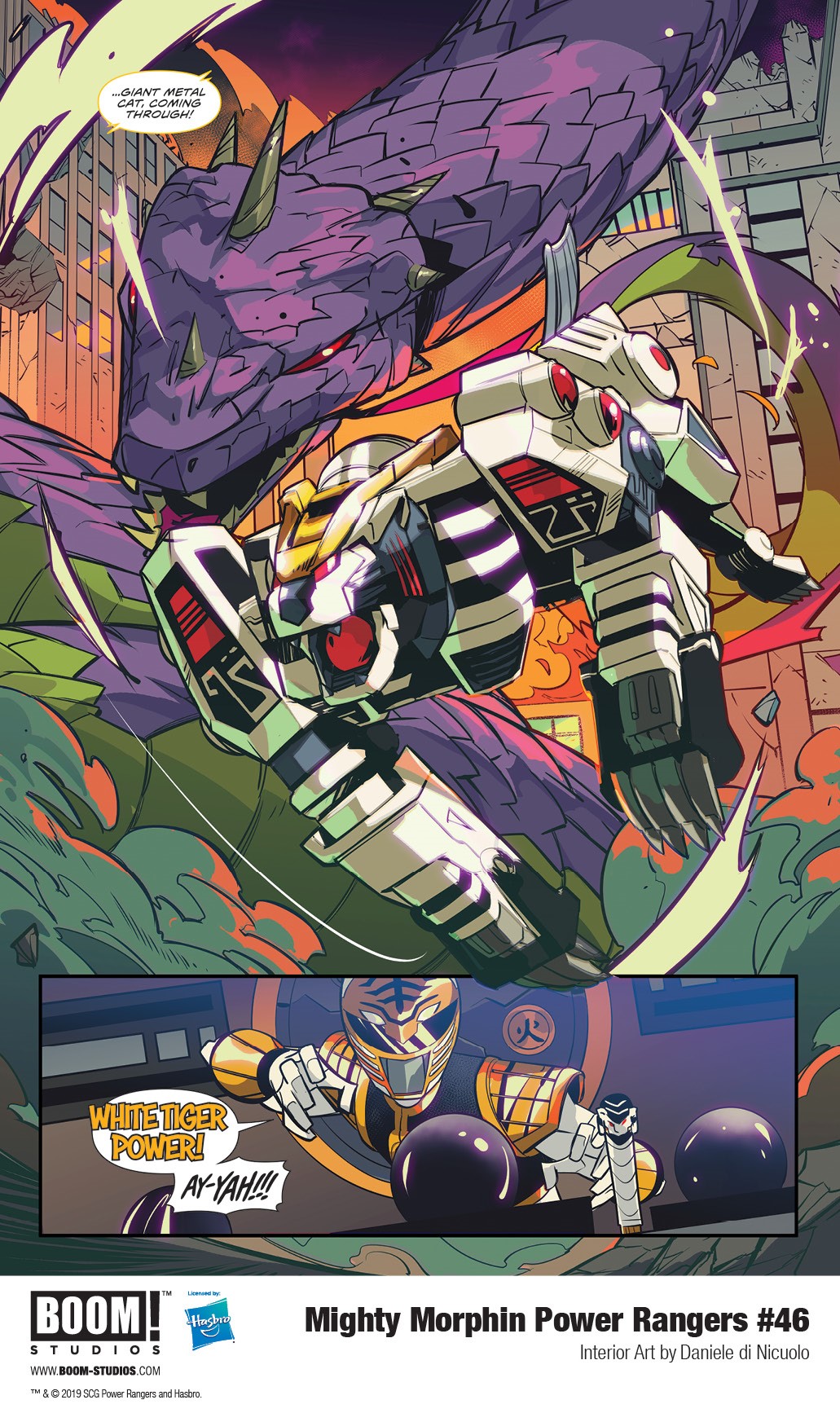 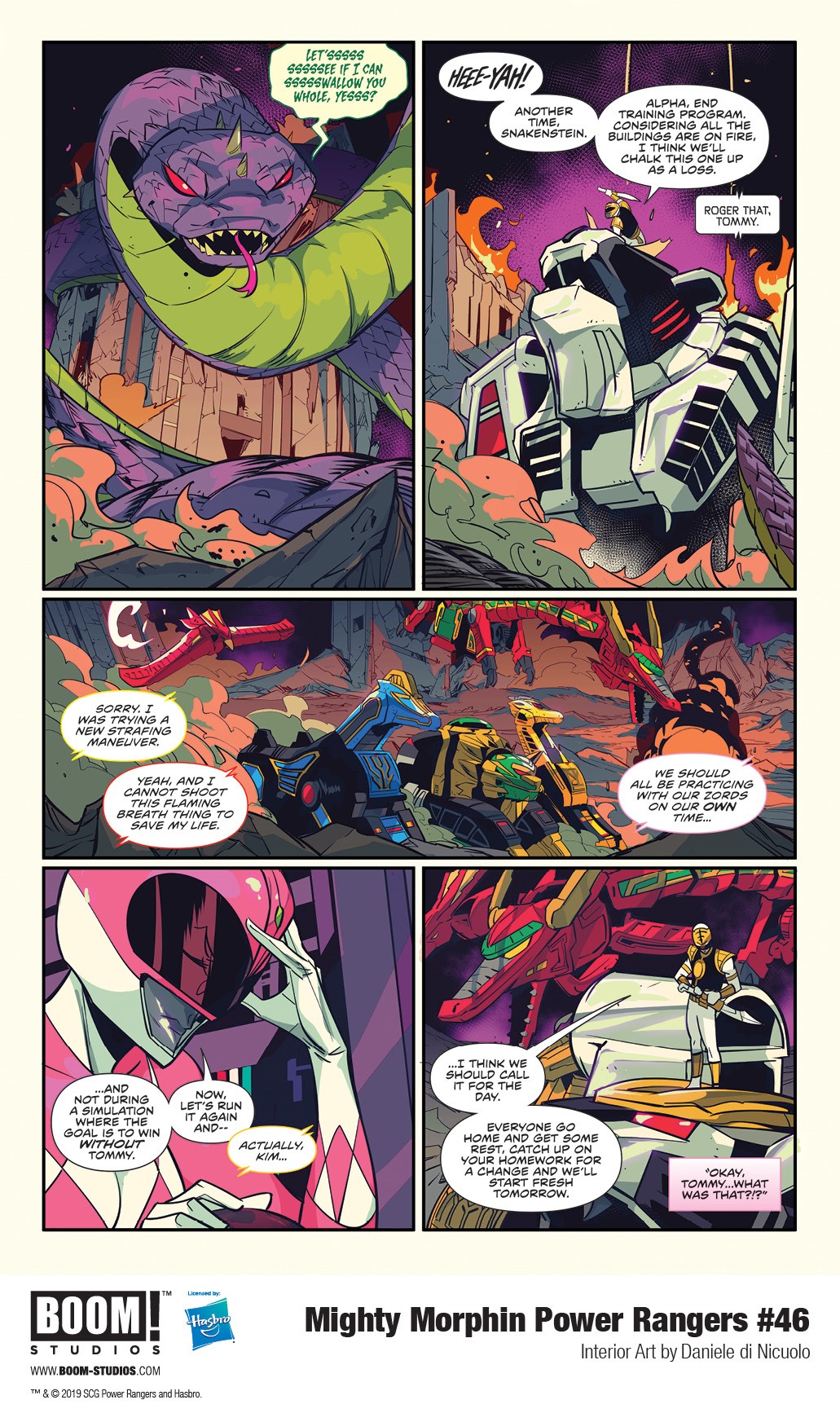 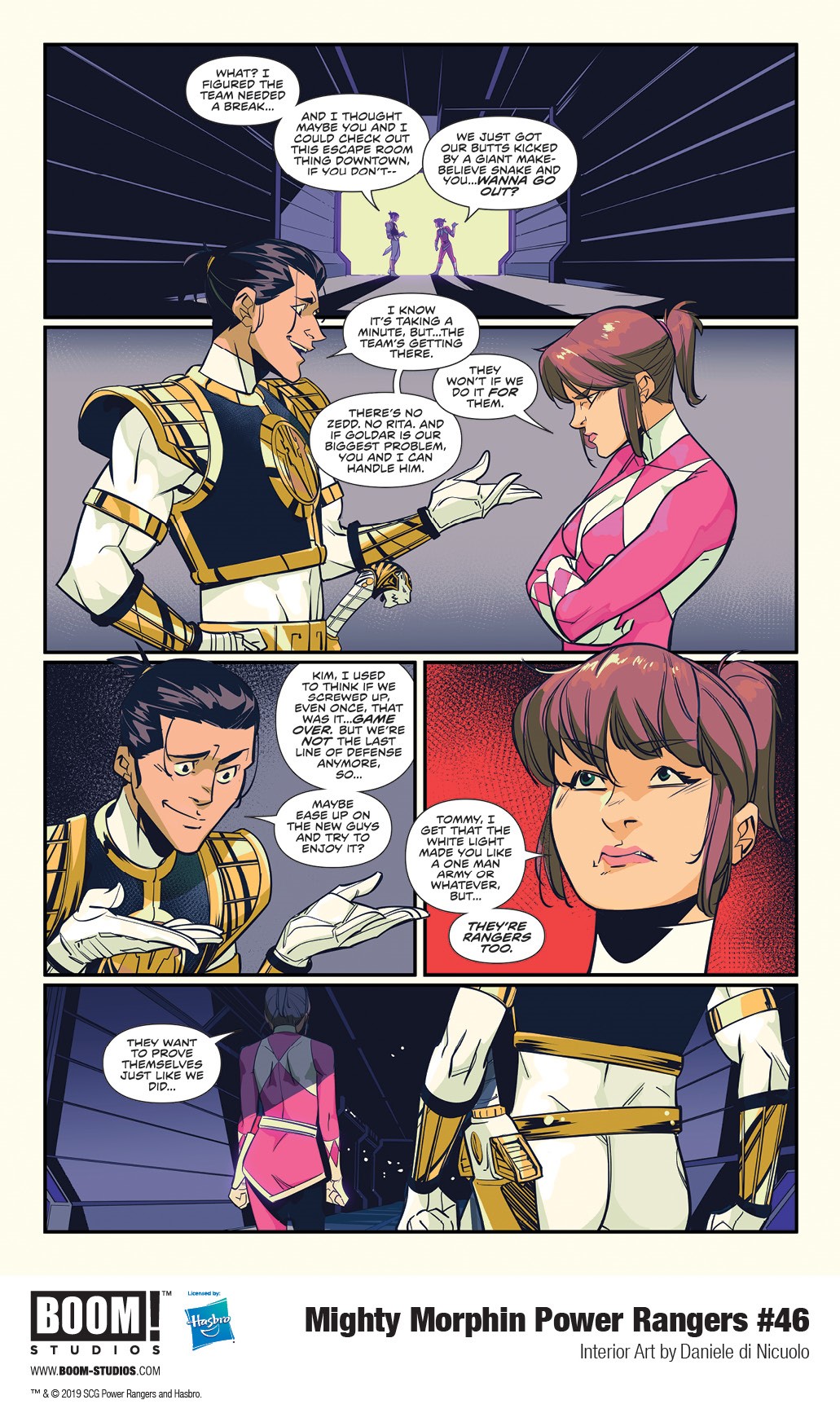 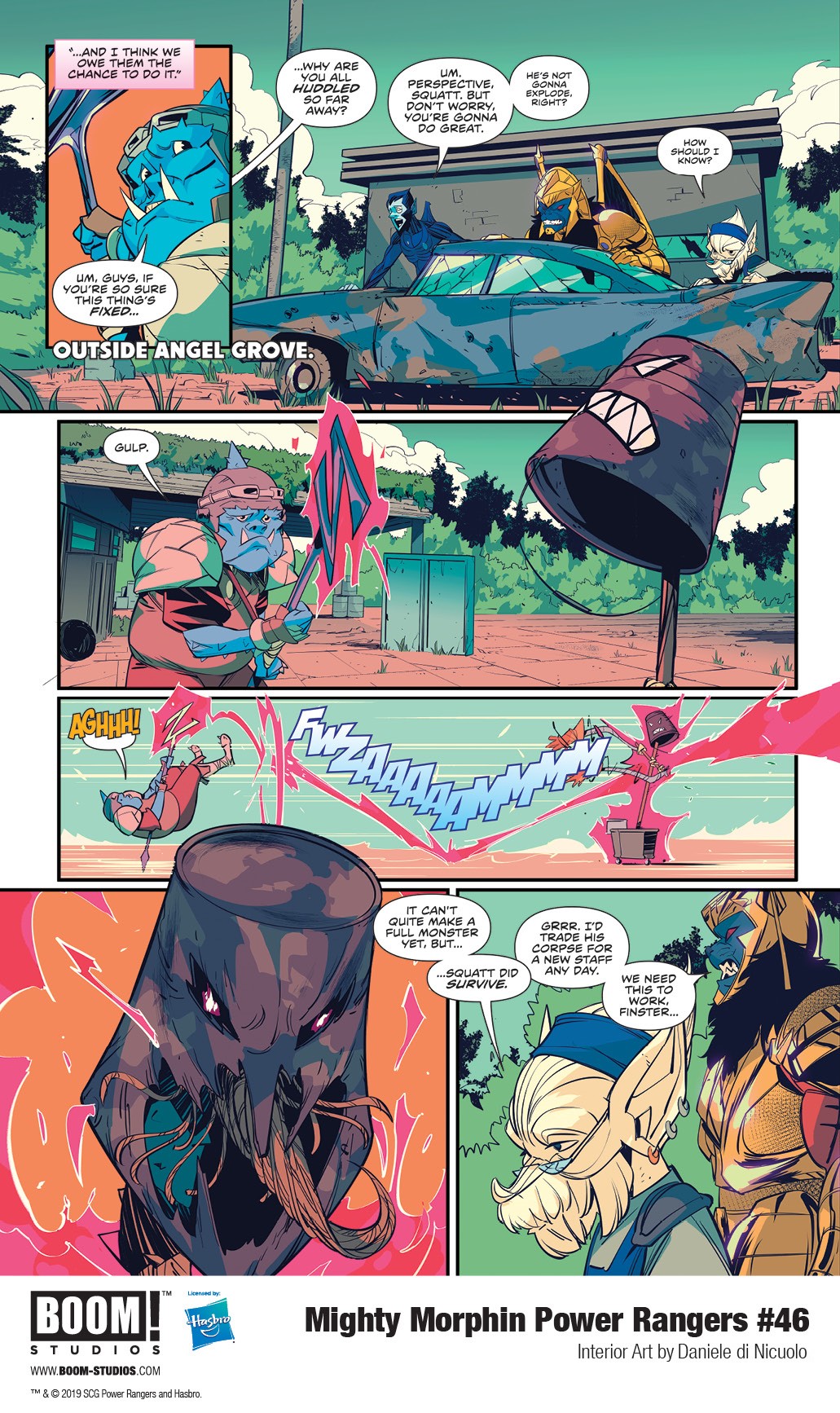