August 17, Mt. Laurel, NJ: The Queen of the Jungle is swinging back into comics this fall in a brand new series!

One of comics’ most historic heroines returns in a bold new take by writer Stephen Mooney (Half-Past Danger, Black Widow) that seeks to answer the question – in a very different kind of jungle, the urban one – is Sheena still queen? The thrilling new adventure combines the classic elements of the legendary character with the action-packed modern sensibility for the character as first developed by legendary screenwriter Steven E. de Souza (Die Hard, Tomb Raider), making it the perfect book for fans new and old! 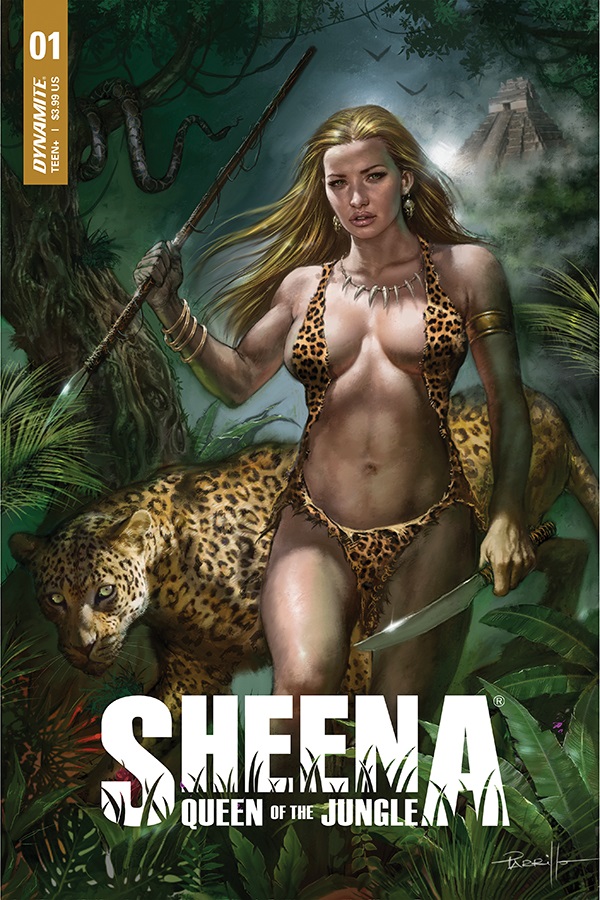 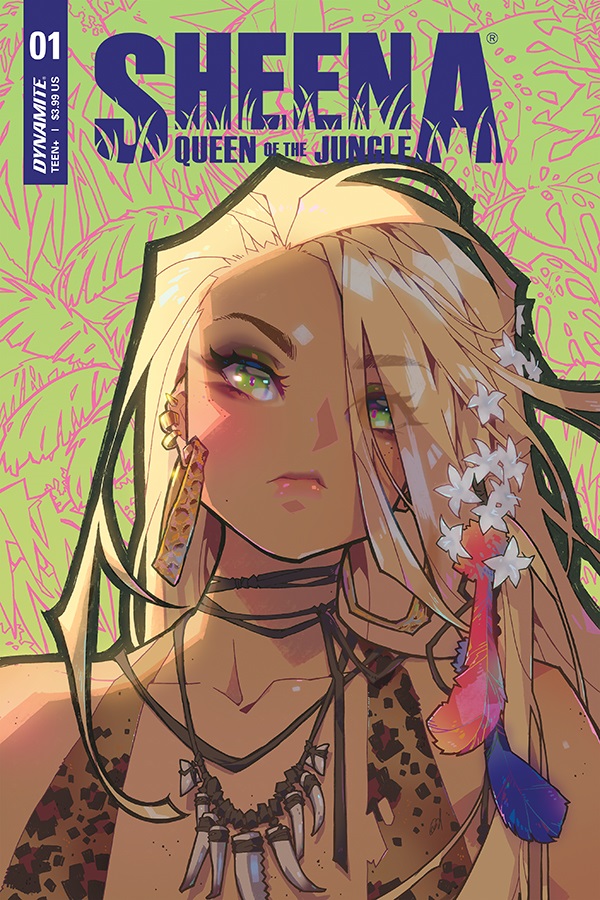 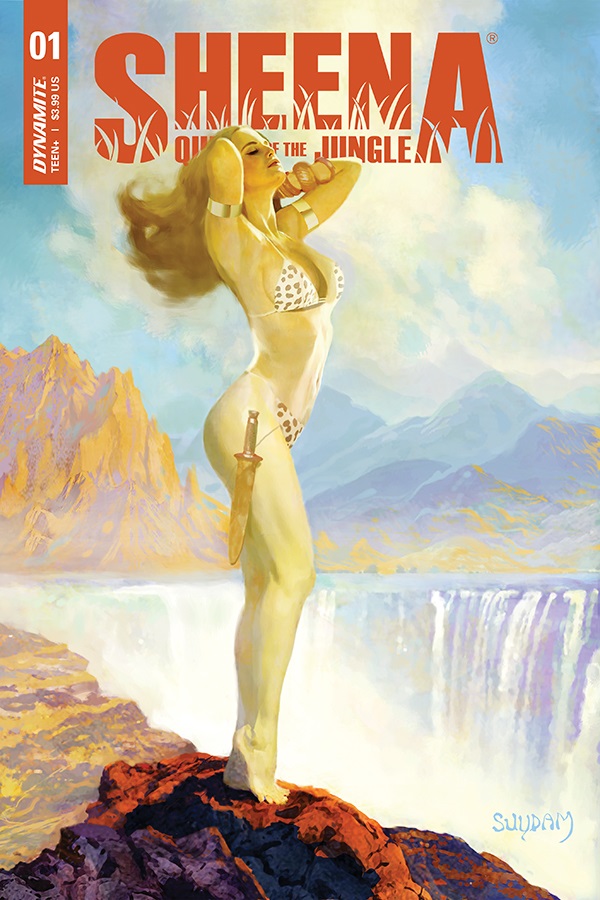 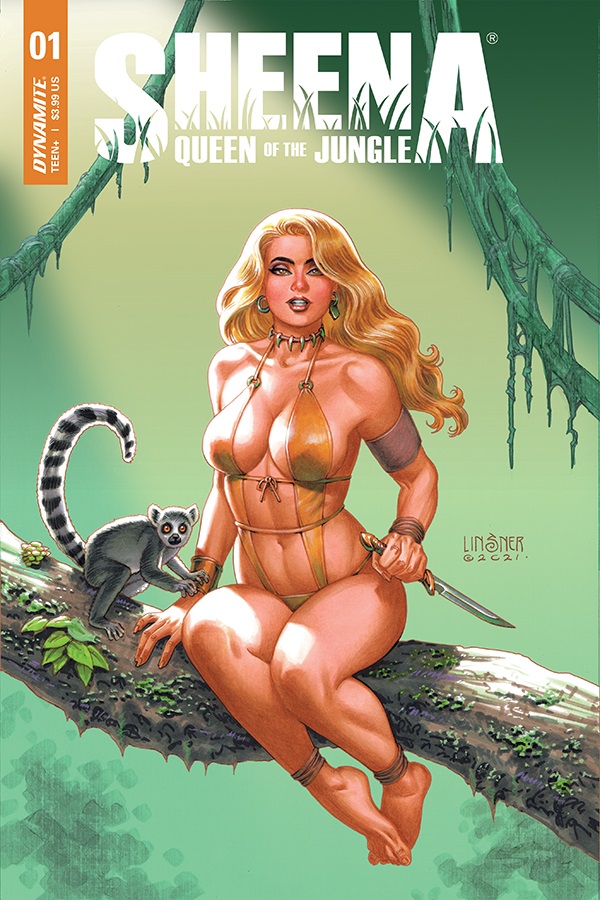 “It’s exciting getting to play with these kinds of toys and accepting that challenge of adding something new and worthy to the established mythos,” said writer Stephen Mooney. “The fact that Sheena was a bit of a trailblazer is fantastic, but that in itself does not a good story make. It’s up to us newbies to add something perhaps a little more contemporary, without robbing Sheena of any of the elements that already made her great”

In a tale evoking such action-packed and incisive films as Jurassic Park, Predator, and The Hunger Games, Sheena is drafted by a conglomerate eager to rehabilitate its image with a haven for endangered flora and fauna in a state-of-the-art combination research center and destination resort — the Bio-Dome!. But on the eve of the grand opening, all communication with staff and the first lucky park visitors has broken off. Inside and outside of the Bio-Dome, Sheena faces obstacles both new and old, including deceit, manipulation, and a deadly creature like nothing she has ever encountered. What she discovers will change her entire world — and her place in it.

Mooney is reunited with his Bettie Page collaborator Jethro Morales, as they’ve honed their chemistry together alongside colorist Dinei Ribero. As an artist as well himself, Mooney works closely with his team to craft the best possible comics storytelling. 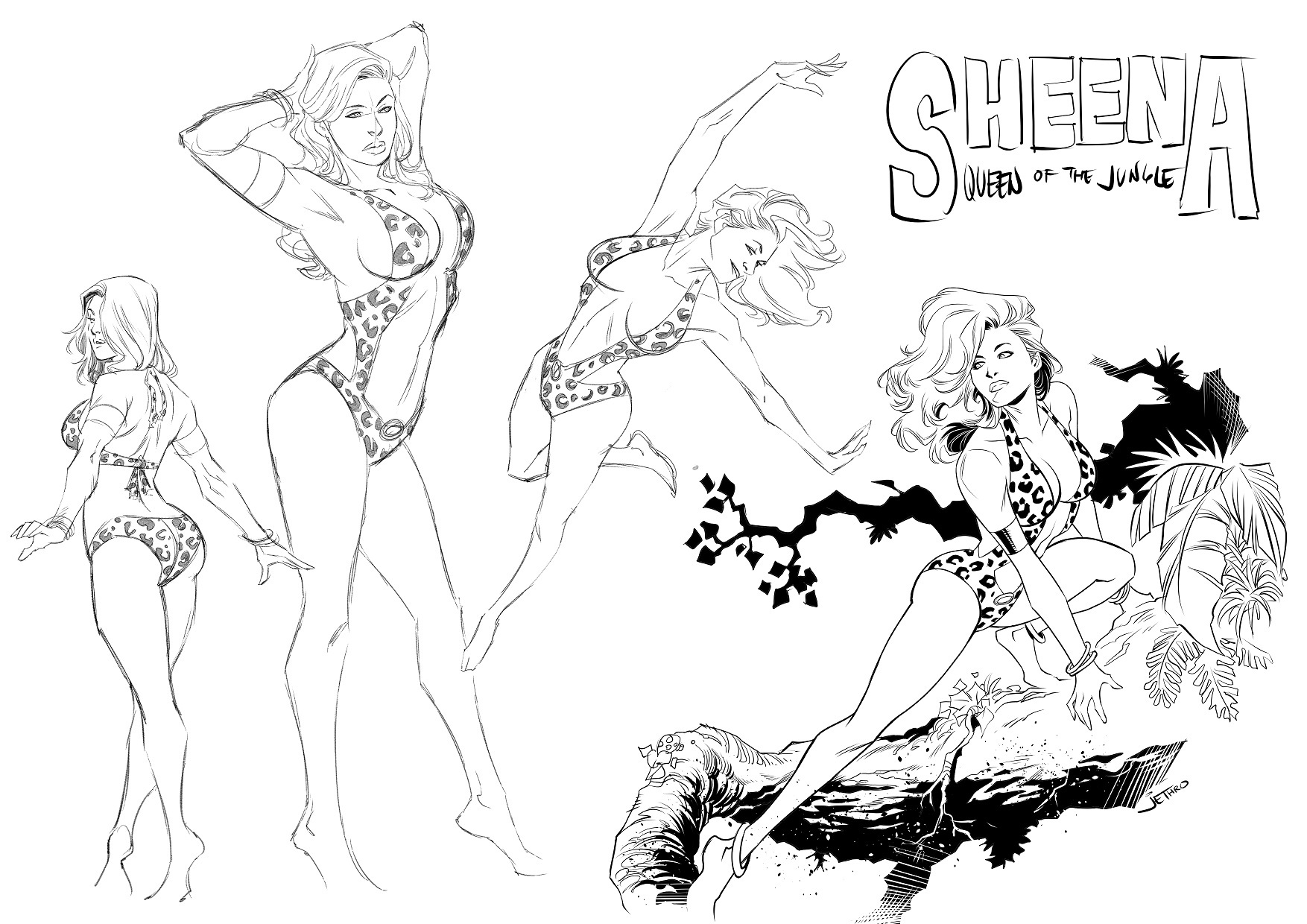 Sheena goes all the way back to 1938 and was co-created by the legendary Will Eisner. The character was initially published by Fiction House, a studio ahead of their time in their hiring of female writers and artists as well as top billed female characters in their titles. As their top feature, Sheena made history as the first female character to get her own eponymous comic series, predating the likes of Wonder Woman. Sheena has since starred in two TV shows and a cult classic film. For over 80 years, fans have enjoyed her adventures.

That lasting legacy is celebrated with a diverse range of artists contributing to the series beyond the core creative team. Readers and collectors can enjoy covers by Lucio Parrillo, Rose Besch, Arthur Suydam, Joseph Michael Linsner, Carla Cohen, Stephen Mooney, Lesley “Leirix” Li, and even cosplay by Rachel Hollon. 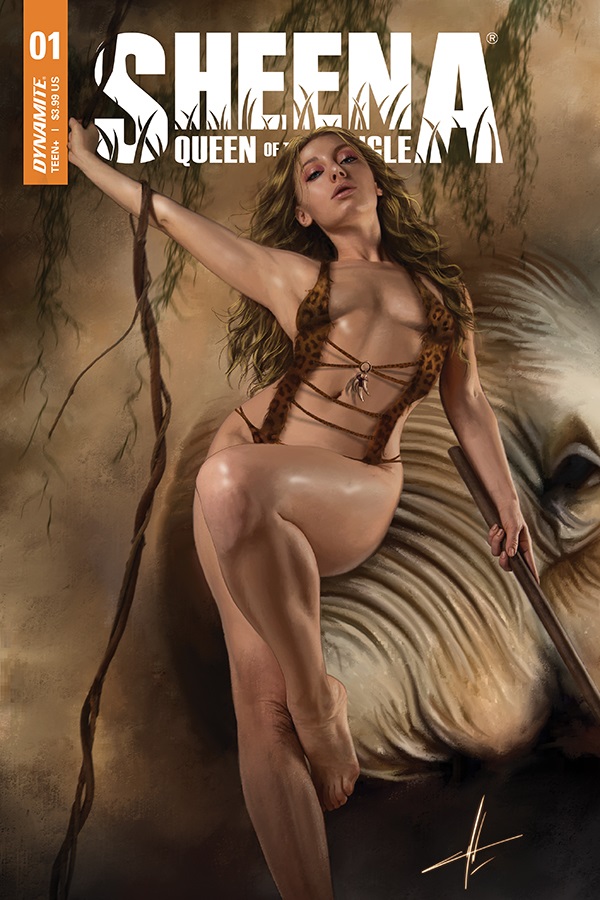 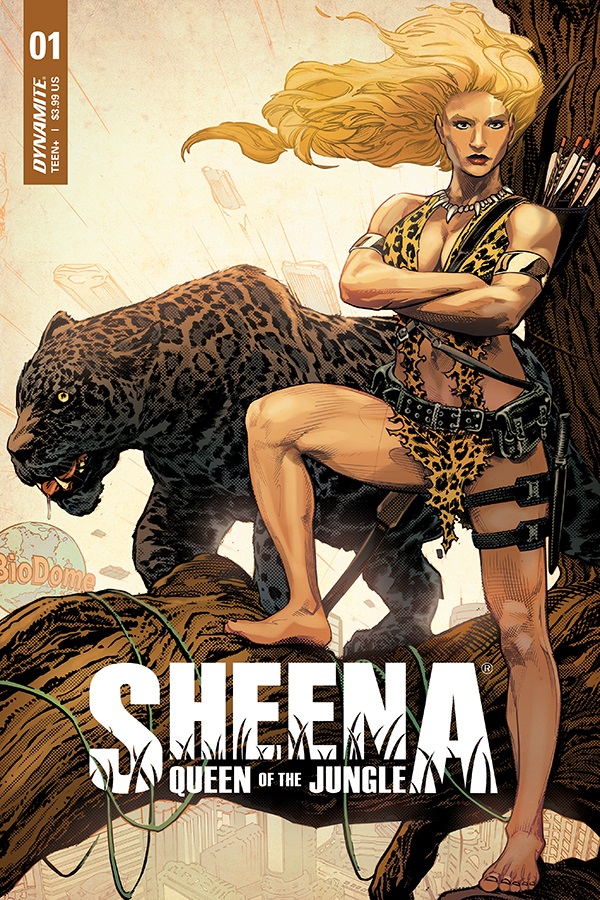 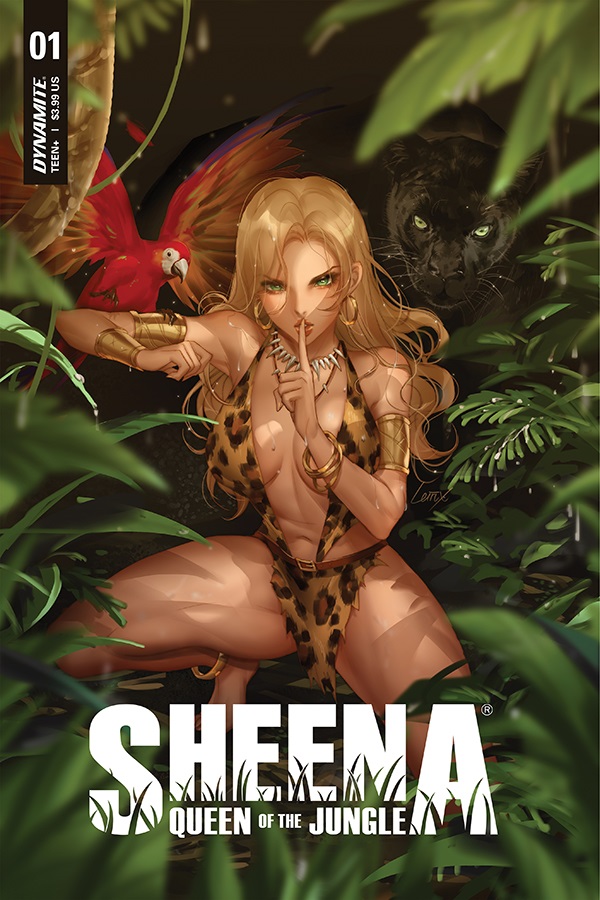 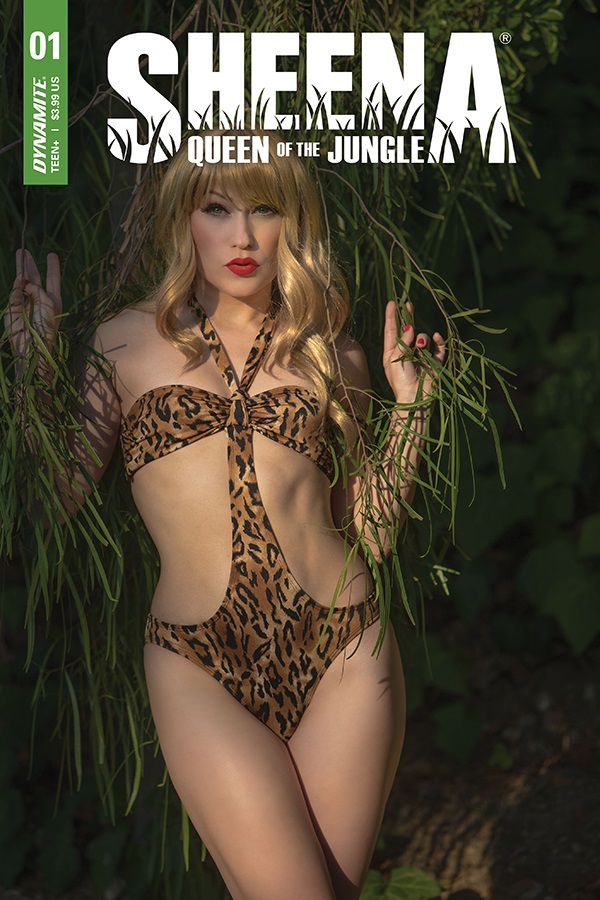 SHEENA QUEEN OF THE JUNGLE #1 is solicited in Diamond Comic Distributors’ September 2021 Previews catalog, the premier source of merchandise for the comic book specialty market, and slated for release in November 2021. Comic book fans are encouraged to preorder copies of the issue with their local comic book retailers. It will also be available for individual customer purchase through digital platforms courtesy of Comixology, Kindle, iBooks, Google Play, Dynamite Digital, ComicsPlus, and more!