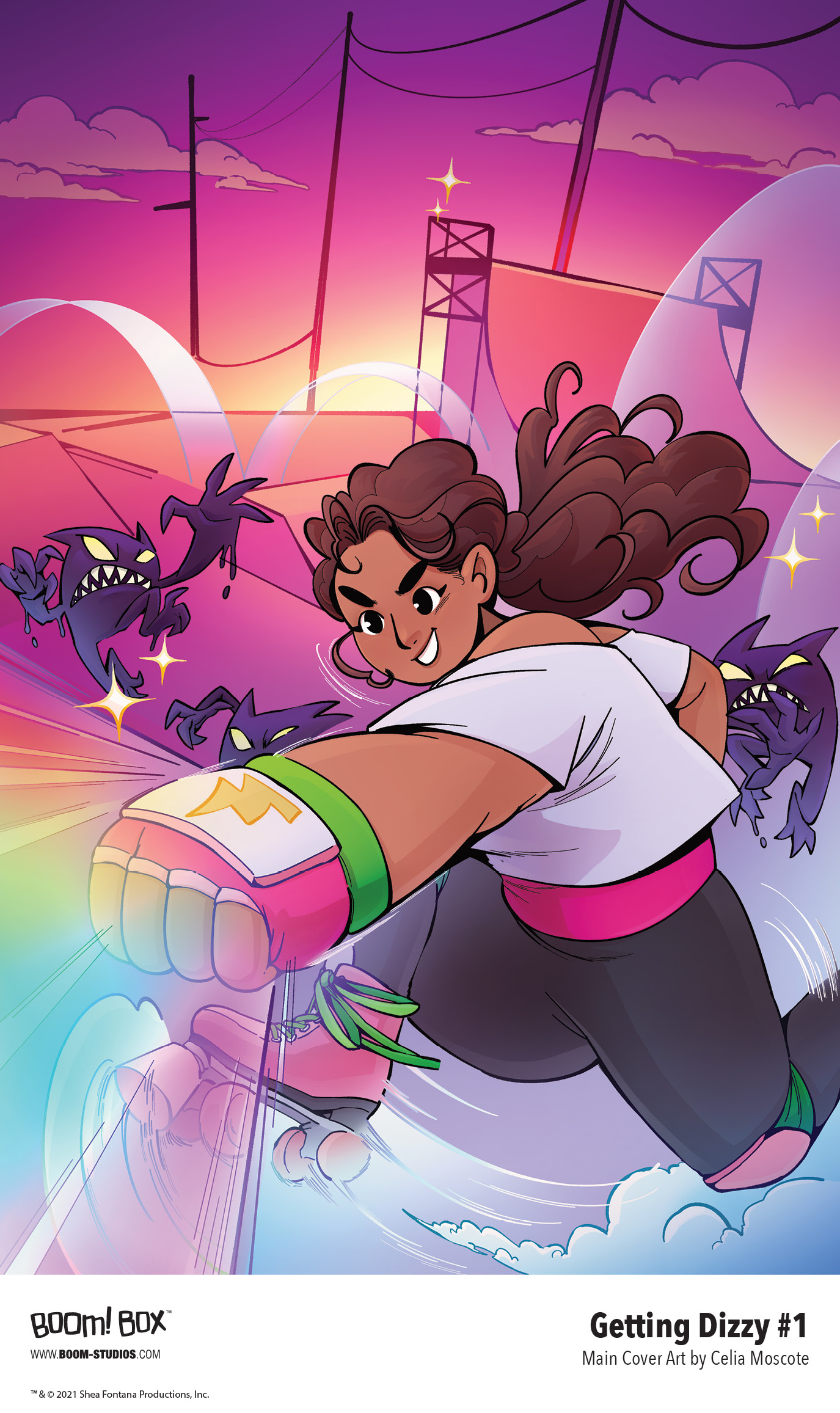 Dizzy wants to be the best! But with everything she’s tried, including roller skating, this teen can only achieve one thing –  disaster. Just when Dizzy is ready to pack it in, everything changes when the Negatrixes attack, forcing her to take up the super-powered mantle of ‘Burb Defender! But if she wants to save the world, she’s going to have to assemble the coolest skating crew the ‘Burbs have ever seen!

Shea Fontana is a writer for film, television and graphic novels. She is currently showrunning the new Monster High animated series for Nickelodeon and Mattel. Her credits include DC Super Hero Girls, Polly Pocket, Wonder Woman, and Batman: Overdrive. She can be found on Twitter and Instagram @sheafontana.

“GETTING DIZZY is where friendship, super powers, and skating collide. I’m so excited for readers to meet superheroes-in-the-making, Dizzy and her skater pals, and experience the friendships that can only be formed by falling on your face ten thousand times in front of each other,” said Fontana. “These quirky teens bring the laughs and the heart to the skatepark — all while saving the day in a major way.”

Celia Moscote is a storyboard artist and illustrator based out of the greater Los Angeles area who is best known for their work on Gabby Rivera’s Juliet Takes a Breath graphic novel from BOOM! Studios and the animated film Tina and the Gucci Flip Flop, as well as their representation of diverse characters within their zines, comics, and character designs.

“Strap on your pads and put on your helmets ‘cause GETTING DIZZY is going to take you for the ride of your life! Shea and Celia have got the coolest crew of teens saving the world by doing what they do best—looking out for each other and skating like there’s no tomorrow!” said Shannon Watters, Editor, BOOM! Studios.

Print copies of GETTING DIZZY #1 will be available for sale in November 2021 exclusively at local comic book shops (use comicshoplocator.com to find the nearest one) or at the BOOM! Studios webstore. Digital copies can be purchased from content providers, including comiXology, iBooks, Google Play, and Kindle.

For continuing news on GETTING DIZZY and more from BOOM! Studios, stay tuned to www.boom-studios.com and follow @boomstudios on Twitter. 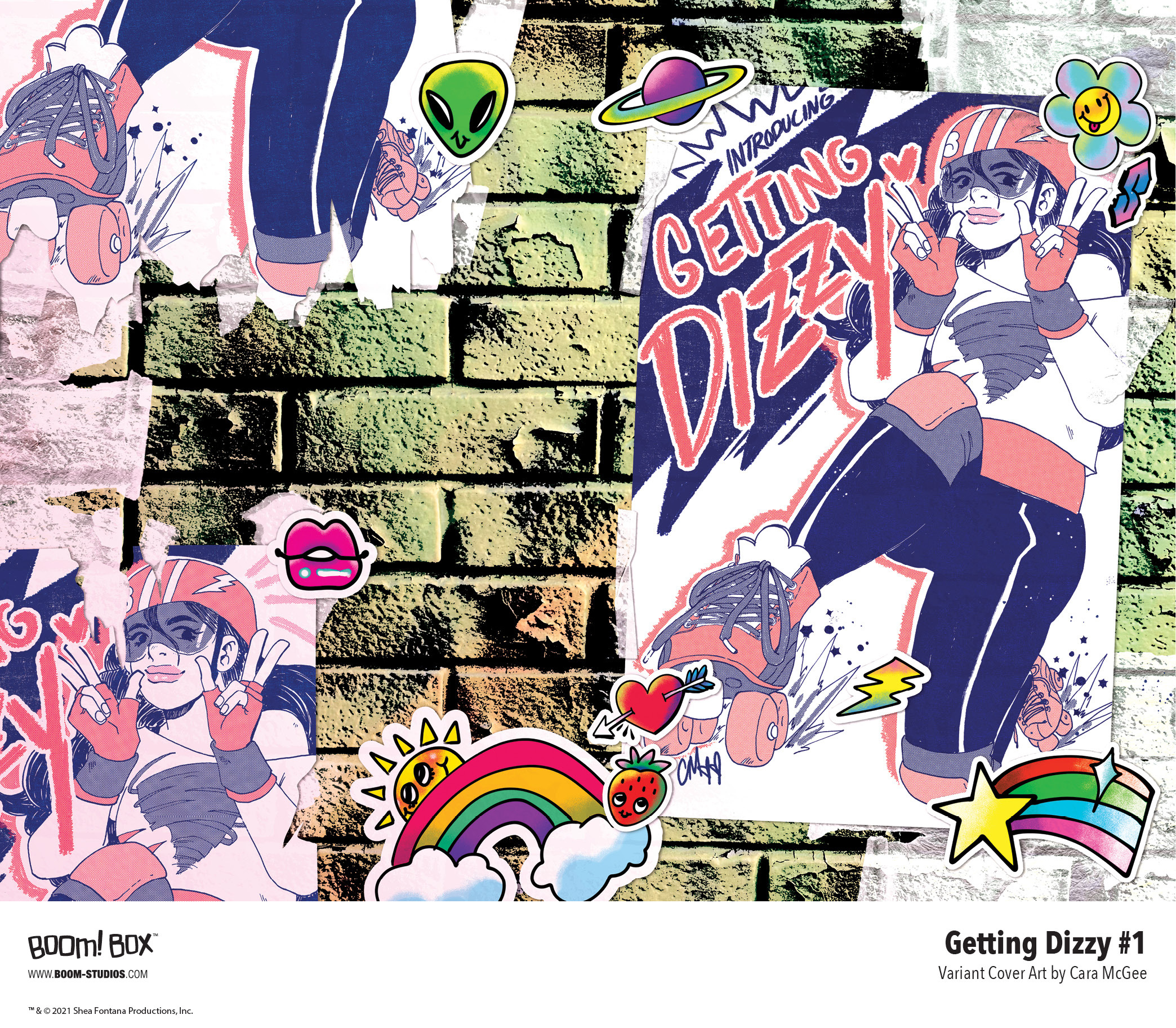 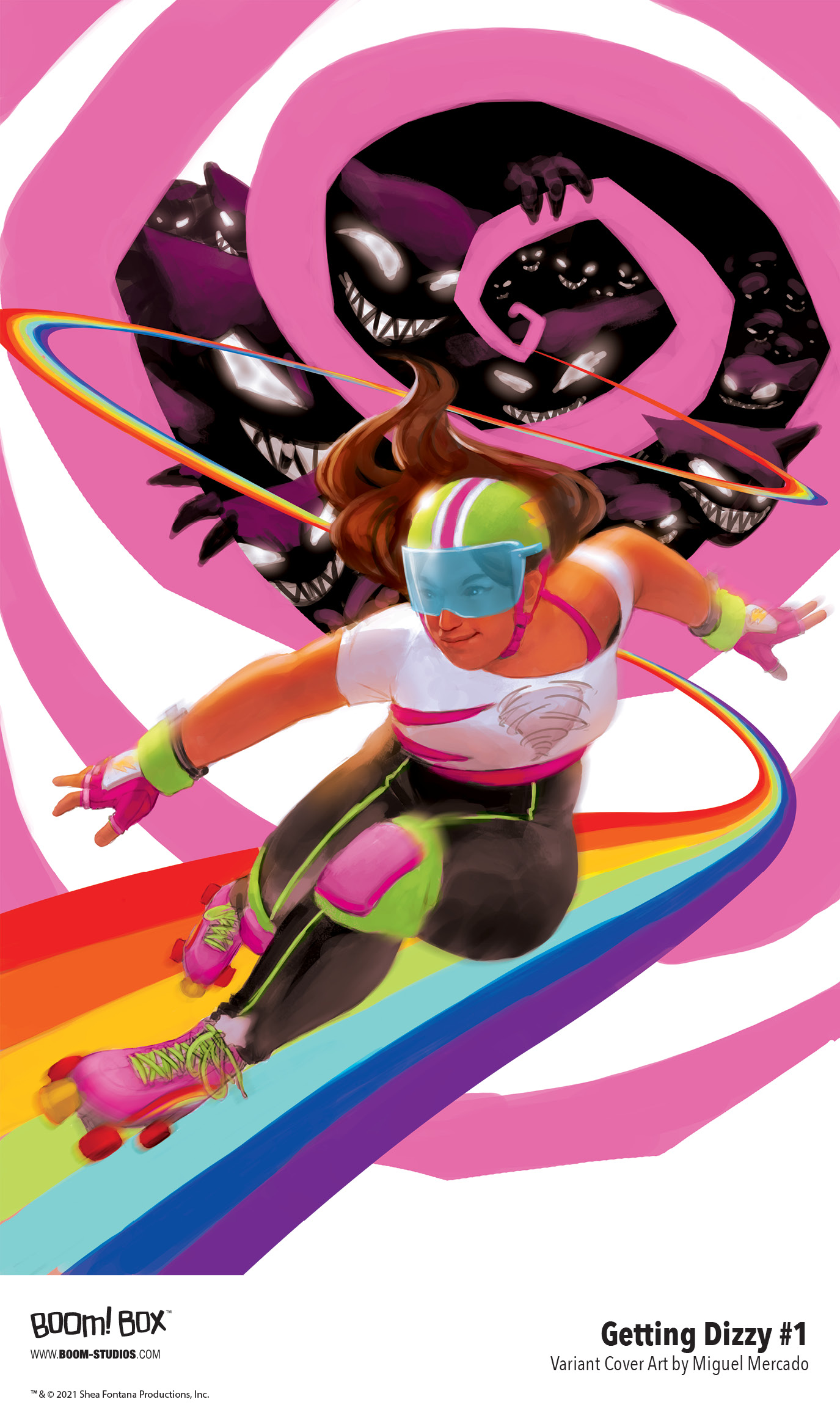 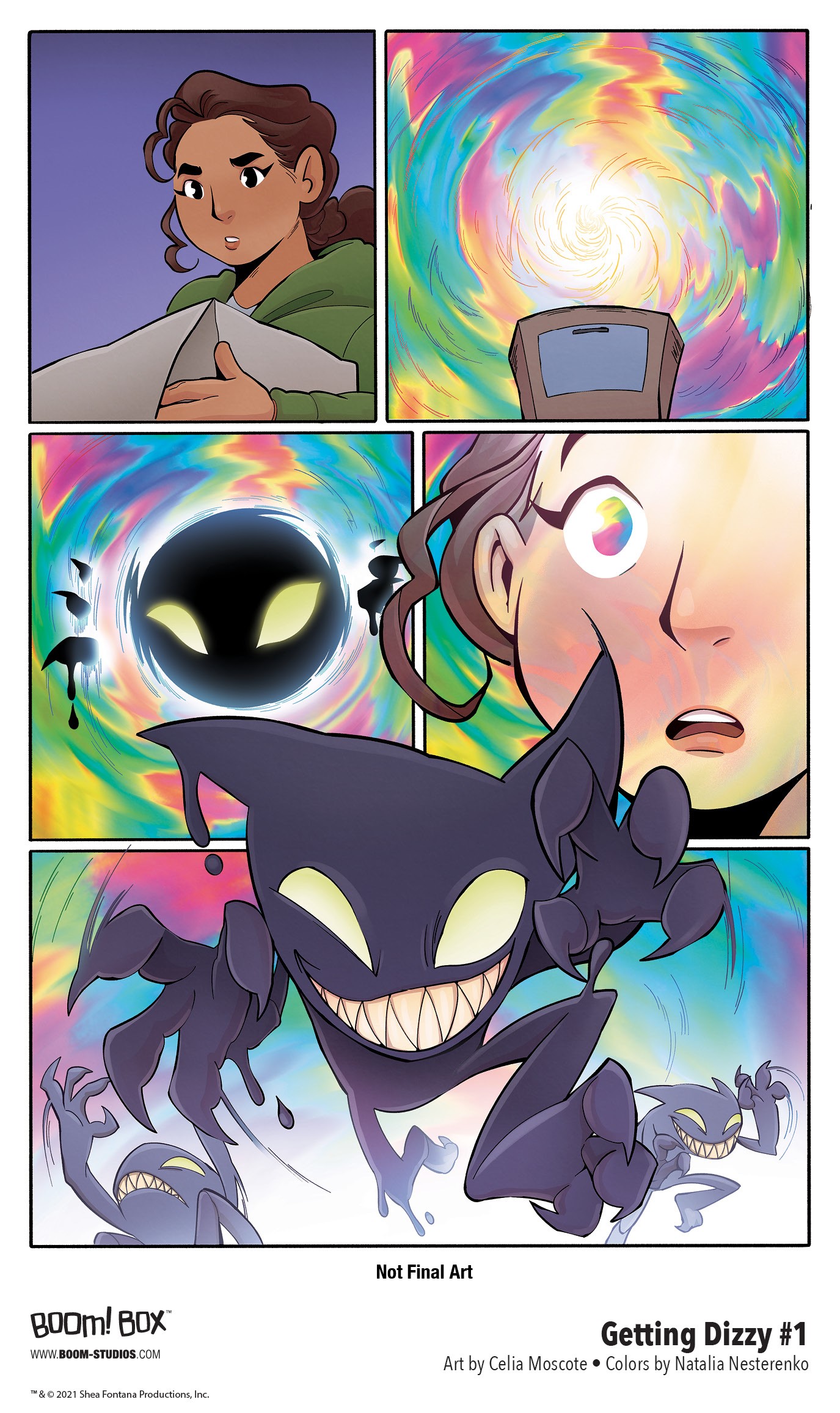 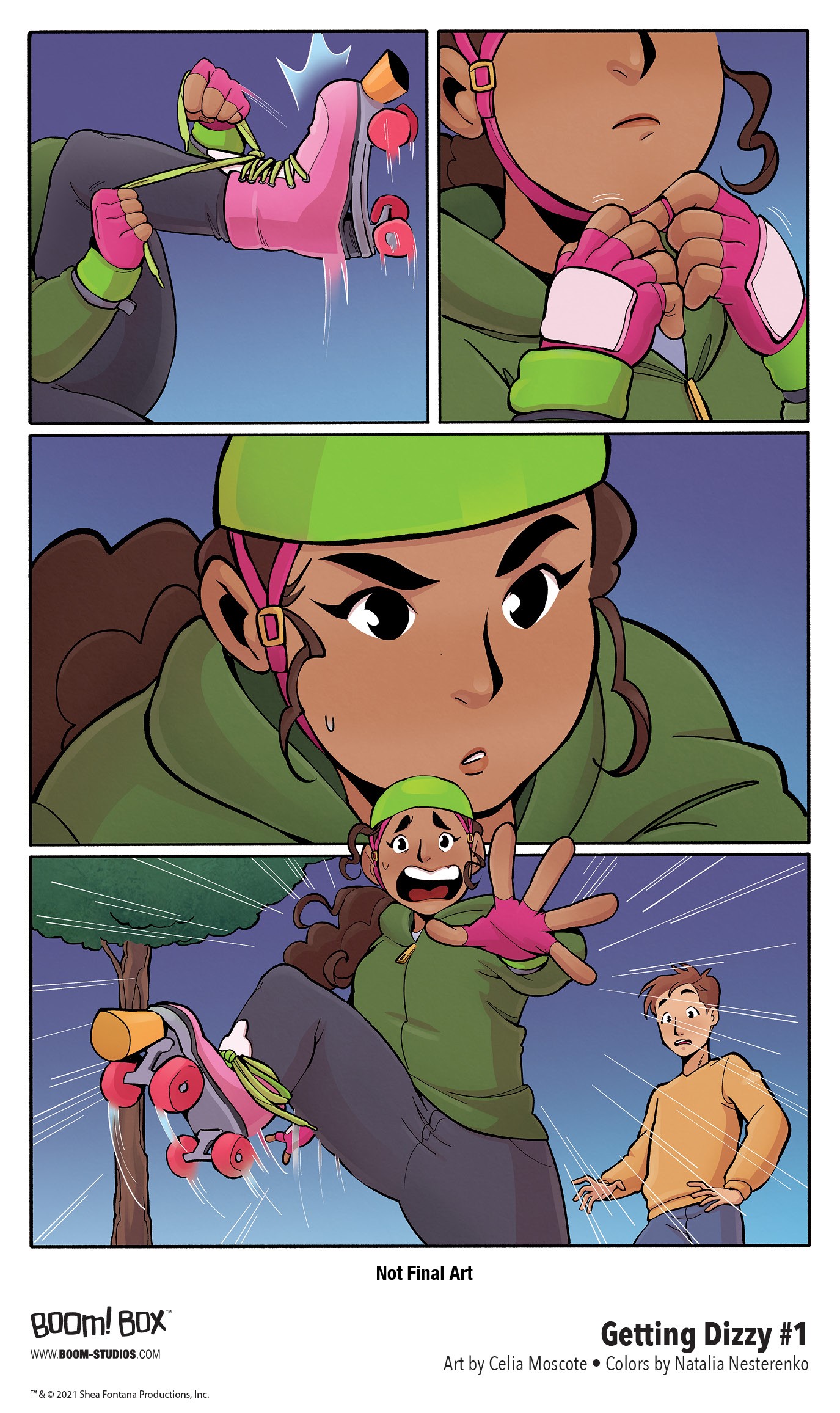 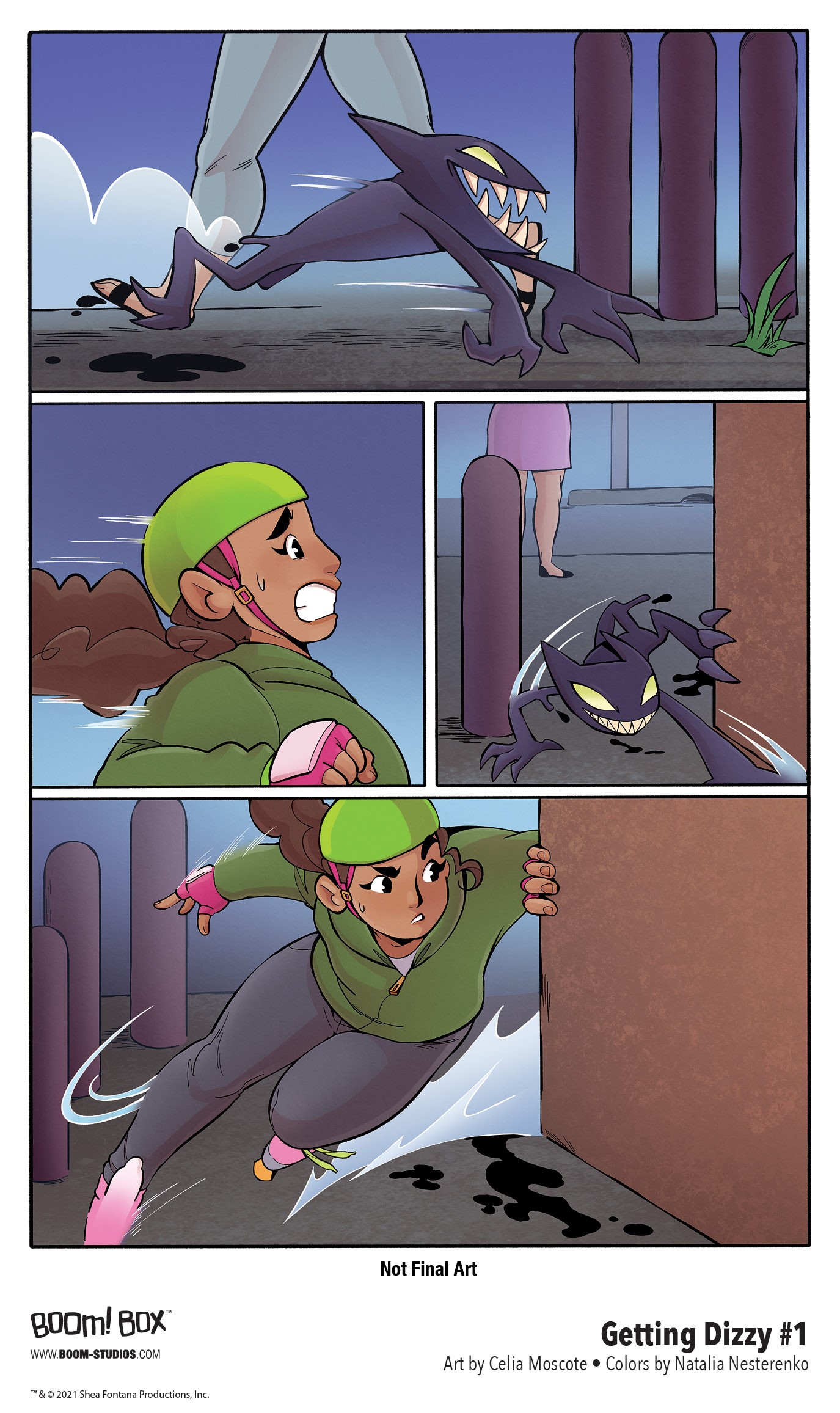