TidalWave Comics is proud to announce the addition of a new variant of the two Selena Quintanilla comic books for Texas retailer Bedrock City Comics.   The Selena comic book is the newest comic book biography to its popular “Female Force” series focused on women who make an impact around the world. 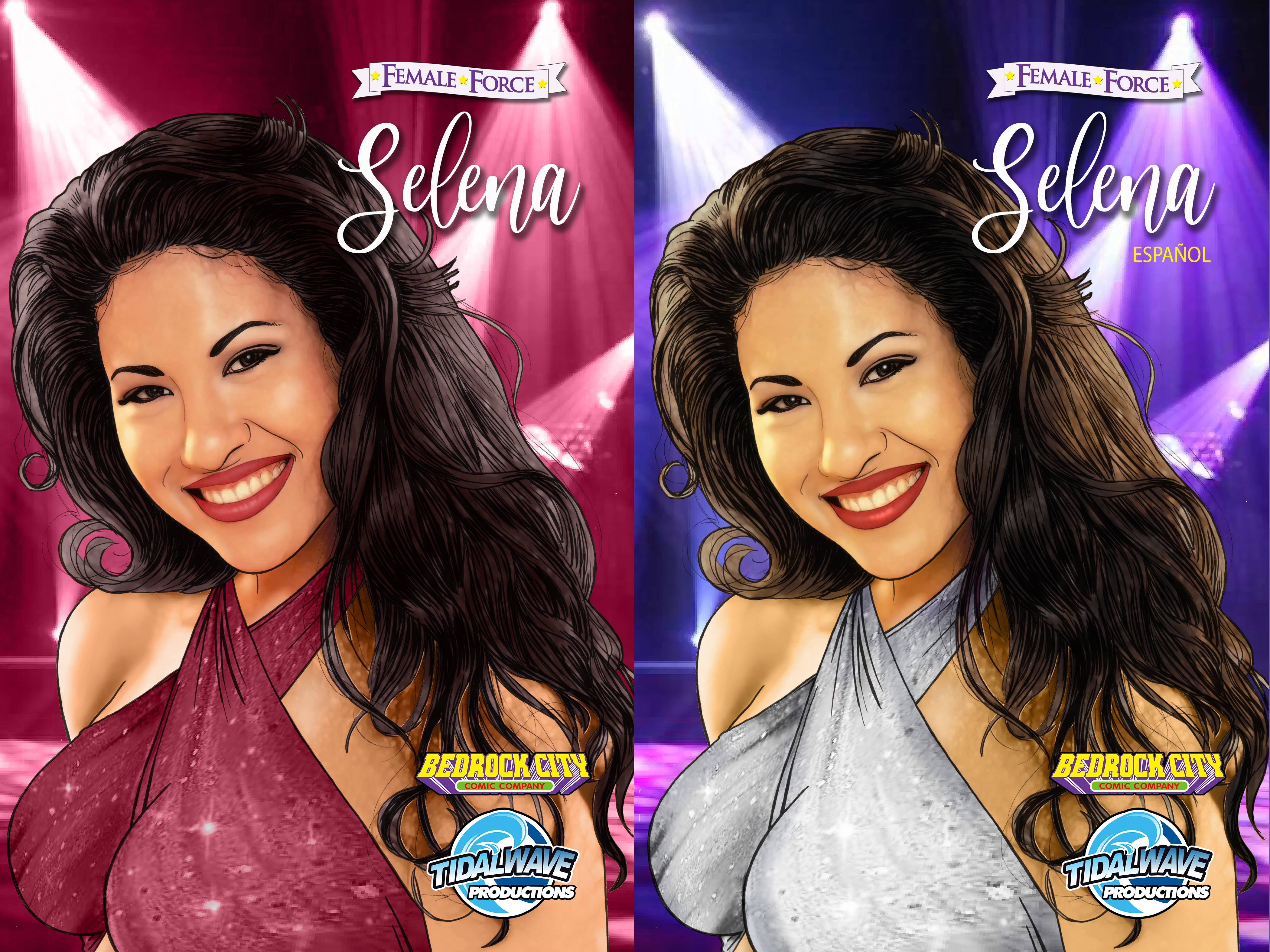 Written by Michael Frizell, art by Ramon Salas, this 22-page comic book is available on Saturday the 24th at their various locations as well as for order thru their website.  The cover was done by famed comic book artist Dave Ryan.

This marks the first time the publisher will be releasing a Spanish version with the English comic book.  The book is being released this week in honor of “Hispanic Heritage Month”.

Selena Quintanilla-Perez was taken from us far too soon, the victim of a senseless murder at age 23. Often called the “Mexican Madonna” or the “Queen of Tejano,” Selena is arguably one of the brightest performers of the 1980s and 1990s. Her popularity has surged recently, driven by her strong vocals and incredible stage performances. This dynamic issue explores her humble origins and her rise to superstardom.

“We’re absolutely thrilled to partner with TidalWave for two exclusive covers of their Selena tribute comic! The English version features a color palette in homage to Selena’s legendary Houston Rodeo performance, in honor of our city and its overwhelming love for her. The Spanish version features Selena with her two most emblematic colors, her iconic white and purple. Houston’s love and fondness for Selena can’t be underestimated, so we hope that this retelling of her story will reach the hands of new and longtime fans alike,” says Dylan Dusebout, Bedrock City’s marketing manager.

The biographical comic series has drawn a firestorm of media attention, including features on Telemundo, CNN, MSNBC, and FOX News, and in Houston Chronicle, Time, and People magazines.

To order the book thru Bedrock Comic City contact or go to their website, https://www.bedrockcity.com . Quantities are very limited, but the comic will be available on a first-come-first-serve basis when doors open at 10:00 am!  If you’re stopping in at the Galleria area location in Houston, grab a cupcake, jam to Selena tunes, and take a photo at our Selena-inspired backdrop photo-op!

You can still order the original editions thru Amazon or where you can order books. The book is also available for digital download.