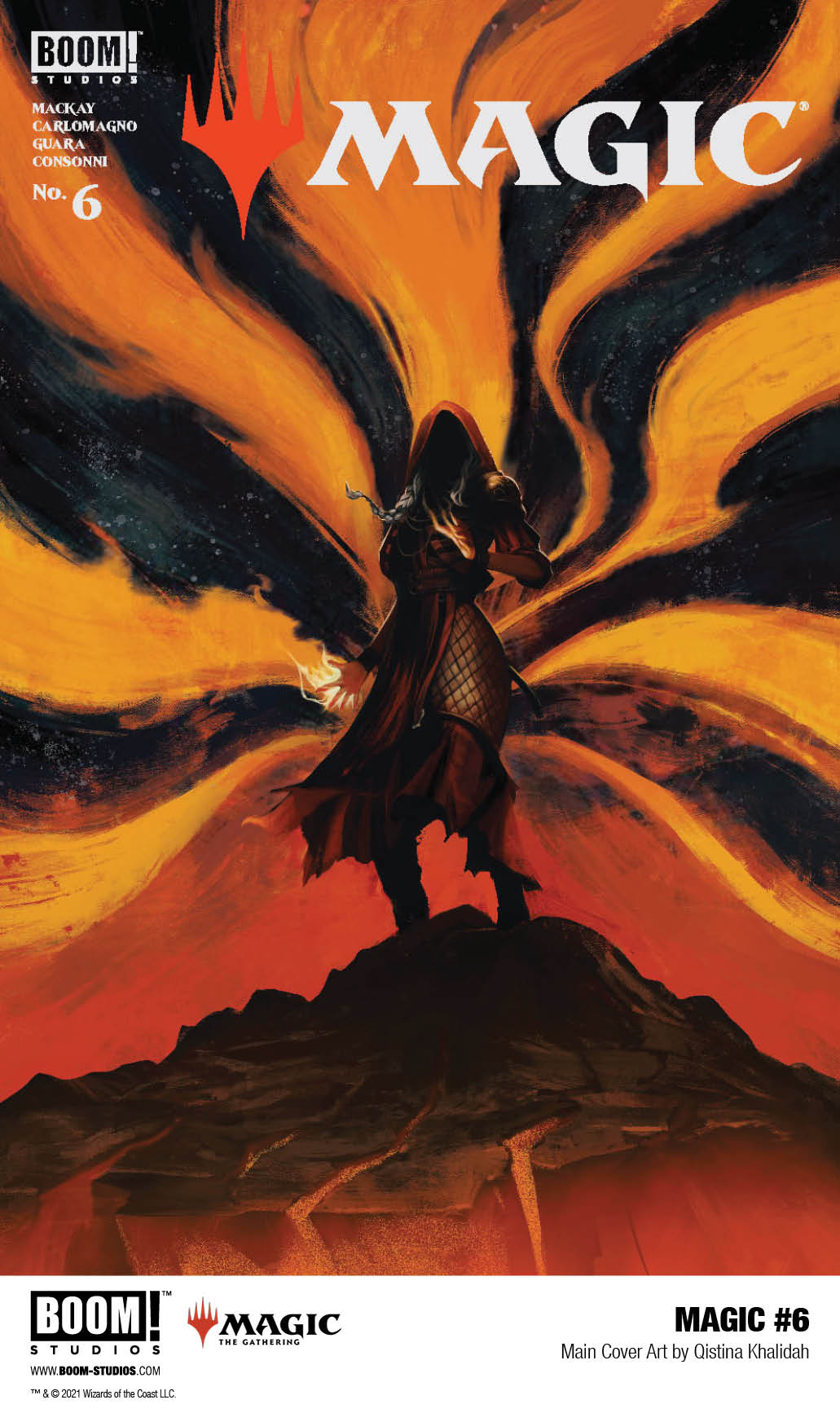 How does the ancient past hold the key to the future of the entire Multiverse? Ral, Vraska, and Kaya have finally tracked down the being that can help them unravel the true nature of the threat they face – Jaya Ballard, one of the oldest living, and most experienced, Planeswalkers in existence. And the key to understanding lies in Jaya’s origins during the Age of Ice in Dominaria… and a threat that was neutralized but never truly eliminated.

Print copies of MAGIC #6 will be available for sale on September 1, 2021 exclusively at local comic book shops (use comicshoplocator.com to find the nearest one) or at the BOOM! Studios webstore. Digital copies can be purchased from content providers, including comiXology, iBooks, Google Play, and Kindle. 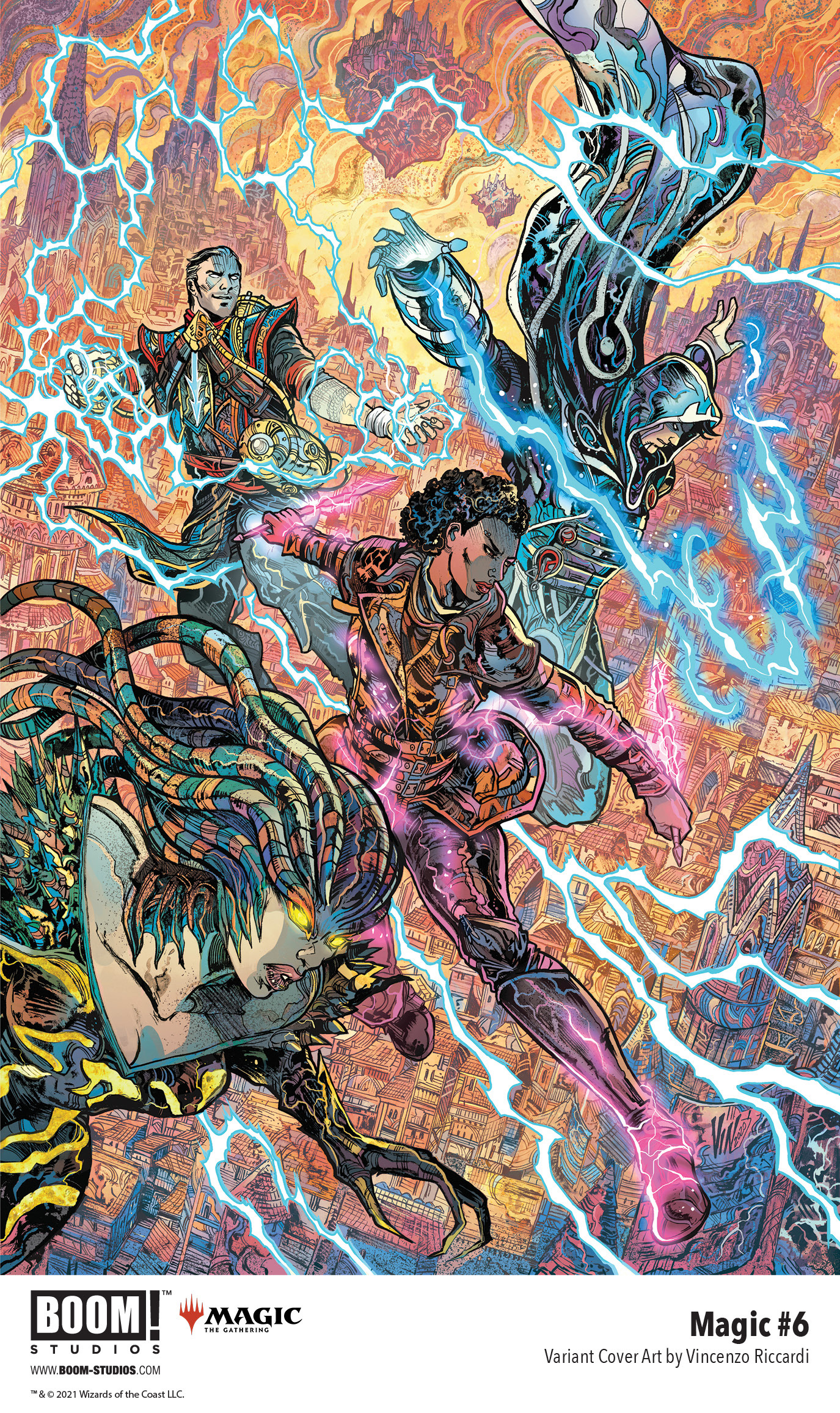 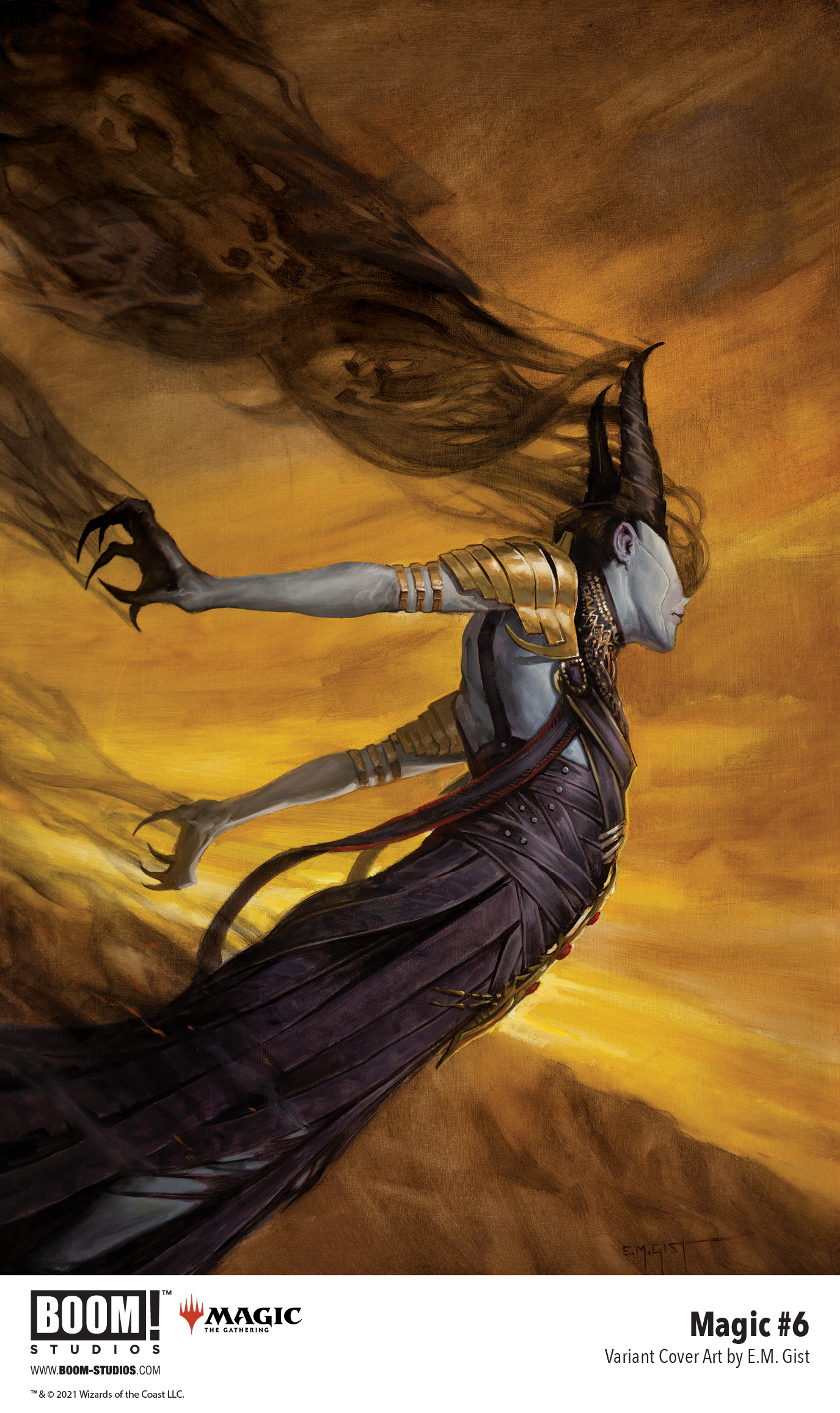 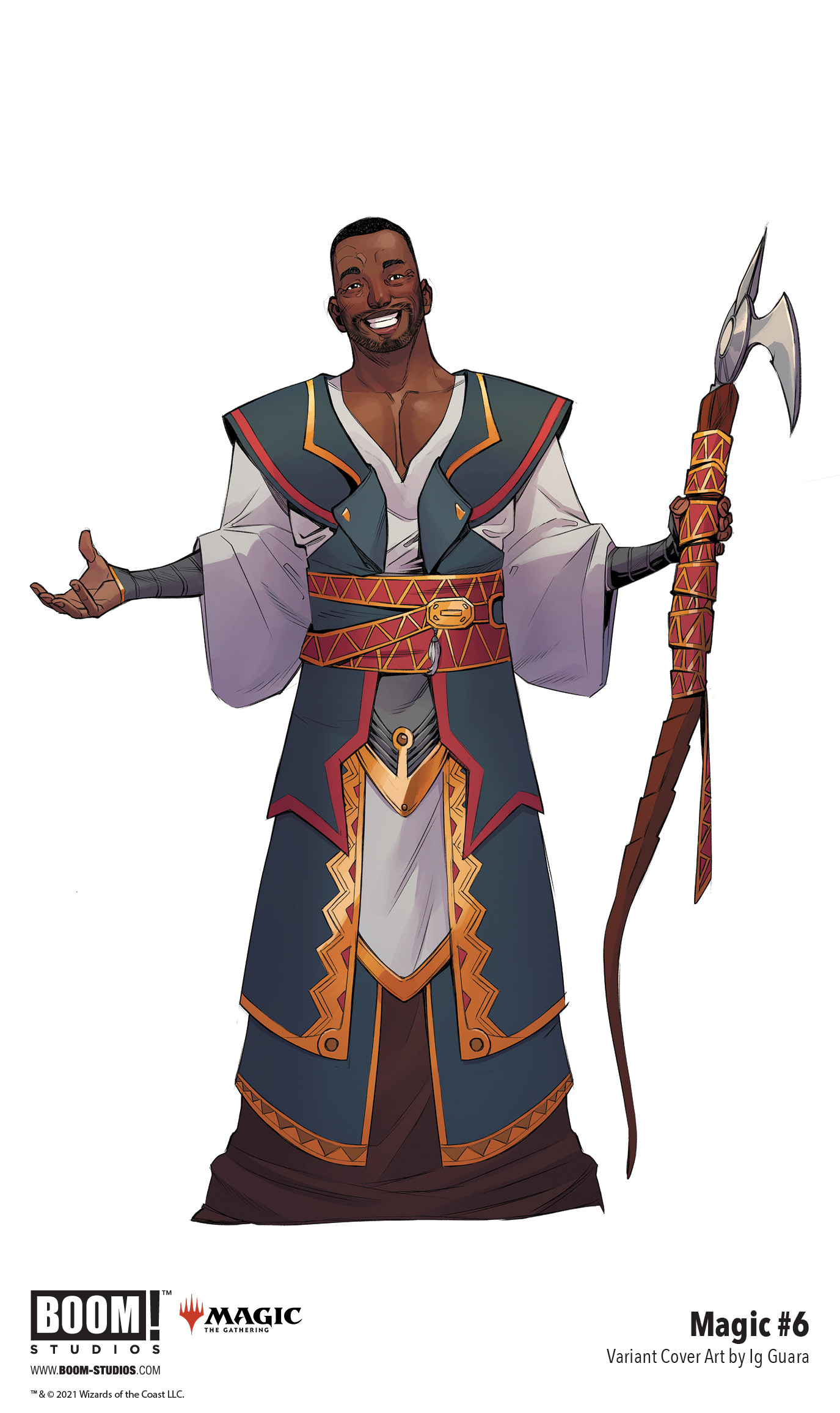 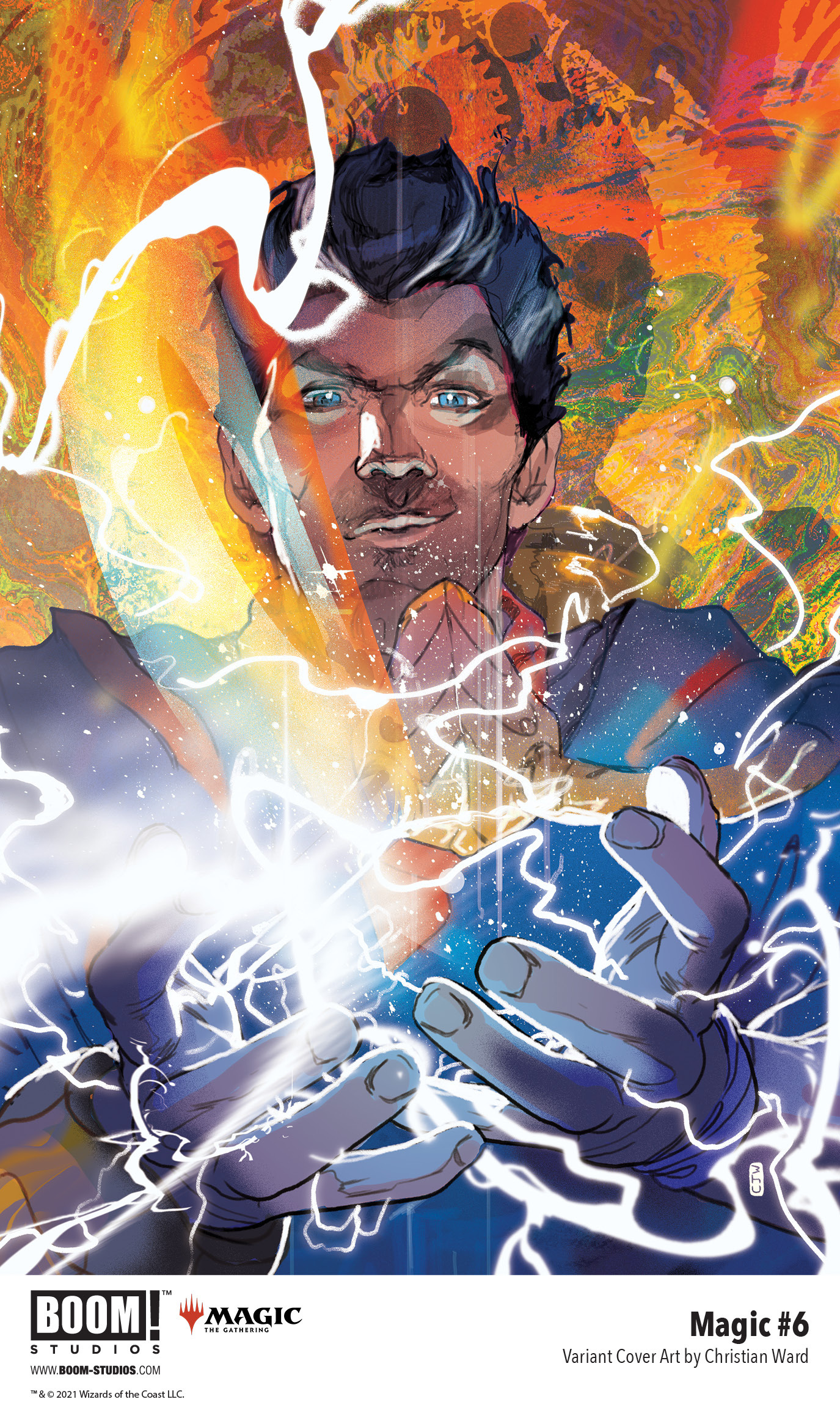 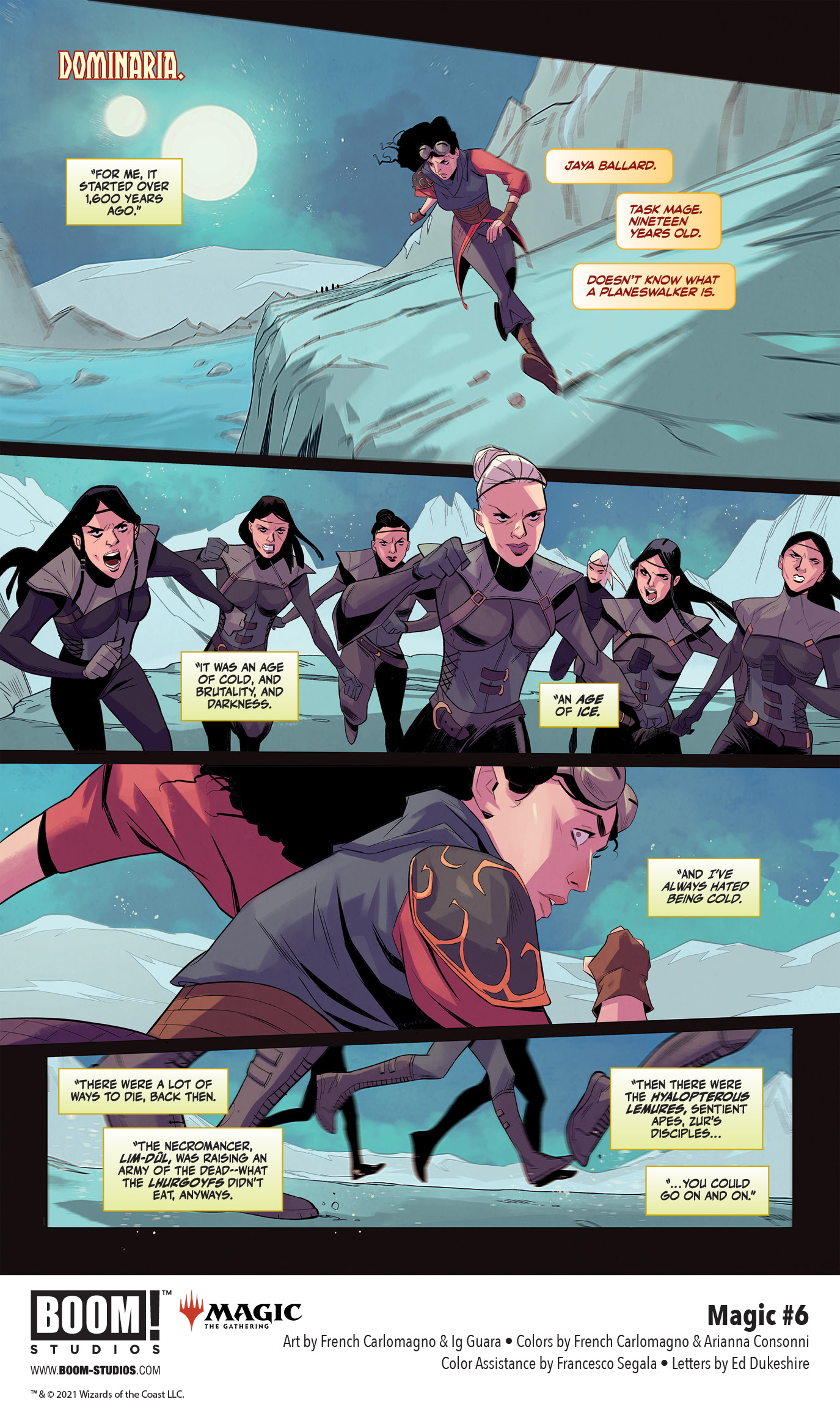 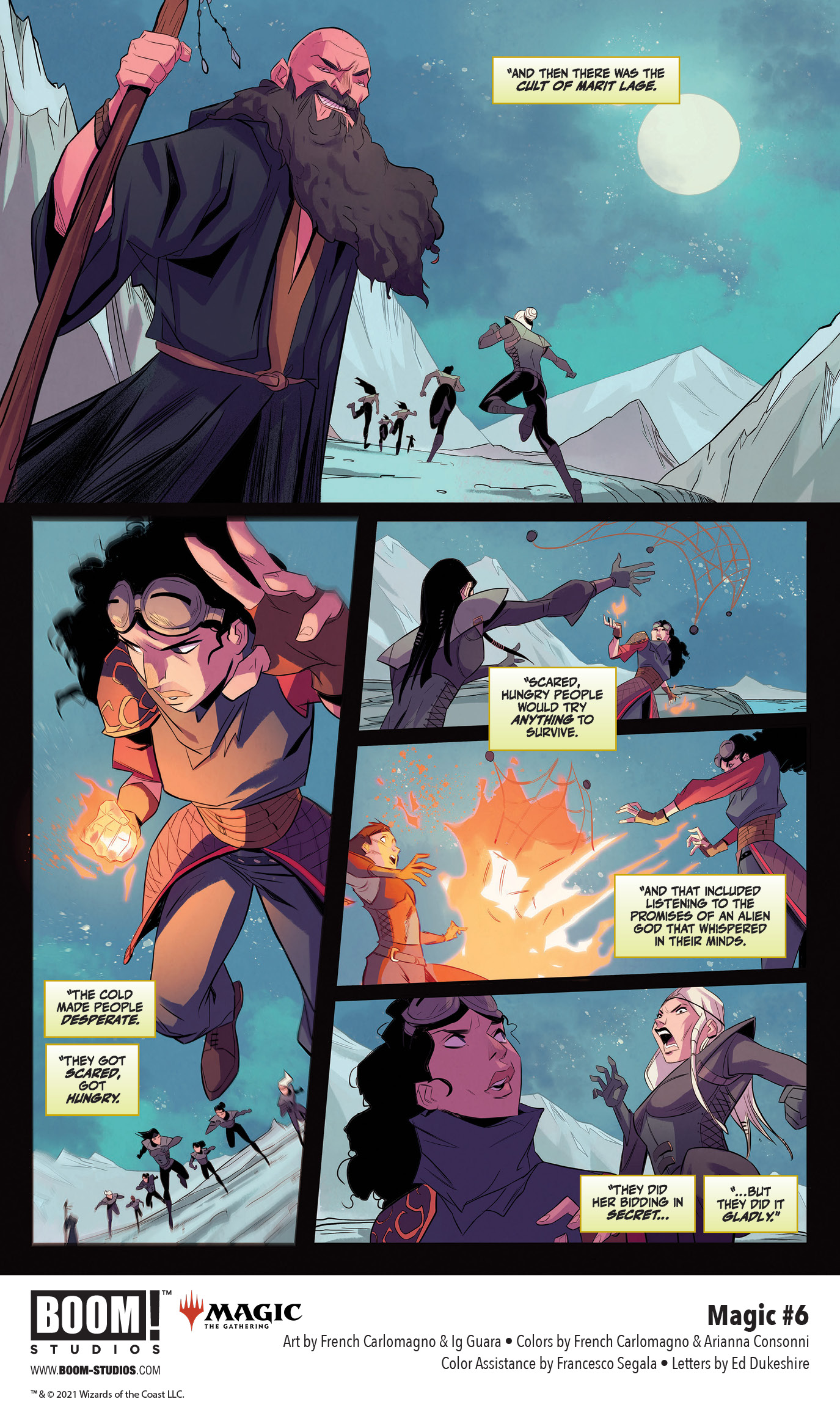 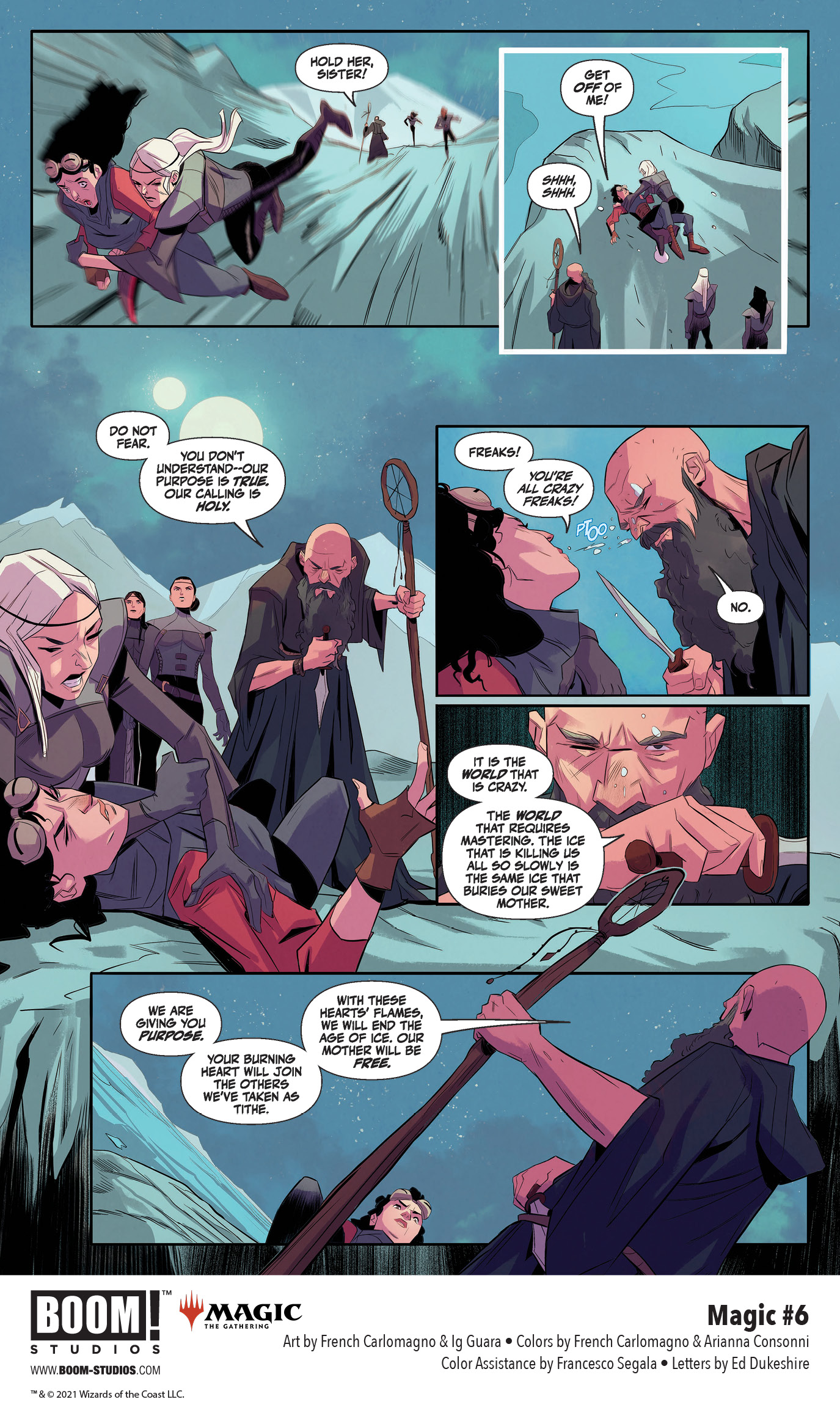 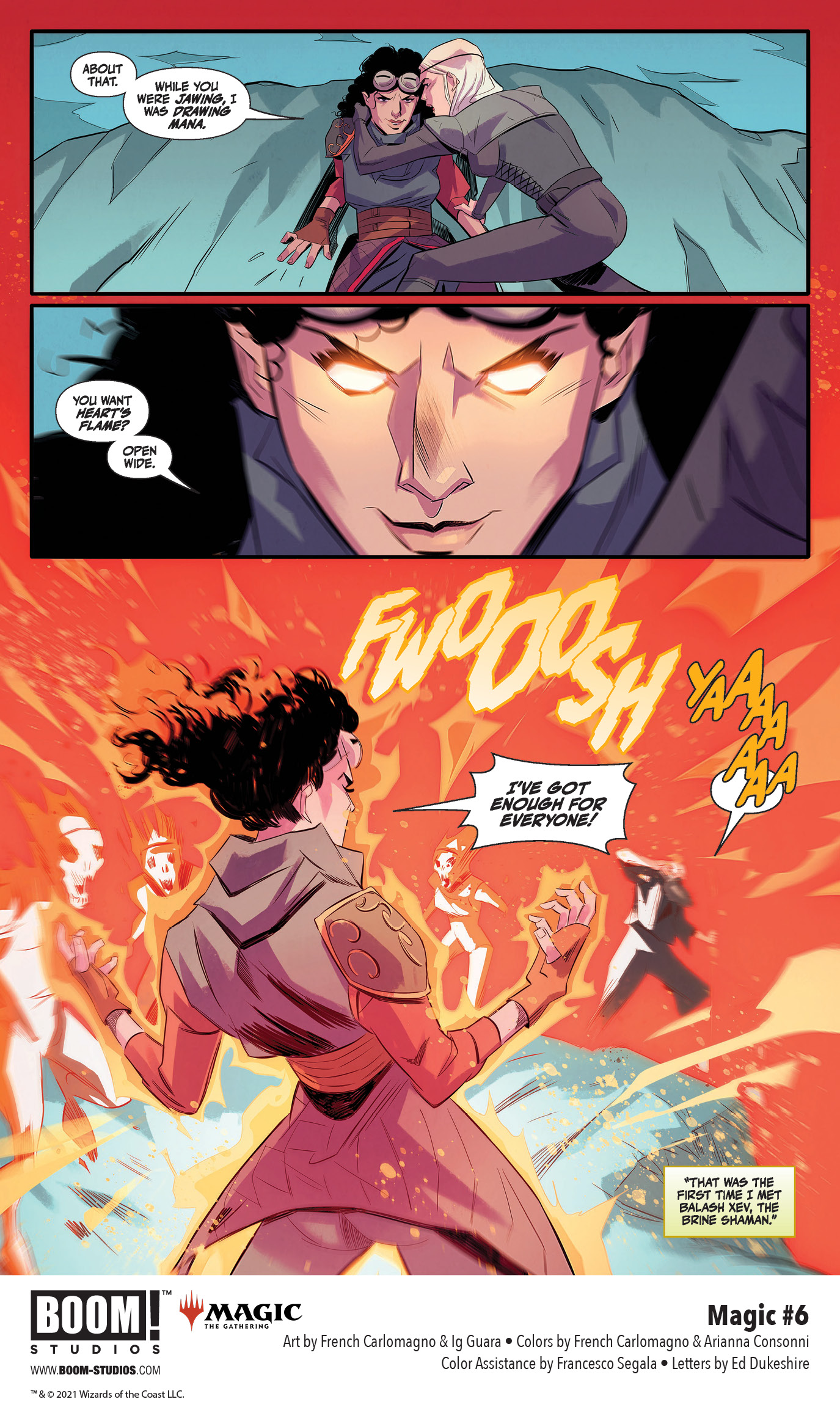 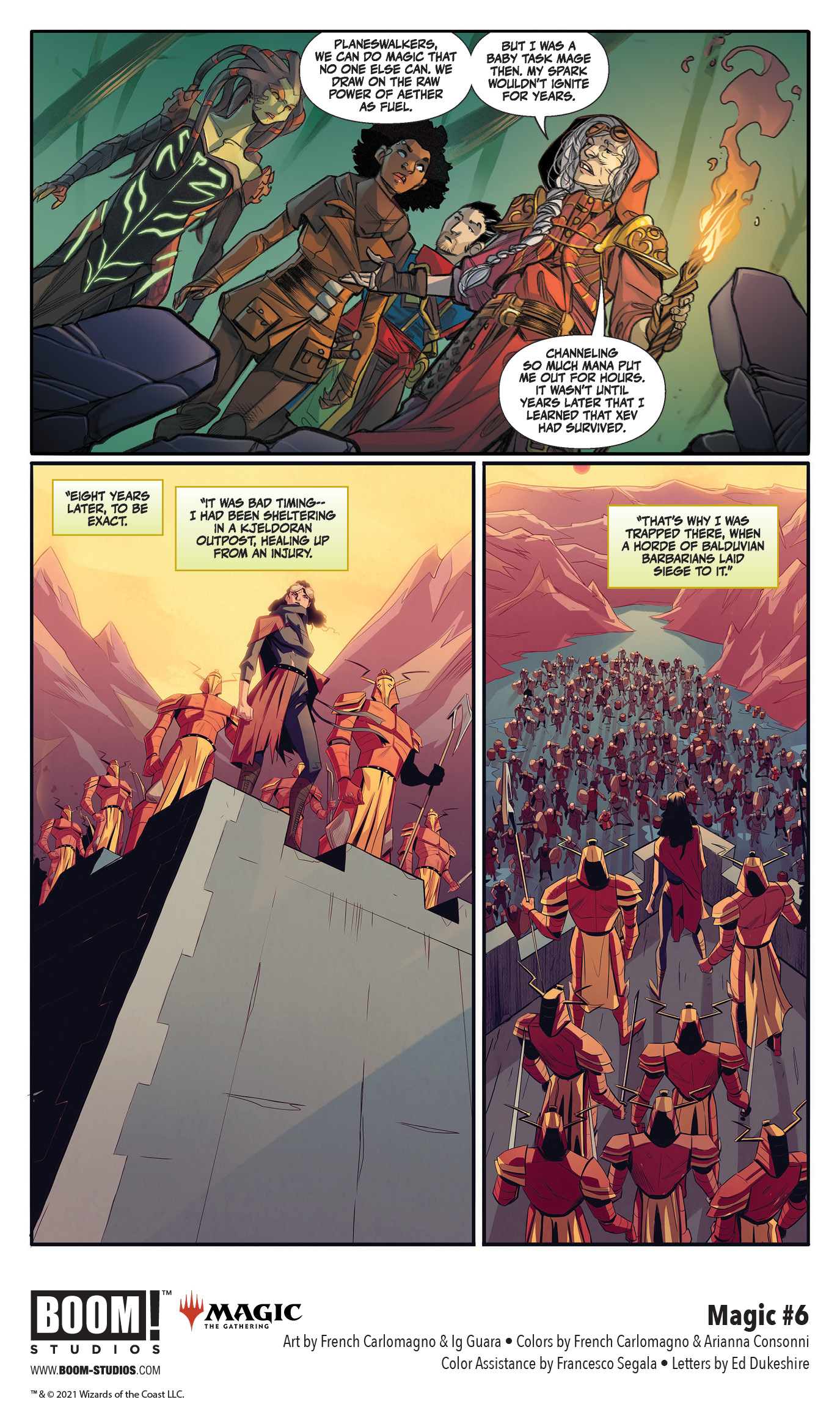