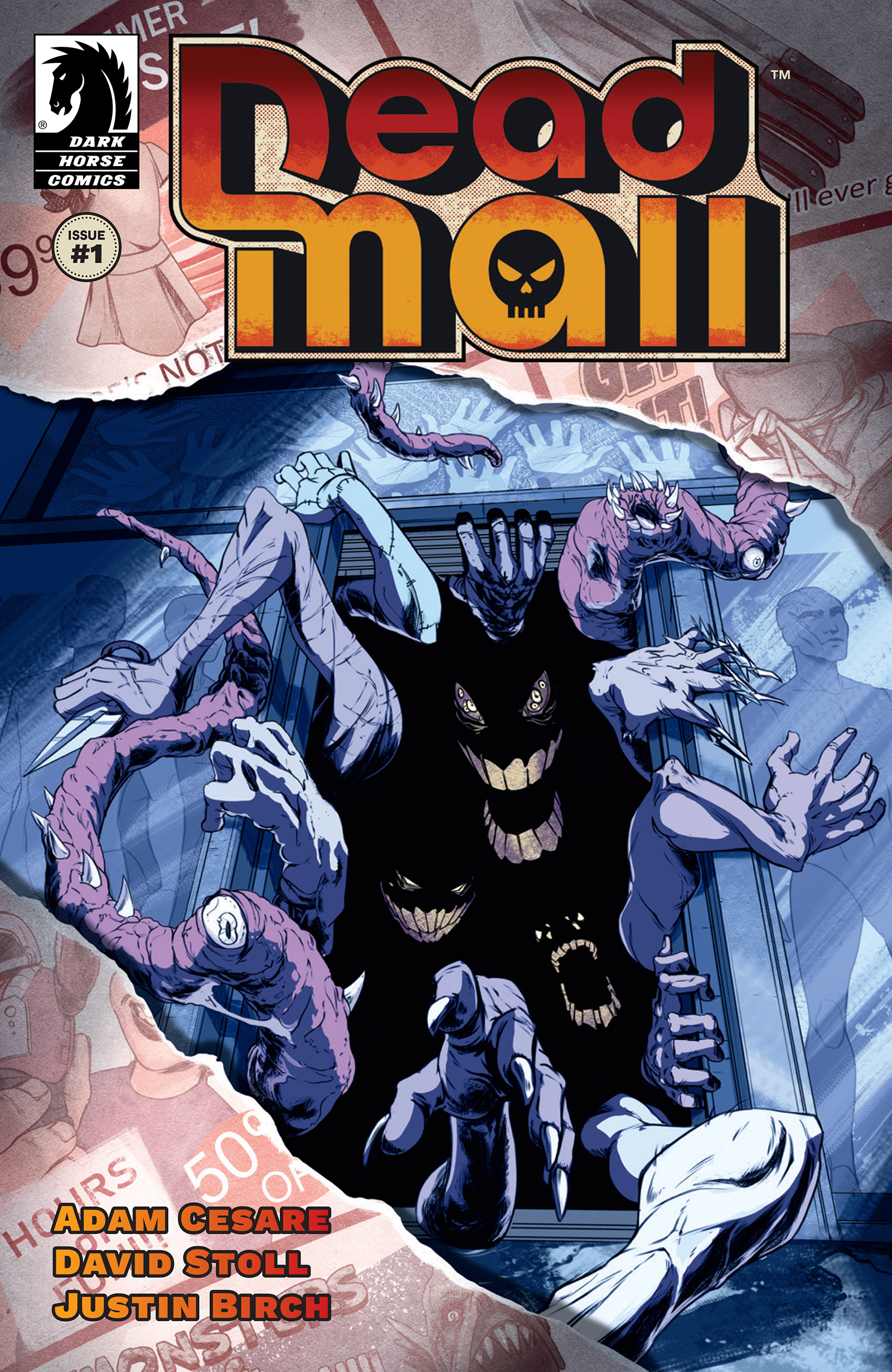 The Penn Mills Galleria is about to be demolished. Five teens sneak into the mall to take a last look around before it’s gone. However, while Penn Mills has been closed for years, the mall is far from abandoned. A night of exploration becomes a shopping spree from hell. The teens must contend with the sprawling, transformative horror of Penn Mills or be trapped forever within the Dead Mall.

On Dead Mall, Cesare said, “The first comics I remember buying as a kid, during my first trips to the comic shop with my dad, were issues of Dark Horse Presents. It’s surreal, 30ish years later, to be talking about Dead Mall. I wanted to tell a story that readers of my books would enjoy, but also something that couldn’t be done–or couldn’t be done *best*–in prose. A supernatural, monster-filled, body-horror-tinged combination of Chopping Mall and The Ruins, where the mall itself is narrating the story? That sounded like a lot! Something that could only be achieved in the collaborative medium of comics. And what a collaborator to have in David Stoll, whose art is immaculate and storytelling sense is unimpeachable. Then there’s Justin Birch and the rest of the team at Dark Horse, a dream to be working with them. We’re just so excited for readers to enter Penn Mills Galleria.”

“When Dark Horse came to me with a project featuring Adam Cesare I was already on pins and needles,” artist David Stoll said. “Clown in a Cornfield was such a phenomenal book and I was excited to see what he could do with comics. After getting to play in his universe and pull all of the worst dark, toothy, slimy things we could conjure together onto the page, I can tell you that no one is going to be disappointed by what we’ve done. If you’re a fan of Frendo, you’re going to absolutely devour the delicious horror we’re packing into this mall, and if you’re not a fan yet it’s time to strap in. We’ve got some things to show you.”