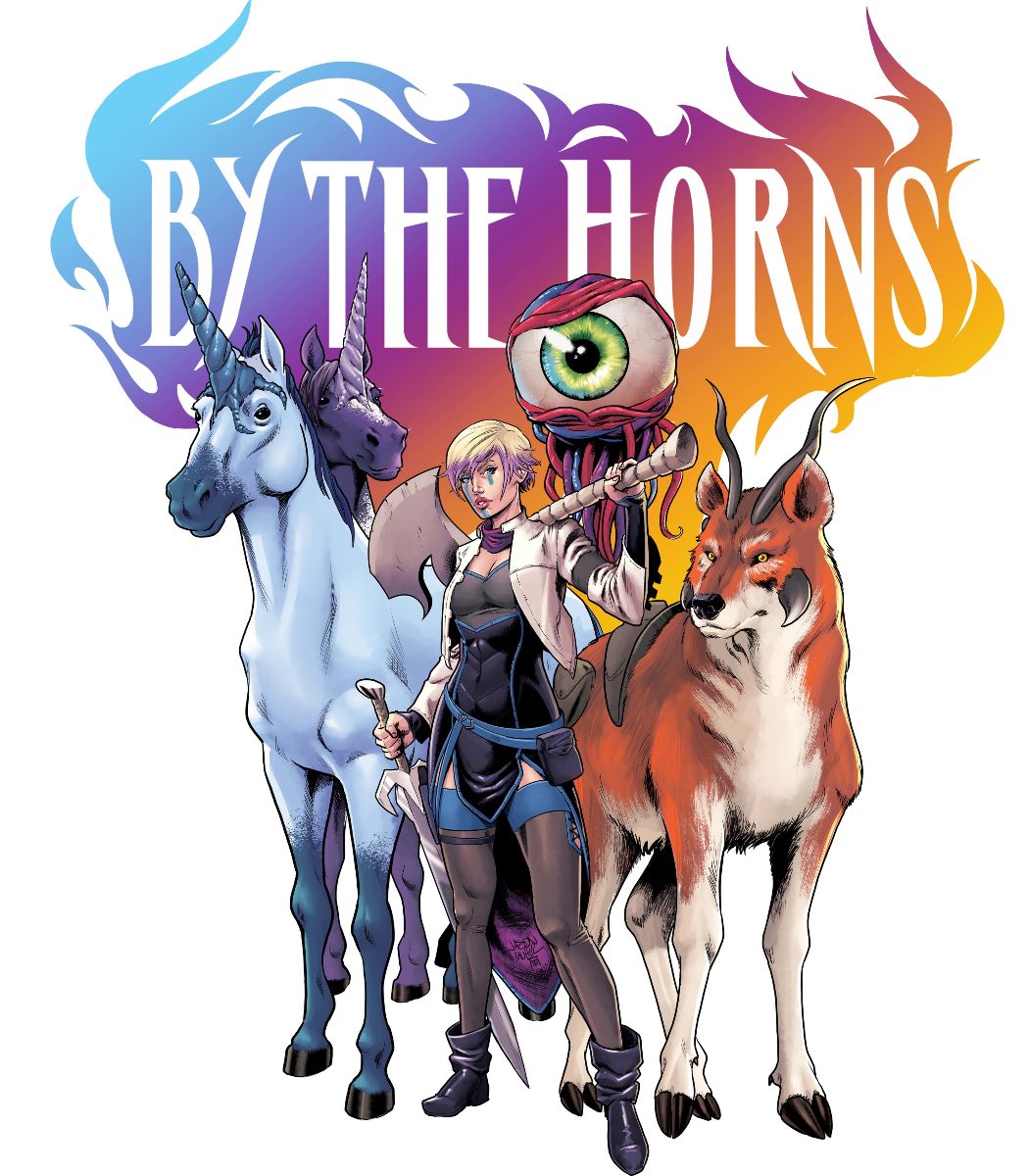 SCOUT COMICS UPGRADES BY THE HORNS
TO CONTINUING SERIES

July 28, 2021 – Scout Comics & Entertainment is proud to announce that BY THE HORNS will now be a continuing series. The acclaimed sci-fi, fantasy adventure comic by Markisan Naso, Jason Muhr and Andrei Tabacaru is adding an extra issue to the first arc, taking the series to #8 in November. A trade paperback collection of issues #1-8 will be released in February 2022 and then the series will continue in the spring with a brand new adventure starting in #9.Scout’s President James Haick couldn’t be more excited about the news. “We are so happy that the BY THE HORNS team has decided to continue their amazing story. The series has been both a critical and commercial success and we look forward to publishing even more stories within the fantastic universe they have created.”

BY THE HORNS writer Markisan Naso said there are at least three more story arcs planned that will take the series to fantastic and epic new places readers might not expect.

“We are so grateful to all the readers, retailers and Scout for their tremendous support for BY THE HORNS,” Naso said. “We can’t wait for everyone to see what we have in store for our characters beyond the initial arc. The world and the adventures get so much bigger. The scope of our series goes supernova in spring 2022!”

Series artist, Jason Muhr, added that BY THE HORNS was initially created as a mini-series, but the door quickly opened for additional tales. “As we worked on the book, we really fell more and more in love with the world, texting each other ideas for new creatures, new characters, new locales and new adventures, so the continuation and expansion of our story seemed like a no-brainer. There’s so much more of Elodie and company’s story we want to share with everyone. We’re very grateful to the fans, the retailers and Scout for their support.”

BY THE HORNS has been a hit series for Scout in 2021. Issue #1 sold out and went back to press in March, and the fantasy adventure has consistently wowed critics and readers alike with its unique setting, exciting action sequences, heart, unforgettable characters and dynamic artwork.

Here’s what some reviewers have been saying about BY THE HORNS:

“This is a book with a firm and immediate grasp of its heart, and that makes all the difference. What starts with a clever idea becomes a gripping debut.” – Matthew Jackson, SyFy Wire

“This book is utterly brilliant with this magnificent writing, characterization and mindbogglingly brilliant interior artwork.” – Steven Leitman, Reading with a Flight Ring

“This book blew me away. Leave your expectations at the door, this is a fresh and unique tale about loss, grief, and killing some MFing monsters. Highly recommended.” – Greg Licktieg, First Issue Club Podcast

“BY THE HORNS is a welcome breath of fresh air among the multitudes of fantasy-adventure stories, whether from a comic book or otherwise, due to its uniquely compelling story and world.” – John Wintroub, The Rich Report

“Quite possibly one of the most original books I’ve ever read.” – Angel Young, Wandering Nerd Girl

“This comic will stab you in the heart with emotion. The force of Naso’s dialogue is echoed by the fantastic art and expressionism.” – Katie Liggera, Comic Book Yeti

“It’s so good. No, it’s great. Wait, it’s amazing. It’s all of the things and will entangle you in the lives of its fictional occupants. If you’re not reading this – and I mean no offense – I question your sanity.” – Blake Morgan, Blake’s Buzz

The next issue in the series – BY THE HORNS #5 – is scheduled to hit comic shops on August 25. You can find print issues at your local comic shop or get caught up by purchasing print or digital copies at scoutcomics.com. 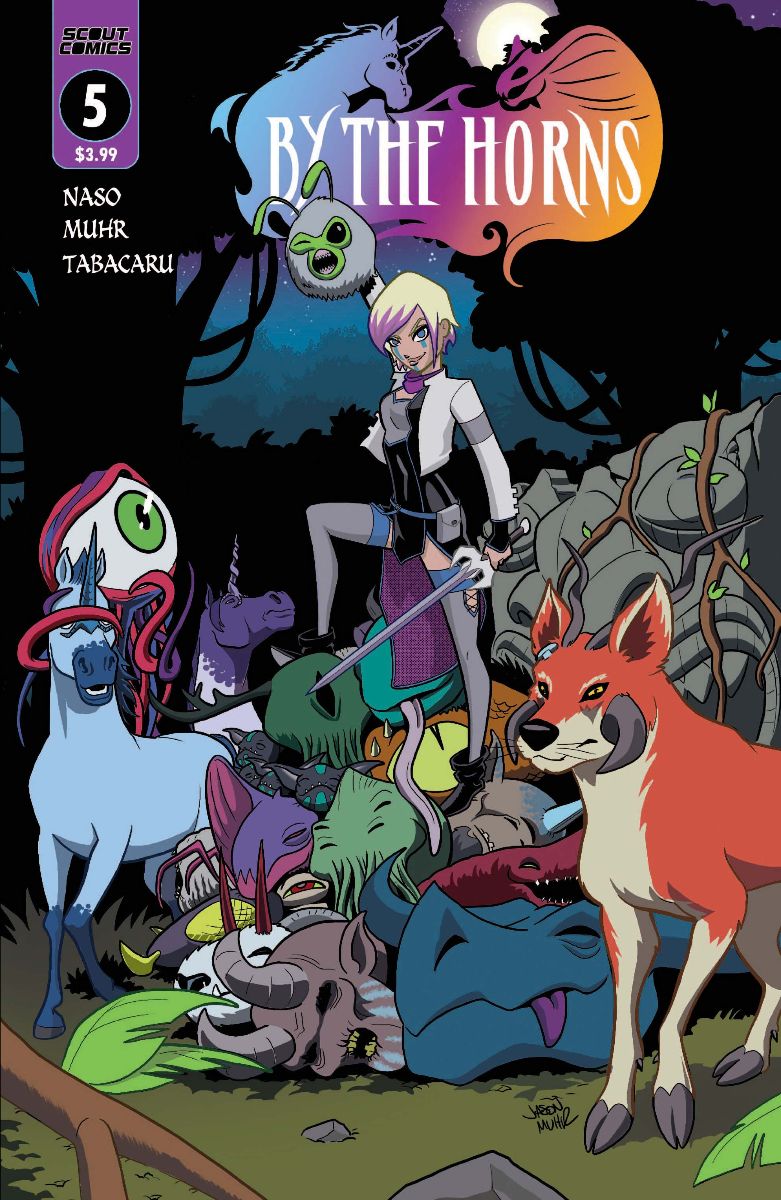 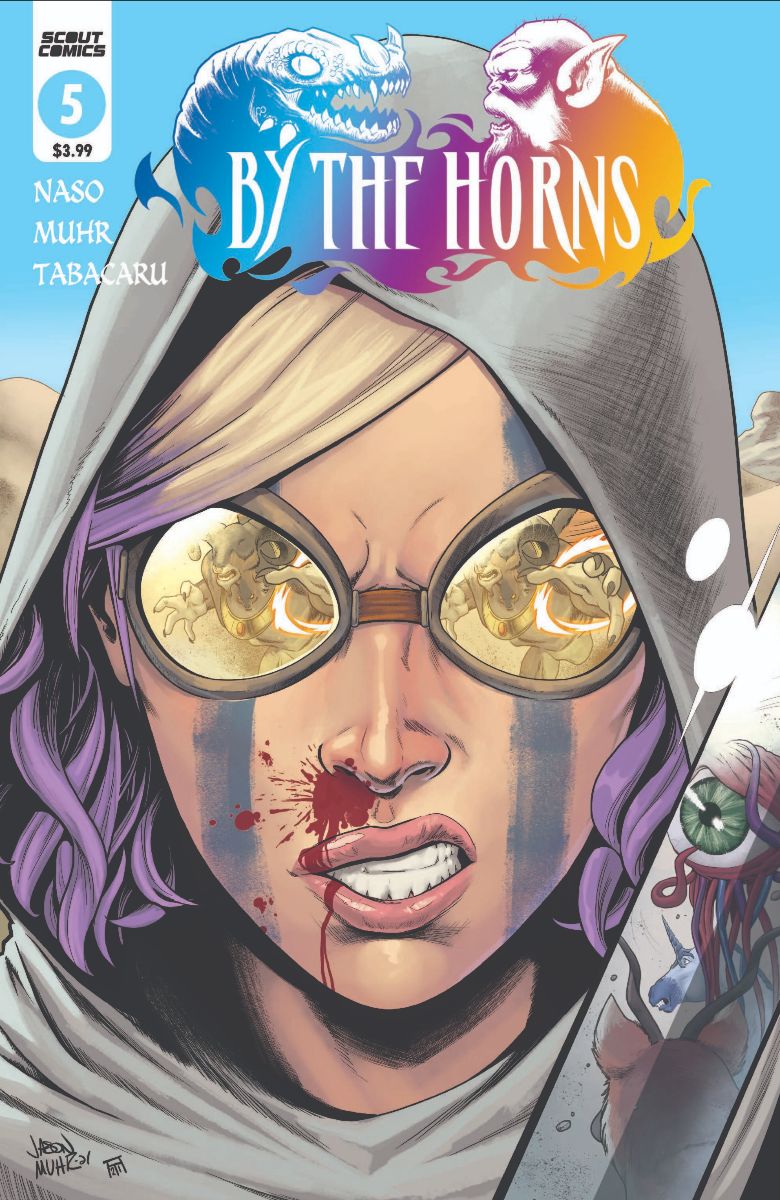 BY THE HORNS #5
The abduction of Rigby has taken a heavy toll on Elodie and her allies, as they make their way across the continent toward the western stronghold of Qeb, the night sand warlock. In the north, the wind wizards’ villainous plan for Solothus intensifies. Main cover by Jason Muhr and Andrei Tabacaru. Variant cover by Jason Muhr. 32 pgs, FC $3.99 ORDER WITH CODE: JUN211746 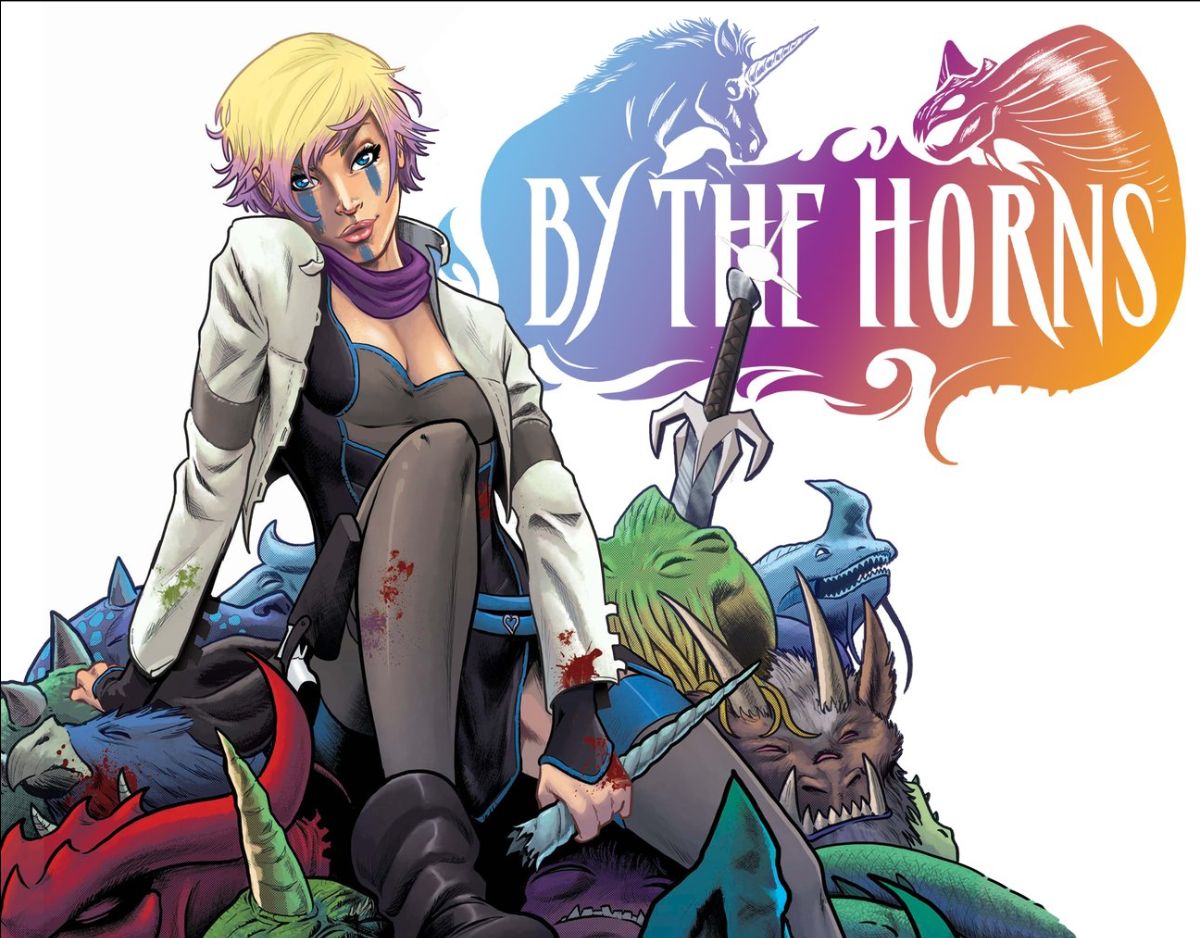 Buy Back Issues of By The Horns HERE