Los Angeles, CA – November 26th 2021 – As announced exclusively through Comicbook.com,  SCOUT Comics, one of the fastest growing independent comic labels in the US, is coming to SAN DIEGO COMIC-CON SPECIAL EDITION from Nov 26th to 28th 2021 with exciting and informative panels, a special Convention exclusive preview of the SCRIPT2COMIC 2020 First Prize Winner CHARM CITY and a interactive scavenger hunt for SCRIPT2COMIC Grand Prize Winner SHE BITES.

CHARM CITY, created by Ignatz Award winning writer Josh Eiserike (CW’s Legacies, MAD Magazine, G.I. JOE: RENEGADES), won first prize in the 2020 Script2Comic Contest. The comic tells the story of a serial killer who stalks the streets of modern-day Baltimore– but what the police don’t know is all the victims are witches, part of an underground secret society living among us for centuries. And when yet another body turns up, it falls on the victim’s sister– a witch who was excommunicated from the community years ago and hasn’t used magic since– to use her contacts as a reporter for the Baltimore Sun to unravel the mystery and catch the killer. Fans will be able to get their first look at the series in an ashcan EXCLUSIVELY available at the SCOUT COMICS booth located on the exhibition floor at booth 1518. 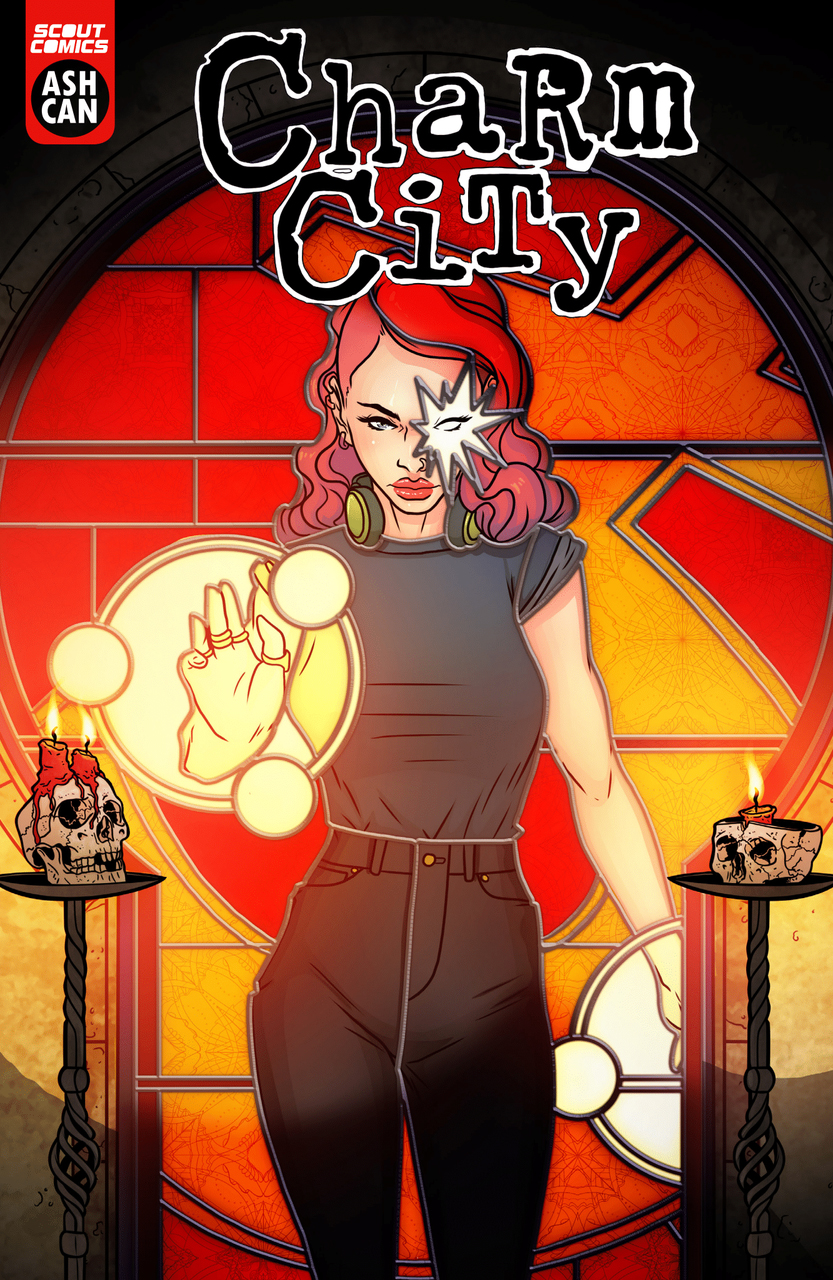 SCRIPT2COMIC Grand Prize Winner Heather Hale will reprise her SHE BITES interactive scavenger hunt from NYCC 2021 as she asks fans to find blood-stained ‘babysitter wanted’ advertisements that are posted around the San Diego Convention center. Scavenger hunters can find these posters, pull the tab and call the number. If they listen to the message and then bring the tab to the SCOUT comics Booth 1518 on the convention floor, they can receive a limited edition ash can featuring the first appearance of the characters for FREE. Interested applicants can follow @shebitescomic on Instagram, Twitter, and Facebook for additional clues about where flyers can be found. A limited number of the secret ‘ashcan’ will also be on sale during the show at the Scout Comics Booth for fans not quite up for hunting down the flyer. 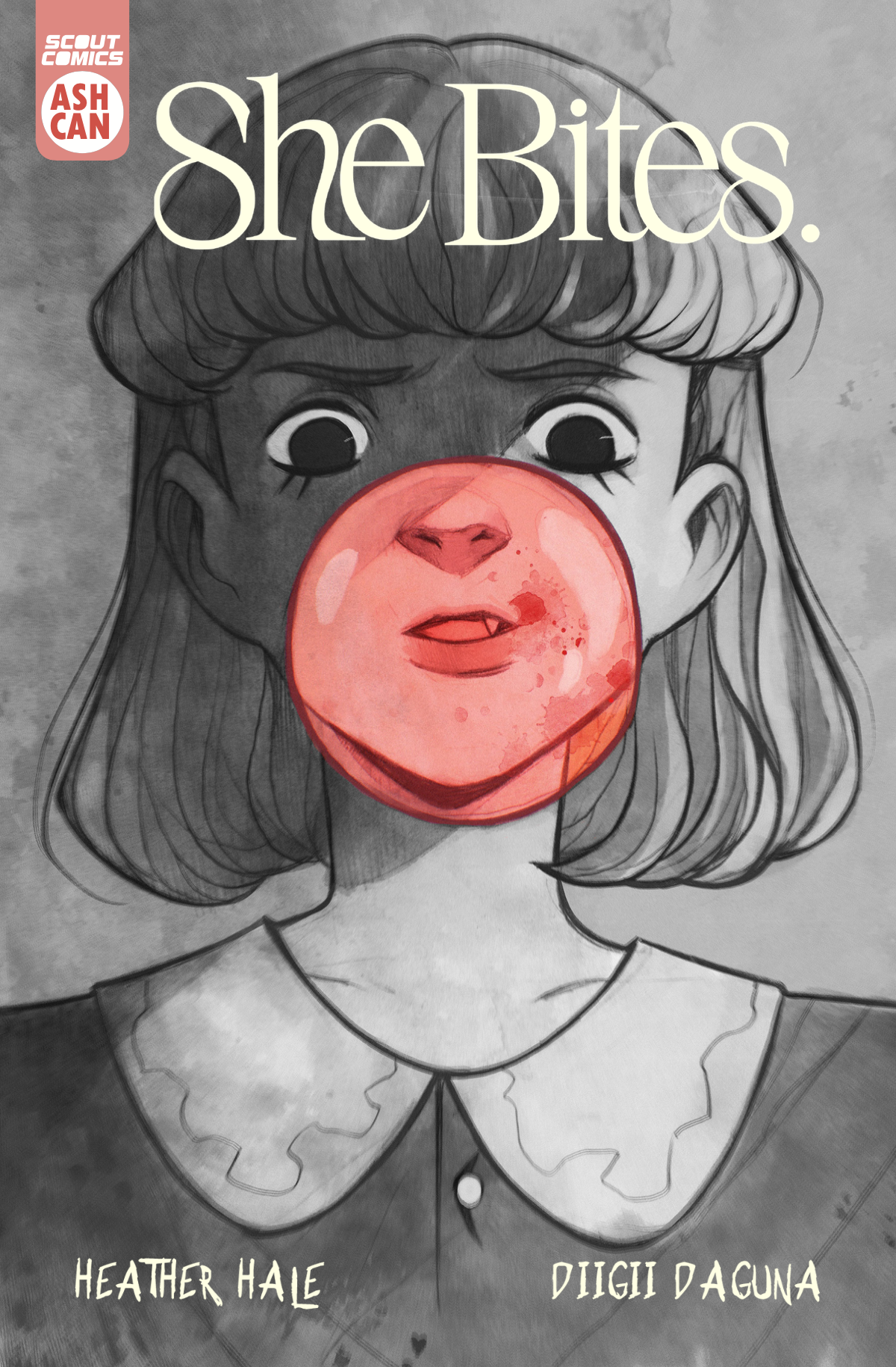 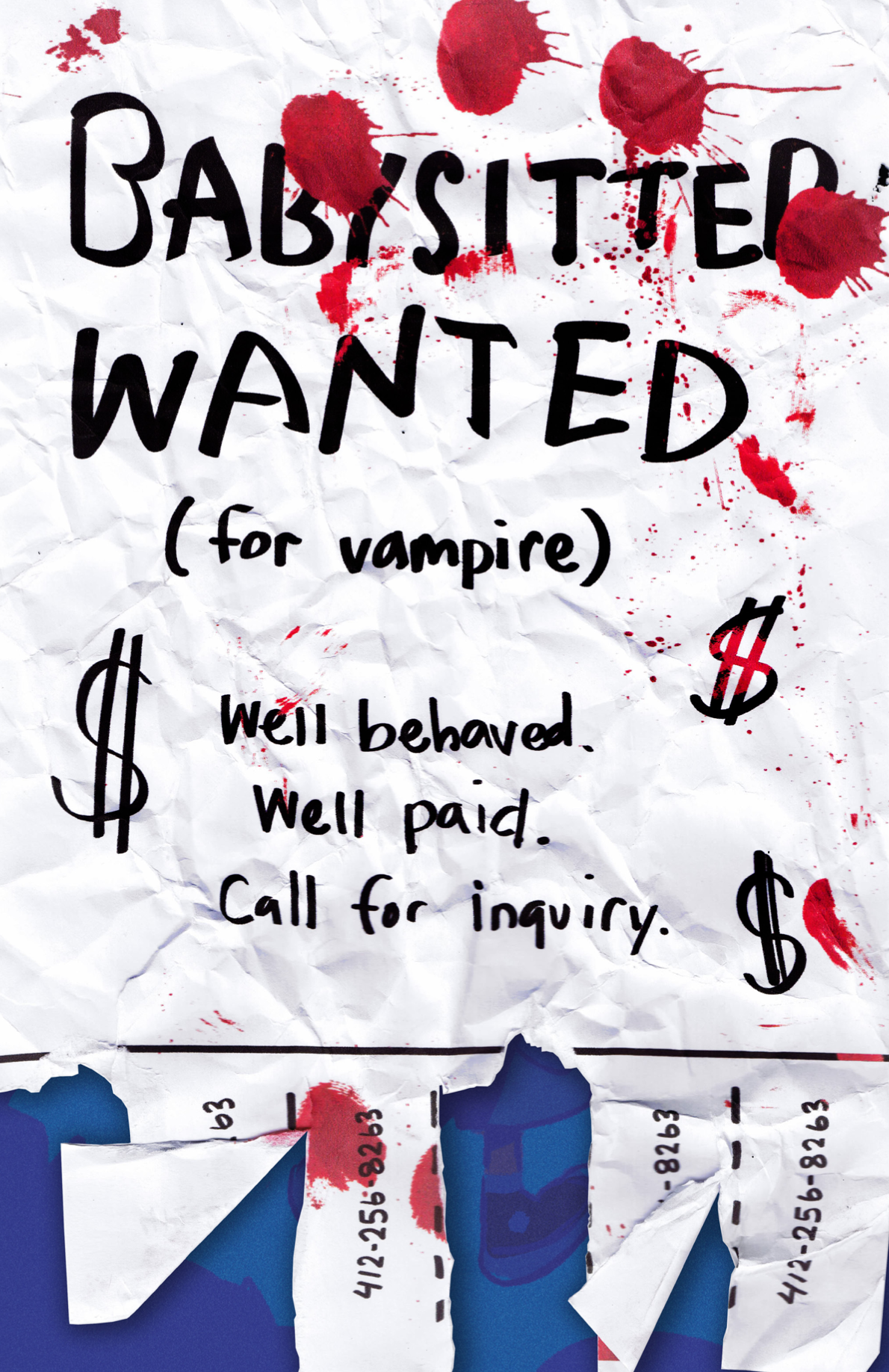 In addition, SCOUT COMICS will also host two panels at SDCC Special Edition. The first on Friday, Nov 26th, SCOUT COMICS / THUNDER COMICS: FIRST LOOK featuring ETERNUS from DIRECTOR/ACTOR ANDY SERKIS & ARTIST/DIRECTOR ANDREW LEVITAS  moderated by host Coy Jandreau (Nerdist, Collider Coycast) showcases SCOUT’s upcoming slate of books with special guest panelists including a first look at ETERNUS from powerhouse duo Andy Serkis and Andrew Levitas. The second panel on Saturday Nov 27th, Making Your First Comic: The Good, The Bad & The Business Side hosted by comedian Janelle Draper, features some of SCOUT’s executives and some of their biggest creators as they discuss how to get your start in the comic business and what to avoid. Both panels will feature giveaways for the audience.