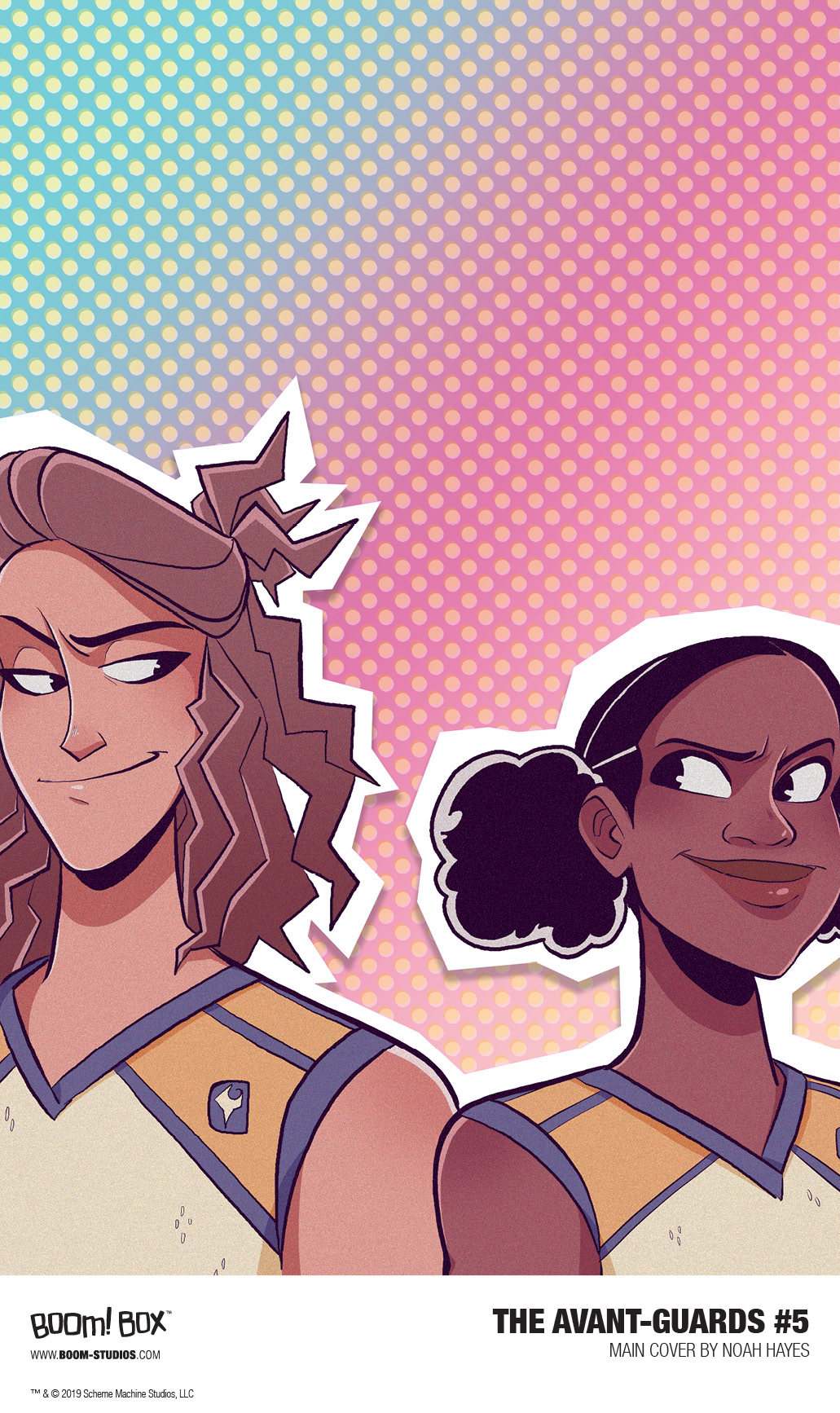 LOS ANGELES, CA (April 26, 2018) – BOOM! Studios today revealed a first look at THE AVANT-GUARDS #5, the newest chapter in the twelve-issue series from writer Carly Usdin (Heavy Vinyl) and artist Noah Hayes (Wet Hot American Summer) about a ragtag group of friends who band together to build the first ever basketball team at their historic women’s art college, available in stores May 2019.

The Avant-Guards scored big on their first foray into organized basketball but the league has been cancelled, and now what are six art students to do? Go to an art exhibit, of course! Jay is hard at work preparing for their art show with Ash’s help, but the rest of the team is falling apart at the seams looking for a solution to the basketball drama, while Liv and Charlie are just hoping to keep anyone from catching onto certain…romantic…developments. Can they get it together in time to find a way to save the league, or are their basketball dreams doomed to fall flat?

“Tensions are high as the Avant-Guards go from the high of winning their first game to the low of having the league pulled out from under their feet! The team will have to learn how to be good friends, partners, and teammates or risk losing everything.” said Shannon Watters, Senior Editor, BOOM! Studios. “Carly and Noah really bring the heat in this issue that’s all about learning what it means to balance all the different aspects of your life instead of sacrificing one for the others.”

Print copies of THE AVANT-GUARDS #5 will be available for sale on May 22, 2019 at local comic book shops (use comicshoplocator.com to find the nearest one) or at the BOOM! Studios webstore. Digital copies can be purchased from content providers like comiXology, iBooks, Google Play, and the BOOM! Studios app. 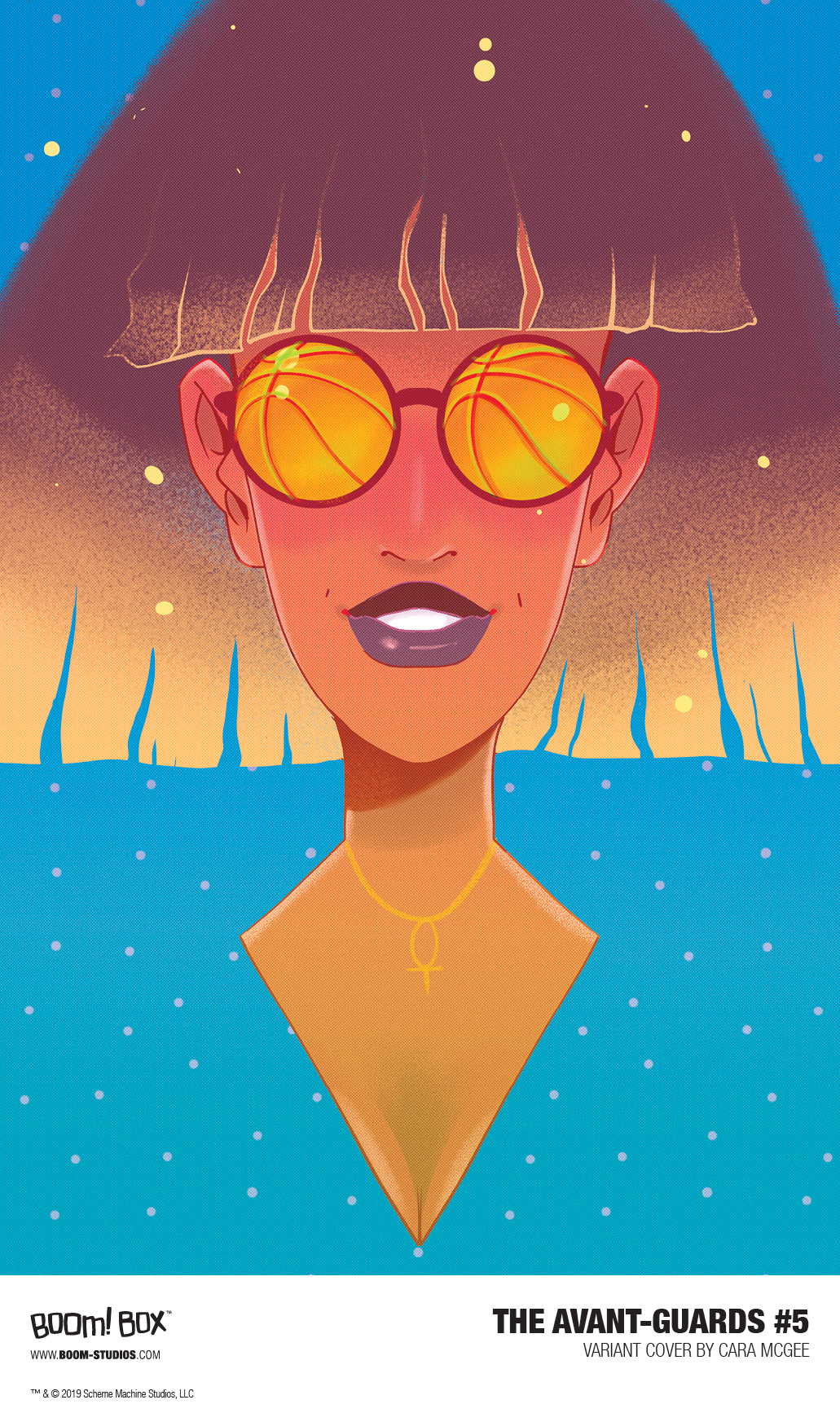 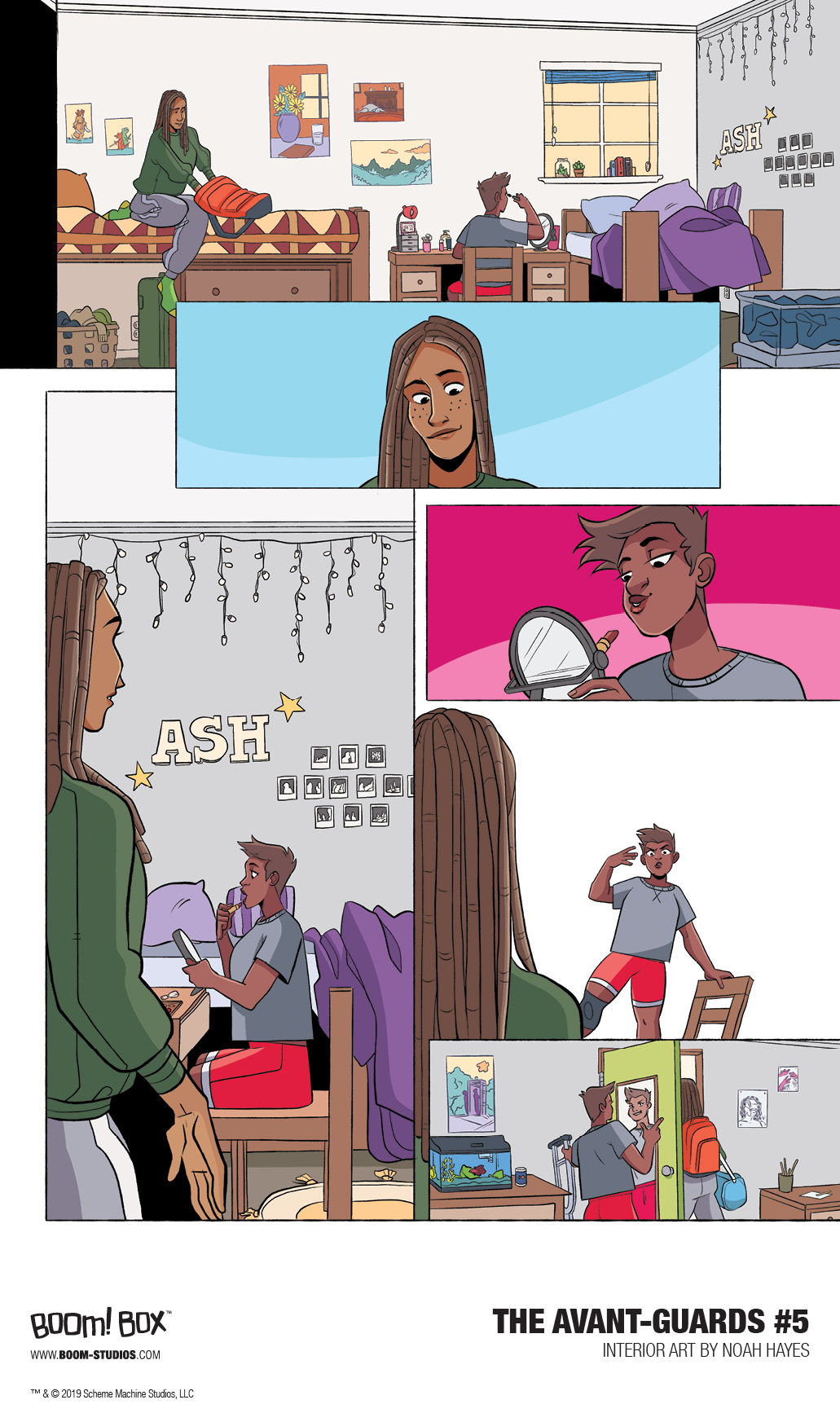 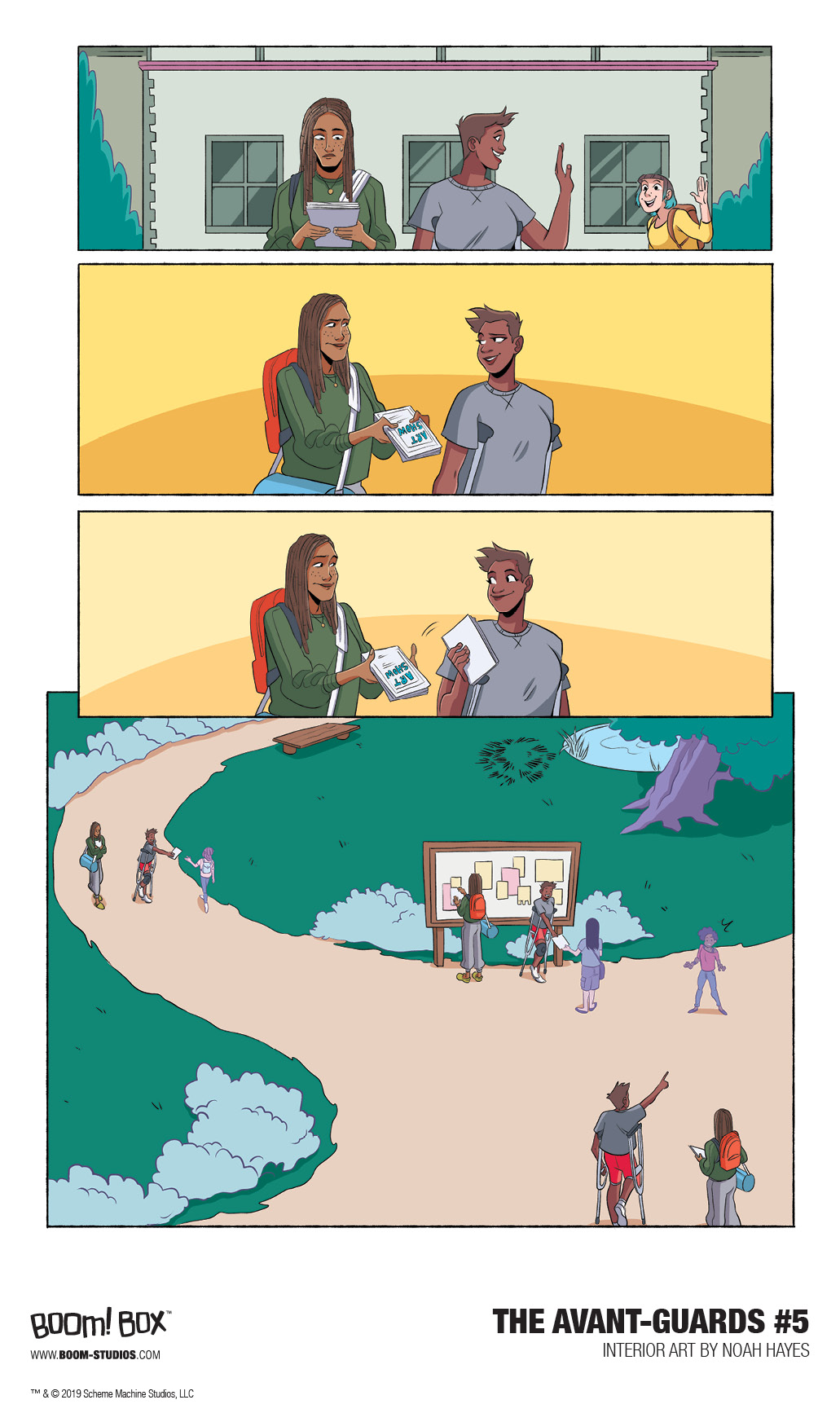 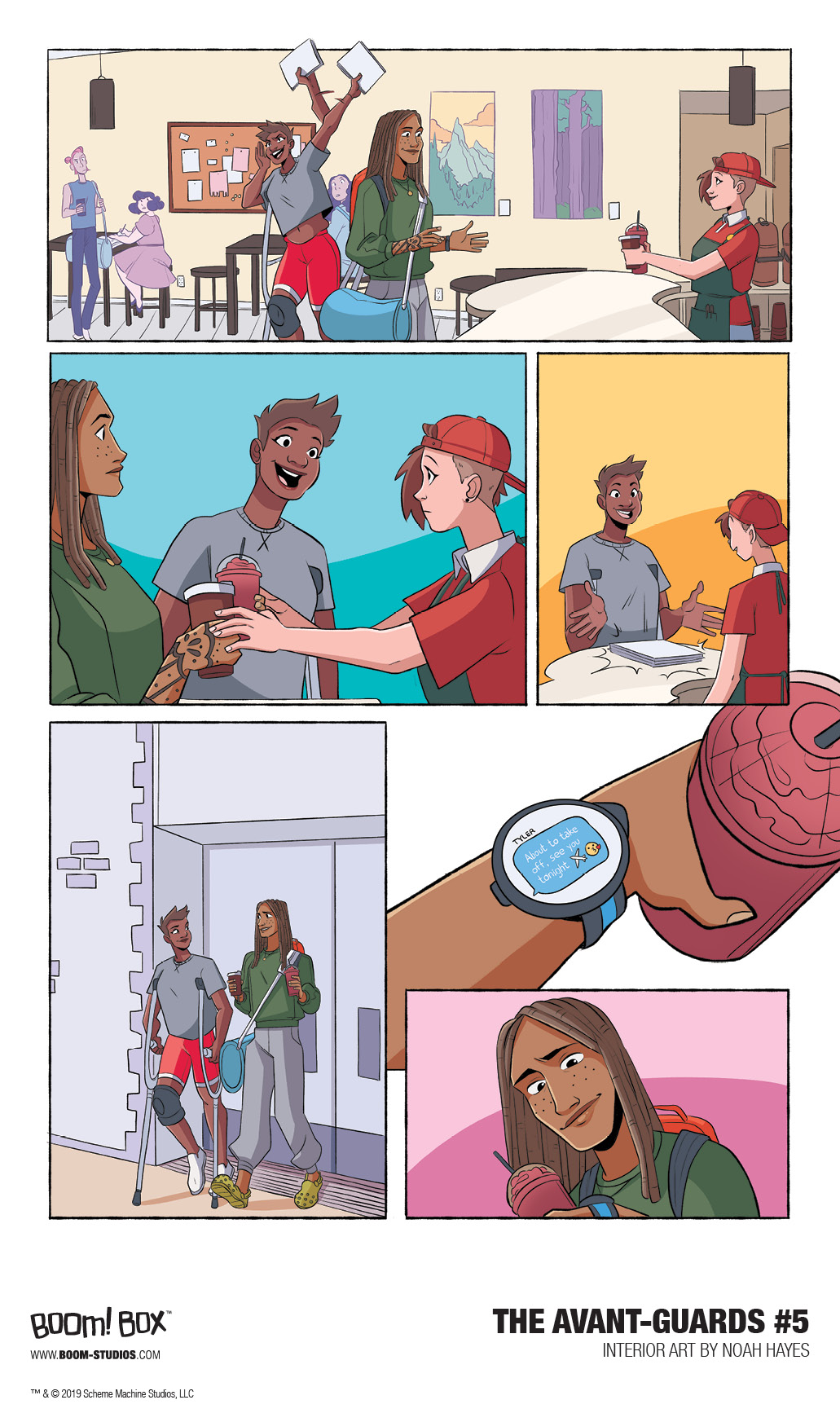 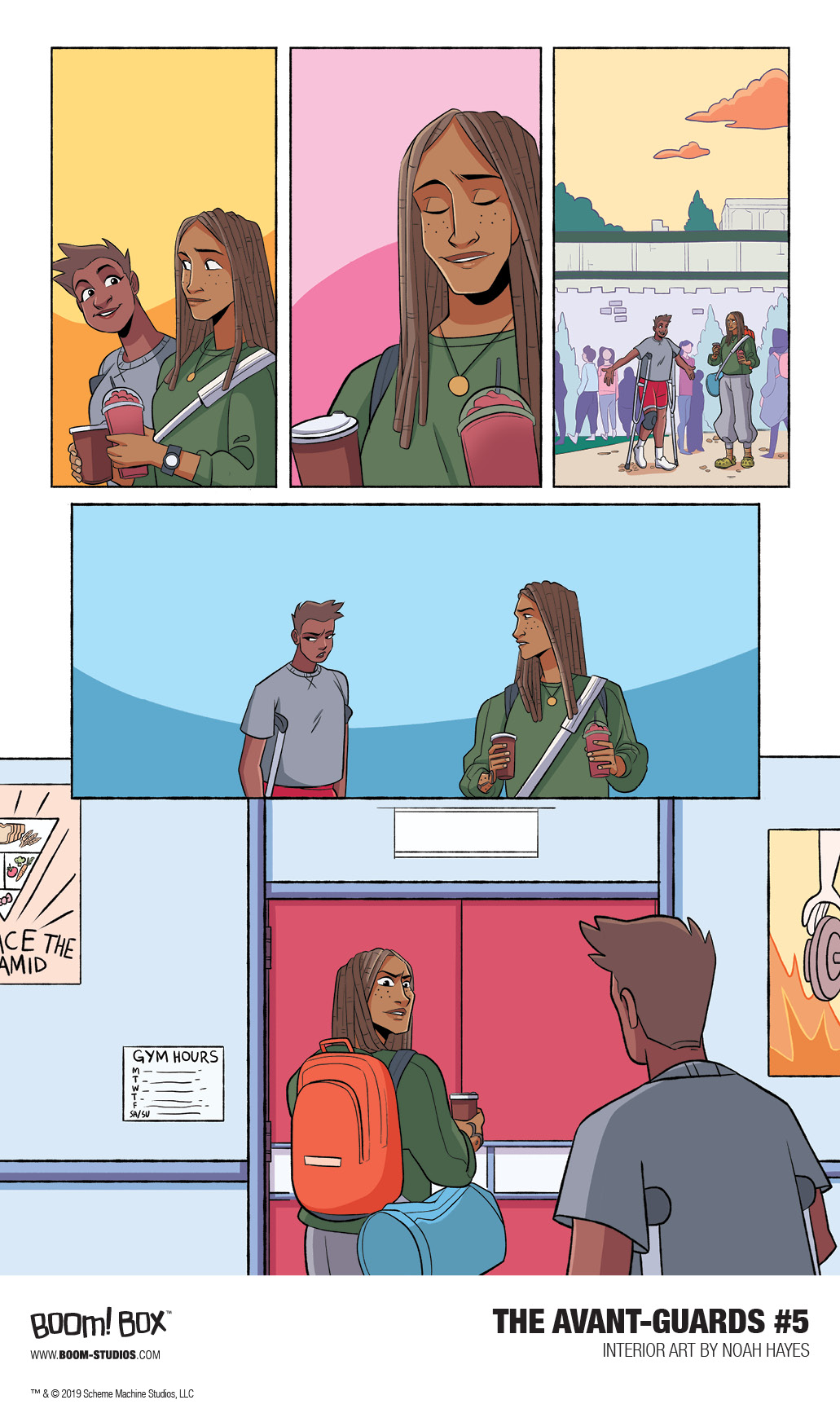 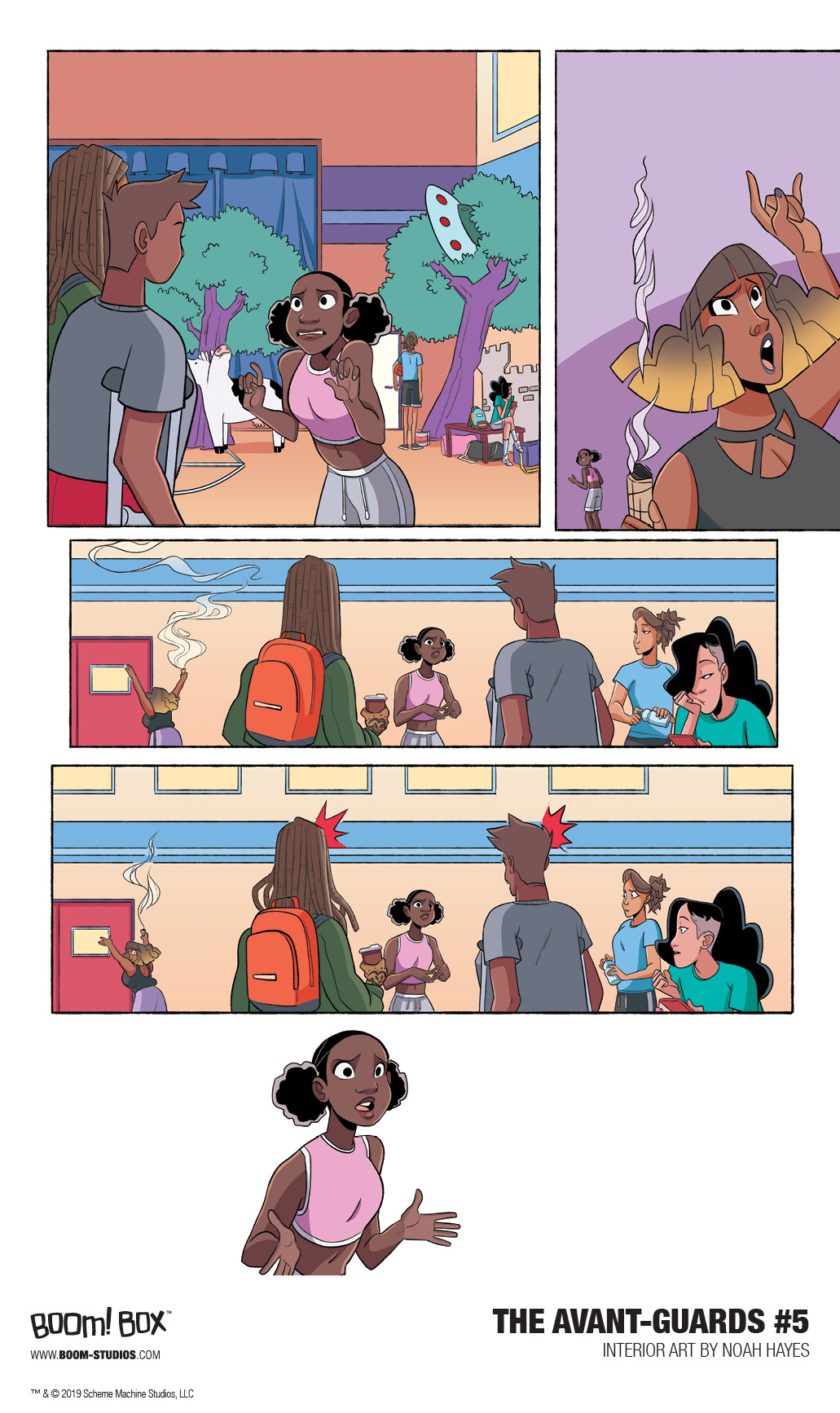