June 28 Mt. Laurel, NJ: Red Sonja, the She-Devil With a Sword has starred in countless diverse stories. Recently Dynamite and talented creators have expanded the horizons via the Sonjaversal series, introducing the idea that there are an infinite number of alternate realities where radically different visions of the Hyrkanian heroine reside. One of the breakout spotlights so far has been Samurai Sonja, and now NFT comics collectors can check out her big first appearance!

In Samurai Sonja, writer Jordan Clark and artist Pasquale Qualano have placed an exciting version of the fan-favorite character into the Sengoku period of Japan, with plenty of thrilling elements from mythology. Our heroine is the daughter of a fallen samurai and must journey out on a quest to solidify her family’s legacy. Along the way she will deal with the sun goddess Amaterasu, and fight fearsome Oni. The new story is inspired by classics of film, anime, and manga such as Vagabond, Samurai Champloo, and the work of Akira Kurosawa. Fans of both sword and sorcery will be excited to check out this take removed from the typical European inspired template. Now it’s available in the innovative collectible NFT comics format as well. 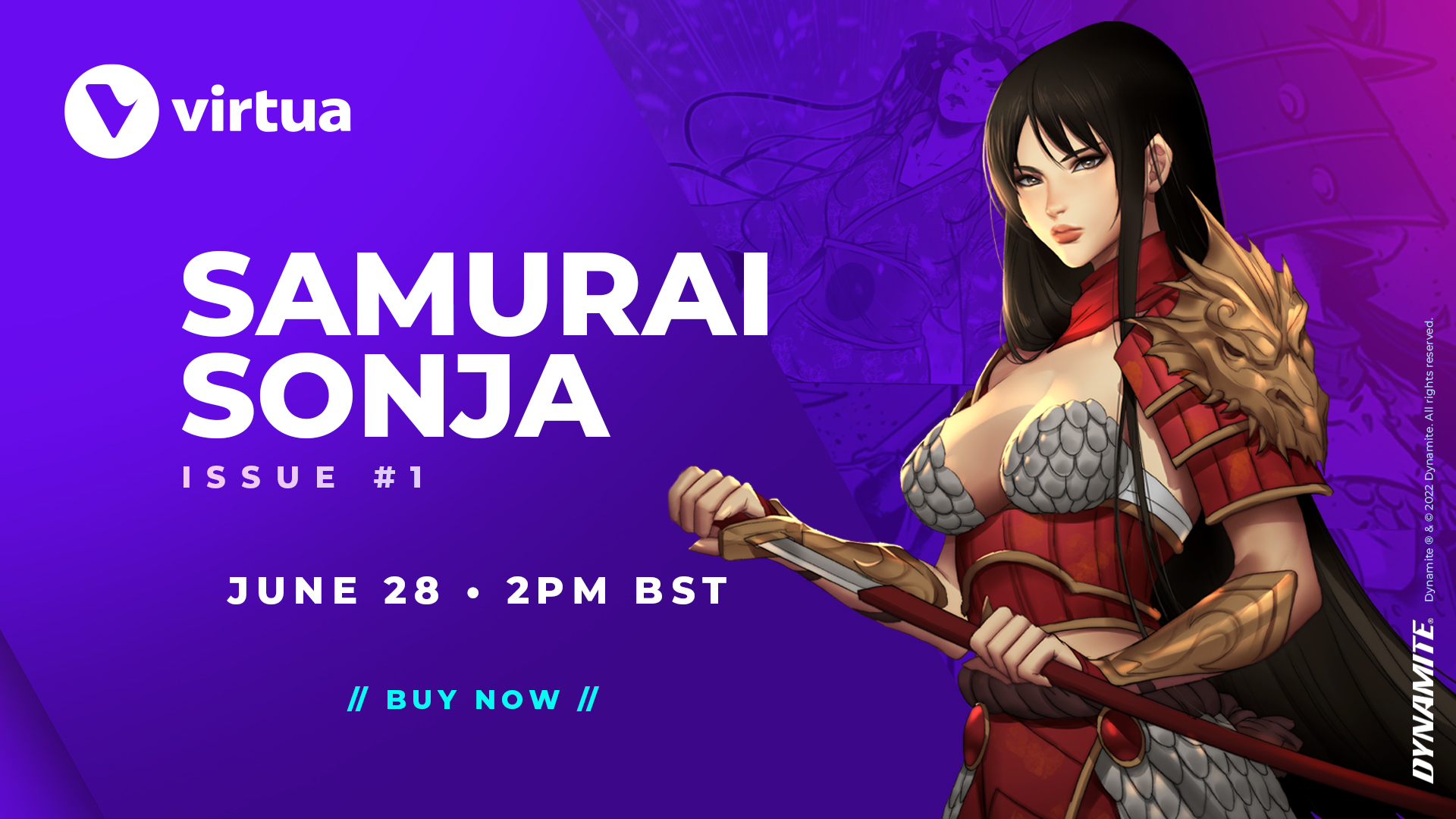 These limited-edition digital collectibles are available to purchase on Virtua here:
https://virtua.com/marketplace