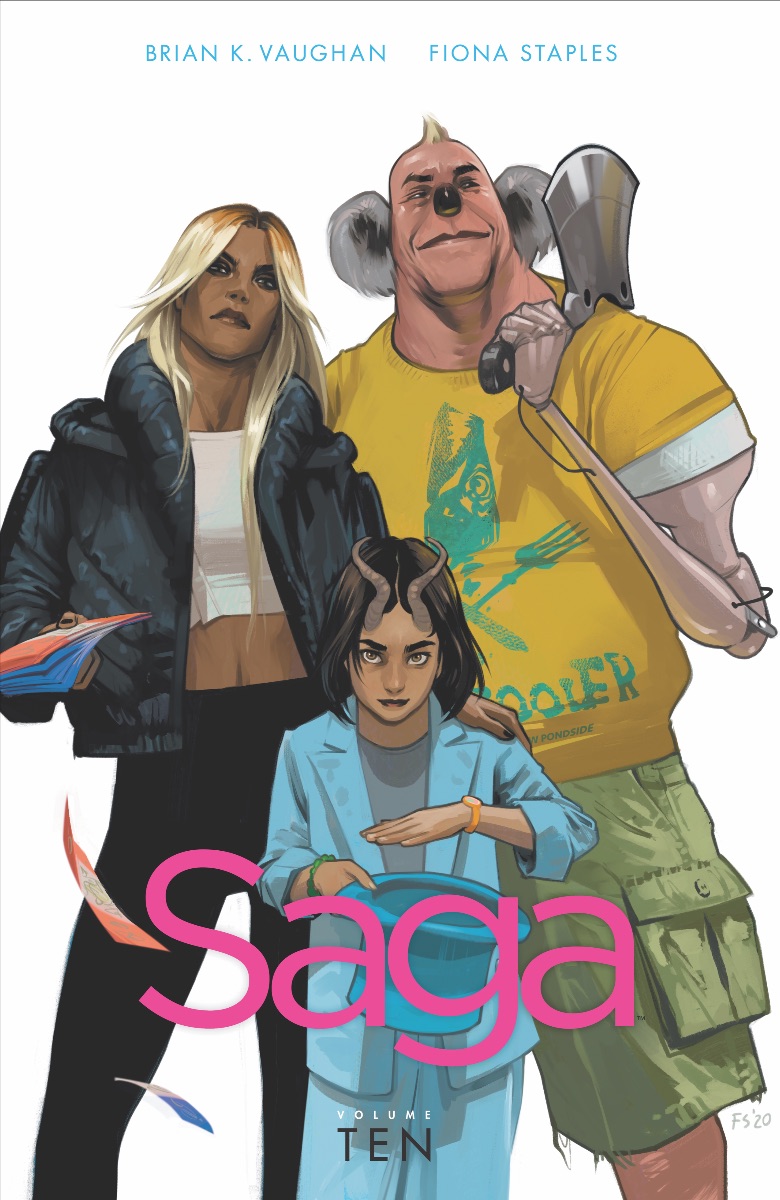 This will be the first new trade paperback in the series since Saga, Vol. 9 released in September 2018.

“I know we were gone for a long time, so Fiona Staples and I are extraordinarily grateful to everyone for welcoming us back with such open arms,” said Vaughan. “Saga wouldn’t exist without the hard work and dedication of our retailer friends, so if you just can’t wait for this next collection—or are just scared of spoilers—we hope you’ll consider supporting your local comic book shop by checking out our monthly issues, which include a letters column featuring the greatest readers in comics. Either way, Fiona and I are incredibly excited about where Hazel’s story is headed next, and we look forward to telling it together for many years to come.”

At long last, Hazel and her star-crossed family are finally back! But where the hell have they been? The Saga team is proud to return with a more pulse-pounding adventure, heart-wrenching character drama, and gloriously graphic sex and violence, as Saga embarks on its most epic chapter yet.

Saga has sold seven million copies to date across single issue, trade paperback, compendium, hardcover, and digital editions and has been translated into 20 languages. The series also boasts multiple Eisner Awards, Harvey Awards, a Hugo Award, British Fantasy Award, Goodreads Choice Award, Shuster Award, Inkwell Award, Ringo Award, and more. It has been featured in such mainstream media outlets as TIME, Entertainment Weekly, The Atlantic, NPR, and more. The series has become a pop culture phenomenon and has been immortalized with references and easter eggs appearing in such popular TV shows as Supernatural, The Big Bang Theory, The Simpsons, and even a recent Taco Bell commercial featuring the characters dressed in cosplay.

Saga is also available for purchase across many digital platforms, including Amazon Kindle, Apple Books, and Google Play.