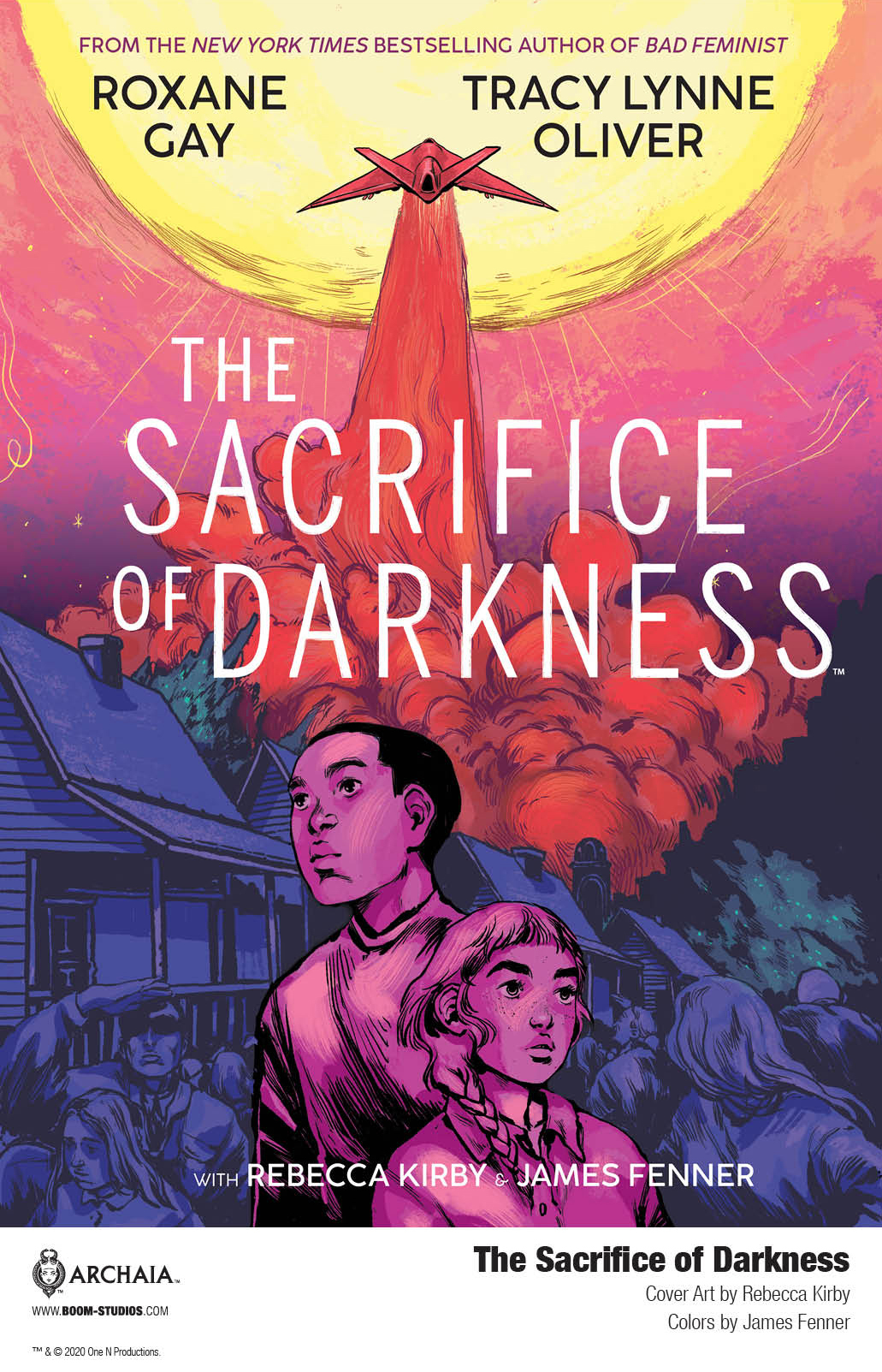 Follow a woman and a man’s powerful journey through this new landscape as they discover love, family, and the true light in a world seemingly robbed of any. As they challenge the world’s notions of identity, guilt, and survival, they find that no matter the darkness, there remain sources of hope that can pierce the veil.

Roxane Gay’s writing appears in Best American Nonrequired Reading 2018, Best American Mystery Stories 2014, Best American Short Stories 2012, Best Sex Writing 2012, Harper’s Bazaar, A Public Space, McSweeney’s, Tin House, Oxford American, American Short Fiction, Virginia Quarterly Review, and many others. She is a contributing opinion writer for The New York Times. She is the author of the books Ayiti, An Untamed State, the New York Times bestselling Bad Feminist, the nationally bestselling Difficult Women and New York Times bestselling Hunger: A Memoir of My Body. She is also the author of World of Wakanda for Marvel and the editor of Best American Short Stories 2018. She is currently at work on film and television projects, a book of writing advice, an essay collection about television and culture, and a YA novel entitled The Year I Learned Everything. In 2018, she won a Guggenheim fellowship.

“Some stories don’t leave you and such was the case with my short story ‘We are the Sacrifice of Darkness.’ When BOOM! Studios approached me about writing a graphic novel, I immediately knew what kind of story I wanted to tell–one about family and sorrow, faith that survives in a world of darkness, true love and an indelible bond between two people with the world against them,” said author Roxane Gay. “It has been a thrill to be able to bring breadth and depth to the world I created in  my short story, and to be able to do so with one of my favorite writers, Tracy Lynne Oliver. She is an amazing collaborator who always pushes me creatively. We are excited to have this graphic novel out in the world later this year.”

Tracy Lynne Oliver is a writer based in Los Angeles.  She has been published online at a variety of places such as Medium, Fanzine and Occulum.  Her story, This Weekend was chosen to be in  Best Microfiction 2019. This is her first graphic novel adaptation.

“‘We are the Sacrifice of Darkness’ was one of my favorite Roxane Gay stories, so I was more than thrilled with the opportunity to transform it into a graphic novel format,” said writer Tracy Lynne Oliver. “I once again fell in love with the characters and their struggles and yearning for love, warmth and light in this dark, cold world they were thrust into.  I am so excited for readers to see this story brought to life in such a visually stunning way.”

Rebecca Kirby is a comic artist and illustrator based out of Philadelphia best known for her original comics, Biopsy and Cramps, which have been featured on Vice and Waves, featured in Fantagraphics Now: The New Comics Anthology #4.

“It’s been an incredible experience working with everyone as we create a graphic novel full of striking contrasts and tender moments splashed across the page,” said artist Rebecca Kirby. “I’ve had a great time illustrating the beautiful story that Roxane and Tracy have crafted, and I hope fans will have just as great an experience reading it.”

THE SACRIFICE OF DARKNESS is the latest release from BOOM! Studios’ award-winning Archaia imprint, home to inspiring graphic novels such as Big Black: Stand at Attica by Frank “Big Black” Smith, Jared Reinmuth, and Ameziane, We Served the People by Emei Burell, The Realist by Asaf Hanuka, Girl on Film by Cecil Castellucci and Vicky Leta, Melissa Duffy, V. Gagnon & Jon Berg, New World by David Jesus Vignolli, About Betty’s Boob by Vero Cazot and Julie Rocheleau, Waves by Ingrid Chabbert and Carole Maurel, The Grand Abyss Hotel by Marcos Prior and David Rubín, and more.

“It’s an honor to bring new dimension into Roxane Gay’s story, alongside Tracy, Rebecca, and James who have really evolved into an exciting, singular narrative voice,” said Dafna Pleban, Senior Editor, BOOM! Studios. “Grappling with questions of hope, culpability and identity, the graphic novel medium brings to life a world struggling to move on with a visual intensity and specificity that will make for a whole new reading experience for devoted Roxane Gay fans and new readers alike.”

Print copies of THE SACRIFICE OF DARKNESS will be available for sale in October 2020 at local comic book shops (use comicshoplocator.com to find the nearest one), bookstores, or at the BOOM! Studios webstore. Digital copies can be purchased from content providers, including comiXology, iBooks, Google Play, and Madefire.

For continuing news on THE SACRIFICE OF DARKNESS and more from BOOM! Studios, stay tuned to www.boom-studios.com and follow @boomstudios on Twitter. 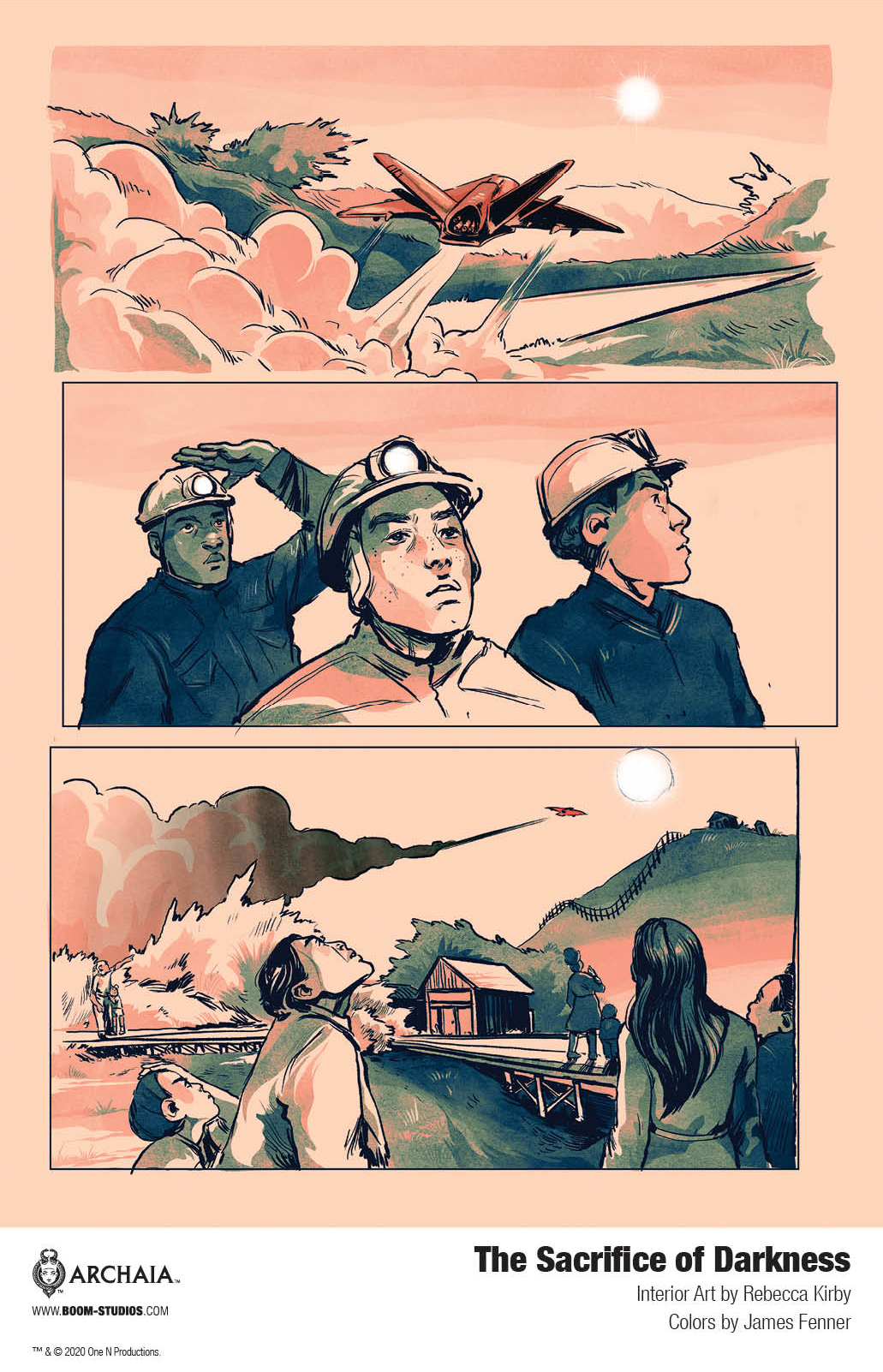 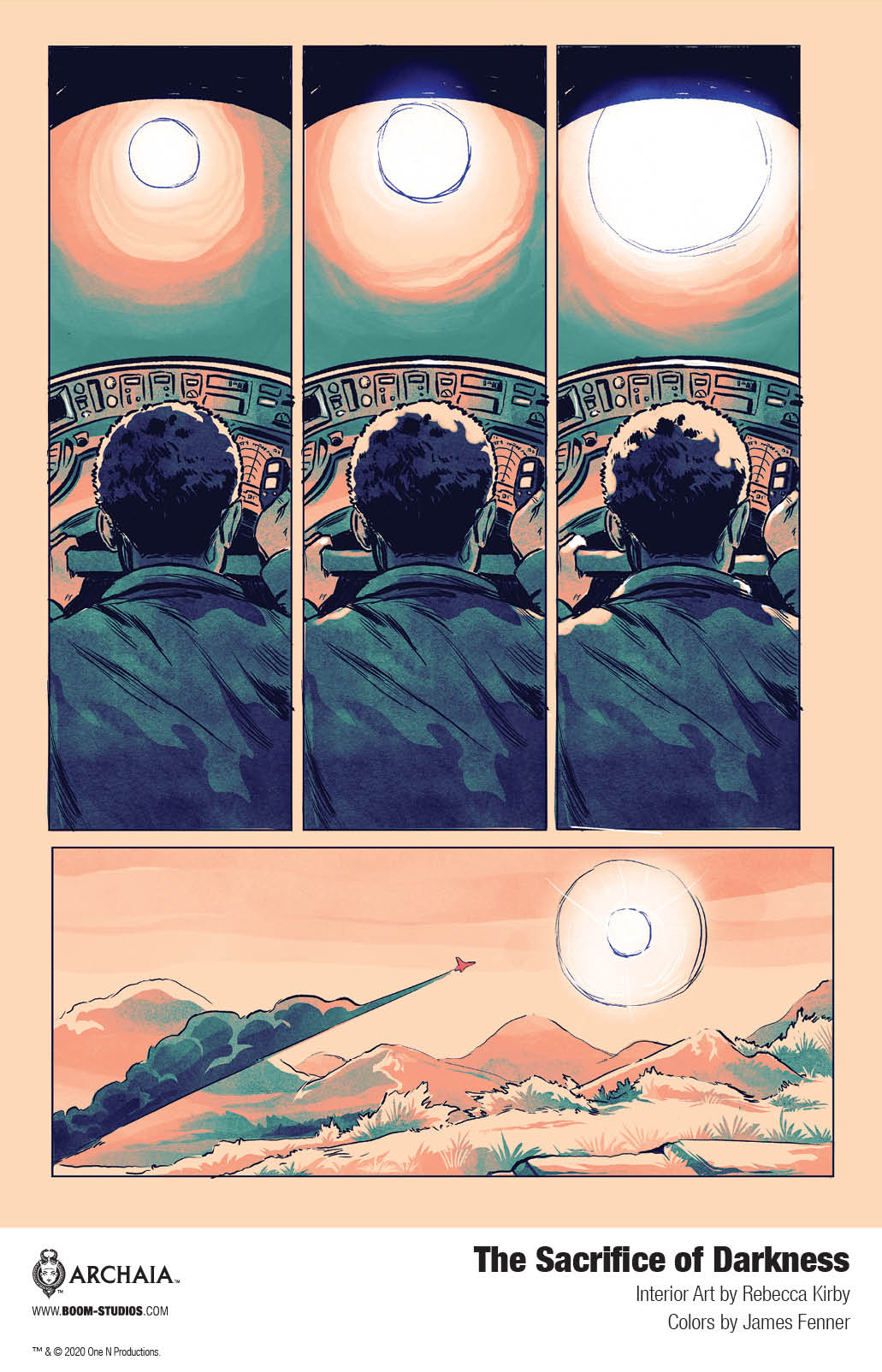 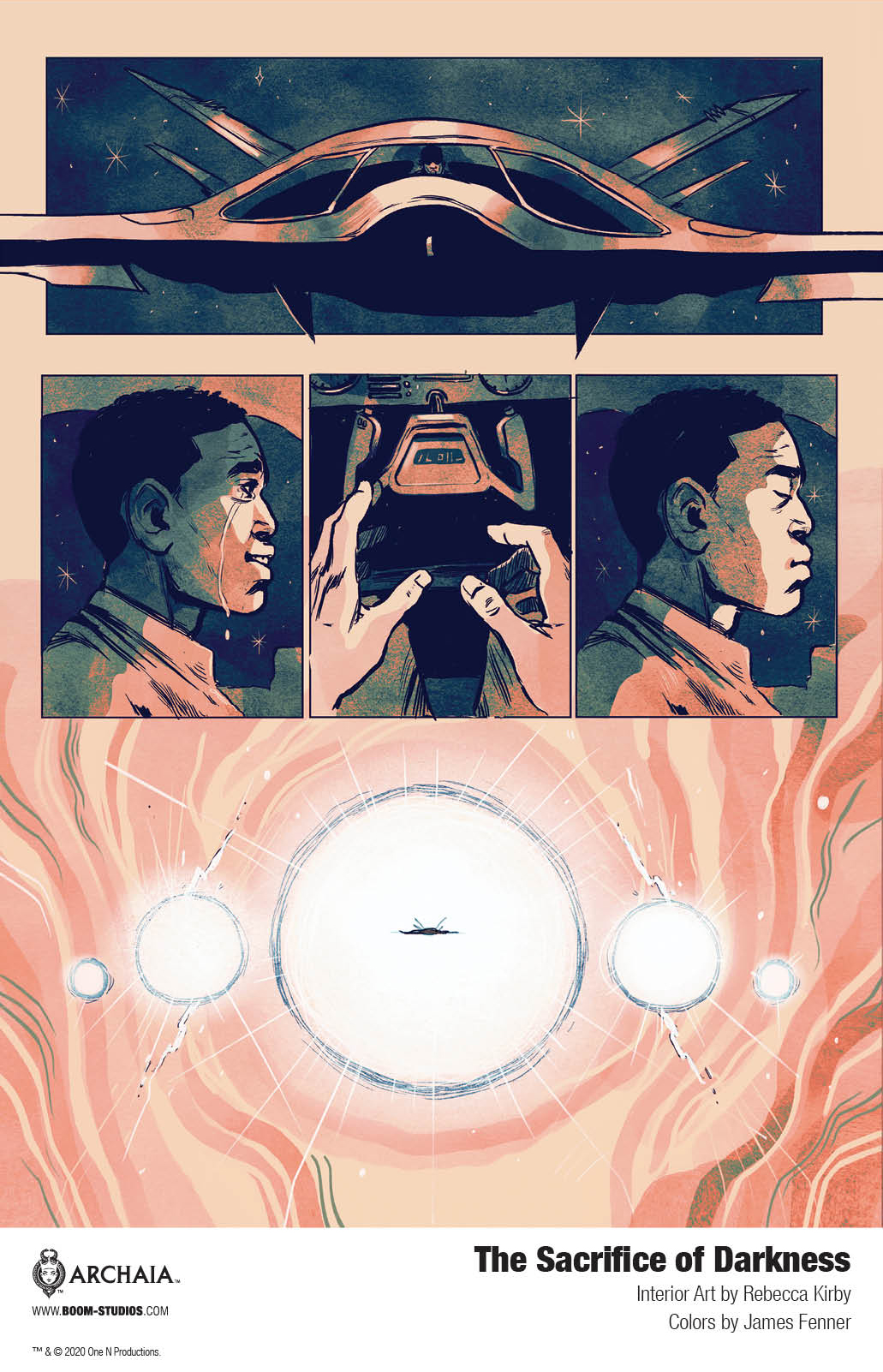 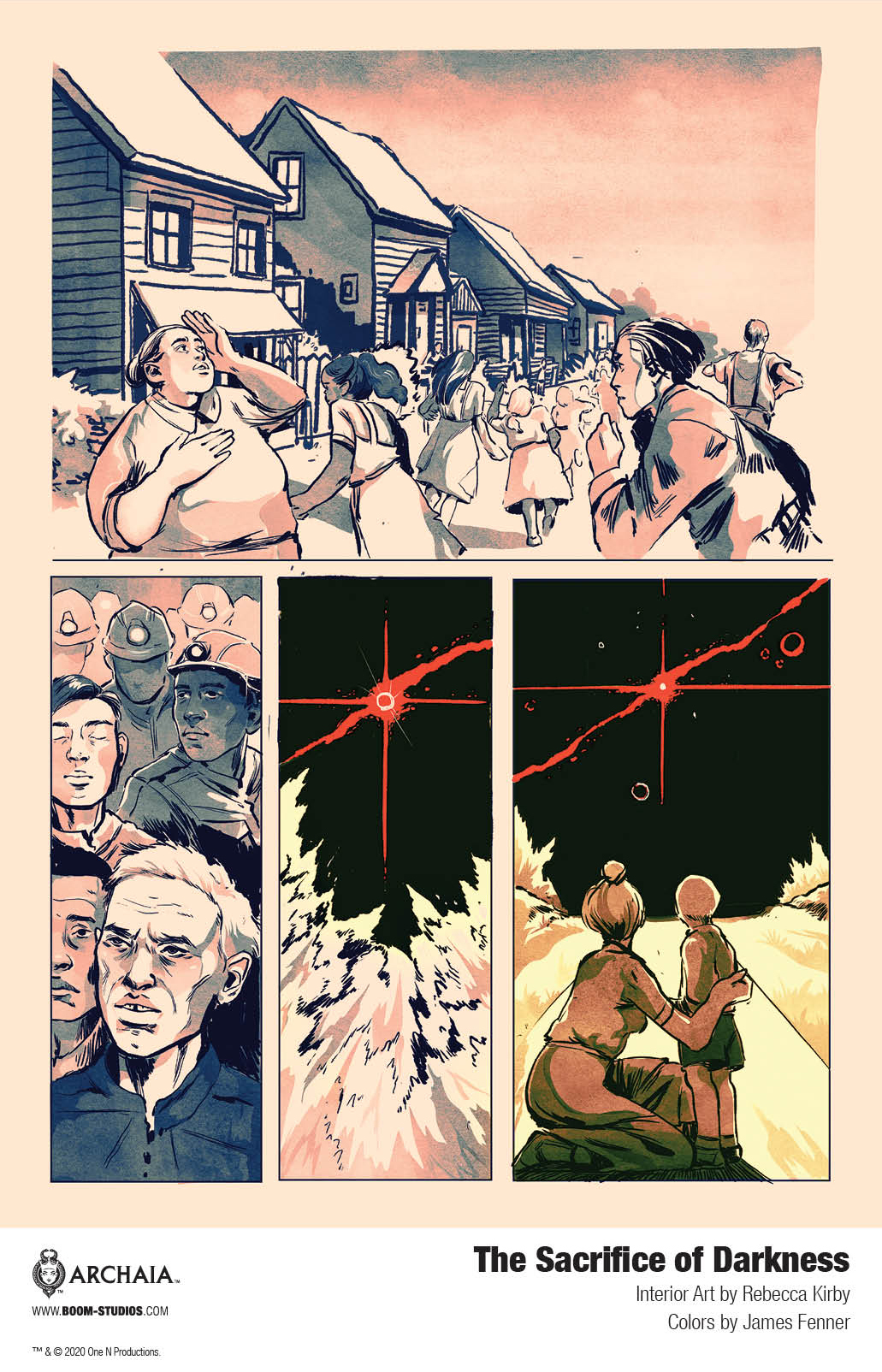 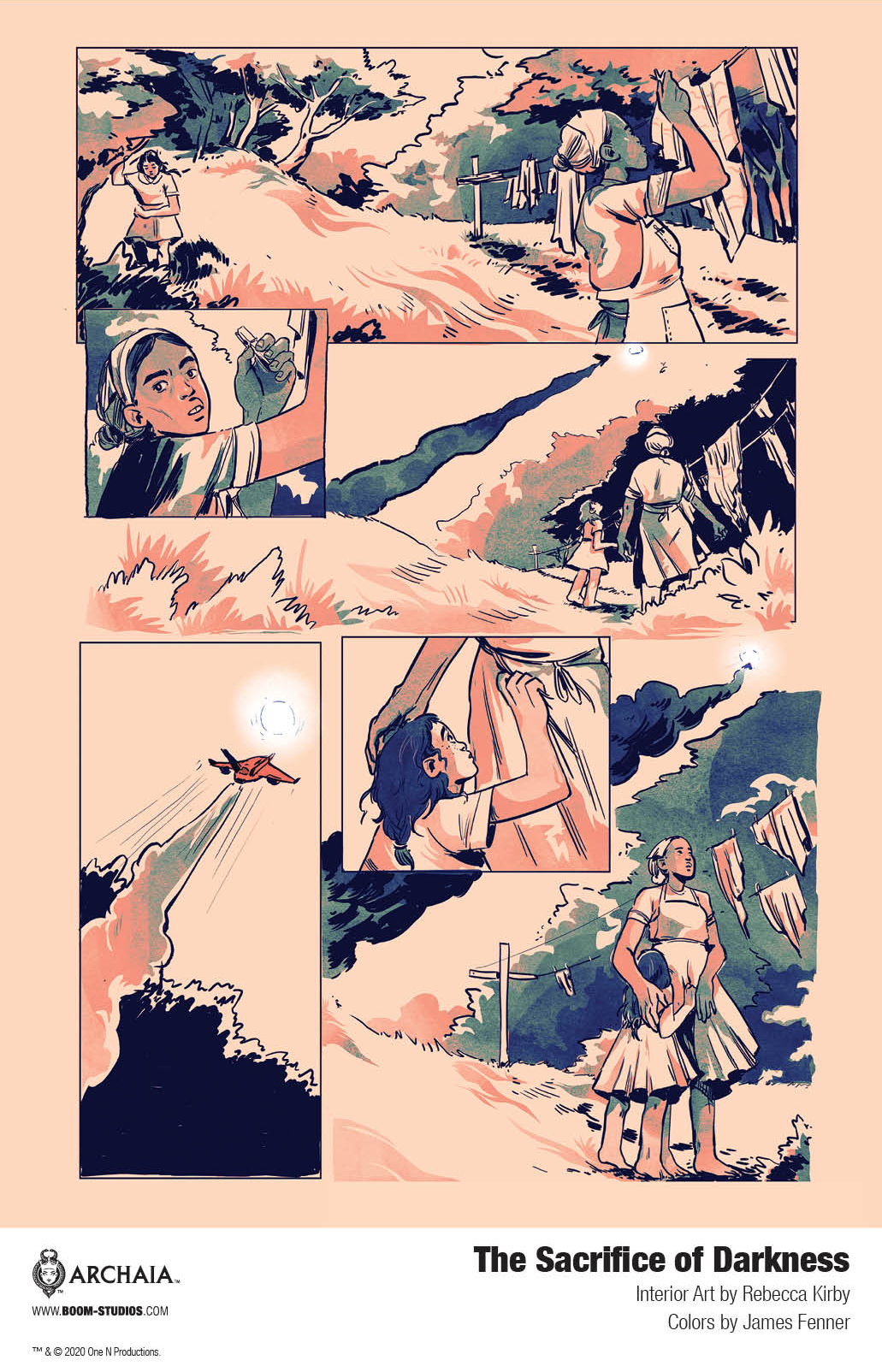 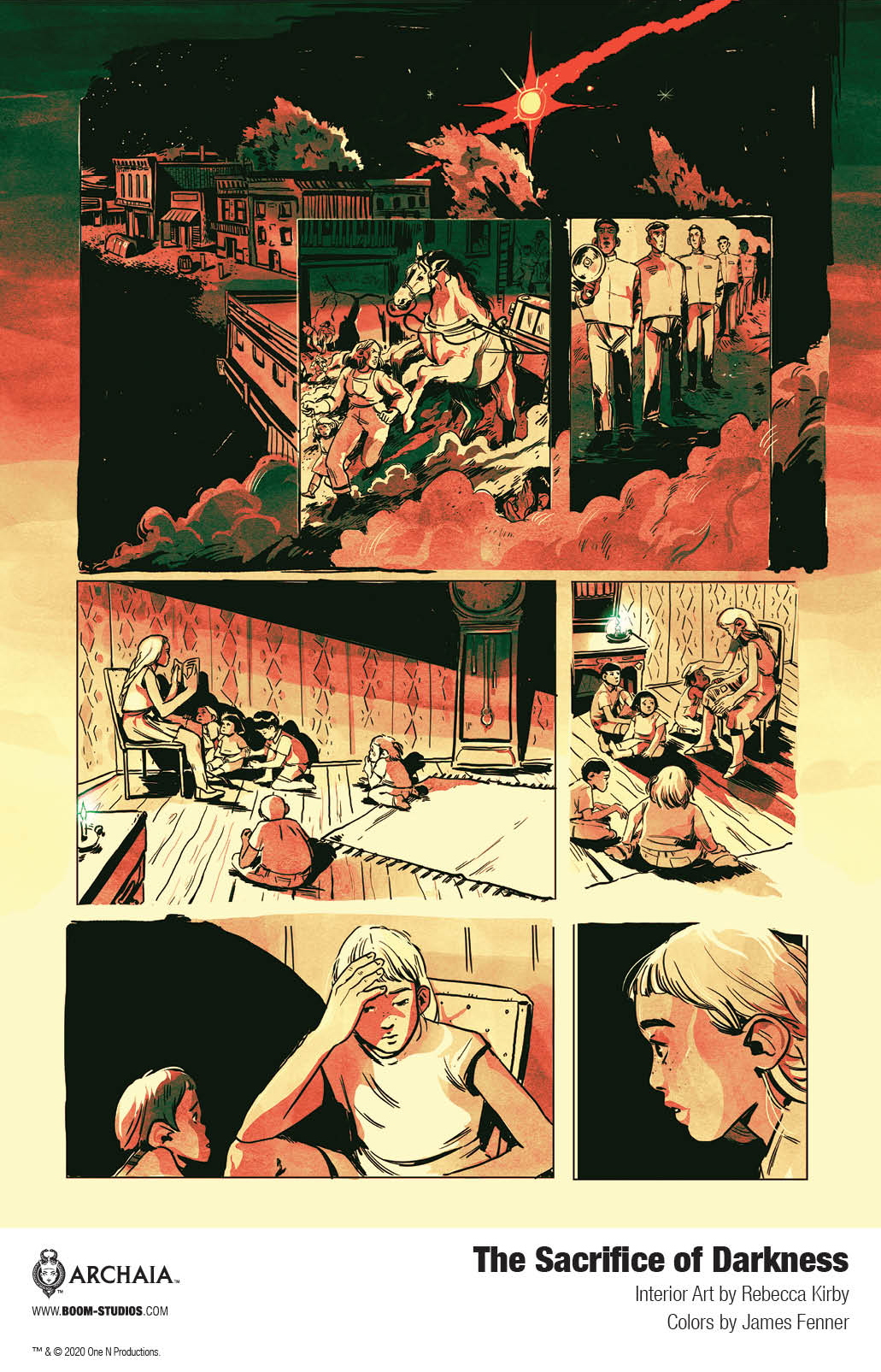 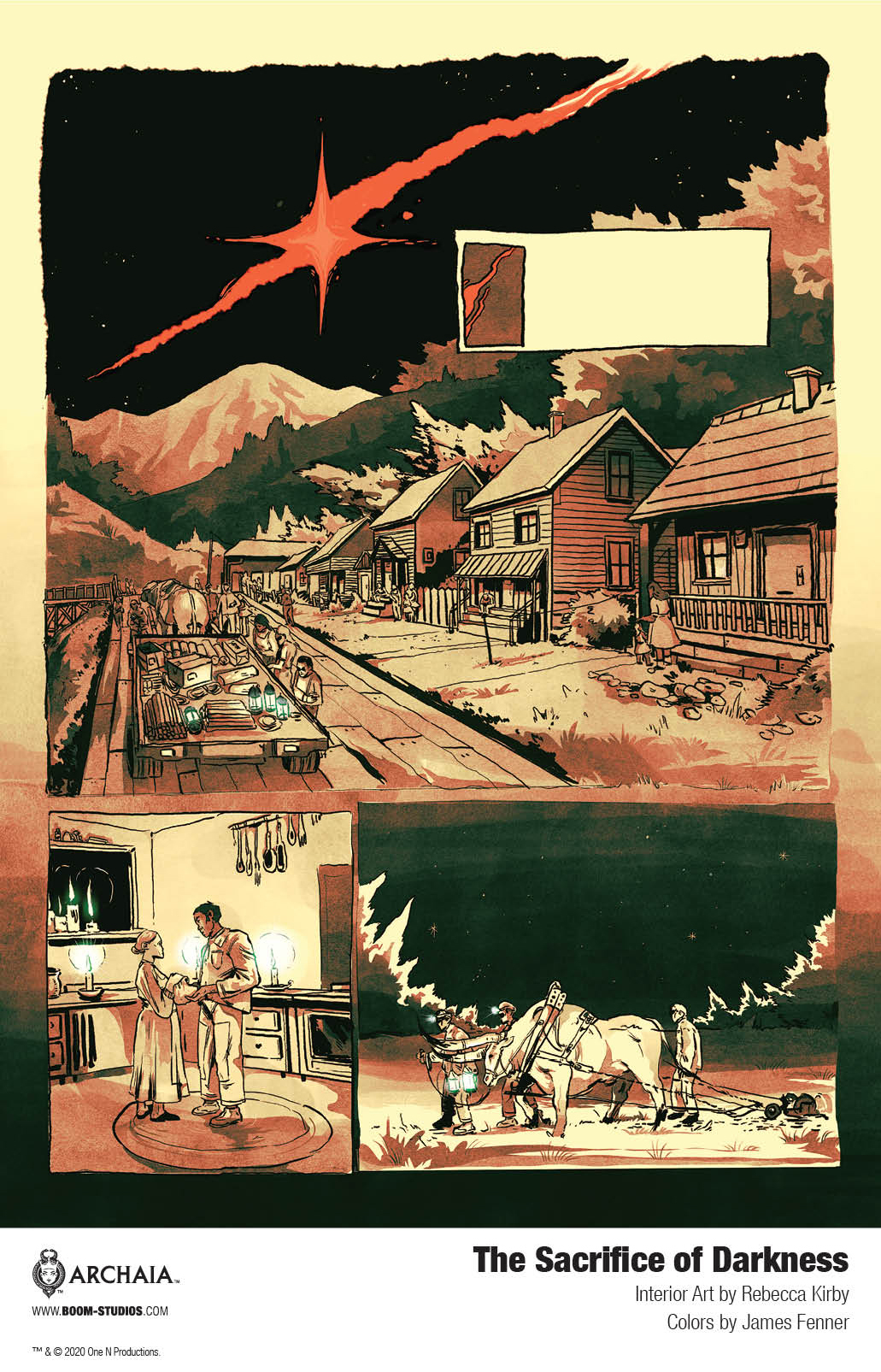 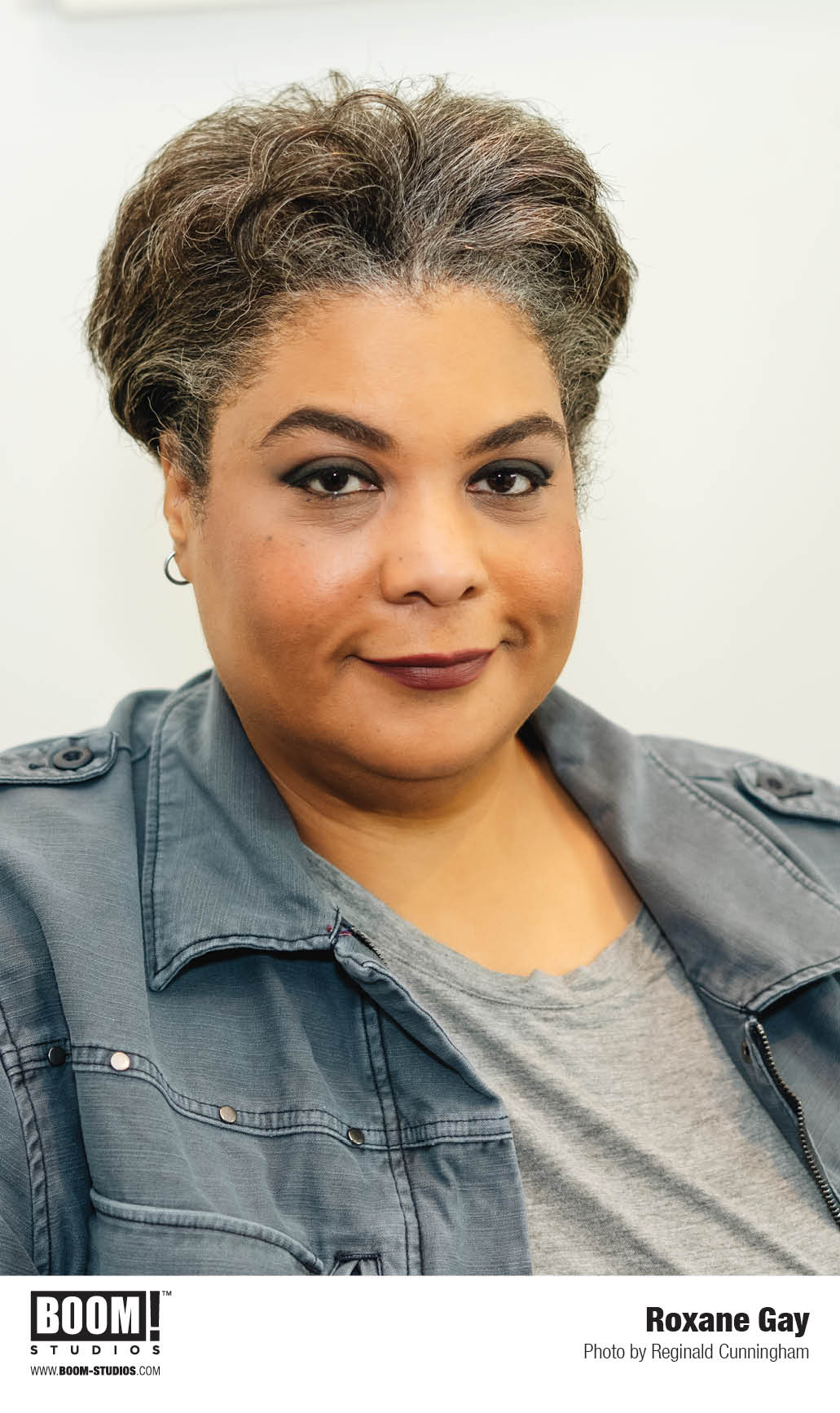 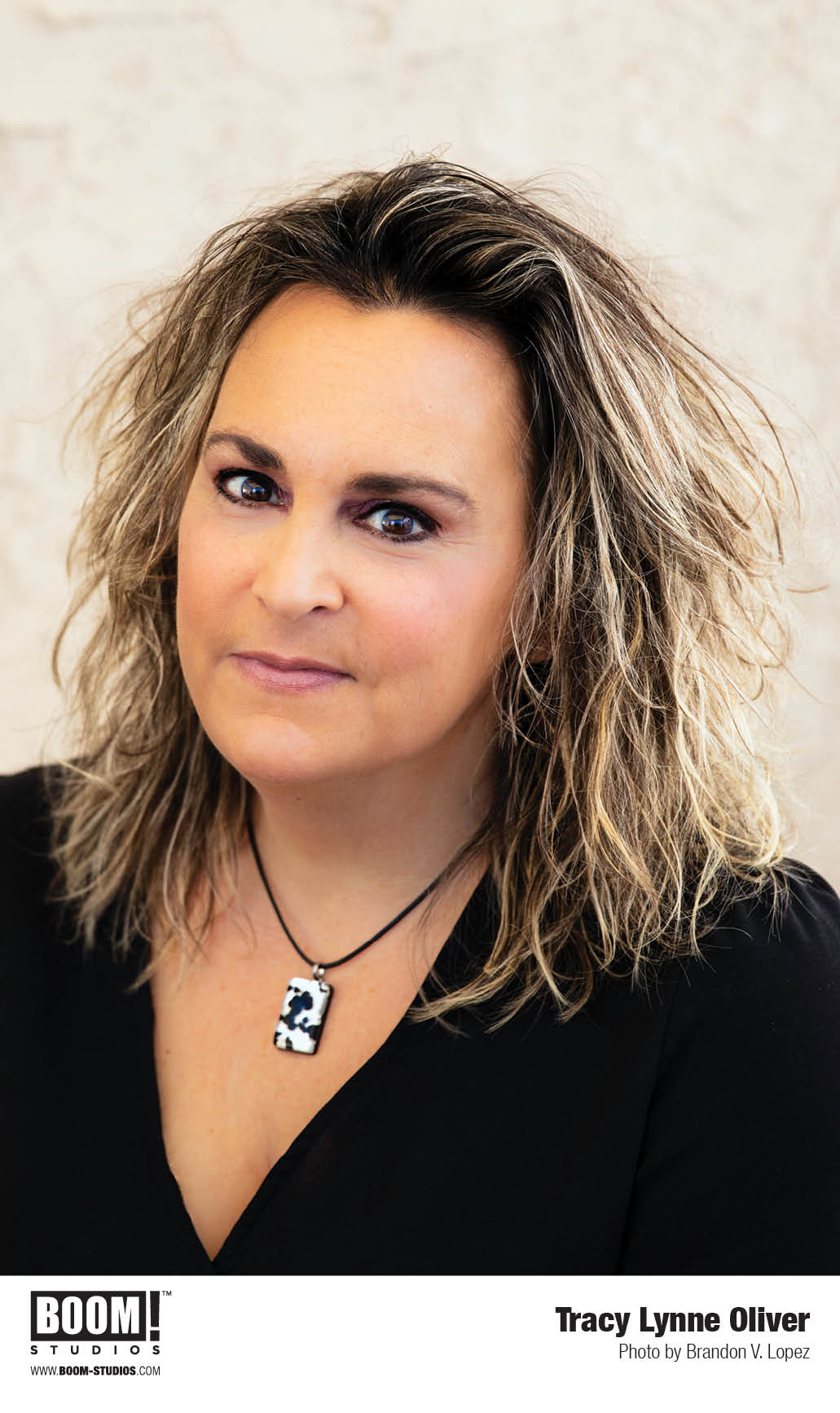 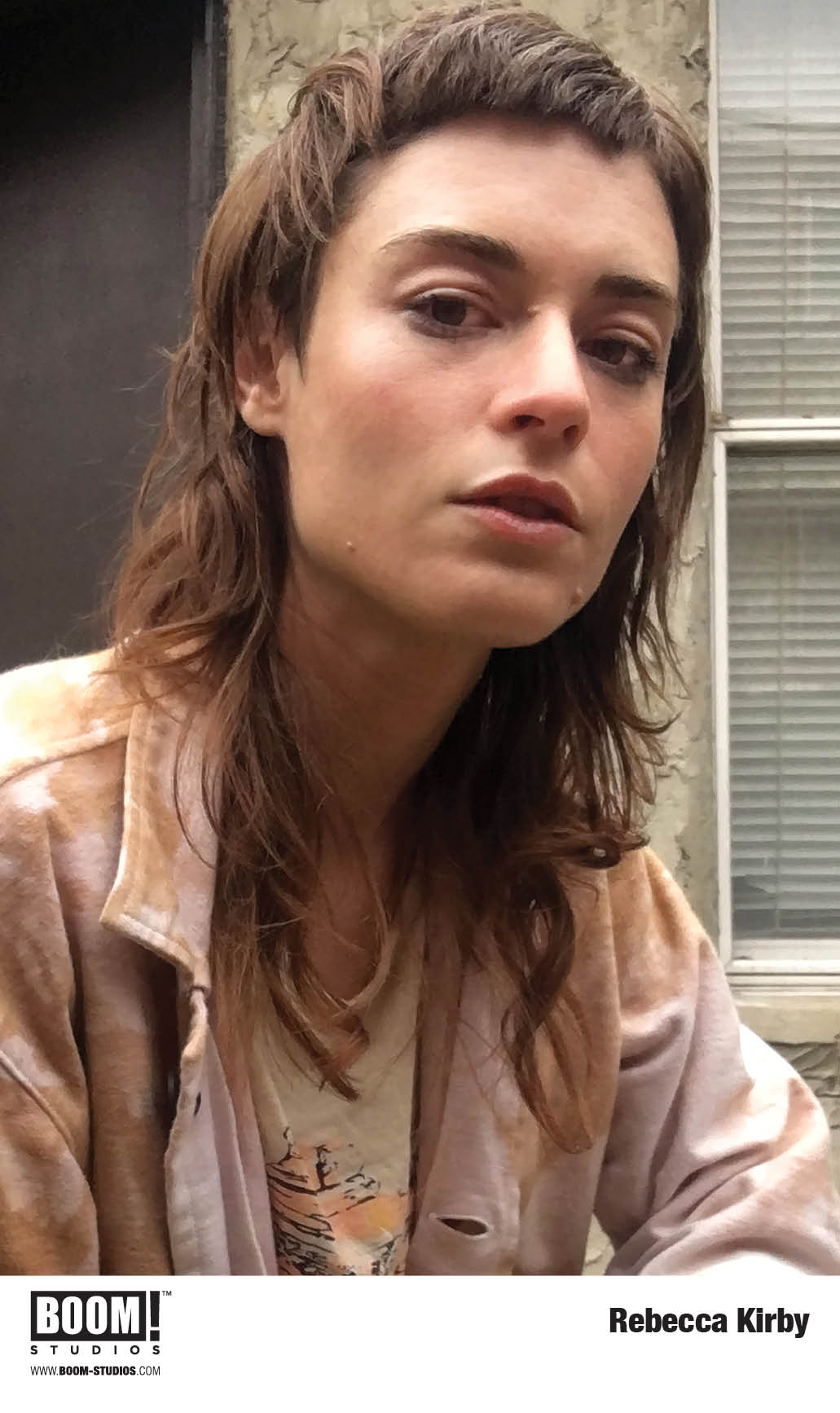