I pity the fool who doesn’t read Warcorns: Combat Unicorns for Hire.

Please don’t pity me for having read it.

A violet unicorn with a mohawk mane, chomps on a cigar with his Faery Odd Parents on the cover had me humming the theme from the A-TEAM.  A quick google search reveals writer Garrett Gunn had a Kickstarter for a different one-shot of Warcorns with a different artist.  The plot of that issue certainly seemed like the A-TEAM; elite team with military training bringing in the bad guys or geldings.  Kit Wallis provides the art for this issue, a possible pre-quel to the one shot.  Wallis provides a cartoony style with the anthropomorphic horses.  These yearlings are animated and expressive.  The backgrounds run a bit sparse, but the book looks good and reads easily.

Our tale begins with Sarge, our violet horse, at the Equestrian Command Recruiting Station to join the military.  He is all “serve my country / my parents served / college tuition sounds great.”  When asked which branch of the military, he passes on Pegasus Corpse and Work Horses to be part of the Warcorns.  I guess the Mer-Mares division had been discontinued.

Two weeks later, Sarge is finally given a name while on the bus to go to Equestrian Command Training Grounds.  One of the bus riders knows how to survive; he grew up in the troughs.  I guess everyone else eats from a plate and fork?  A couple more pages are spent with horses choosing which military branch they want; I guess the previous request was just a formality.

We then veer into FULL METAL JACKET boot camp territory, cursing included.  A shot to the tush gets everyone horned, literally.  I guess different shots give wings for Pegasus Coprse or carts for the Work Horses?  No fish tails for the Mer-Mares? The transformations are presented in a very nice two page spread, unfortunately difficult to read in a digital format.  Many pages later, and after a crayon addiction, Sarge gets to return home.  We get a nice meet the parents moment with the expected, “I’m proud of you son” moment.  Dinner is served, and I was correct about troughs versus plates and forks.  Sarge’s family are bourgeoisie. A quick STARSHIP TROOPERS riff leads us into a call to arms for the next issue.

Garrett Gunn is a good writer who seems to be learning the ropes with this book, an obvious labor of love.  Even at thirty pages, Warcorns is a brisk read which sticks to the brain like Teflon.  Kit Wallis’ great art only mildly distracts from the thematic homages; most of which resemble karaoke.

I can accept that I am not a Brony and probably not the audience for this book.  On the flip side, I do have to ask, “Who is the audience?”  The art is cartoony, which could appeal to kids and their parents, but the language, especially during the boot camp segment, is too harsh.  I wish they had substituted the explicit language with *#@% so I could share with my nieces and nephews.

Garrett Gunn and Kit Wallis are very talented creators and I am interested in seeing what the future holds for them.  If you are interested in a book about humanoid horses transformed into unicorns to join the military and fight alien invaders, then this is the book for you.  For myself, I’m going to pass with a “Neigh.” 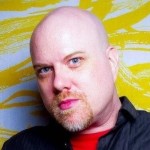