First up is the graphic novel Adventures of Red Sonja Volume 1, which picks up from the character’s earliest solo forays starting in the 1970s. This first volume in this reprint line compiles the Hyrkanian Heroine’s stories as they were originally published in Marvel Feature issues #1 to 7 from 1975 to 1976. Featuring the debut of legendary artist Frank Thorne with the character, these initial hit stories are not to be missed by any fan of the Hyborian Age or comics in general. A more limited edition Director’s Cut is also available for premium collectors. 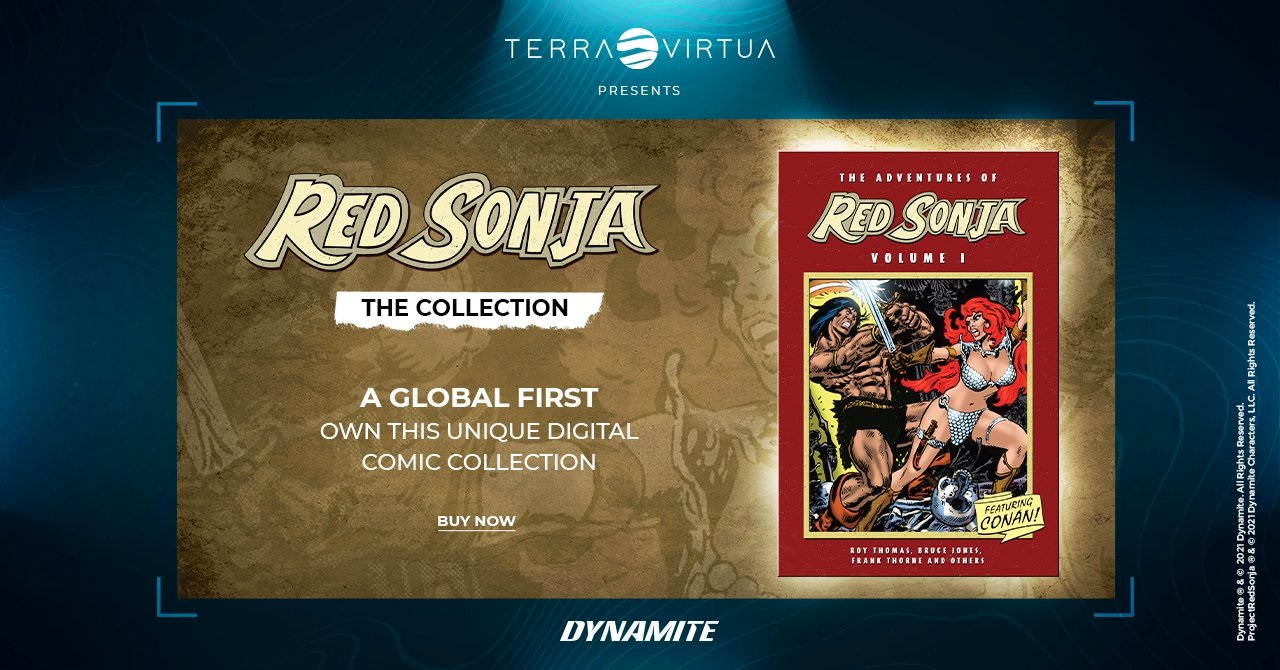 Jumping forward in time just a tad, the second drop today is the first self-titled Red Sonja issue from 1977. By this time, artist Frank Thorne was fully honed in on this character, producing some of the most beautiful and celebrated artwork in comics of the time and of all time. First and foremost that starts here with the jaw-dropping iconic cover by Thorne. This piece has been homaged and evoked countless times by future Red Sonja creators as well as other characters both within and outside of the comics medium. The story within, “Blood of the Unicorn,” is one of the most memorable for the character. A trio of talented writing talent contribute as well, including Roy Thomas, Clair Noto, and Ed Summer. 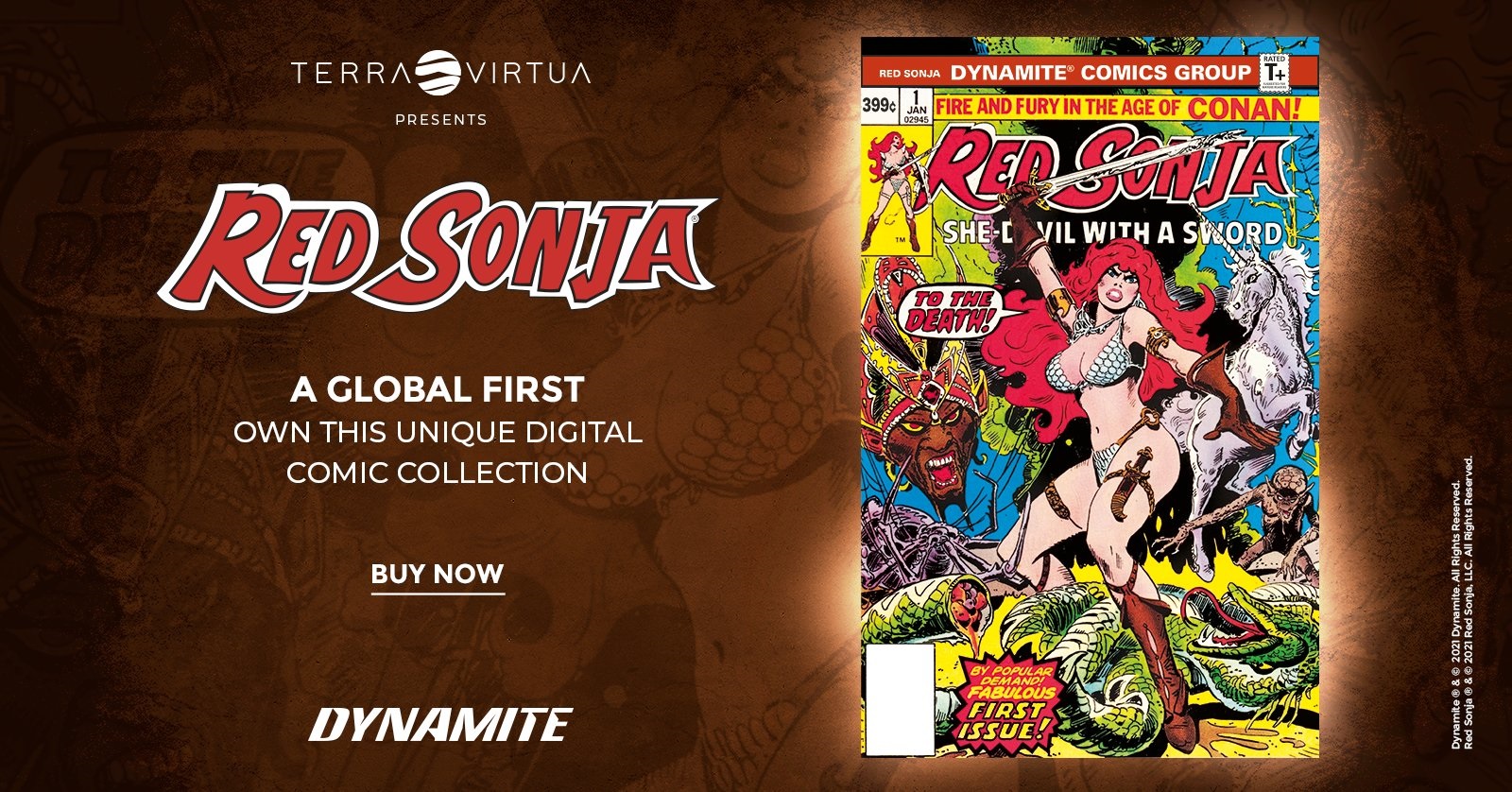 Last but certainly not least, the next issue in Gail Simone and Walter Geovani’s beloved 2013 run makes its way to Terra Virtua. Issue #4 shines bright with one of the most stunning standouts in Jenny Frison’s line of covers for this title. To many modern fans, her covers here are one of the definitive visions of the character, following in the legacy of Frank Thorne. While the story inside by Simone and Geovani hold up their end of the bargain with further exploration of their breakout character Dark Annisia. 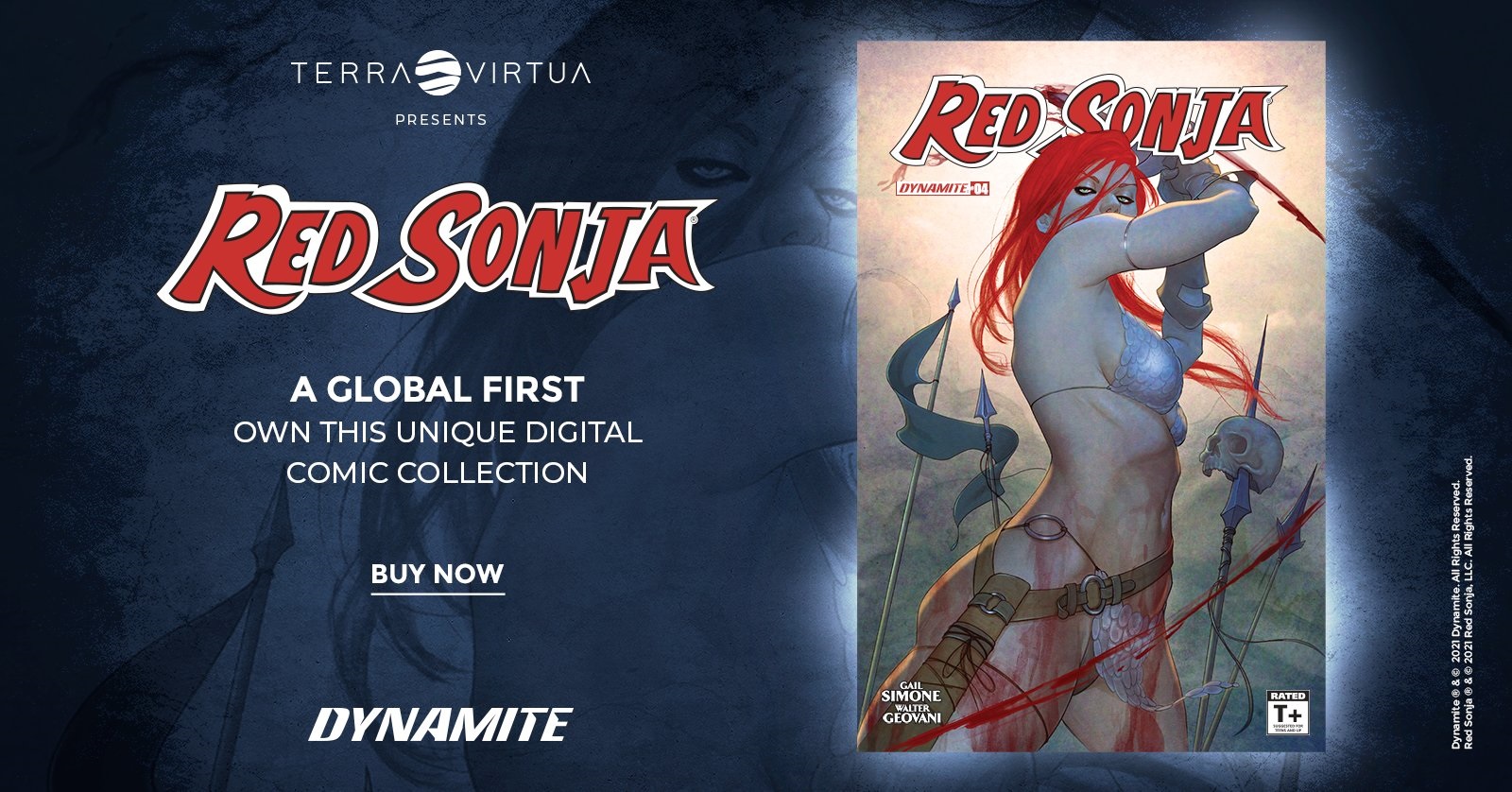