78 MPH #1
FEB221660
(W) Mauro Mantella (A) Tomas Aira (CA) German Peralta
Earth is no longer what it used to be. An environmental catastrophe transformed the atmosphere into a large magnifying glass that enhances solar radiation; a nuclear disaster slowed down the speed of rotation of the planet. Anyone that moves slower than 78 miles per hour will not escape from the scorching sun. Only a small group of people was able to survive on this new world by constantly moving in huge rolling city, never stopping.
FC · 32 pages · $3.95
Available April 6, 2022 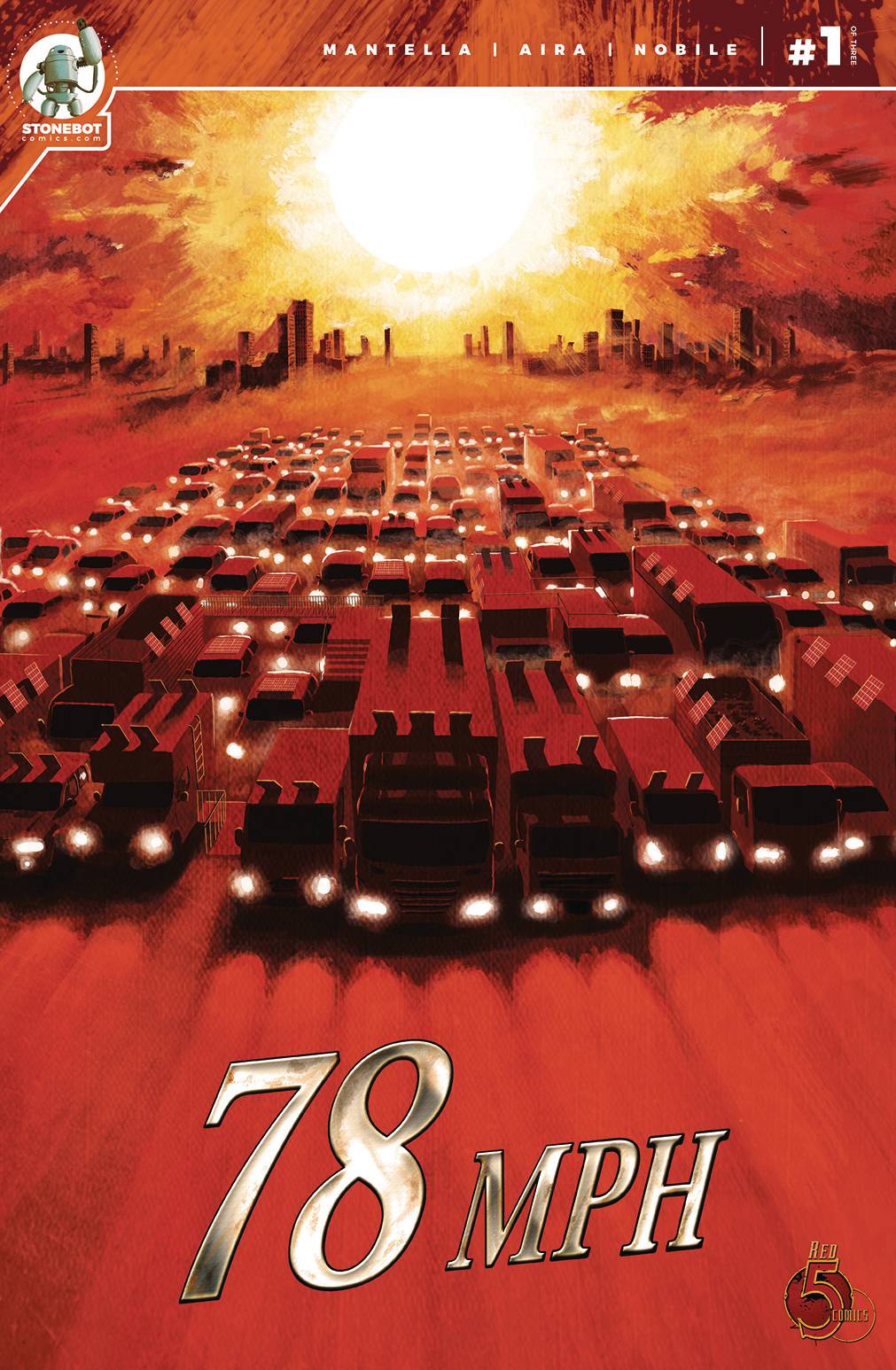 LEAD CITY #2
FEB221659
(W) Eric Borden (A) Kyle Brummond
The sun rises on reckoning day and Colman realizes he’s made a terrible mistake. He’s forced to say goodbye to his family and heads out with the other contestants for the final walk up to the town constructed just to hold the brutal contest. On the way the fighters take time to acquaint themselves with the rules and with each other. First gun is fired and first blood is drawn. Who will be the first casualty of Lead City?
FC · 32 pages · $3.95
Available April 27, 2022 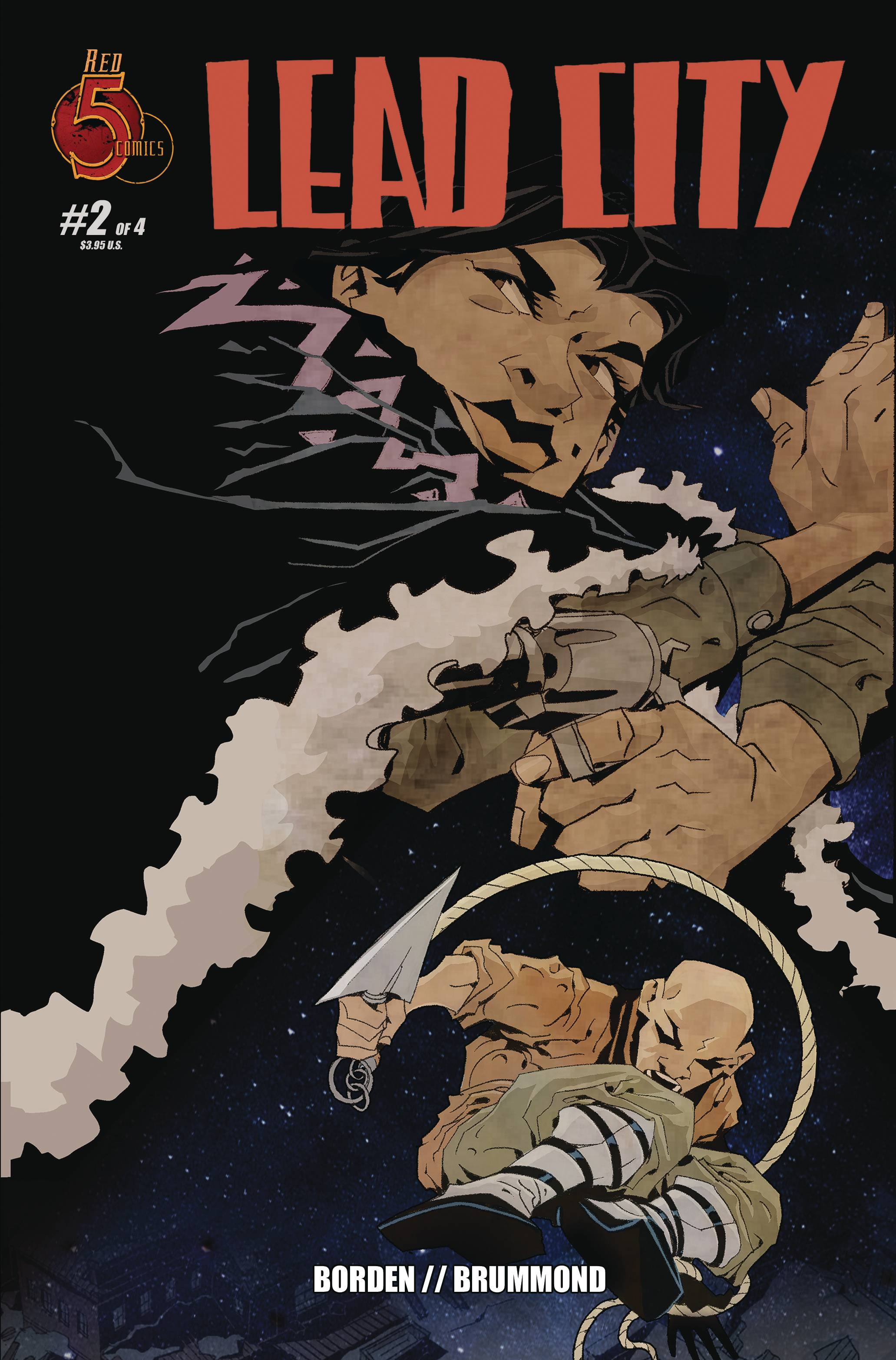 FICTIONAUTS #3
FEB221661
(W) Mauro Mantella (A) Leandro Rizzo (CA) Alvaro Papagiani
The fictional world and the real world are clashing! Both of them can’t coexist, so…which one will prevail? Don’t miss the end of the amazing adventures of the Fictionauts!
FC · 32 pages · $3.95
Available April 13, 2022 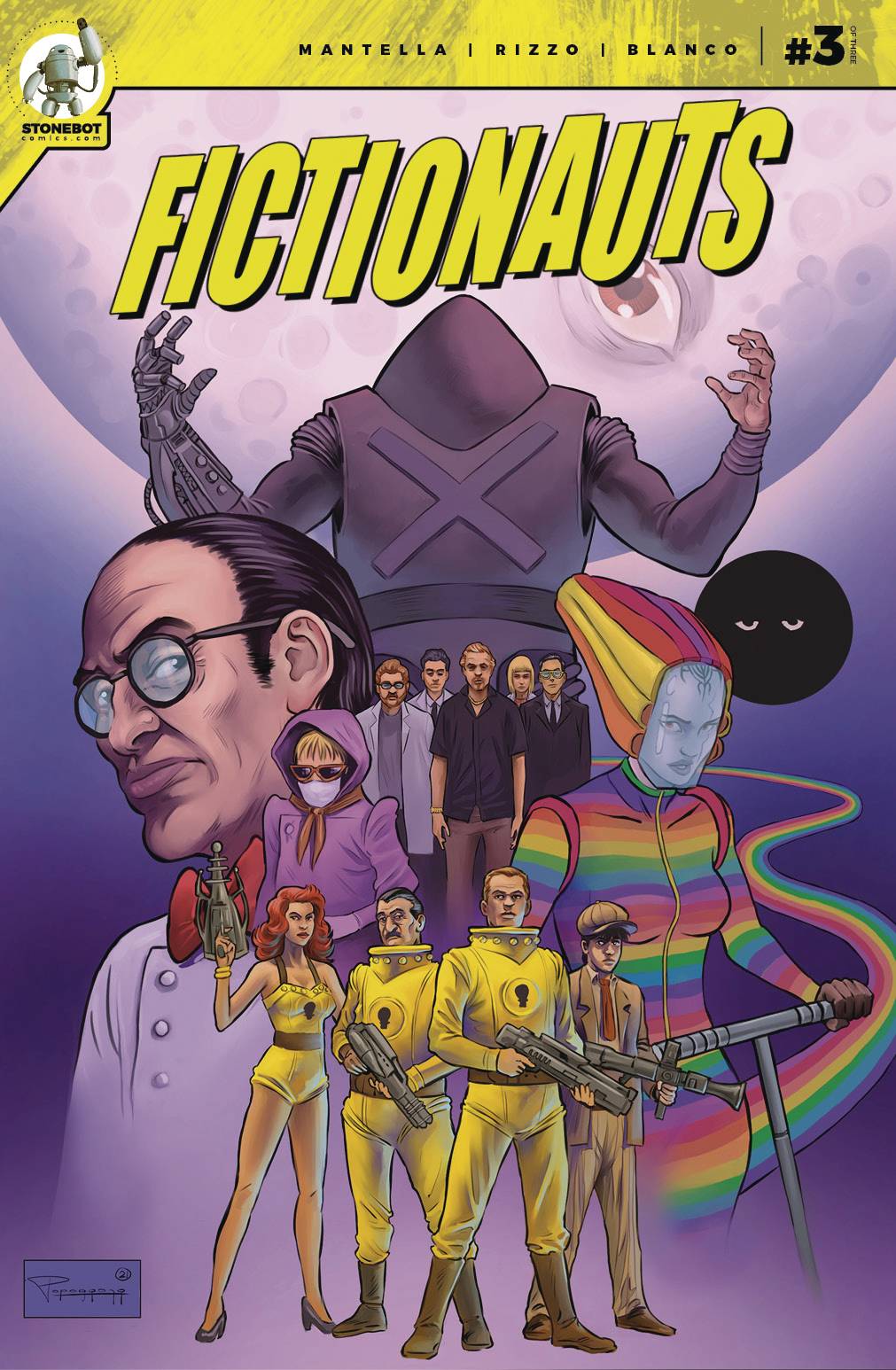 CARRIERS SEASON ONE TP VOL. 1
FEB221658
(W) Ben Ferrari, Erica J Heflin (A) Jim O’Riley (CA) Elias Martins
Fable, Gladius, Cherrybomb, Dark Dove: no one has heard of these brave heroes … yet … but they are the only thing standing between the citizens of New York and the unseen terrors that lurk all around them. A band of weaponized carrier pigeons, they soar the night sky looking for new threats and find their largest one yet when the Croc King comes climbing up out of the New York sewer.  Featuring five standalone high flying adventures!
FC · 154 page · $17.95
Available March 30, 2022 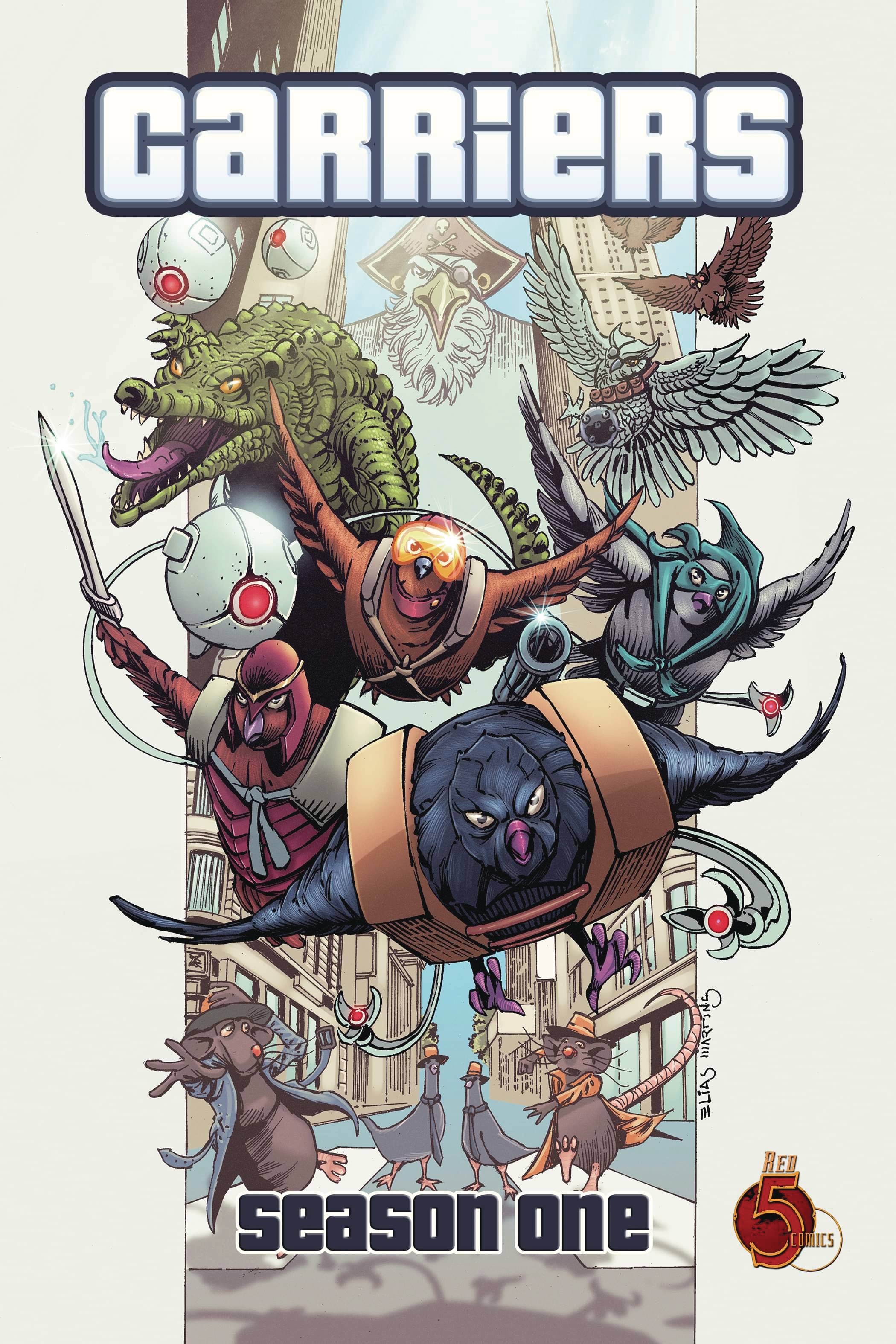