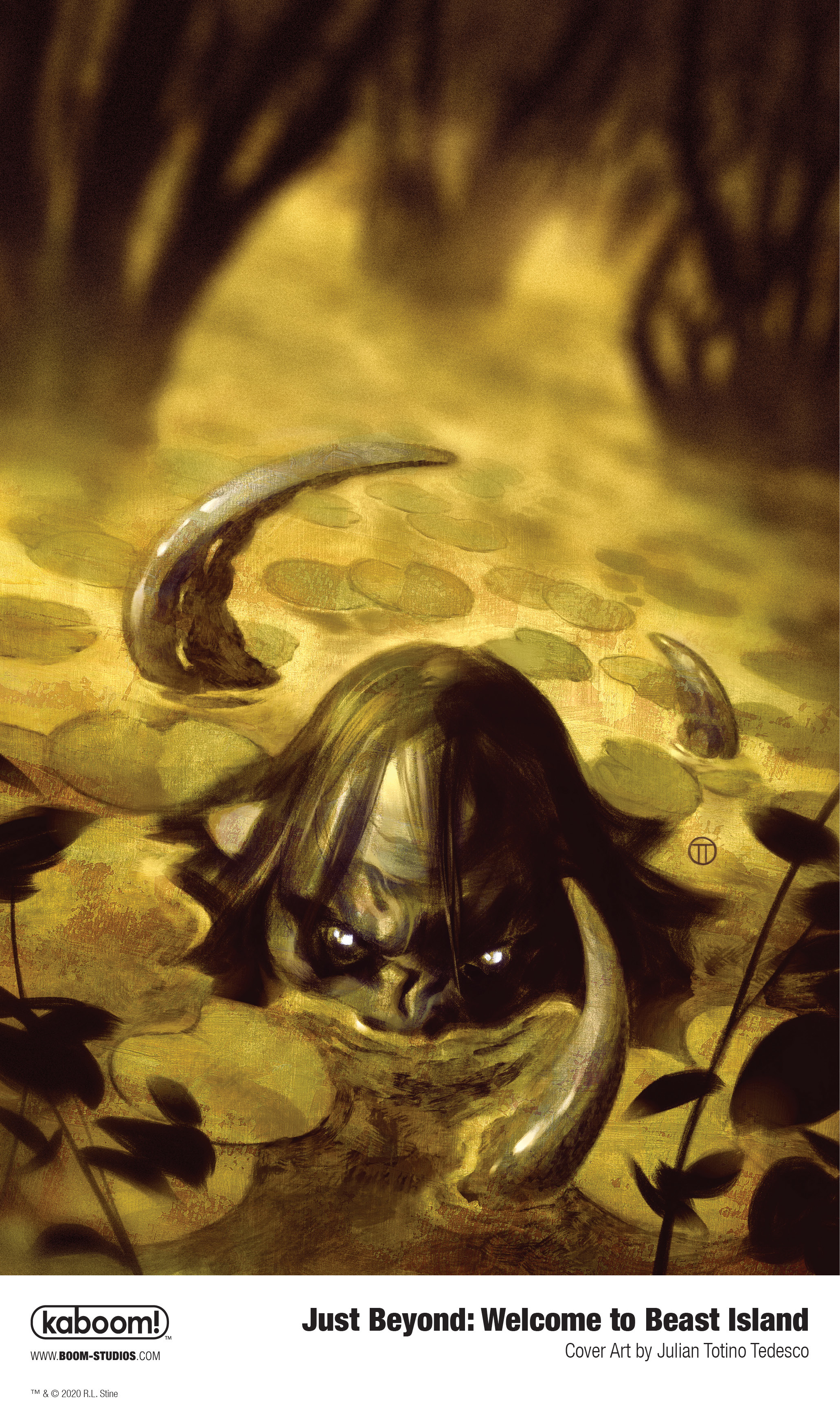 Trips to exotic islands can be more exhausting than relaxing sometimes, and on the island of Mala Suerte, they’re a real beast! Karla and her little brother Benny accompany their Uncle Bill on a scientific expedition to study unidentified species on the remote island but after a little “bad luck” they soon discover something terrifying and deadly living in the river swamp… With nowhere to run, will Karla, Benny, and Uncle Bill survive the unimaginable and harrowing horrors of the place aptly nicknamed BEAST ISLAND?

“Swamp monsters are horrifying to me. They rise up from the murky depths, bringing nothing but terror. With this story, I hope readers will feel like they are watching one of those timeless old-fashioned horror movies that make everyone shudder and scream,” said author R.L. Stine.

“R.L. Stine and Kelly & Nichole Matthews have already taken us JUST BEYOND with a twisted trip to a sinister school, and a camping trip turned ‘trying to survive alien body snatching.’ Now they’re leading the way to the deepest, darkest island swamp filled with beastly, unimaginable new horrors,” said Bryce Carlson, VP, Editorial & Creative Strategy, BOOM! Studios.“If readers think the first two books were scary, they are not prepared for what lies ahead in WELCOME TO BEAST ISLAND.”

Print copies of JUST BEYOND: WELCOME TO BEAST ISLAND will be available for sale in October 2020 at local comic book shops (use comicshoplocator.com to find the nearest one), bookstores or at the BOOM! Studios webstore. Digital copies can be purchased from content providers, including comiXology, iBooks, Google Play, and the BOOM! Studios app.

For more news on R.L. Stine’s JUST BEYOND and more from BOOM! Studios