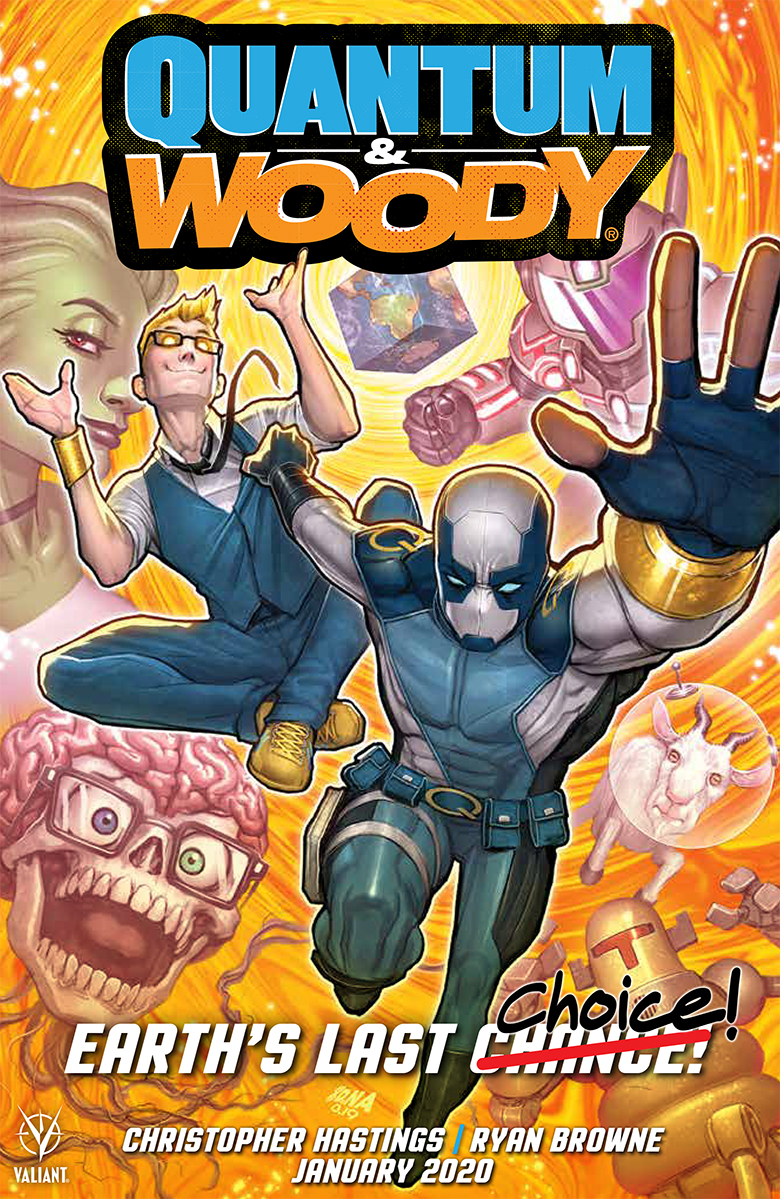 New York, NY (October 1st, 2019) –  Supervillains and mad scientists are on the loose and only the world’s worst superhero duo can save us in an all-new QUANTUM & WOODY series!

This January, superstar scribe CHRISTOPHER HASTINGS (The Unbelievable Gwenpool) and astonishing artist RYAN BROWNE (Curse Words) present QUANTUM & WOODY #1, a side-splitting superhero adventure and the first brand-new title from #VALIANT2020! Feast your eyes on fun pages from the debut issue below and enjoy the ride! 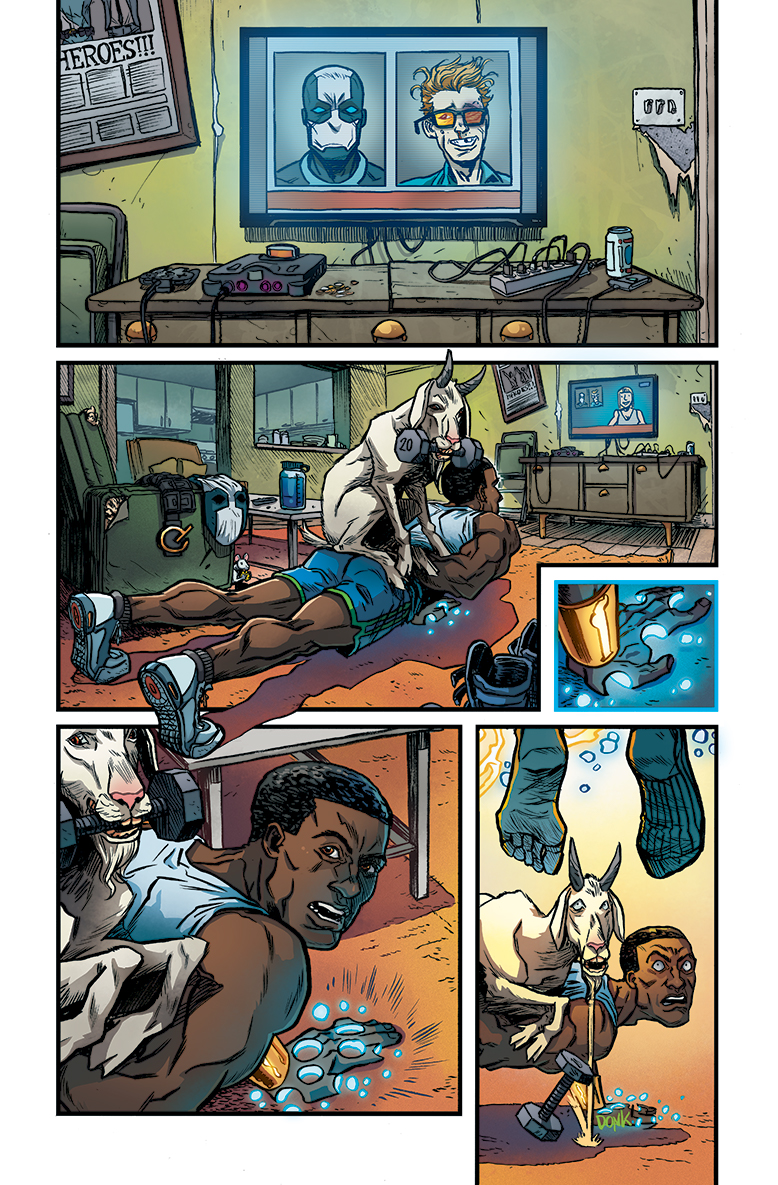 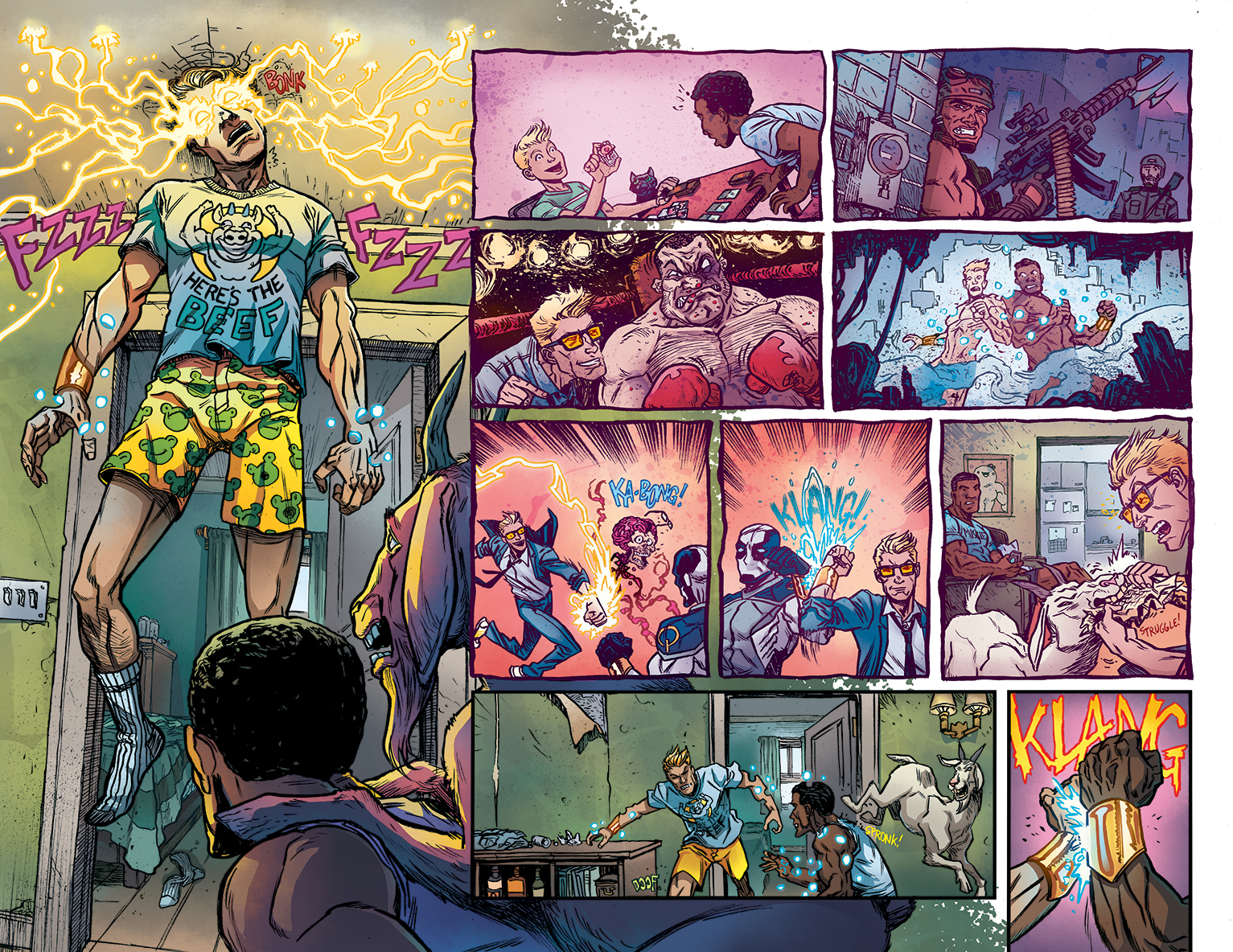 Christopher teased some of the wackiness that awaits readers: “They hunt a serial kidnapper, they clash with a brain monster, they stop government assassinations, they go undercover at a haunted high school, they take on a new mentor, and perhaps most excitingly… they get some new powers.”

As you can clearly see in the preview pages, Ryan’s having a total blast bringing Christopher’s script to life. The artist stated, “Comics should be fun! And this comic (spoiler alarm) will be fun!” 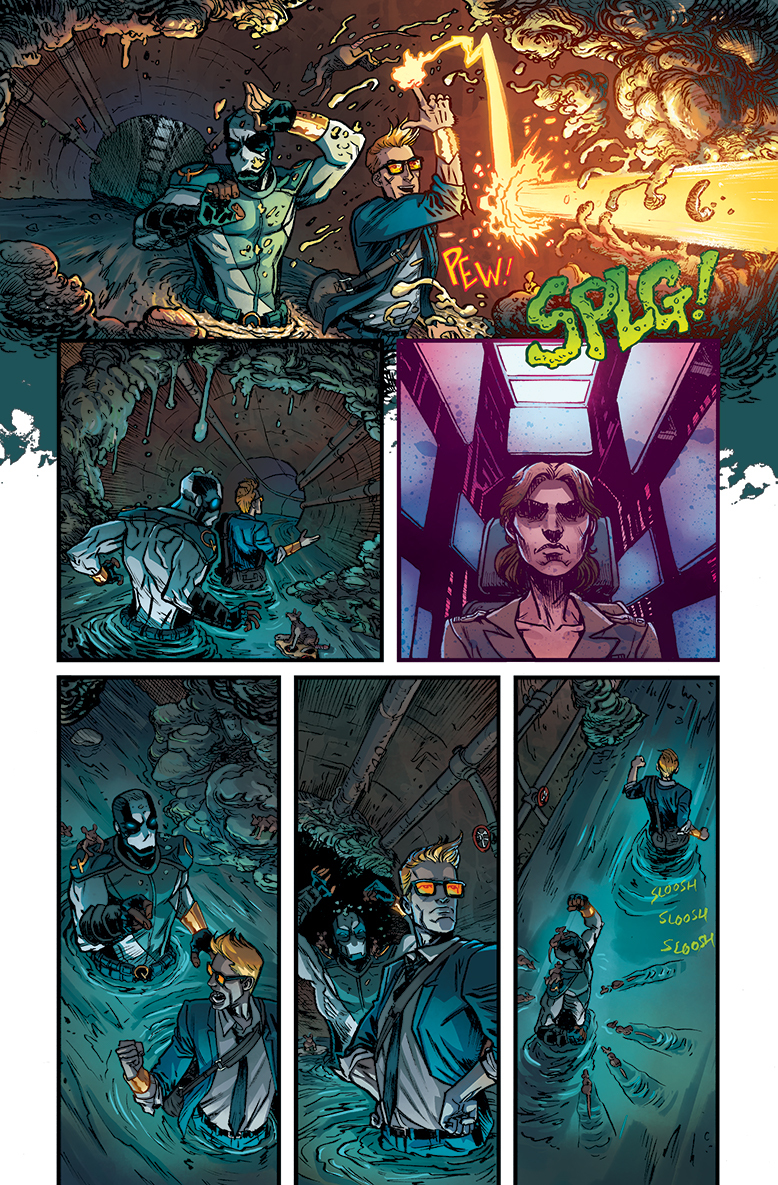 Editor HEATHER ANTOS explained why this is going to be next year’s must-read comedy comic. “It’s safe to say that 2020 will see the wildest and craziest journey that Eric & Woody Henderson have been on yet – with new villains, new powers, and new betrayals that will forever change the Valiant Universe’s opinion of mad science. I, for one, can’t wait.”