TidalWave has profiled politicians for more than eleven years using the unique storytelling properties of comic books. The latest entry into their popular series is a biography of Volodymyr Zelensky. “Political Power: Volodymyr Zelensky” is now available in Spanish for the first time with a new cover. 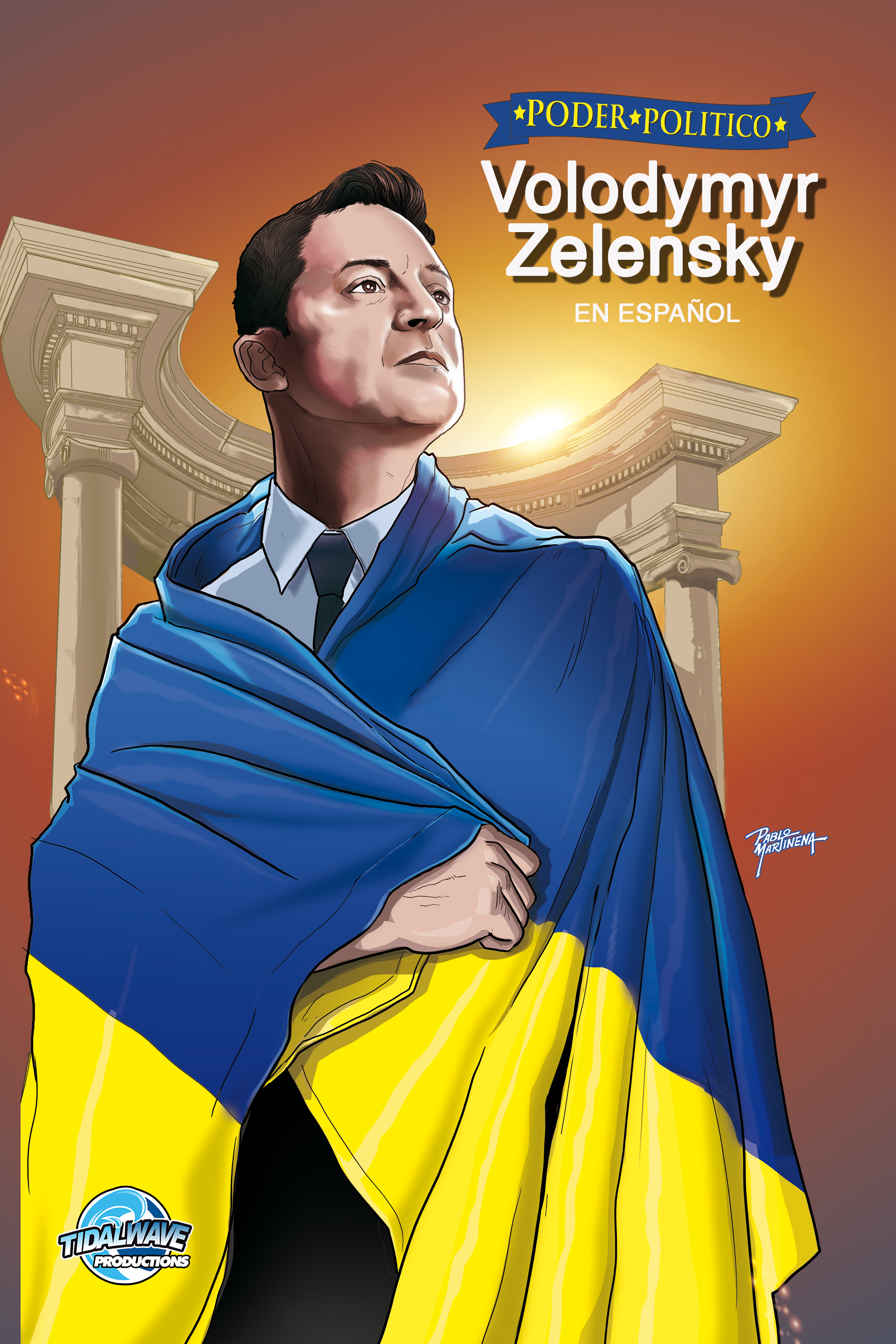 A former actor and comedian, Volodymyr Oleksandrovych Zelensky serves as the sixth president of Ukraine. At the height of his popularity on national television, playing the president in The Servant of the People, he unseated the incumbent president by running on an anti-corruption platform – and Russia watched. For years, tensions between Ukraine and Russia brewed as the larger nation aggressively annexed the Crimean peninsula while Ukrainians made social changes that distanced themselves from Russian norms.

“Writing about Zelenskyy was a challenge. We were developing the biography as Ukraine’s war with Russia began, but we decided not to focus solely on the war. Instead, we want our readers to understand the man.” said writer Michael Frizell.

“This book means a lot to me because of my Ukrainian heritage.  Both sets of my grandparents immigrated from Ukraine. I wanted to use this medium to not only tell a story but to somehow donate to the cause simultaneously,” said publisher Darren G. Davis. “It does not hurt that Volodymyr Zelensky has a fascinating story.”

“The figure of Zelensky is highly known, but one wonders where he came from, how he got here, and what will happen.  Being part of the creative team of this title allowed me these answers,” Said artist Pablo Martinena.

The biography comic format allows TidalWave’s writers to delve into the history of newsworthy figures and explore what shaped them. Several media outlets, including CNN, FOX News, The Today Show, Time, and People, have featured the company’s line of biographical comic books.

“As a reluctant reader, I found the comic book form easy to access, so I always believed comics could both entertain and teach,” Davis said.

Print copies of the biography comics are available on Amazon. Digital versions are available from iTunes, Kindle, Nook, ComiXology, Kobo, and wherever e-books are sold.