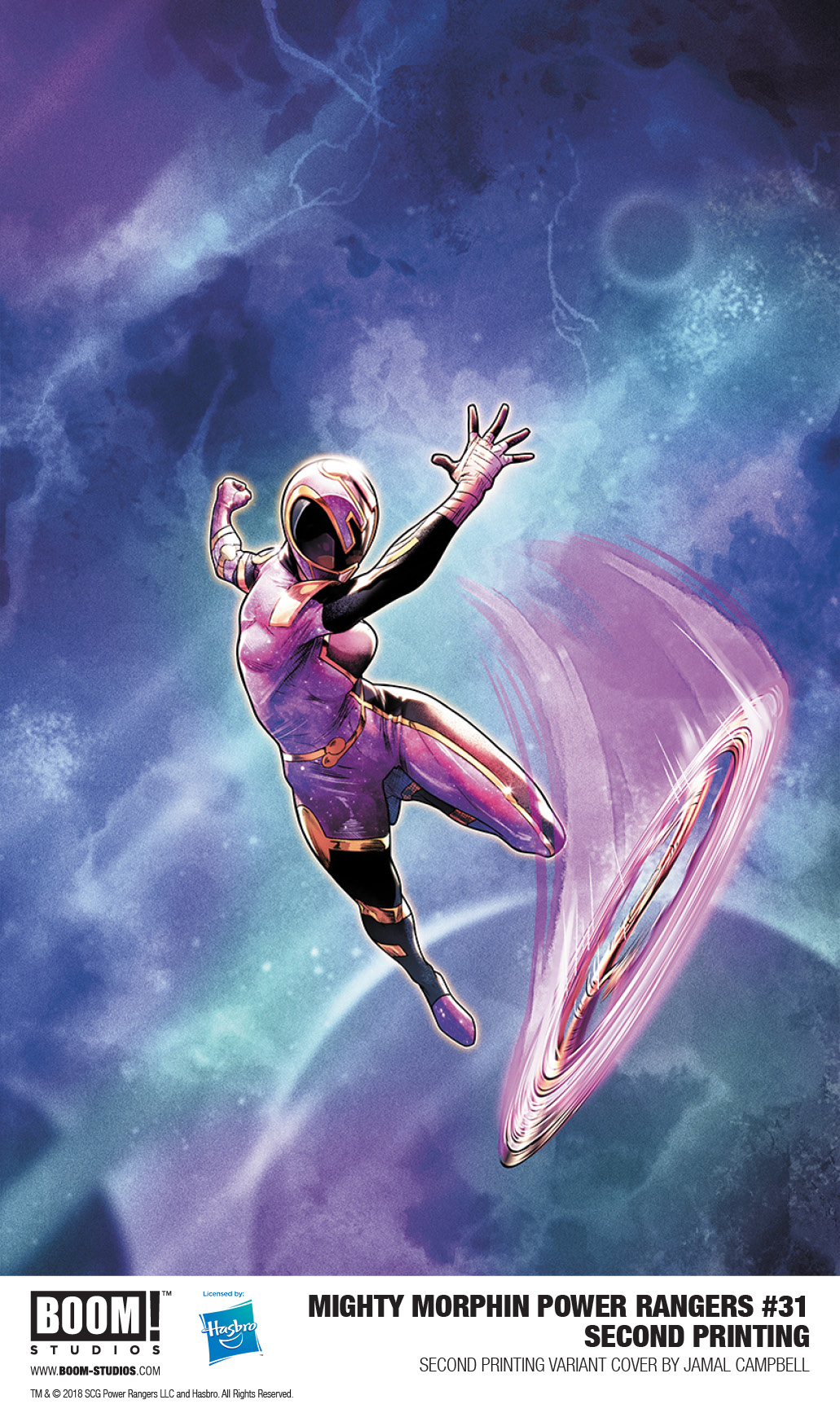 To meet the demand, MIGHTY MORPHIN POWER RANGERS #31 SECOND PRINTING VARIANT will arrive in stores on November 21st with an all-new cover by Jamal Campbell (Naomi) featuring the Solar Ranger!

After the stunning conclusion to the hit comic book event Power Rangers: Shattered Grid, an all-star team of Power Rangers are drawn together from across time and space to combat a never-before-seen evil. As they fight to prove to themselves and each other that they have what it takes to survive in a dangerous new environment, these iconic Power Rangers must defeat the onslaught of an unfamiliar, terrifying new villain.

Print copies of MIGHTY MORPHIN POWER RANGERS #31 SECOND PRINTING VARIANT will be available on November 21st at local comic book shops (use comicshoplocator.com to find the one nearest you), or at the BOOM! Studios webstore. Digital copies can be purchased from content providers like comiXology, iBooks, Google Play, and the BOOM! Studios app.

Currently, Power Rangers is celebrating 25 continuous years on the air, making it one of the longest running kids live-action series in television history with nearly 900 episodes aired to date. Created by Haim Saban and launched in 1993 with Mighty Morphin Power Rangers, the franchise celebrates its milestone anniversary year with the 25th season, Power Rangers: Super Ninja Steel currently airing on Saturdays at 12 p.m. (ET/PT) on Nickelodeon in the U.S.