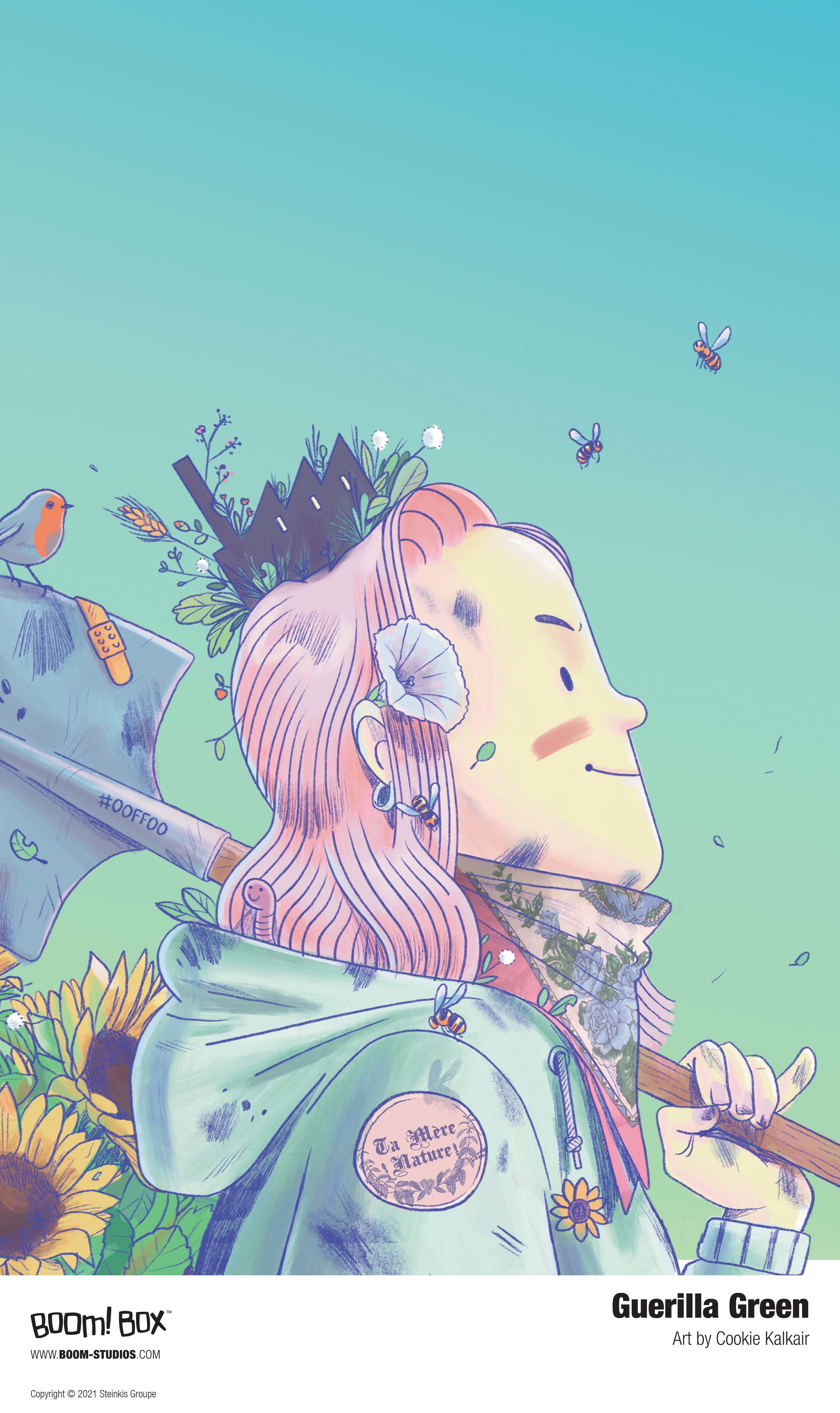 LOS ANGELES, CA (January 21, 2021) – BOOM! Studios today revealed a first look of GUERILLA GREEN, the new original graphic novel from the acclaimed team of Cookie Kalkair & Ophélie Damblé about a thirty-year-old city-dweller who’s joined the guerilla gardening movement, which has been fighting for decades to bring more green back into cities that increasingly resemble concrete jungles, available in April 2021.

Ophélie’s putting the guerillas’ motto into action by reviving the true spirit of her city and showing everyone the true nature of their world! Explore the real world of the guerilla gardening movement that teaches us the principles of making our cities more beautiful and sustainable places, one plant at a time.

Print copies of GUERILLA GREEN will be available for sale on April 7, 2021 at local comic book shops (use comicshoplocator.com to find the nearest one )and on April 13, 2021 at bookstores or at the BOOM! Studios webstore. Digital copies can be purchased from content providers, including comiXology, iBooks, Google Play, and Madefire.

For more on GUERILLA GREEN and other projects from BOOM! Studios, stay tuned to www.boom-studios.com and follow @boomstudios on Twitter. 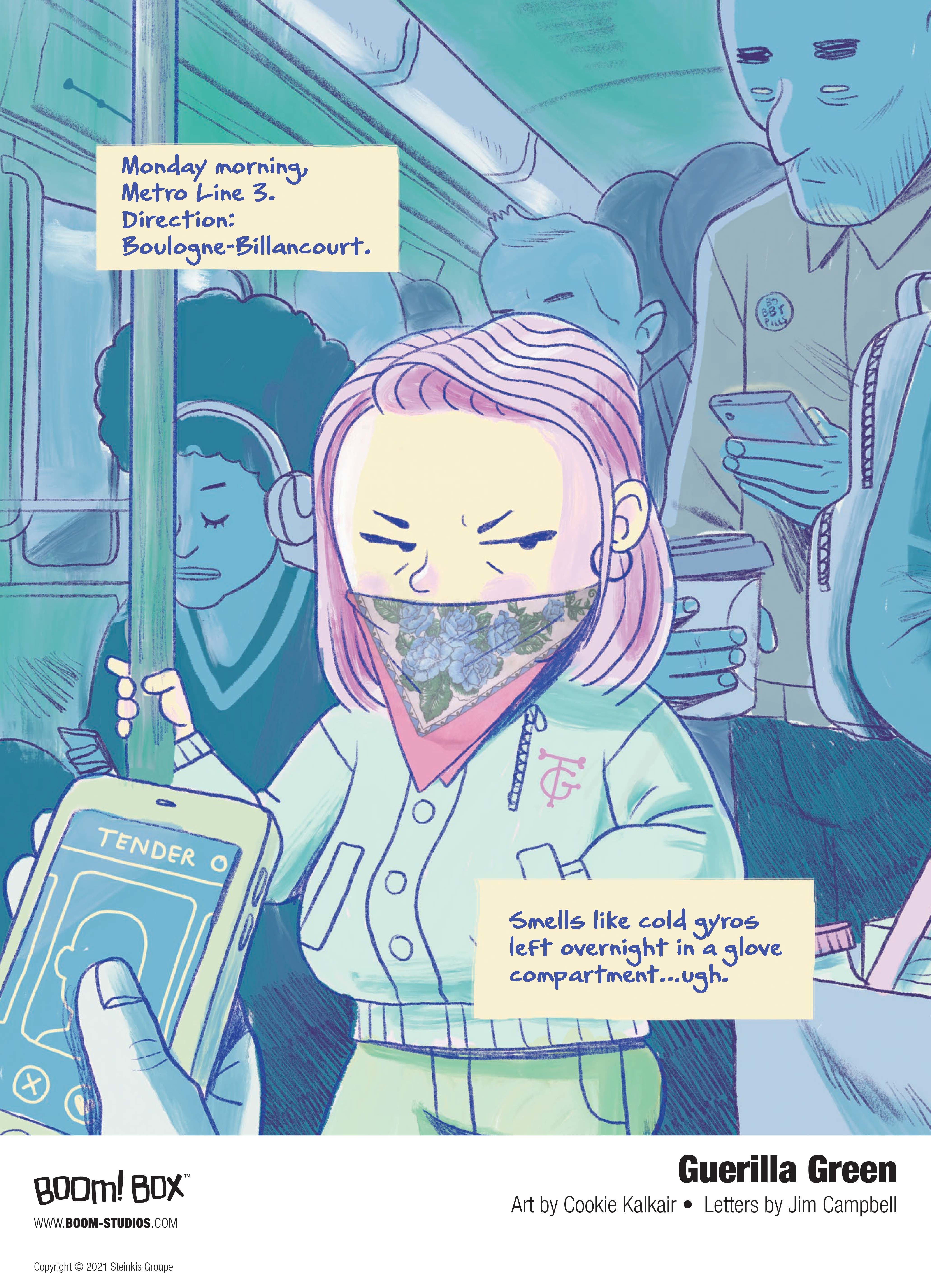 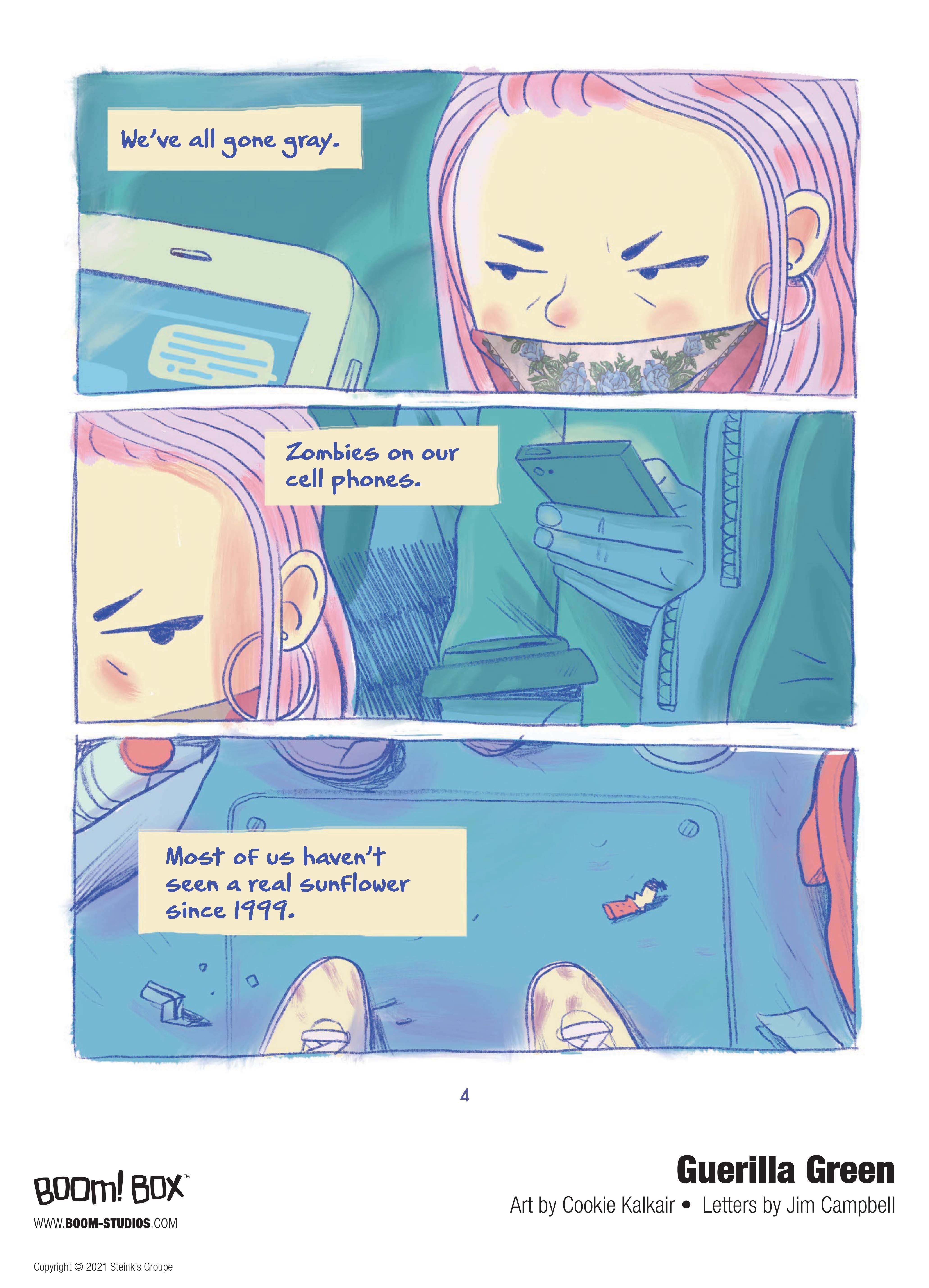 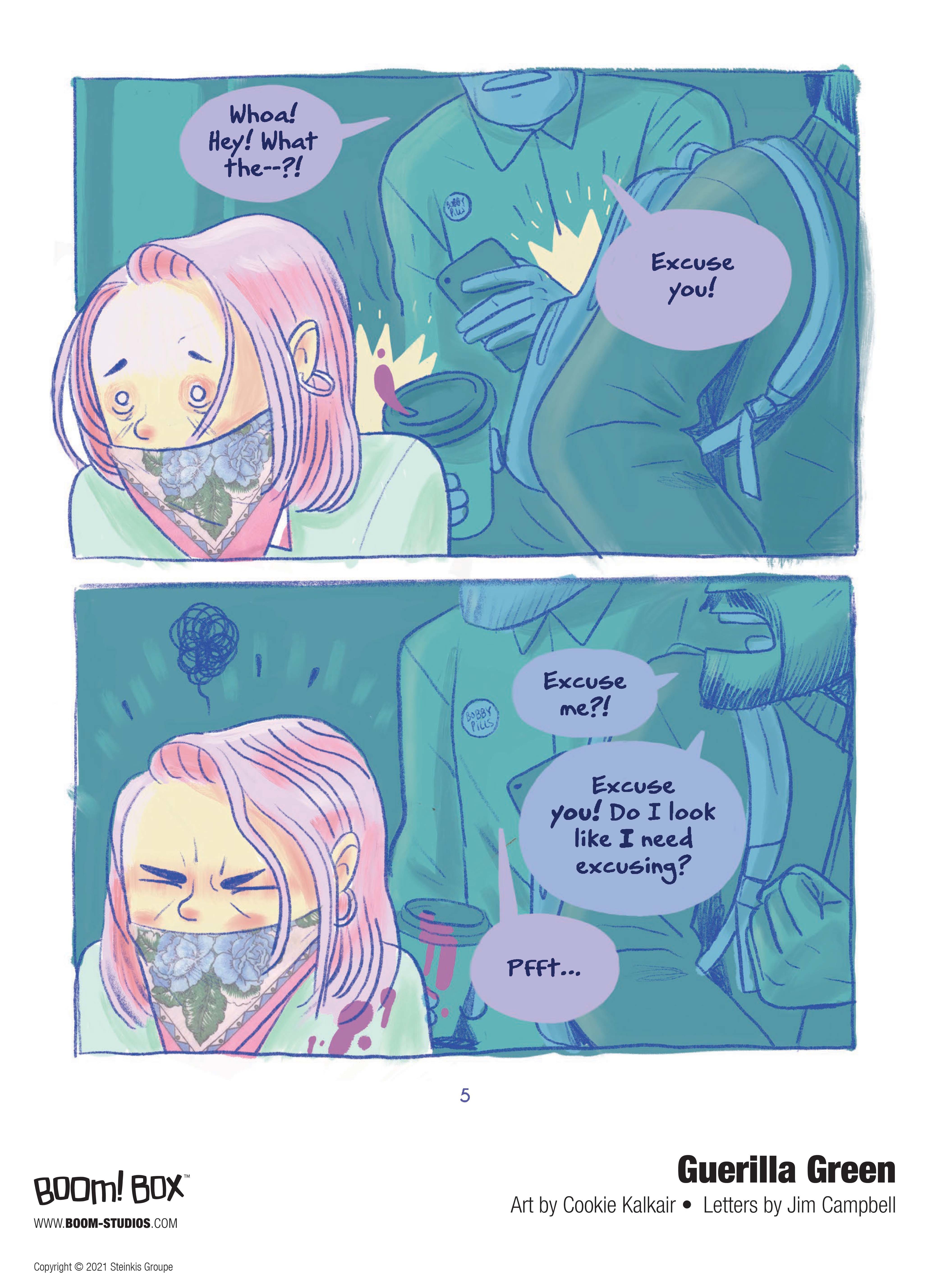 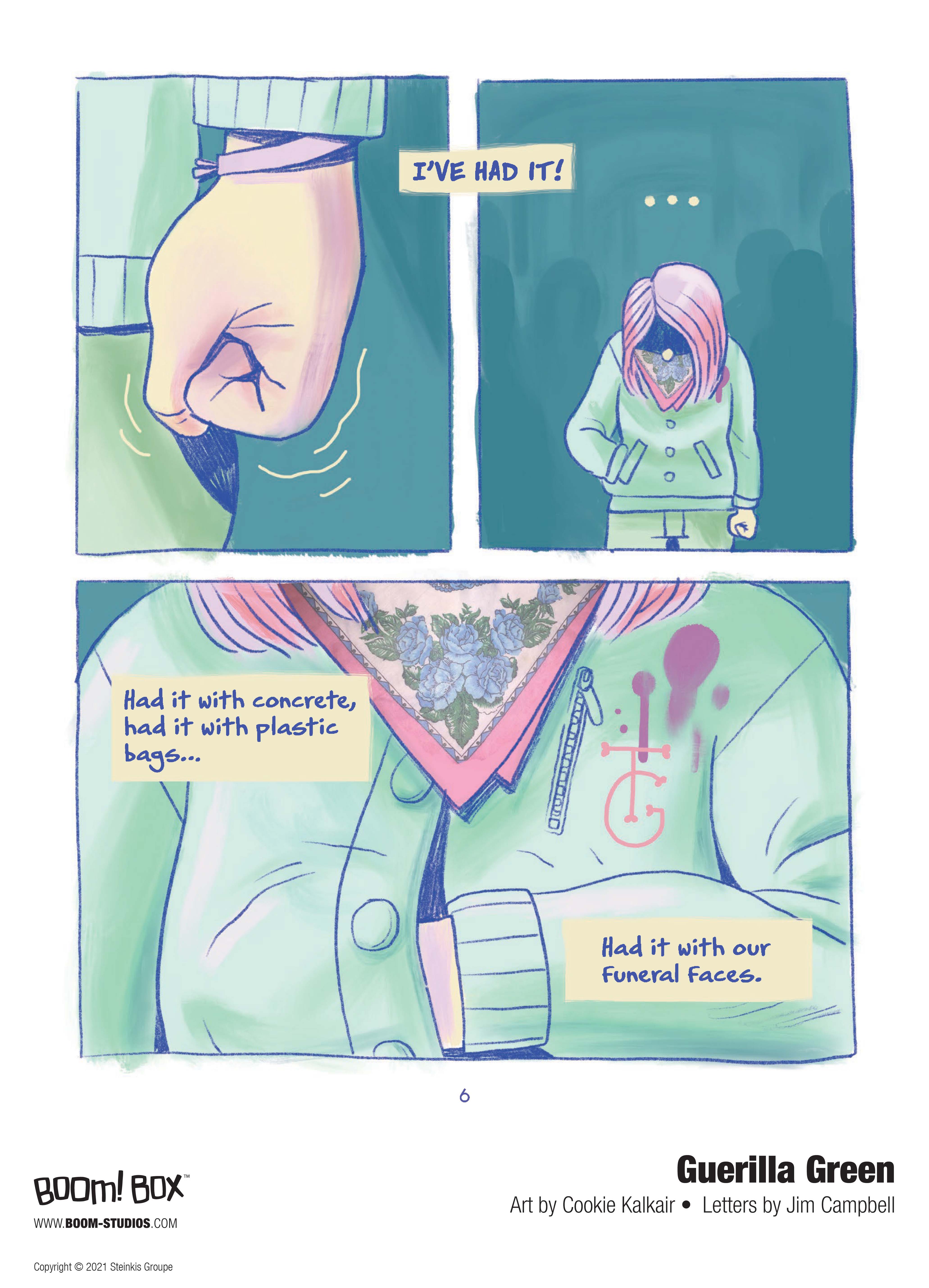 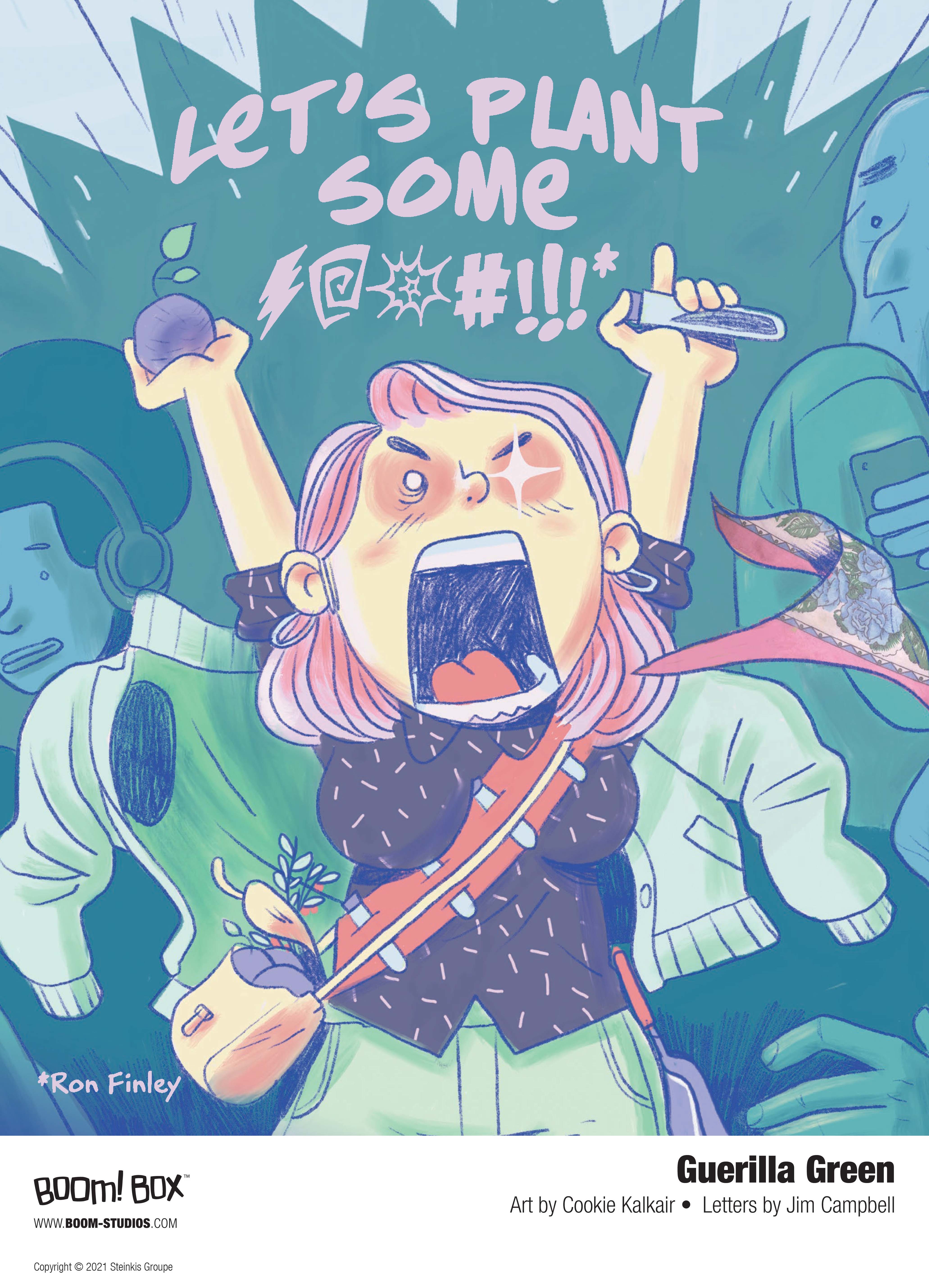 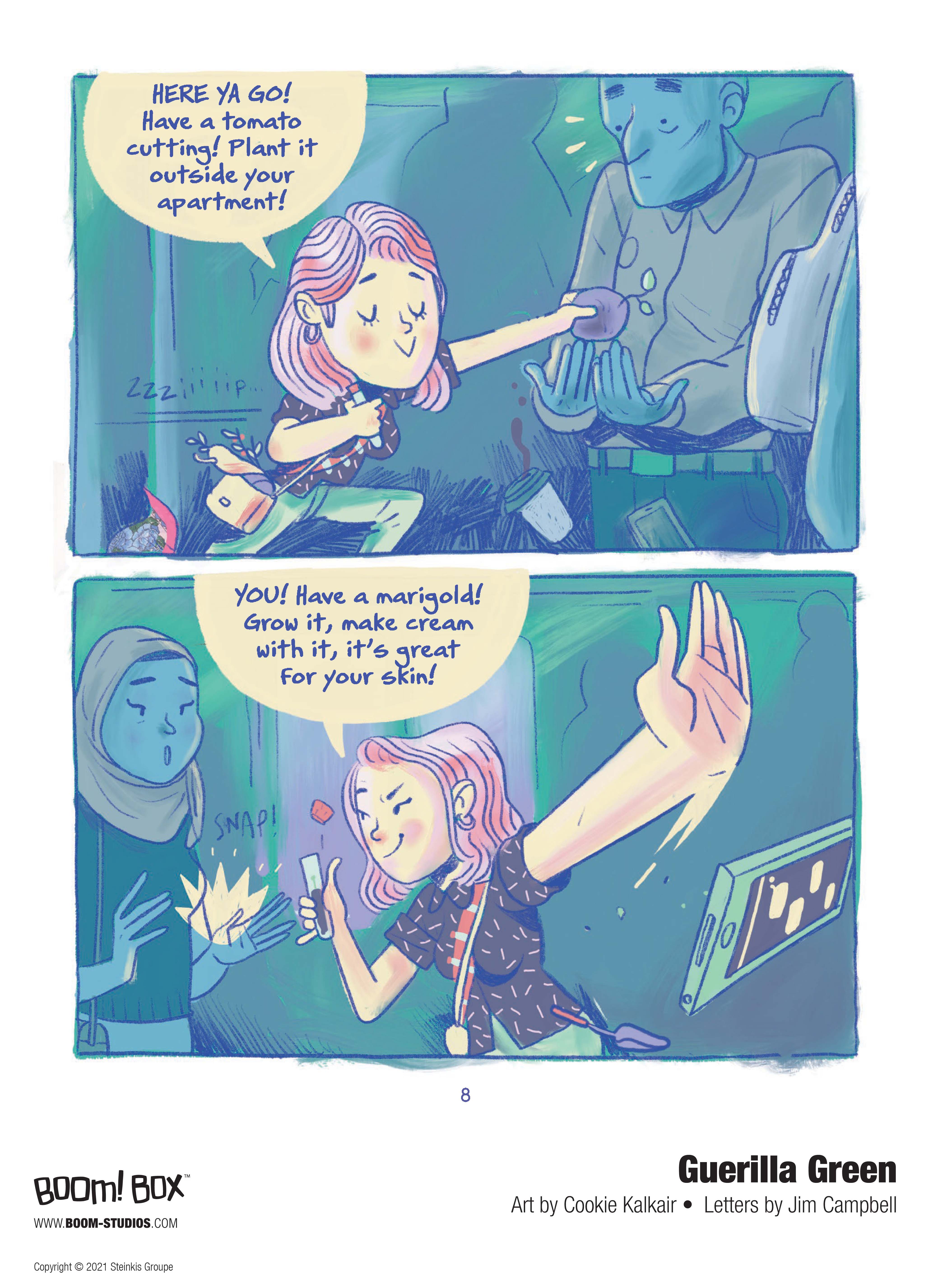 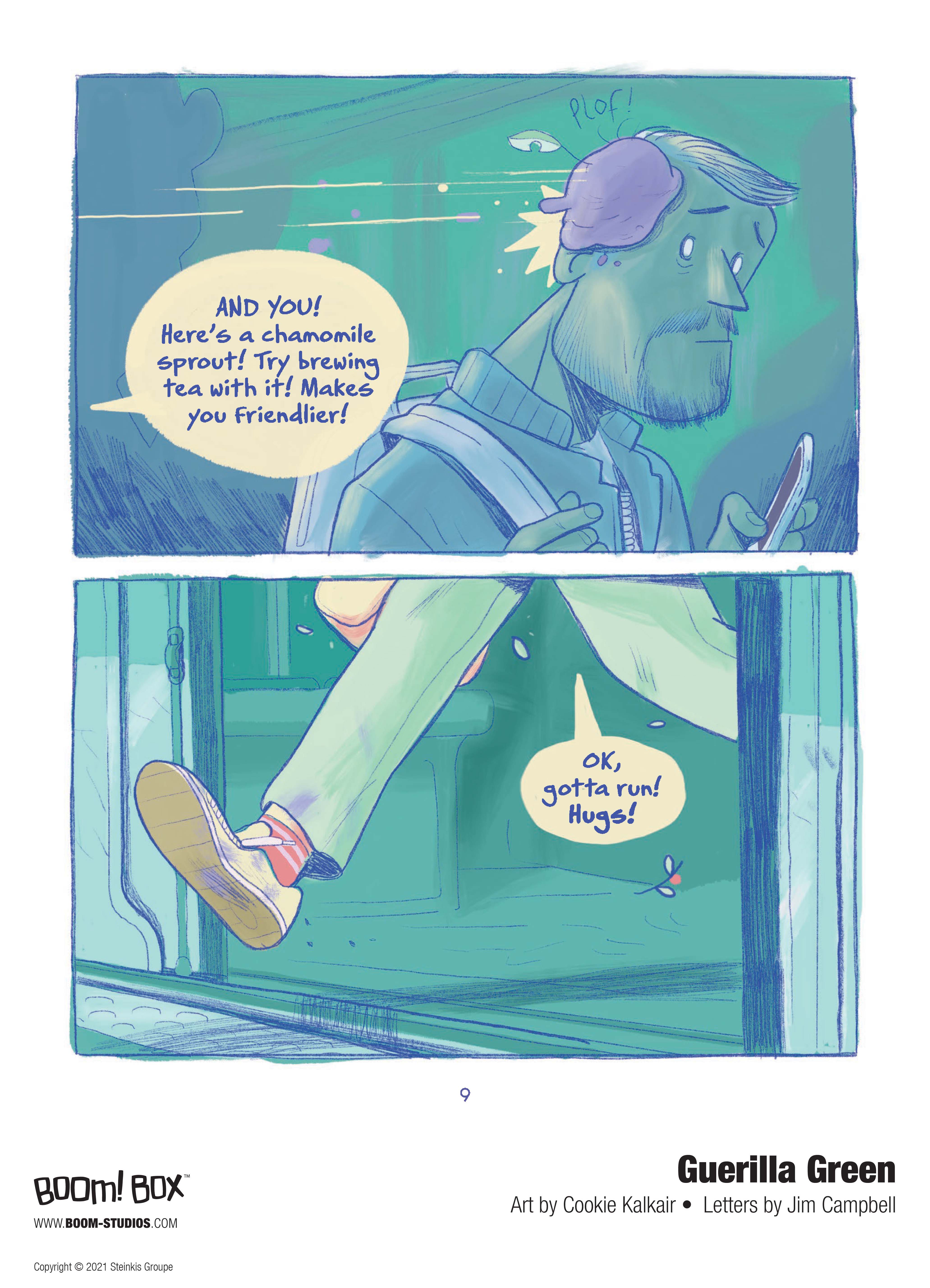 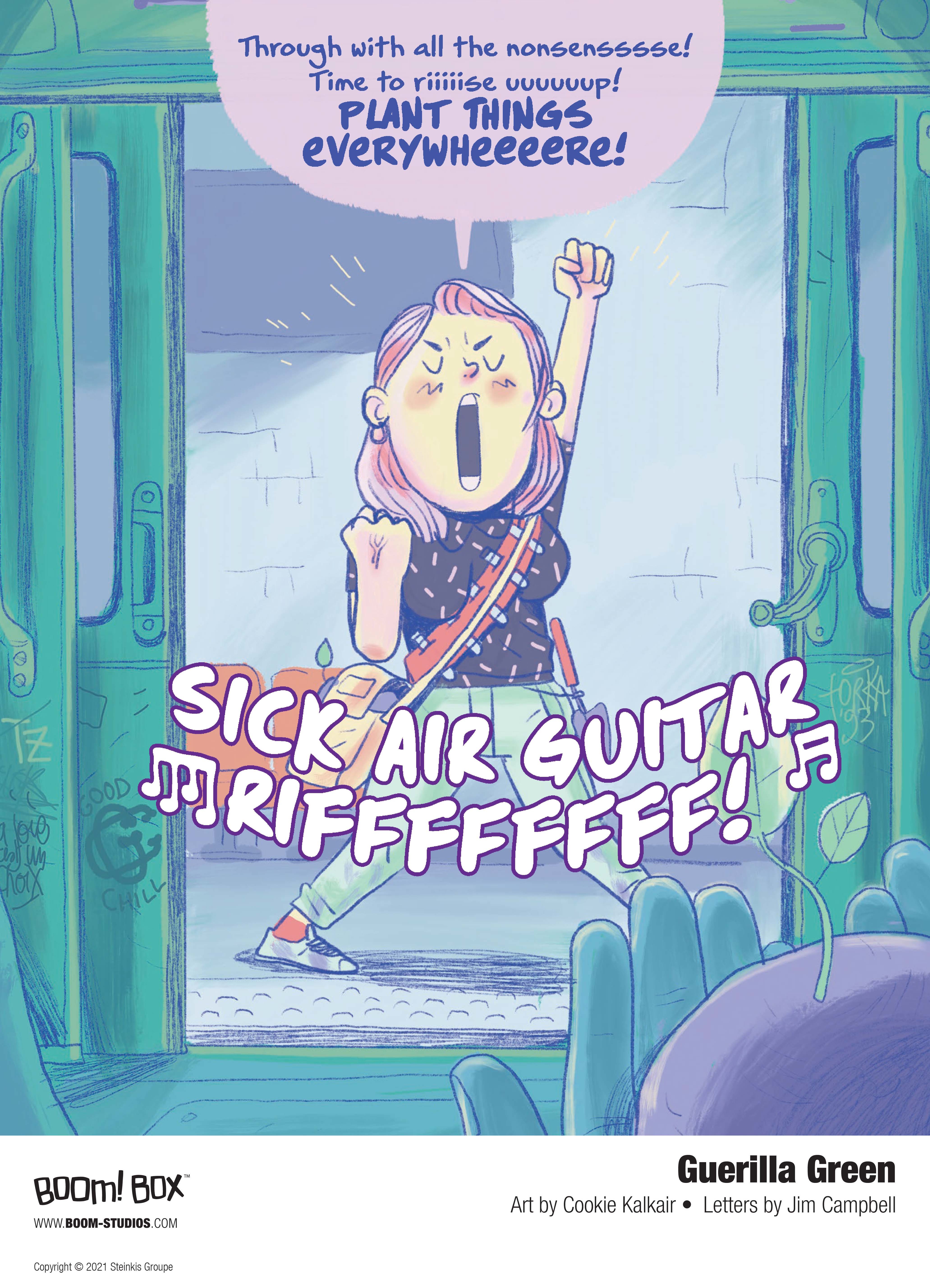