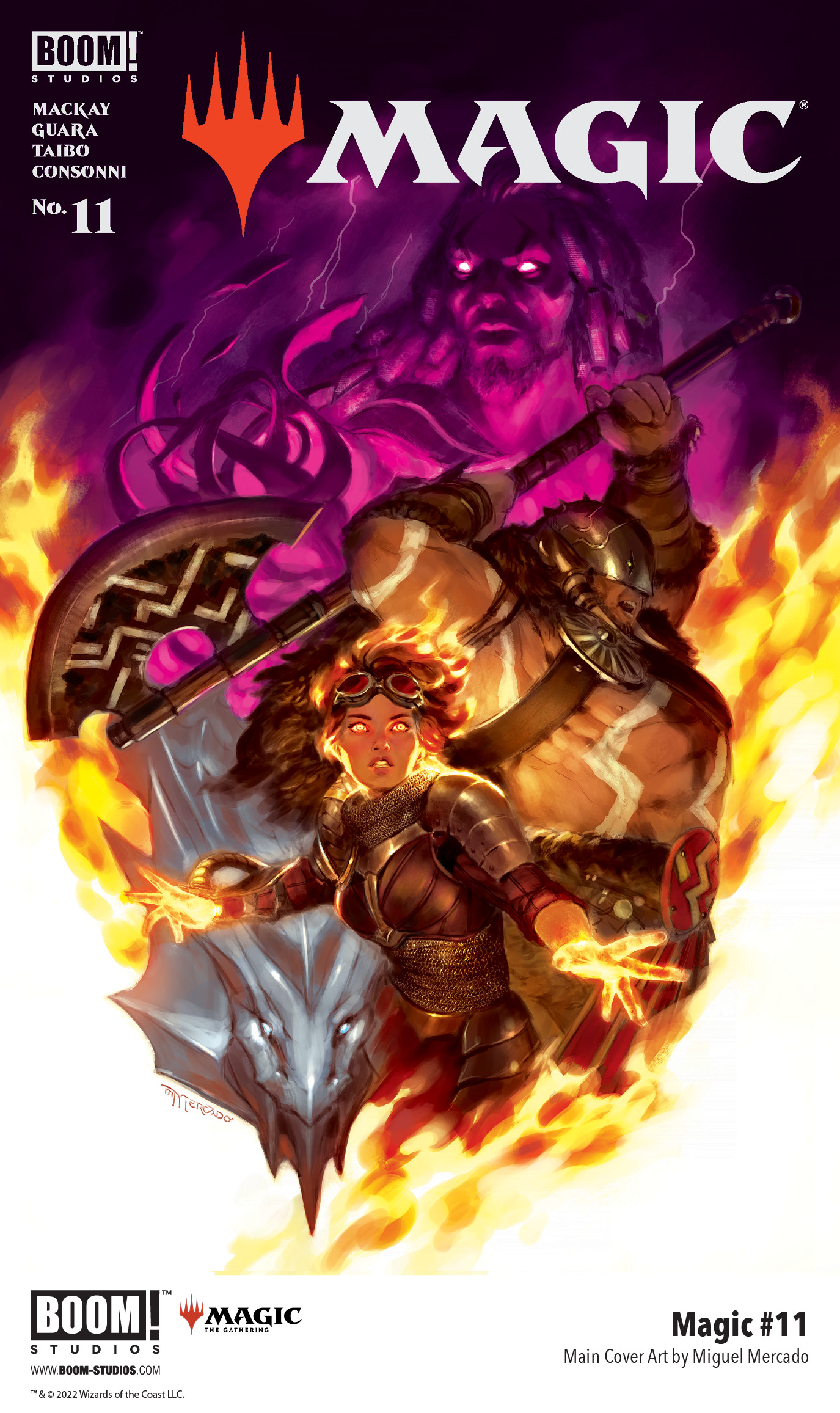 After paying the ultimate price to defeat the mad god, Marit Lage, Planeswalkers Ral Zarek, Kaya, and Vraska return to Ravnica… and the plane closes behind them! Now a new trio of Planeswalkers – the combustible Chandra Nalaar, the monster tracker Garruk Wildspeaker, and a debuting, mysterious Planeswalker – are locked out of Ravnica, and must find their way back! But even as they gain foes and friends in new corners of the Multiverse, things are worse there than anyone could imagine… as they uncover the plot of an old enemy to manipulate aether on a scale never seen before!

Print copies of MAGIC #11 will be available for sale on February 9, 2022 exclusively at local comic book shops (use comicshoplocator.com to find the nearest one) or at the BOOM! Studios webstore. Digital copies can be purchased from content providers, including comiXology, iBooks, Google Play, and Kindle. 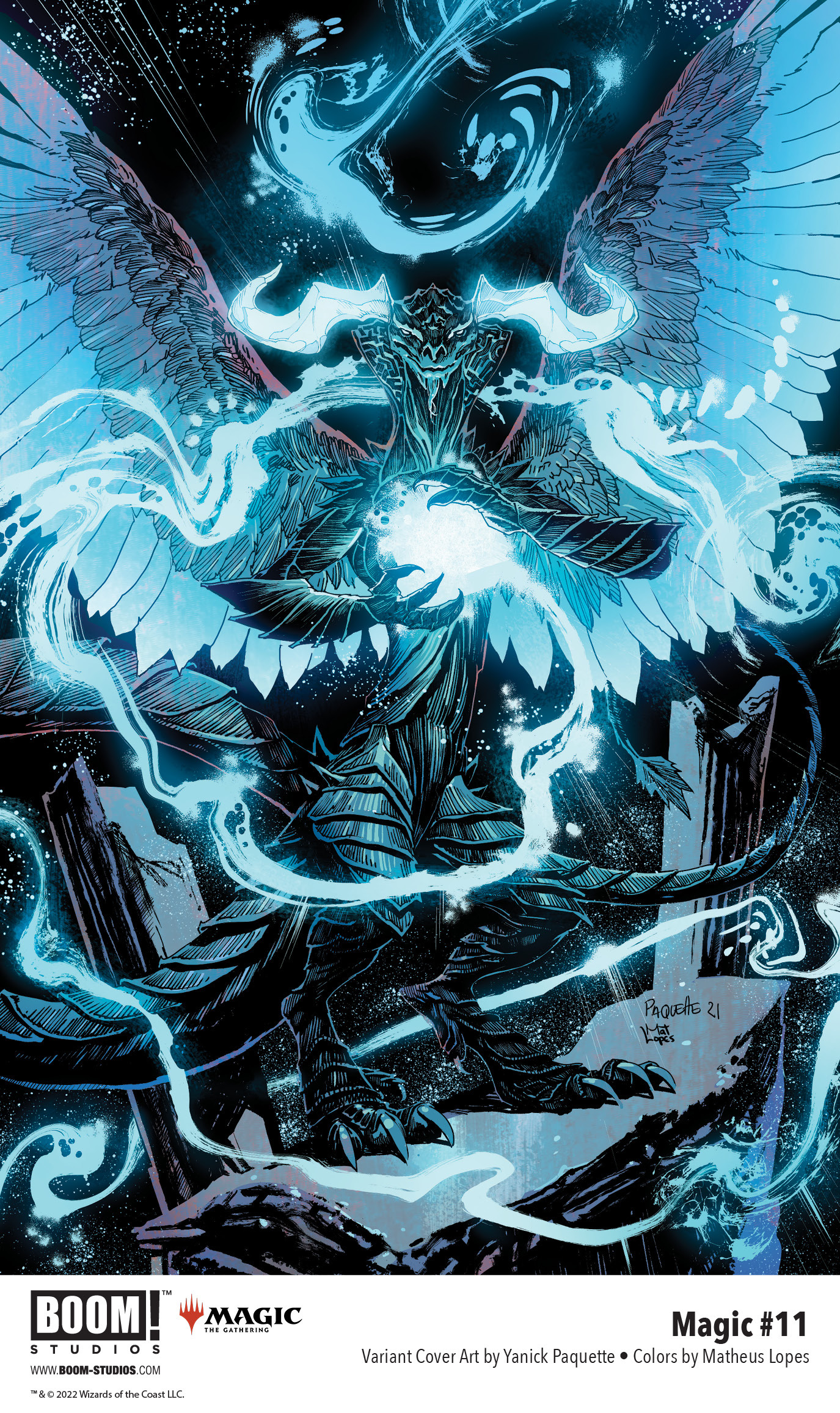 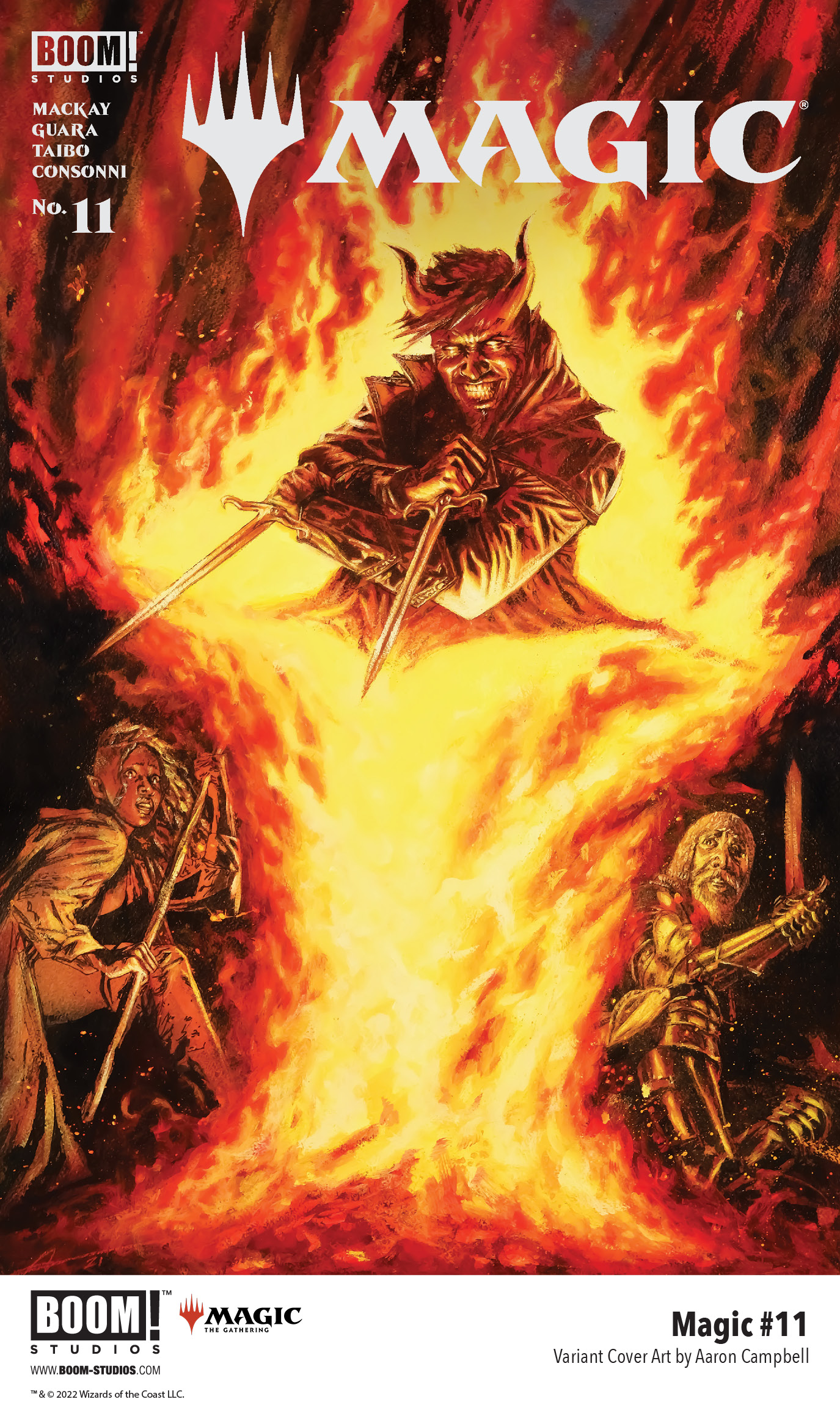 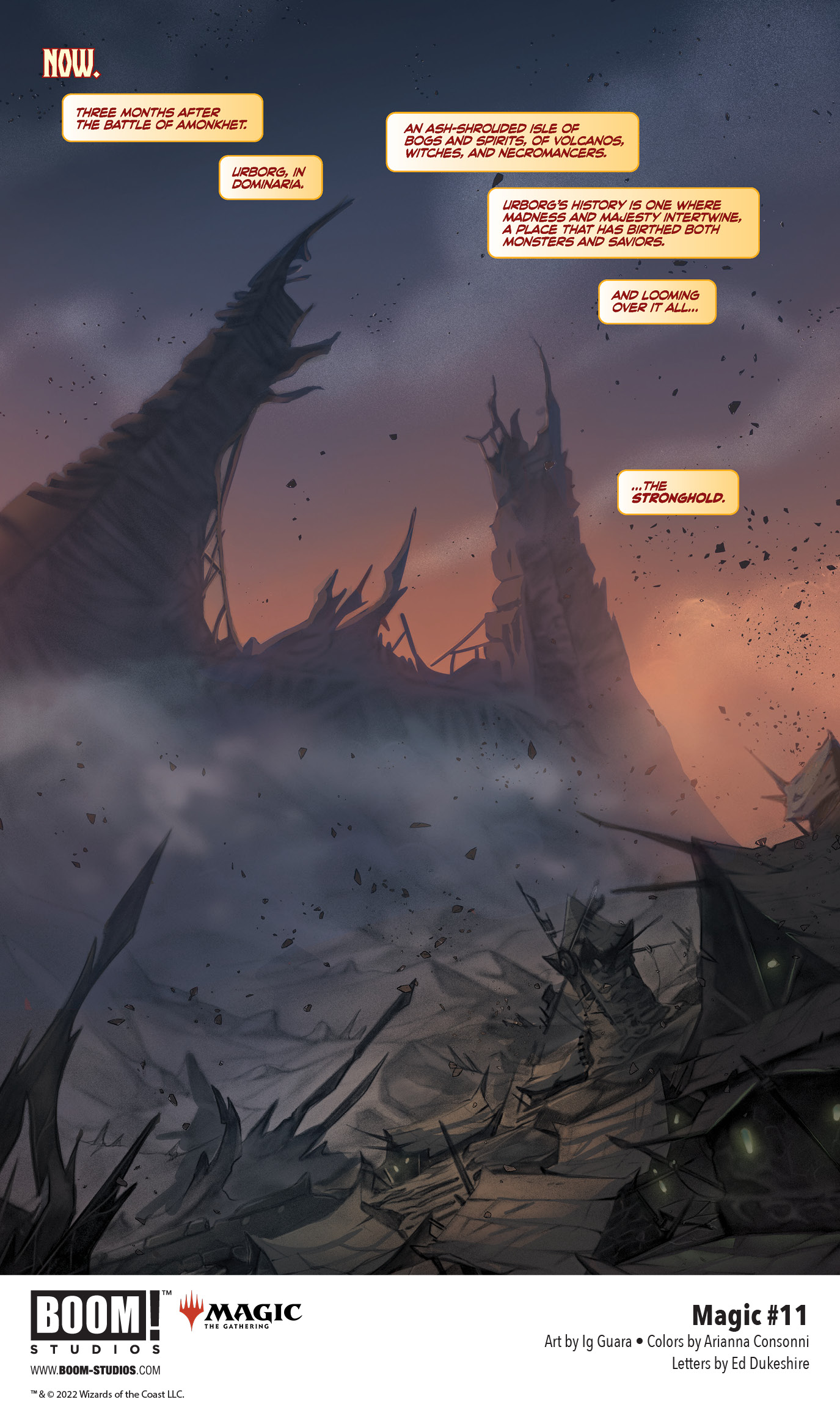 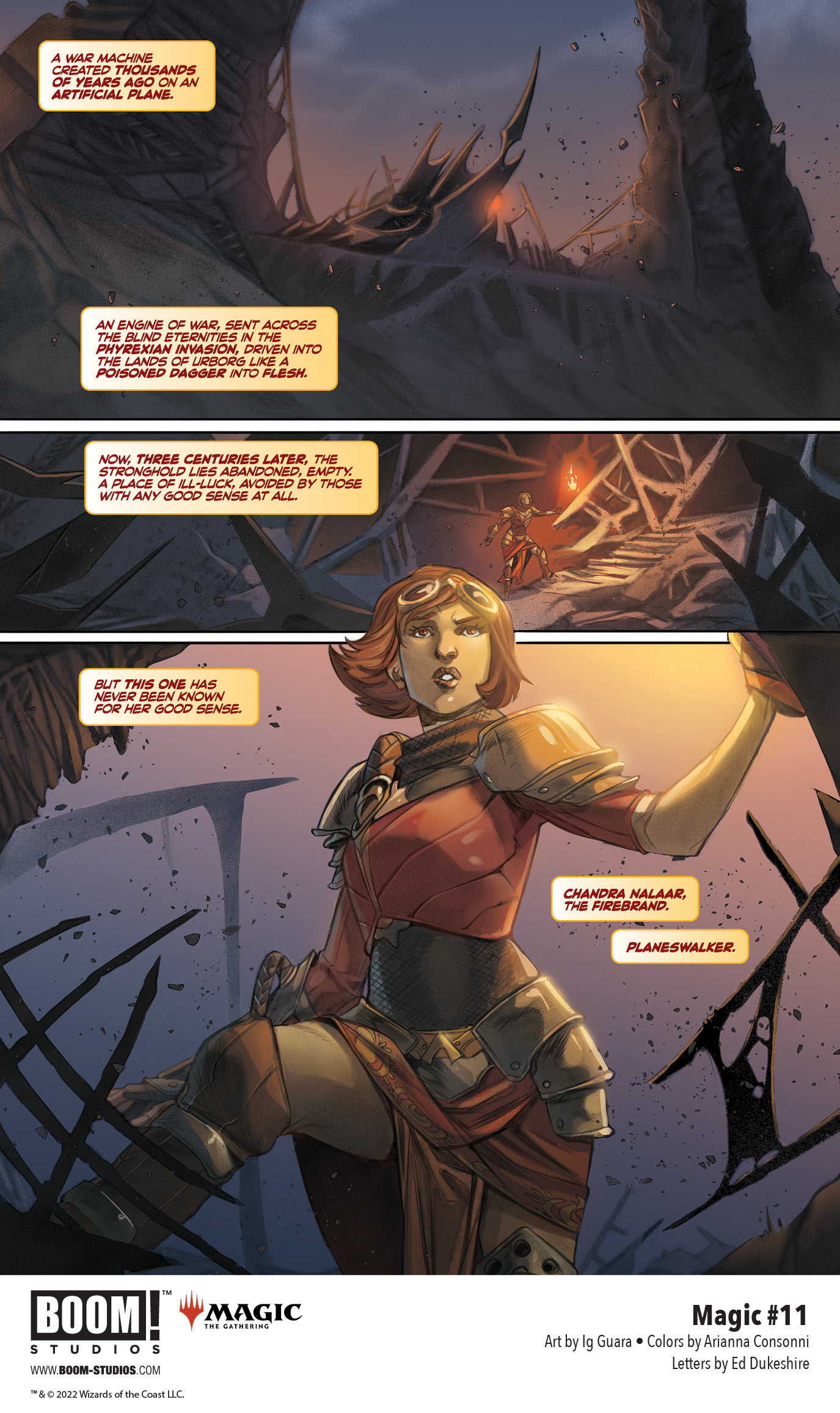 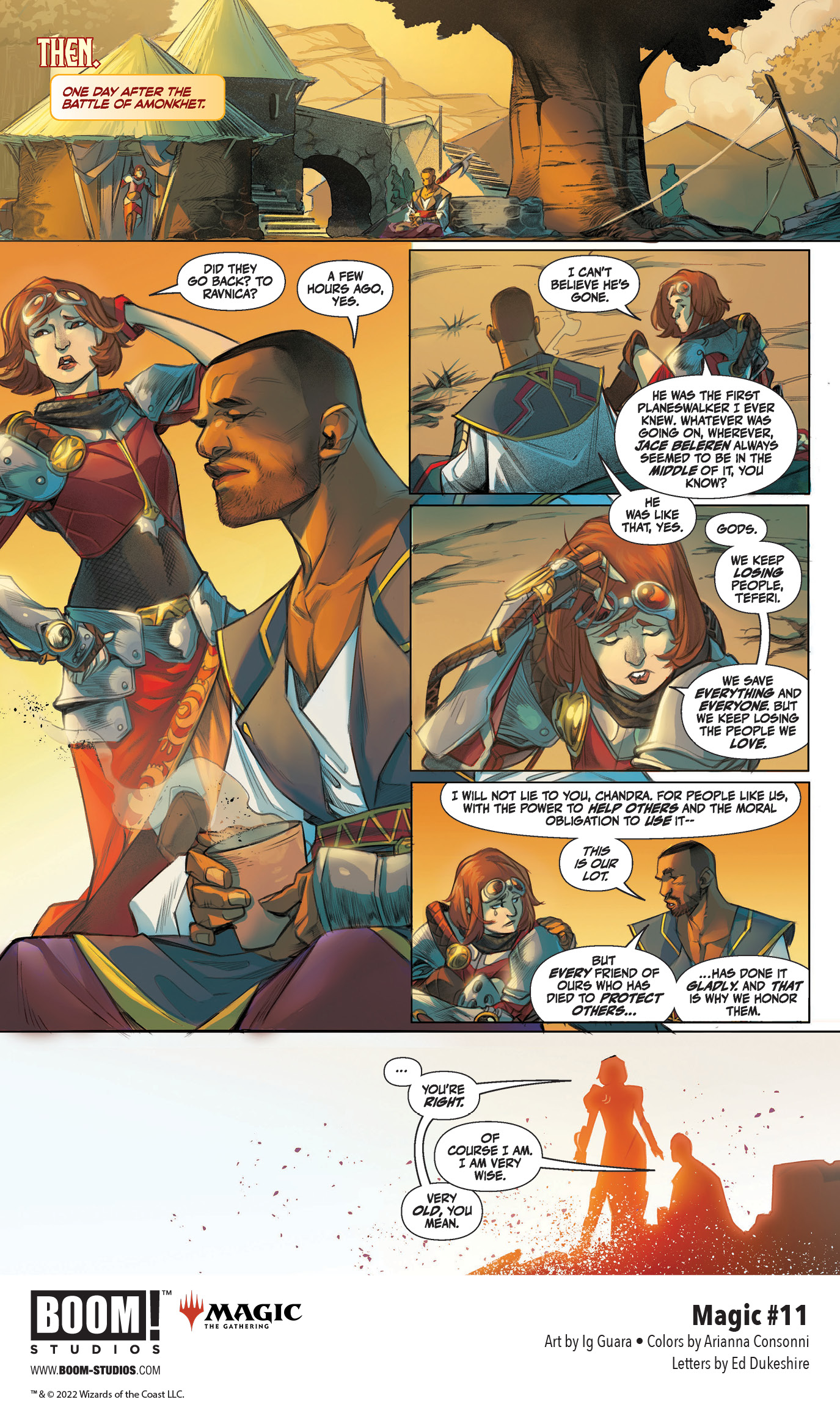 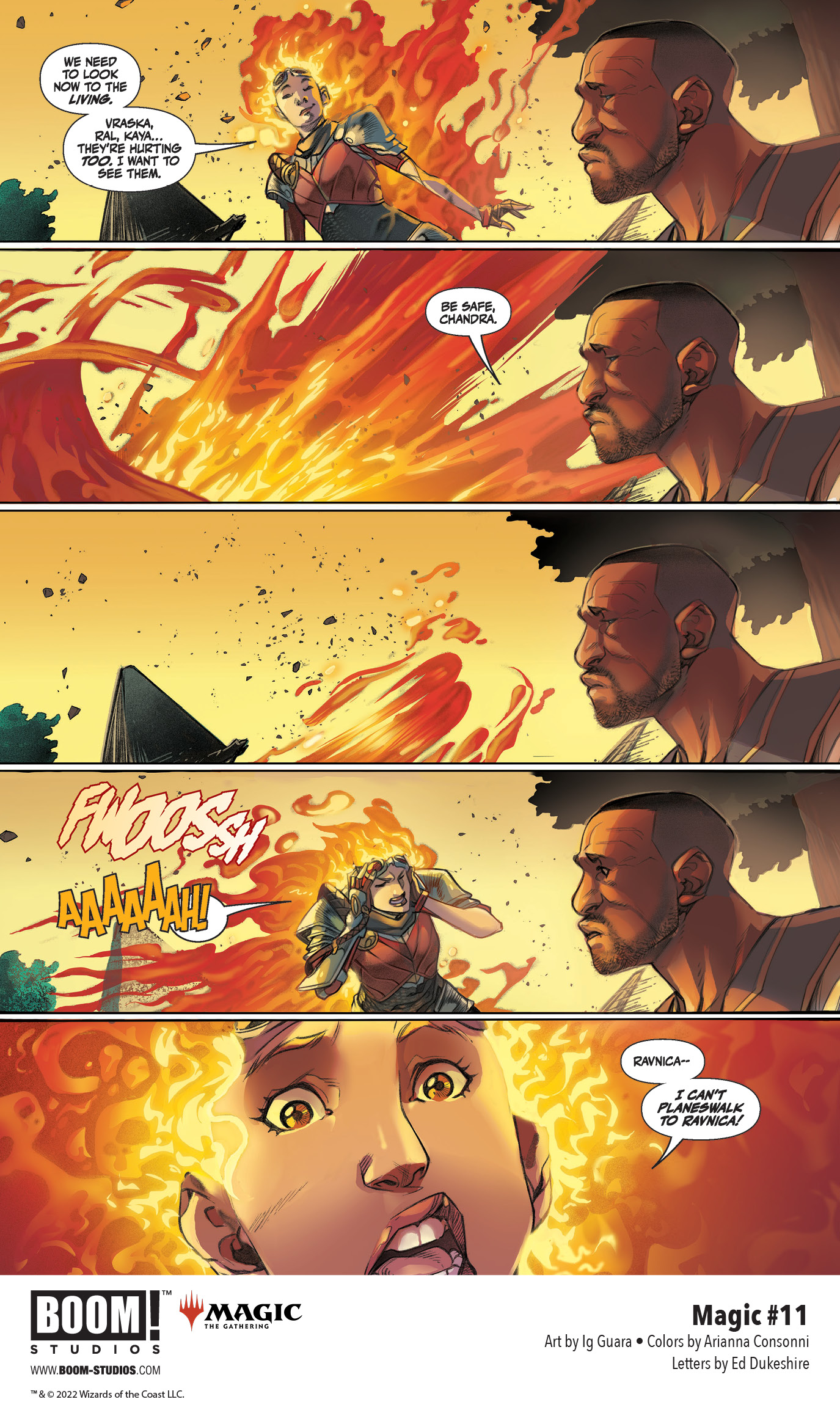 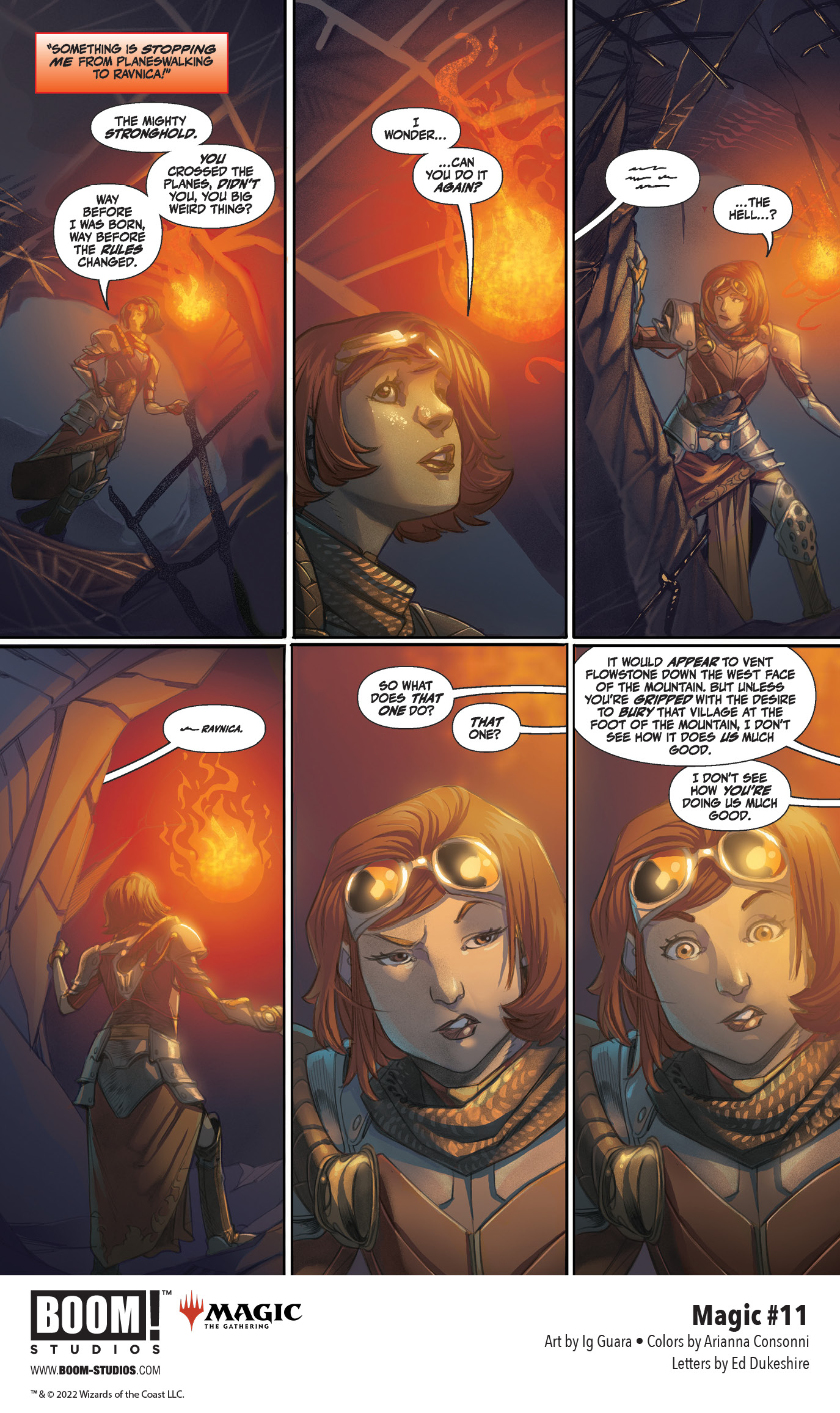 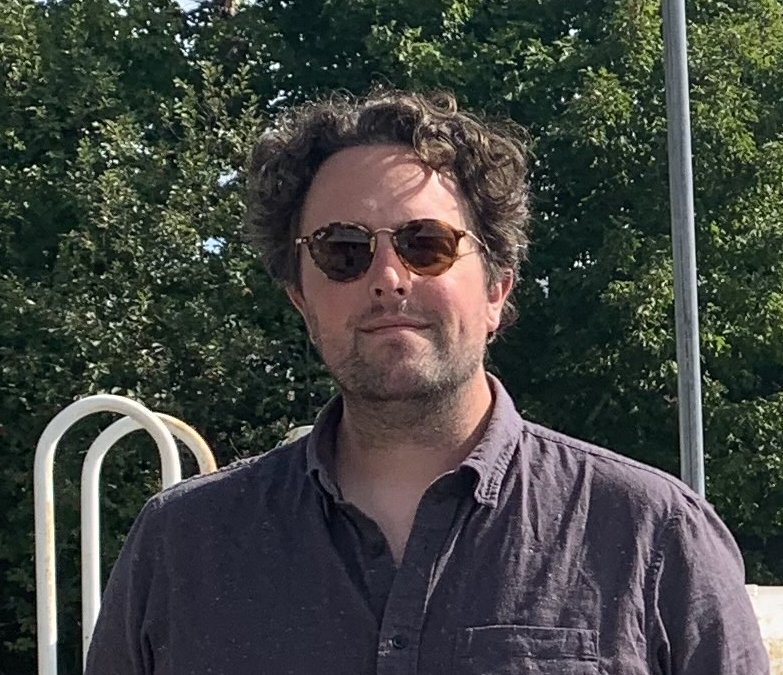 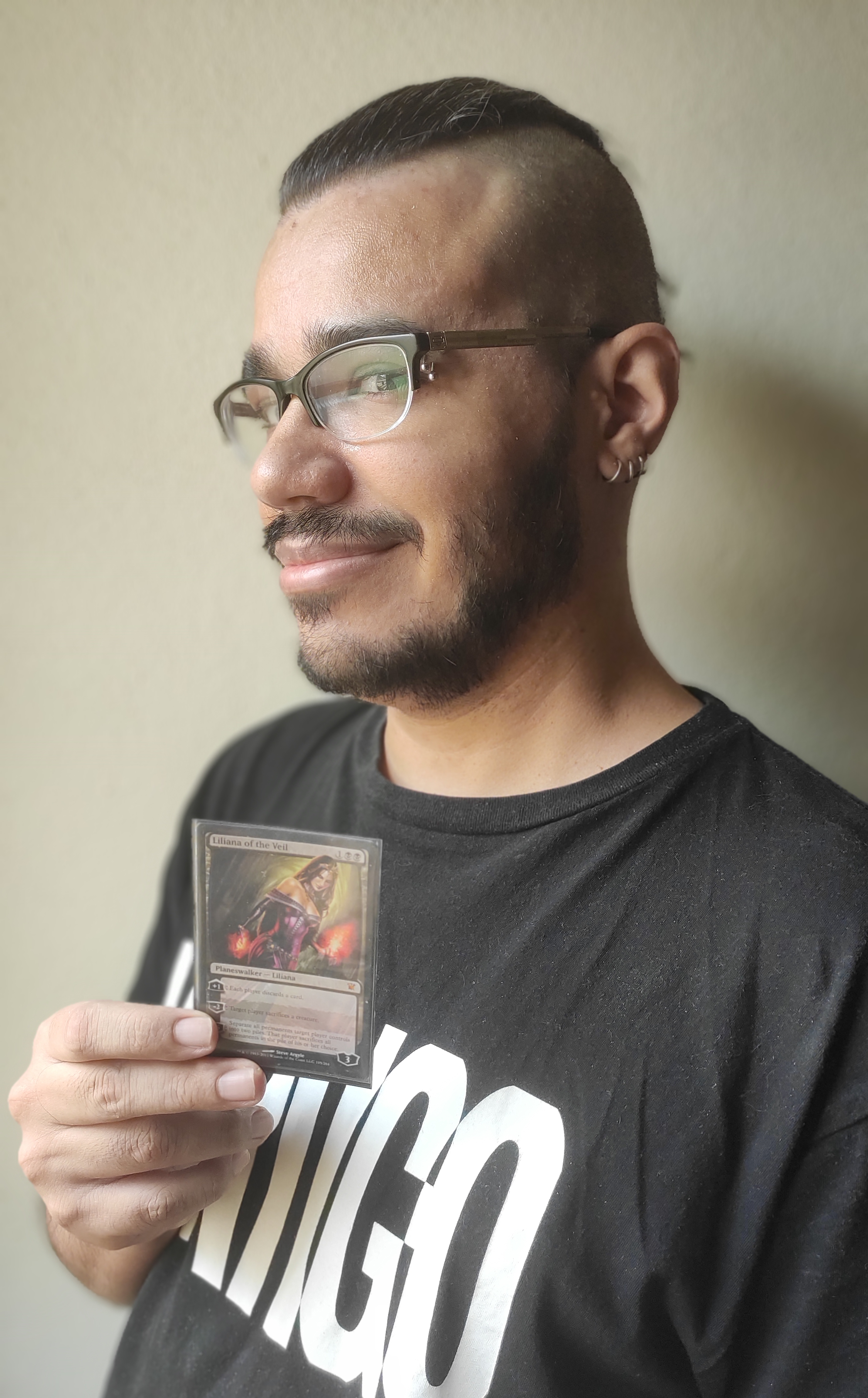