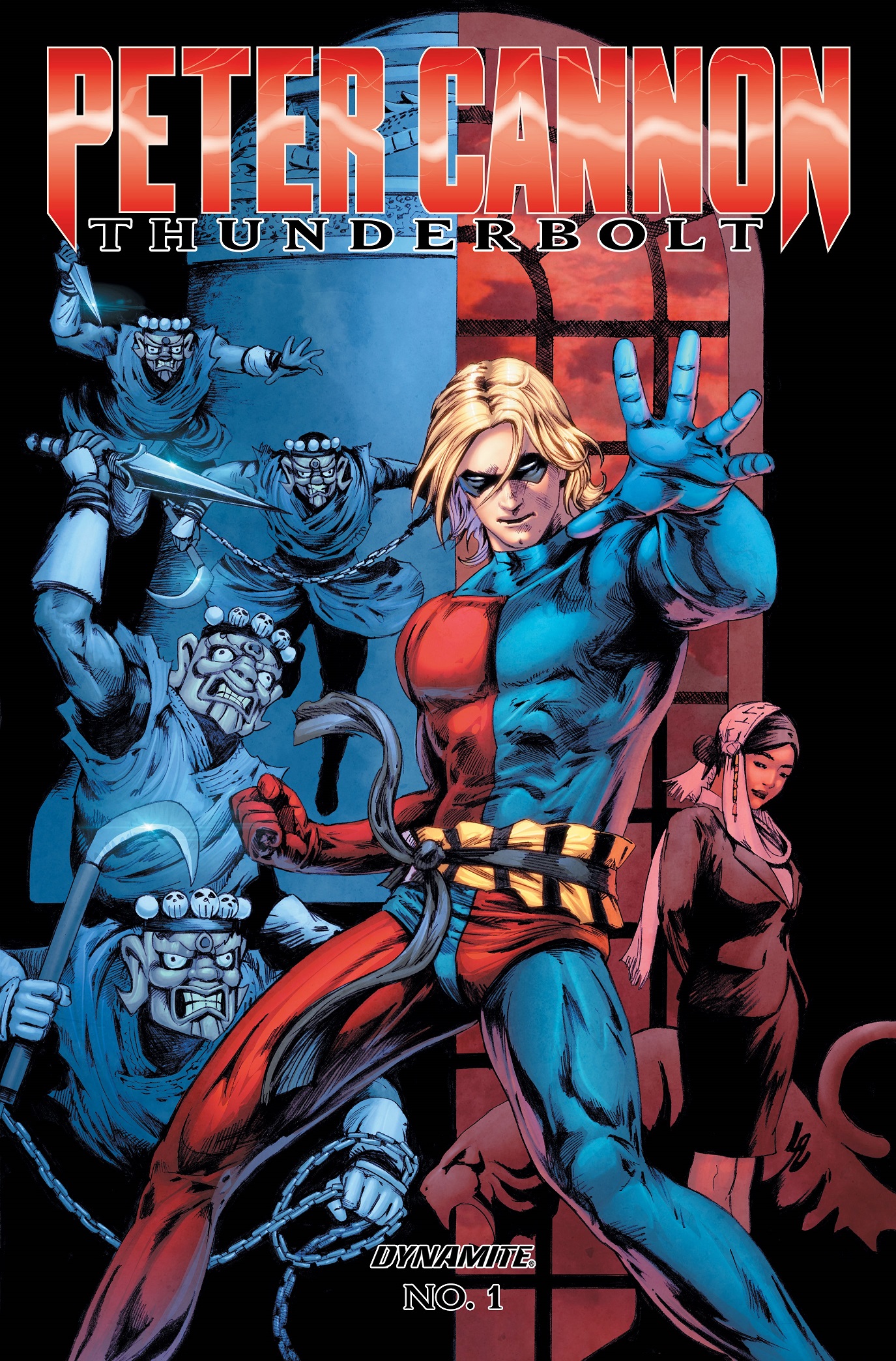 July 19, Mt. Laurel, NJ: The Lightning Vessel of the Awakened is back as writer Fred Van Lente (DIE!namite, Archer & Armstrong) and artist Jonathan Lau (Vampirella Strikes) team up for a retelling of Peter Cannon’s origin and how he became the Living Thunderbolt. This action-packed series, Peter Cannon, Thunderbolt: Destroyer of Death, kicks off this November.

In the twenty-first century, the world is awash in would-be messiahs, crazed conspiracists, and apocalypse cults. One man strikes through the fog of deception with an awakened mind and lightning fists…. Cannon discovers the last surviving member of an order of mystics who has come to New York City to hunt the renegade master that destroyed his teachers and his parents. Now the Hidden One has enmeshed himself in the city’s elite and has marked Peter for death. Unfortunately for his enemies, though, Peter is the fabled lightning vessel of the awakened, whose strike collapses time and defies even death itself…he is the living thunderbolt!

“Peter Cannon is one of the most influential heroes of all time, inspiring not just Watchmen’s Ozymandias and other kung-fu heroes like Iron Fist,” said writer Fred Van Lente. “Jonathan and I have stripped Peter down to his essentials for some gritty martial arts action: A young man descends from his mountain retreat to use his newfound skills to save the world that may not want to be saved. Philosophy and fisticuffs abound!”

Peter Cannon, Thunderbolt was the creation of writer, artist and New York City Police officer Peter Morisi and was published originally by Charlton Comics in 1966 as part of editor Dick Giordano’s “Action Heroes” superhero line. It was considered a thoughtful superhero comics with some of the first respectful invocations of Eastern Mysticism to appear in American pop culture. The character found a home at Dynamite in 2012 with a 10-issues series co-written by Steve Darnall and Alex Ross and drawn by Jonathan Lau. Now a decade later, Lau returns to the character with writer Van Lente.

“Peter Cannon is one of the most important characters in comics history thanks to creator Pete Morisi,” said Nick Barrucci, Dynamite CEO and Publisher. “His roots and history run deep in the industry from being a part of the Charlton line from Dick Giordano, being the pivotal character that Alan Moore and Dave Gibbons used as the model for Ozymandias in Watchmen, to Dynamite’s relaunch of the character. Fred Van Lente has reinvigorated Peter with a love and appreciation that audiences will love, and we couldn’t be prouder to have Jonathan back drawing this incredible adventure.” 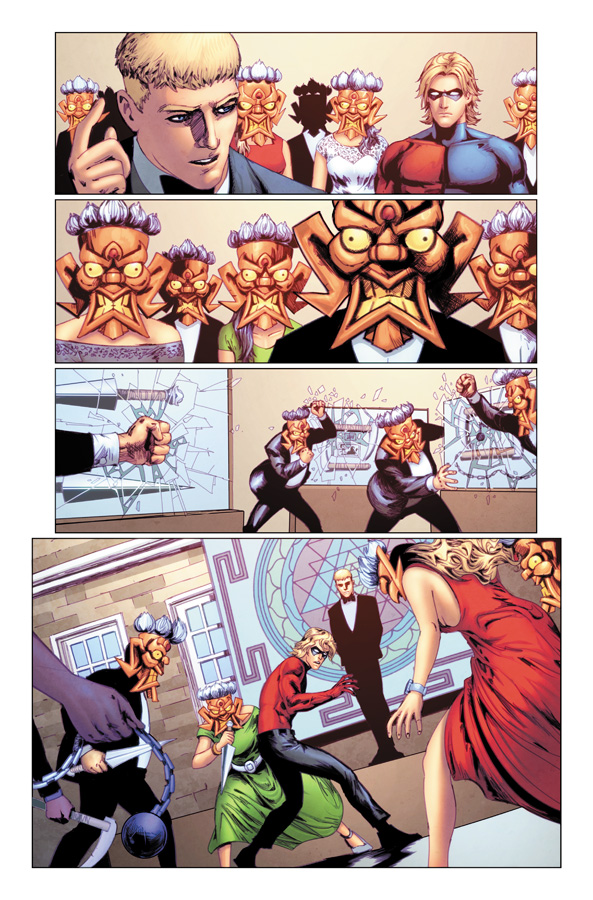 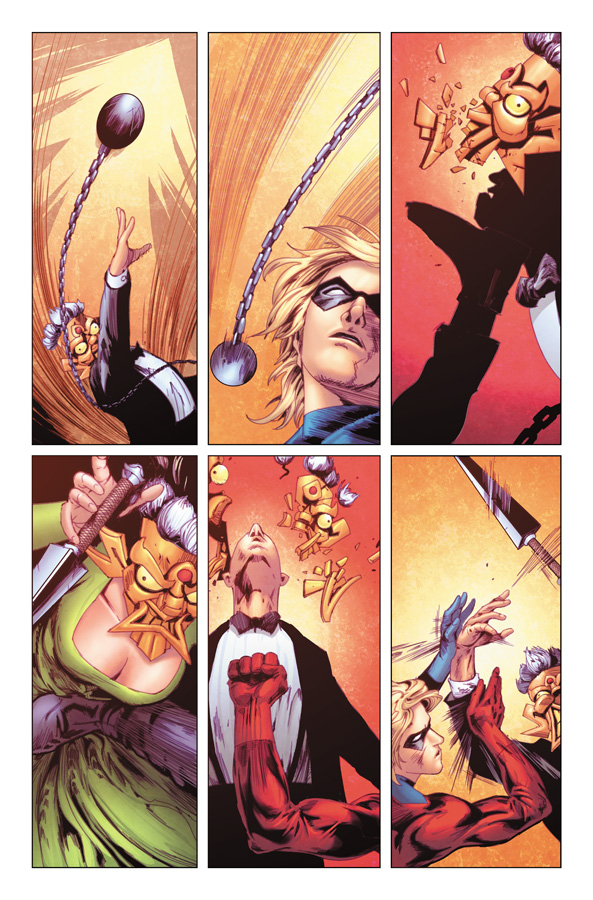 PETER CANNON THUNDERBOLT #1 will be solicited in Diamond Comic Distributors’ September 2022 Previews catalog, the premier source of merchandise for the comic book specialty market, and slated for release in November 2022. Comic book fans are encouraged to preorder copies of the issue with their local comic book retailers. It will also be available for individual customer purchase through digital platforms courtesy of Comixology, Kindle, iBooks, Google Play, Dynamite Digital, ComicsPlus, and more!