Blackwood Returns with a new miniseries “Blackwood: The Mourning After” 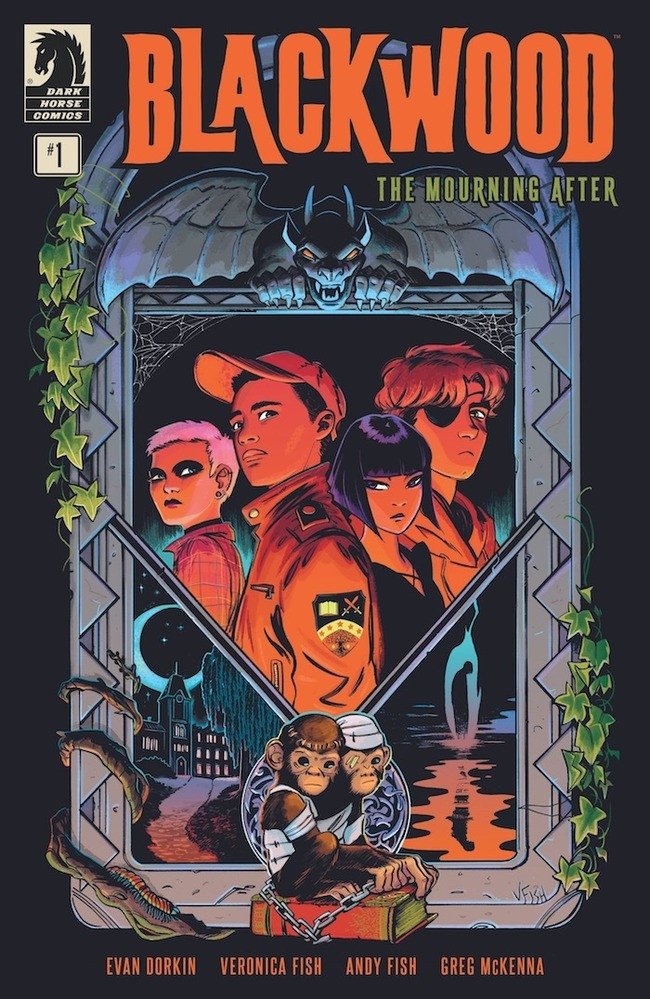 MILWAUKIE, Ore. (September 27, 2019) – Creators Evan Dorkin, Veronica Fish, and Andy Fish bring us back to the Blackwood College campus with the new four-issue series Blackwood: The Mourning After, starting February 2020!

The continuation of the hit occult fantasy series returns to where we first left off. Blackwood College is in mourning after the death of Dean Ogden and Dennis. The students have a lot to learn about these mysterious deaths and the repercussions left behind, but while they investigate a traitor hides in their midst looking to bury the rest of the school too.

“I’m very happy to be able to return to the halls of Blackwood. I enjoy writing these characters and putting them through hell, and I love seeing how Veronica and Andy bring it all to life. Especially the dead things.” – Evan Dorkin

“Evan is so great about taking a drawing I did or an idea we have and running with it, incorporating it where it works into the story—it’s a very rewarding collaboration. I’m so personally invested in these characters, the school as an entity itself and all the weird stuff surrounding it – there is so much story! It’s so fun spending time in this world, hopefully that comes through.” —Veronica Fish

“Evan Dorkin has an amazing ability to create real characters and real worlds—I’ve been a fan of his since Milk and Cheese; Dairy Products Gone Bad– and working with him (and Veronica) has been an absolute blast. From what I’ve seen of the second series it surpasses the first on so many levels and that’s saying something because I thought the original series scripts were brilliant. Glad to be back for more!”—Andy Fish

Blackwood: The Mourning After #1 (of 4) arrives February 12, 2020, and is available for pre-order now at your local comic shop.