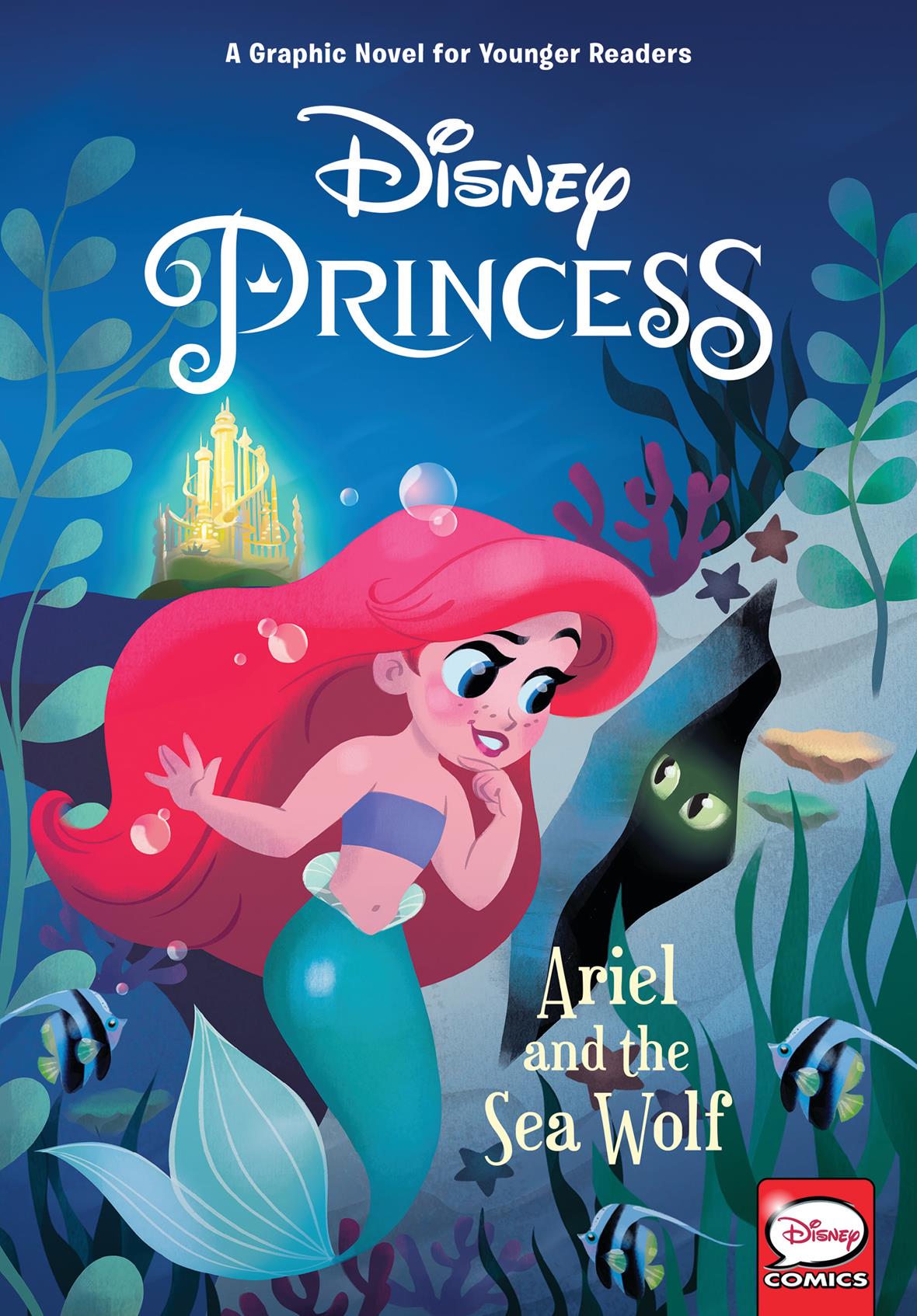 MILWAUKIE, Ore., (October 3, 2018)—Dive into Princess Ariel’s childhood! Dark Horse is pleased to announce the next addition to its publishing line with Disney— Disney Princess: Ariel and the Sea Wolf (Younger Readers)! From writer Liz Marsham, artist Tara Nicole Whitaker, and letterer Chris Dickey comes a heartwarming story of friendship that showcases openness and acceptance in a world where misunderstandings happen and rumors spread. Also included in this volume are a variety of story-related activities and special features!

In Disney Princess: Ariel and the Sea Wolf, young Ariel’s curiosity and adventurous spirit help her make a friend and prove that what you hear isn’t always what you should believe in this tale created especially for younger readers. Ariel is a wonderful storyteller, but when she acts out a grand adventure for her sisters, her dramatic gestures cause her sister to lose her favorite bracelet—dropping it deep in a subterranean cave that has a story of its own. Supposedly, the occupant of the cave is a dangerous creature willing to eat anyone who dares enter. Despite her sister’s warnings about the cave, Ariel’s sense of responsibility implores her to enter the cave and attempt to retrieve her sister’s bracelet. What she finds within is not what she expected, and her quest for a bracelet turns into a quest to demonstrate the importance of truth and trust—because sometimes what you hear isn’t what you should believe . . . and sometimes, it is.

Disney Princess: Ariel and the Sea Wolf goes on sale April 10, 2019, and is available for pre-order on Amazon and Barnes & Noble, and at your local comic shop. This 48-page original graphic novel is available for $7.99.