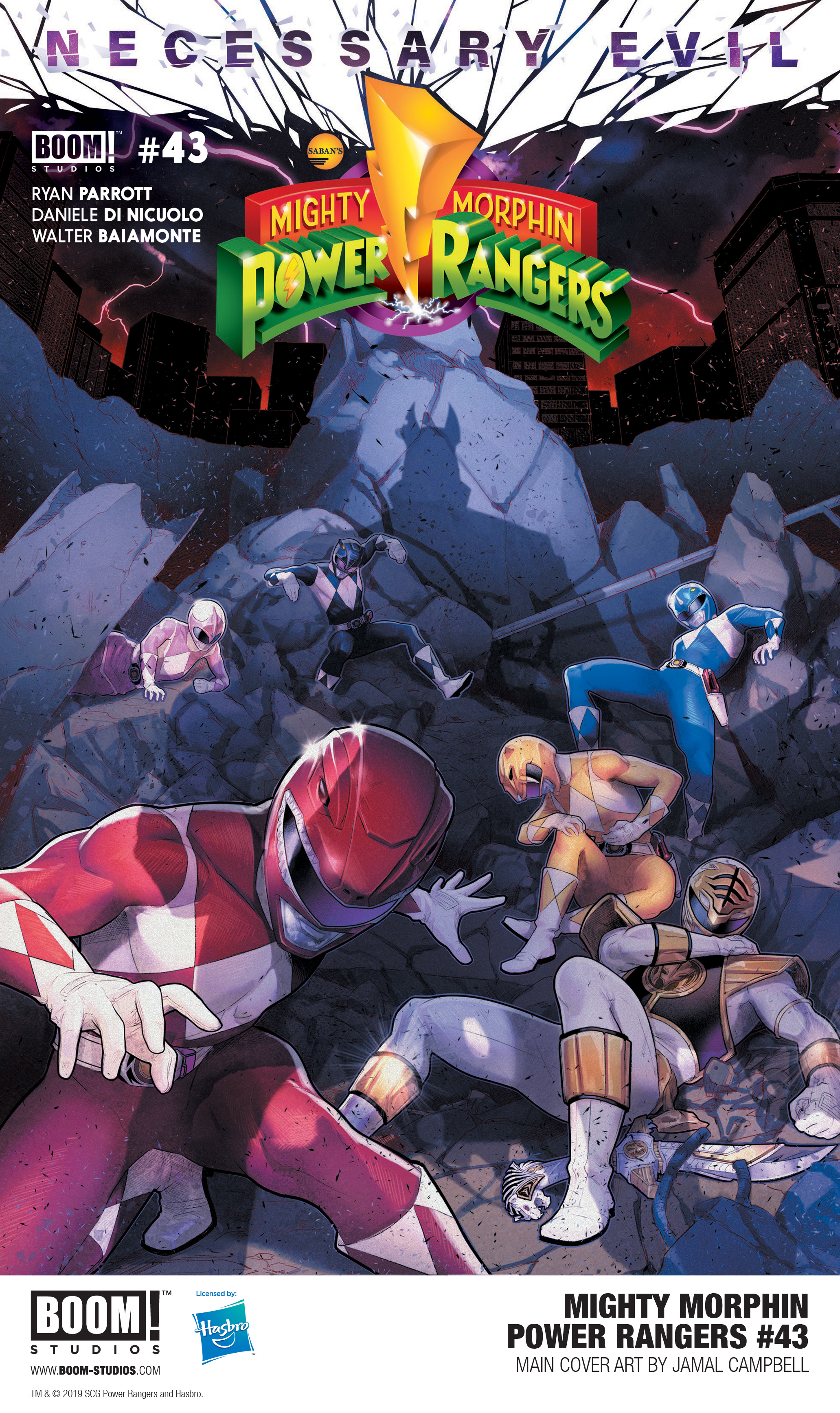 In a shocking display, bounty hunter Dayne defeats the White Ranger, leaving the team without a leader! With their powers decimated and staring destruction in the face, the Mighty Morphin Power Rangers reach out to their former teammates for help but the Omega Rangers are facing a surprising enemy in deep space—and there’s no guarantee everyone will make it out alive.

The MIGHTY MORPHIN POWER RANGERS #43 Trading Card variant cover by Anka features the Blue Ranger, Billy Cranston, with an image of the Blue Ranger in action on the front, and all his stats on the back cover, including his team name, alias, biography, and Alpha-5’s assessment.

The MIGHTY MORPHIN POWER RANGERS #43 Story variant cover depicts the next chapter in an eleven-part series written by writer Ryan Parrott and illustrated by acclaimed artist Dan Mora, following the enigmatic, all-knowing Emissaries as they travel space and time, unearthing never-before-seen details of the immediate aftermath of the explosive events of Shattered Grid and changing the course of MIGHTY MORPHIN POWER RANGERS comic history forever.

Print copies of MIGHTY MORPHIN POWER RANGERS #43 will be available on September 25, 2019 at local comic book shops (use comicshoplocator.com to find the one nearest you), or at the BOOM! Studios webstore. Digital copies can be purchased from content providers like comiXology, iBooks, Google Play, and the BOOM! Studios app. Softcover collections of MIGHTY MORPHIN POWER RANGERS,  and other Power Rangers releases from BOOM! Studios are available now, everywhere books are sold. 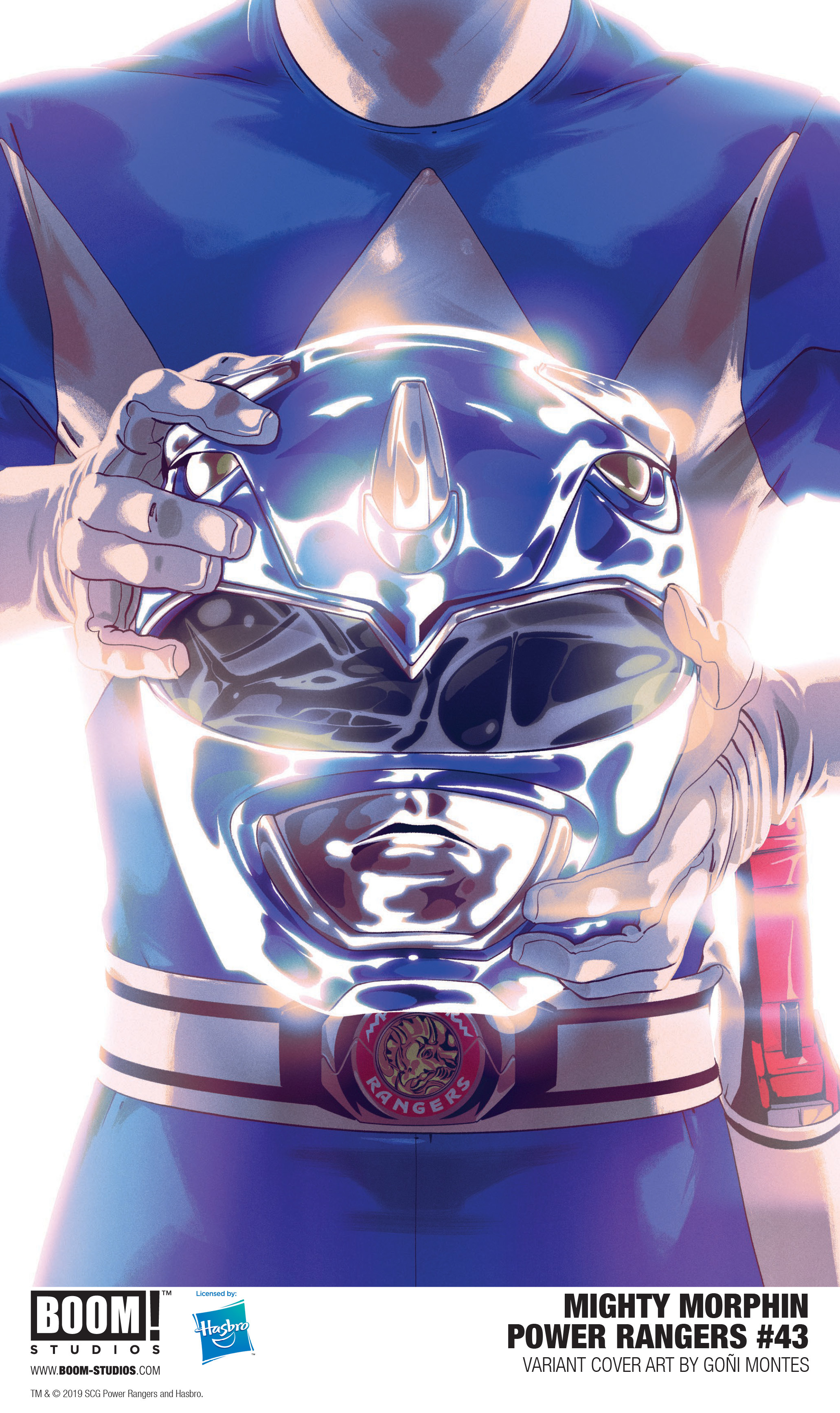 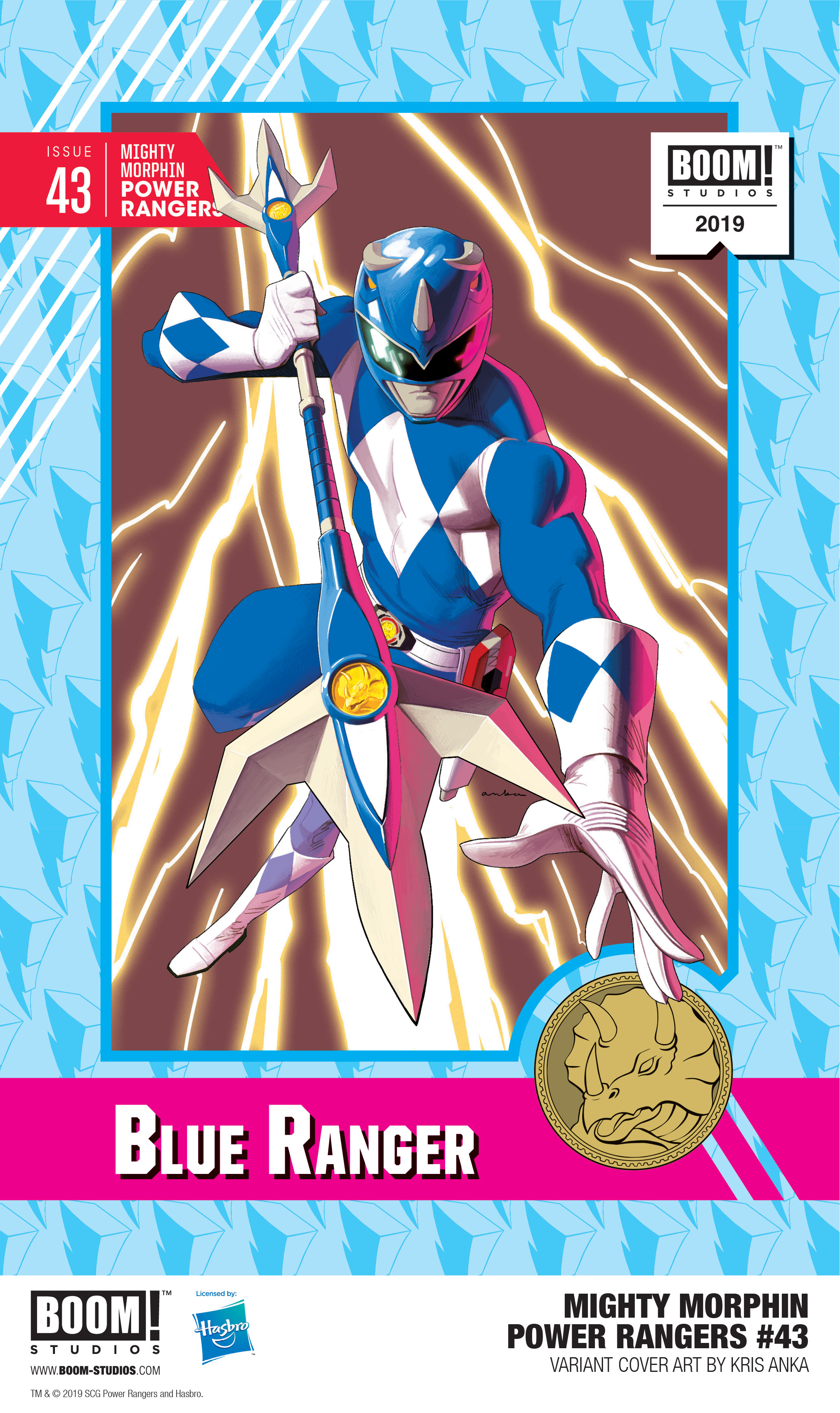 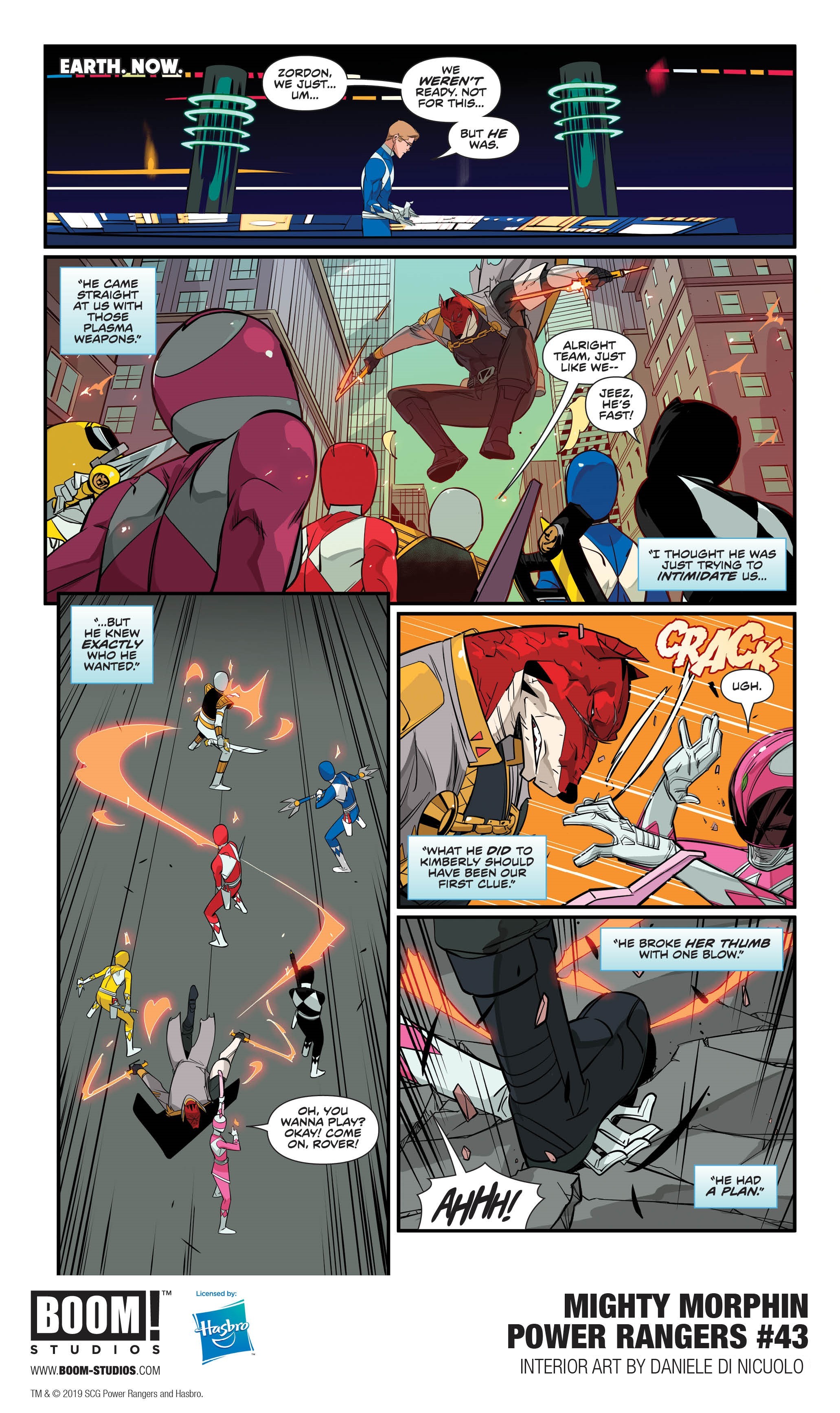 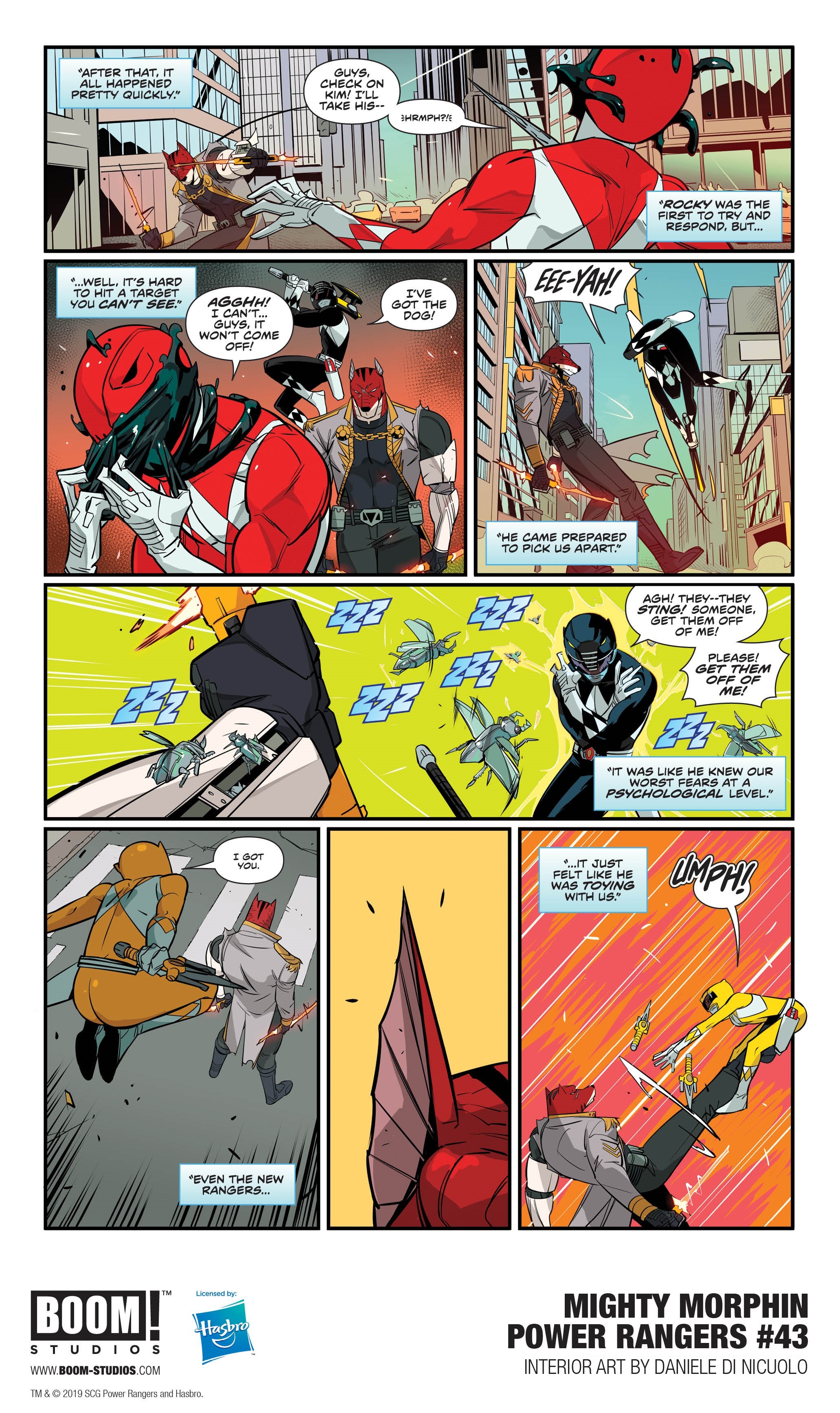 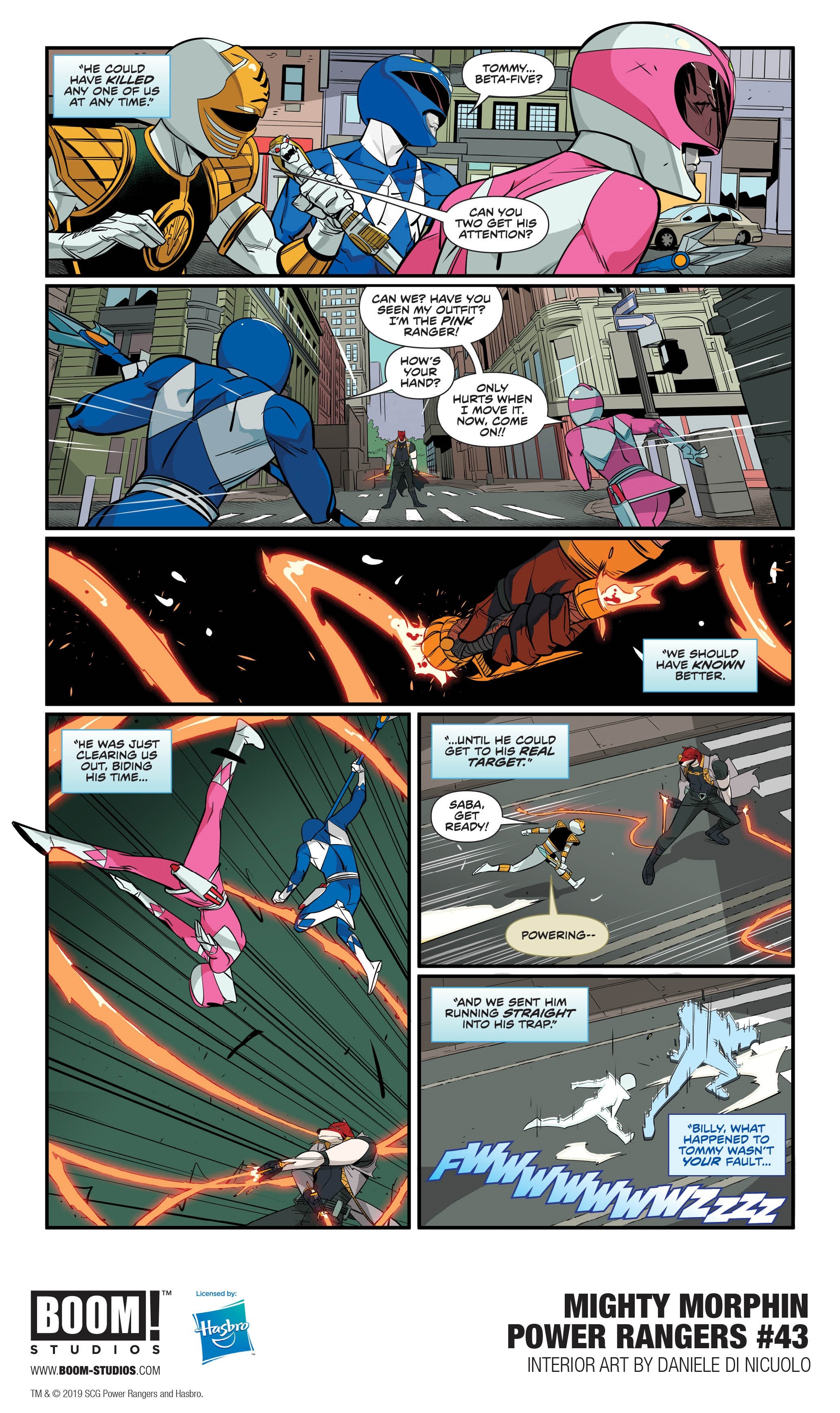 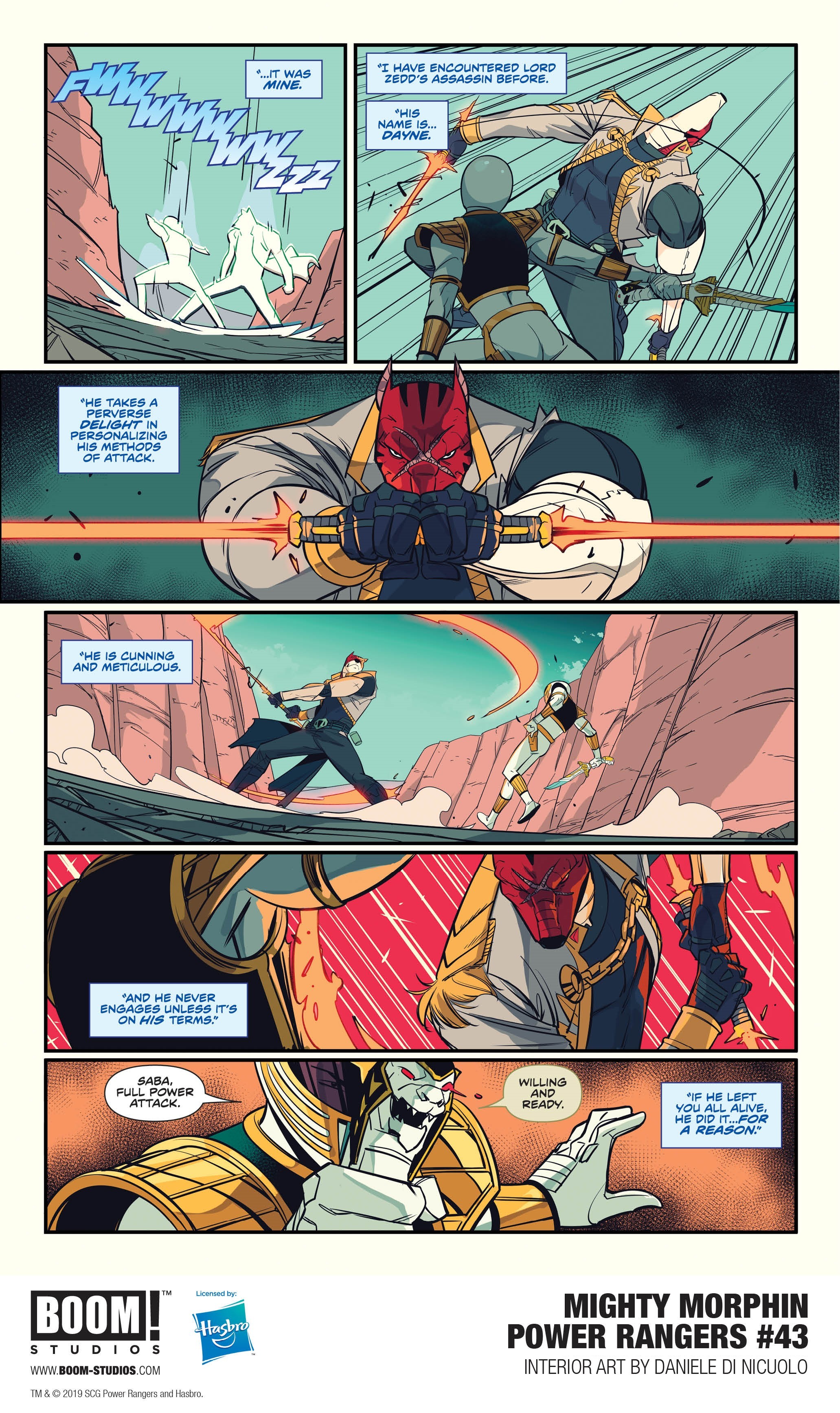 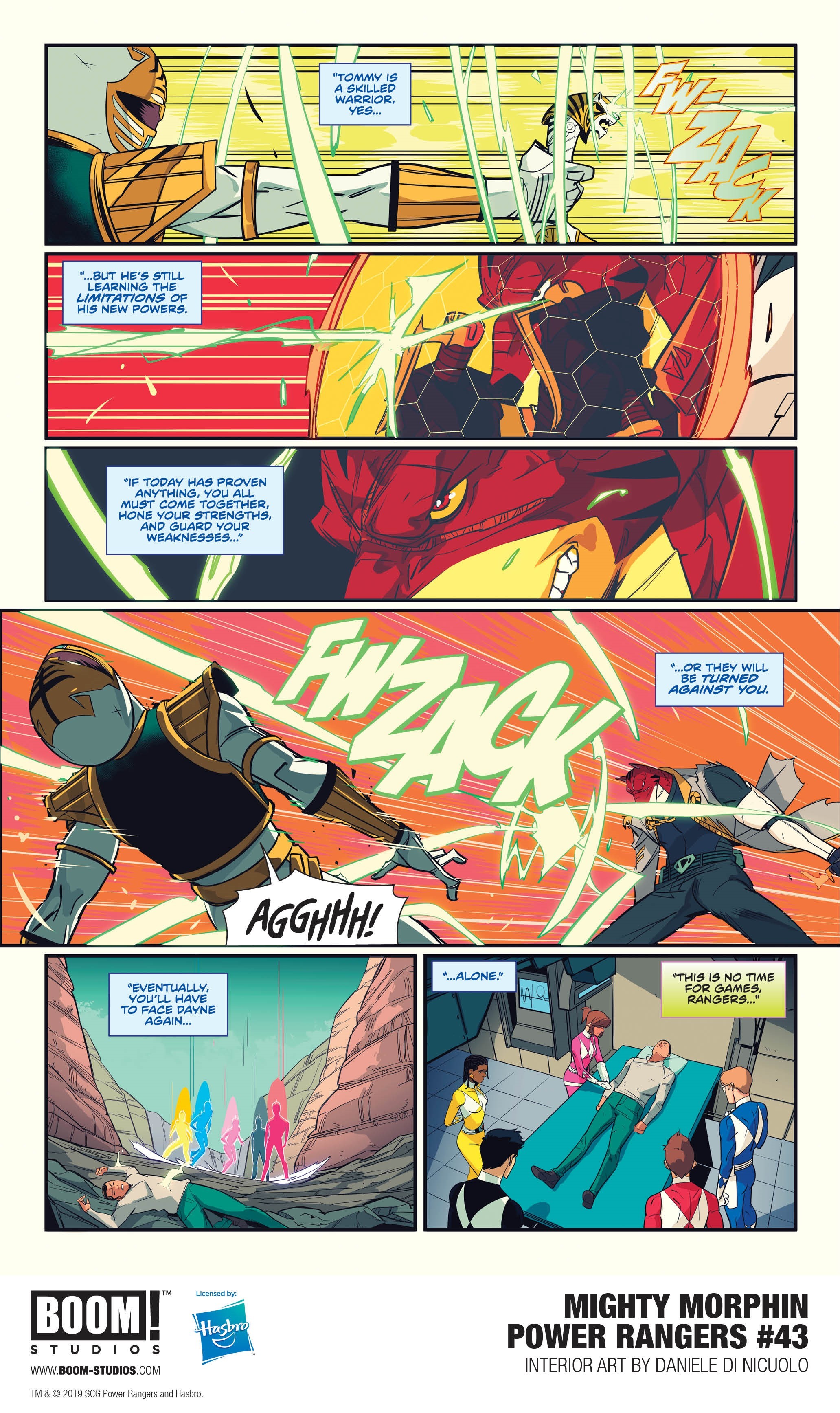