January 11, Mt. Laurel, NJ: Dynamite and Terra Virtua have a whole bounty of beautiful comics releasing today in NFT form, most a day ahead of their wide print release. Four hotly anticipated titles all featuring antiheroines with demonic backgrounds are available right now.

Nyx is one of the most important characters in the Vampirella mythos. Her lineage goes back to some of the earliest stories in the franchise, as developed by legends like Archie Goodwin and Jose Gonzalez. As the daughter of the mad god Chaos, Nyx follows in her familial footsteps as one of the biggest thorns in Vampi’s side. Sometimes by very literally piercing her foe’s flesh, as she did in the pivotal Death & Destruction event series in 1996. Now years later she is debuting her own solo series for the first time, as she looks inward on who she really wants to be in this world. Both the first and second issue debut as NFTs today. 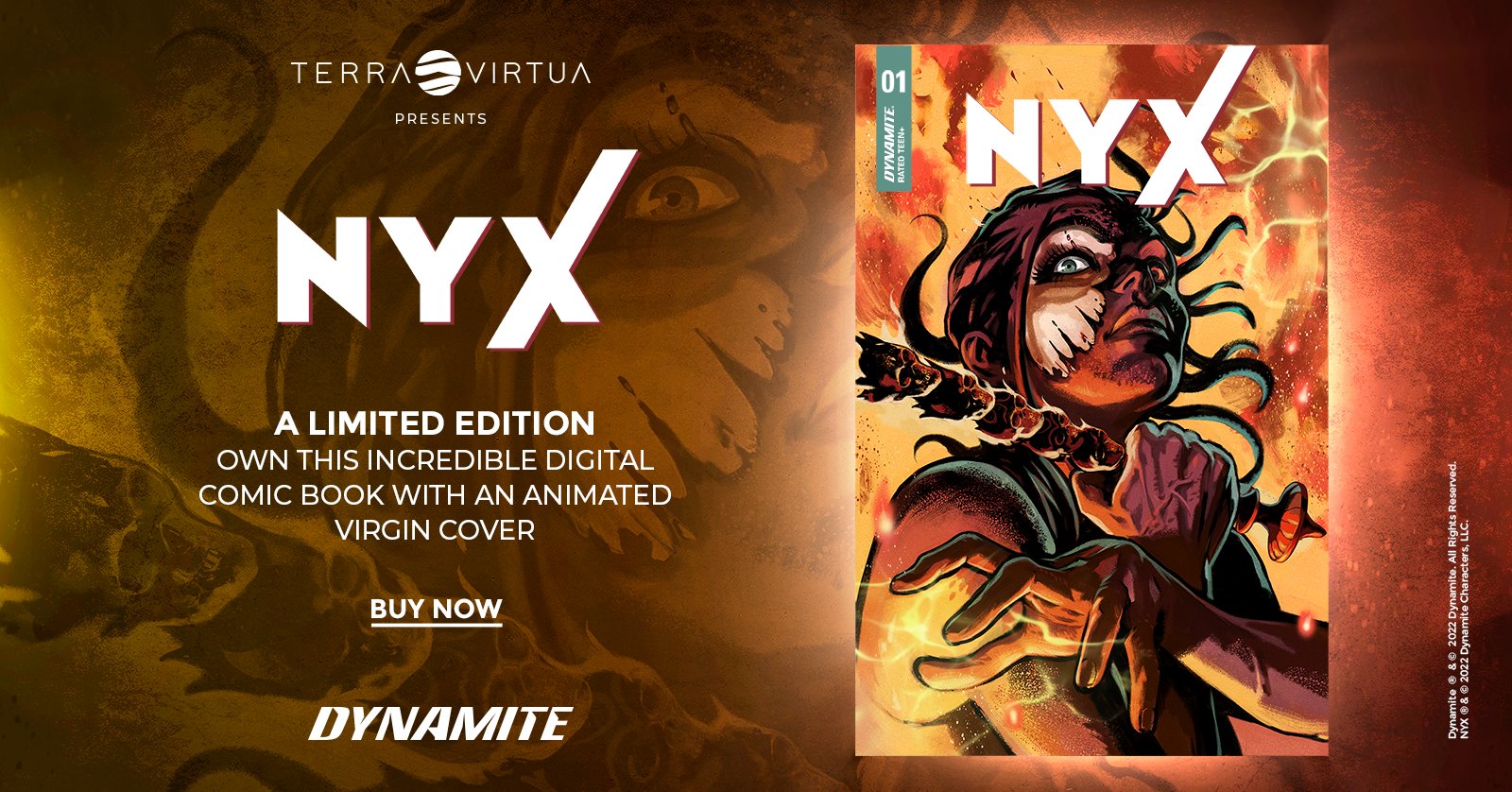 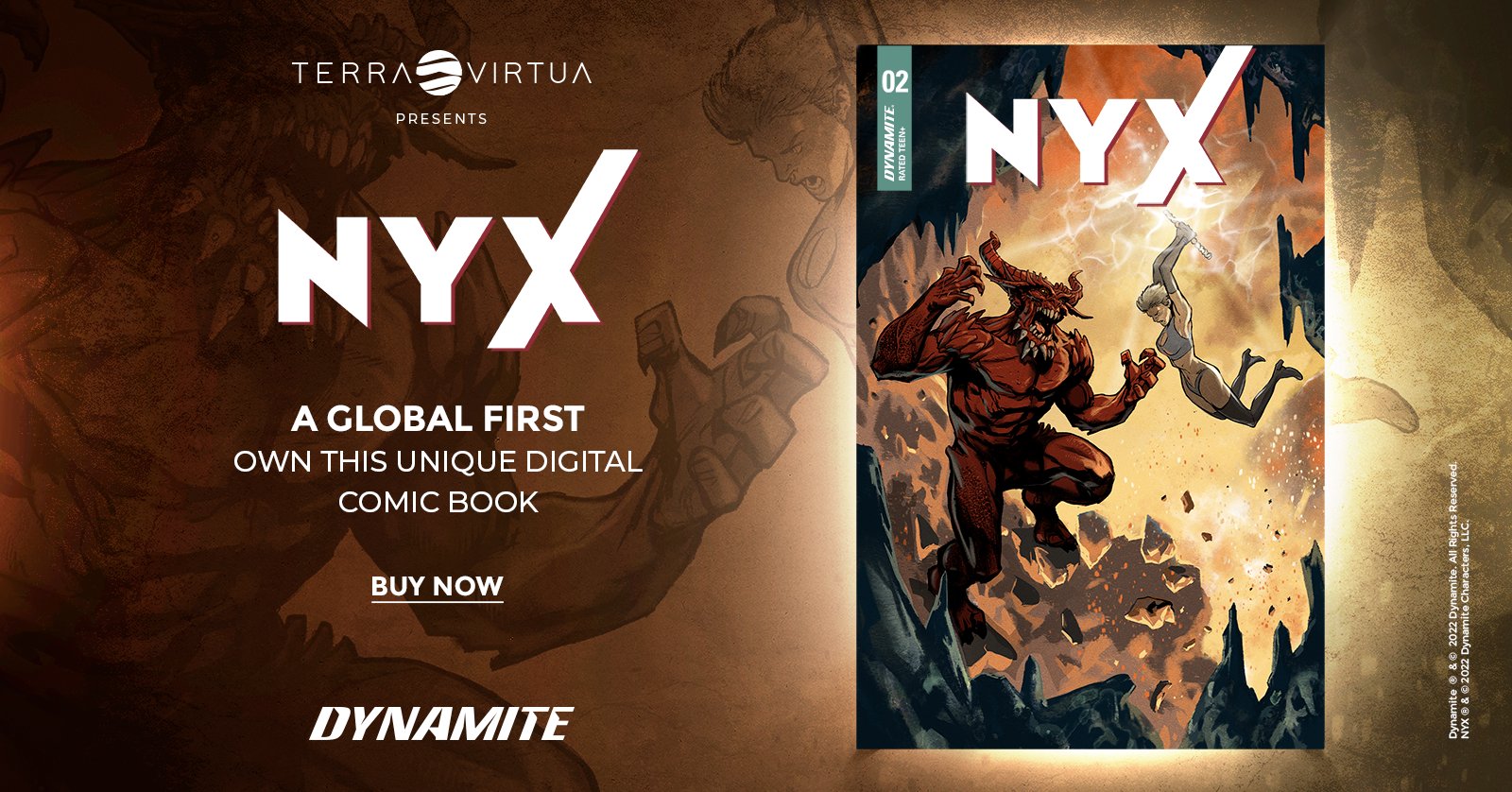 Then turn to the depths, as both Purgatori and Hell Sonja unleash their devilish ways into the innovative NFT comics format. Writer Christopher Hastings, known for his celebrated takes on Deadpool and Gwenpool, continues the stories he started in the boundary breaking and multiverse-expanding Sonjaversal as breakout character Hell Sonja takes the reigns in her follow up series. Then writer Ray Fawkes continues probing the complicated mind of Purgatori following her tangling with Vampirella. 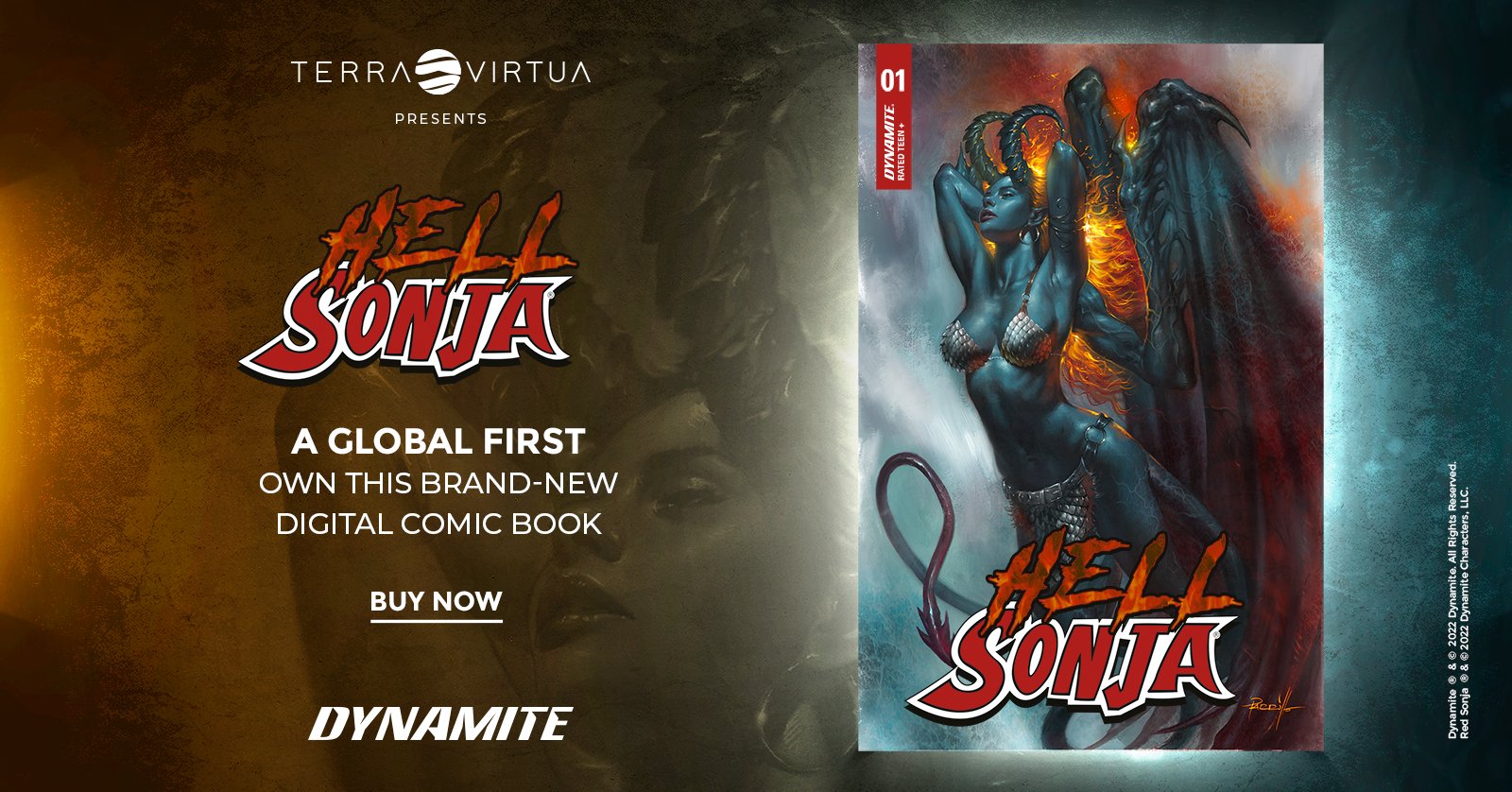 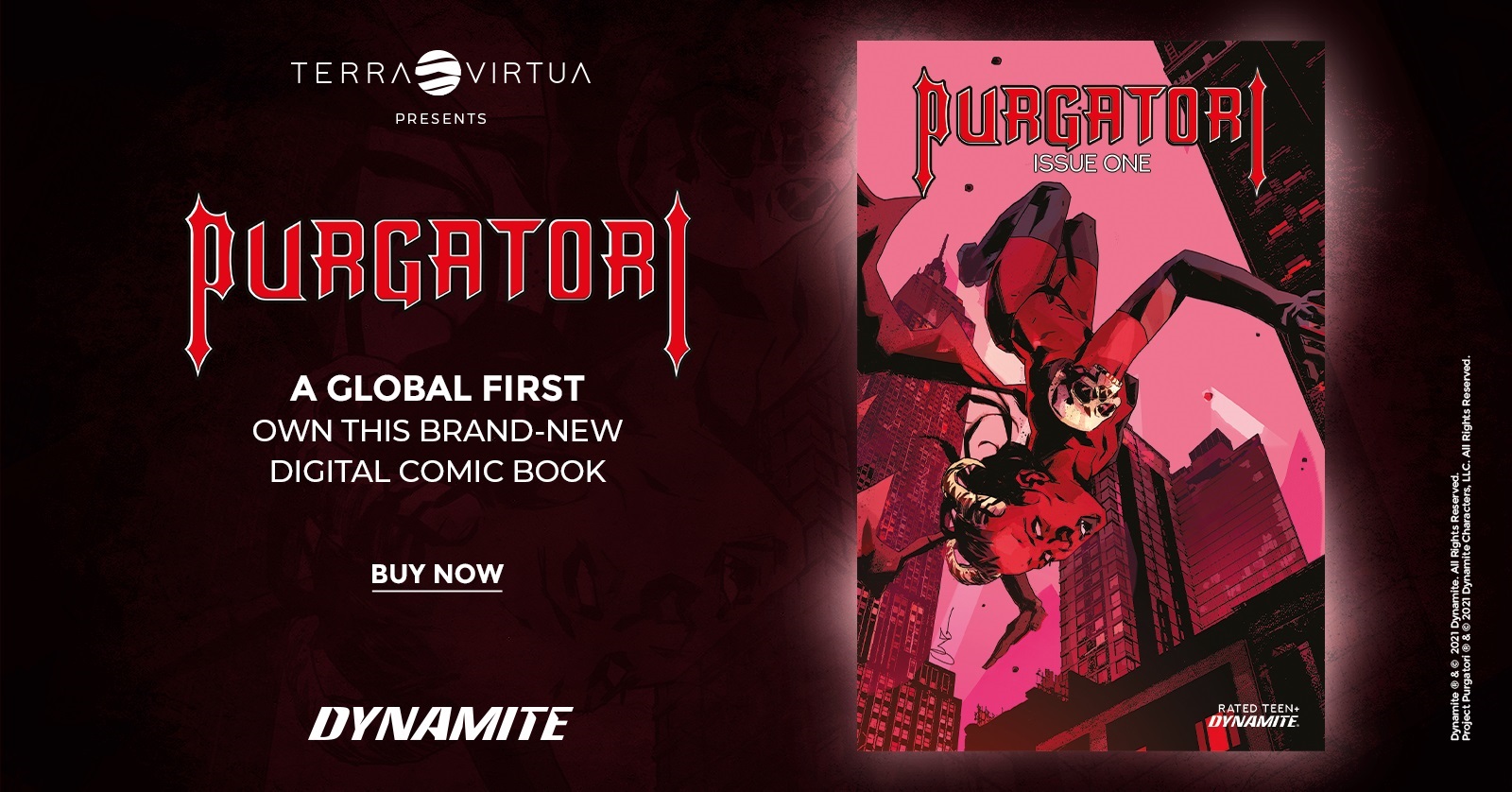