News
Explore the Music, History, and Cultural Identity of Redbone with English and Spanish Language Graphic Novels in September

SAN DIEGO, CA (June 16, 2020) – You’ve heard the hit song “Come and Get Your Love” in the movie Guardians of the Galaxy, but the story of the band behind it is one of cultural, political, and social importance. This September, IDW Publishing presents Redbone: The True Story of a Native American Rock Band — an intriguing, historically accurate telling of the high-flying career of rock ‘n’ roll pioneers and talented brothers Pat and Lolly Vegas, as they influenced The Doors, jammed with Jimmy Hendrix before he was “Jimi,” and took the 1960s Sunset Strip by storm.

Written by Christian Staebler and Sonia Paoloni in cooperation of the Vegas family and illustrated by Thibault Balahy, Redbone uncovers key pieces of American history and the powerful story of the Native American civil rights movement, from the creation of the first rock ‘n’ roll band made up of all Native Americans, to the incorporation of tribal beats into chart-topping rock music and popular culture, to the members of the band taking a stand for their ancestry over continued commercial reward.

“I’d like to thank this book’s creators for such a fantastic piece of work. It’s an honor for me to be depicted in a comic and to have my story told,” says writer, vocalist, bass guitarist, producer, and Redbone co-founder Pat Vegas.

“I hope you enjoy this flashback journey into the history of my family! It’s rich in knowledge, wisdom, truth, love, originality, and strength,” says Frankie Vegas, daughter of Pat Vegas.

“This graphic novel collaboration between Redbone co-founder Pat Vegas with authors Christian Staebler and Sonia Paoloni makes for an inspired telling of the group’s storied origins, itself serving as a window into a riveting and often obscured history of Native American civil rights past and present,” said editor Justin Eisinger. “I could not put this book down.”

Redbone: The True Story of A Native American Rock Band is now available, in both language editions, for pre-order via online booksellers and comic book specialty retailers. Visit www.comicshoplocator.com to find a store near you. 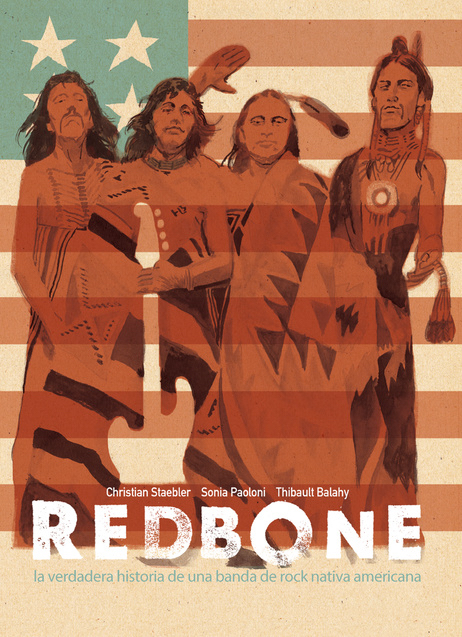 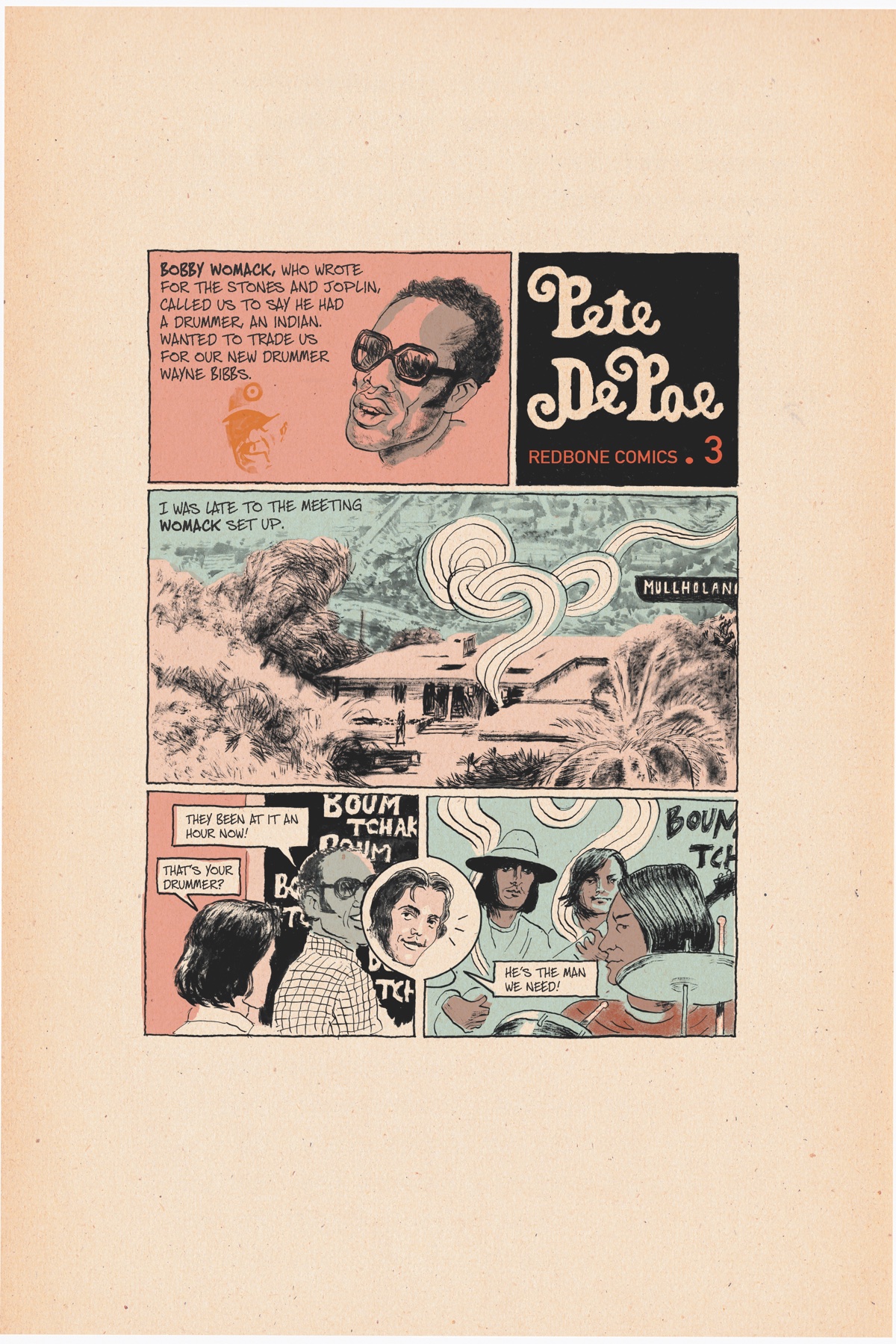 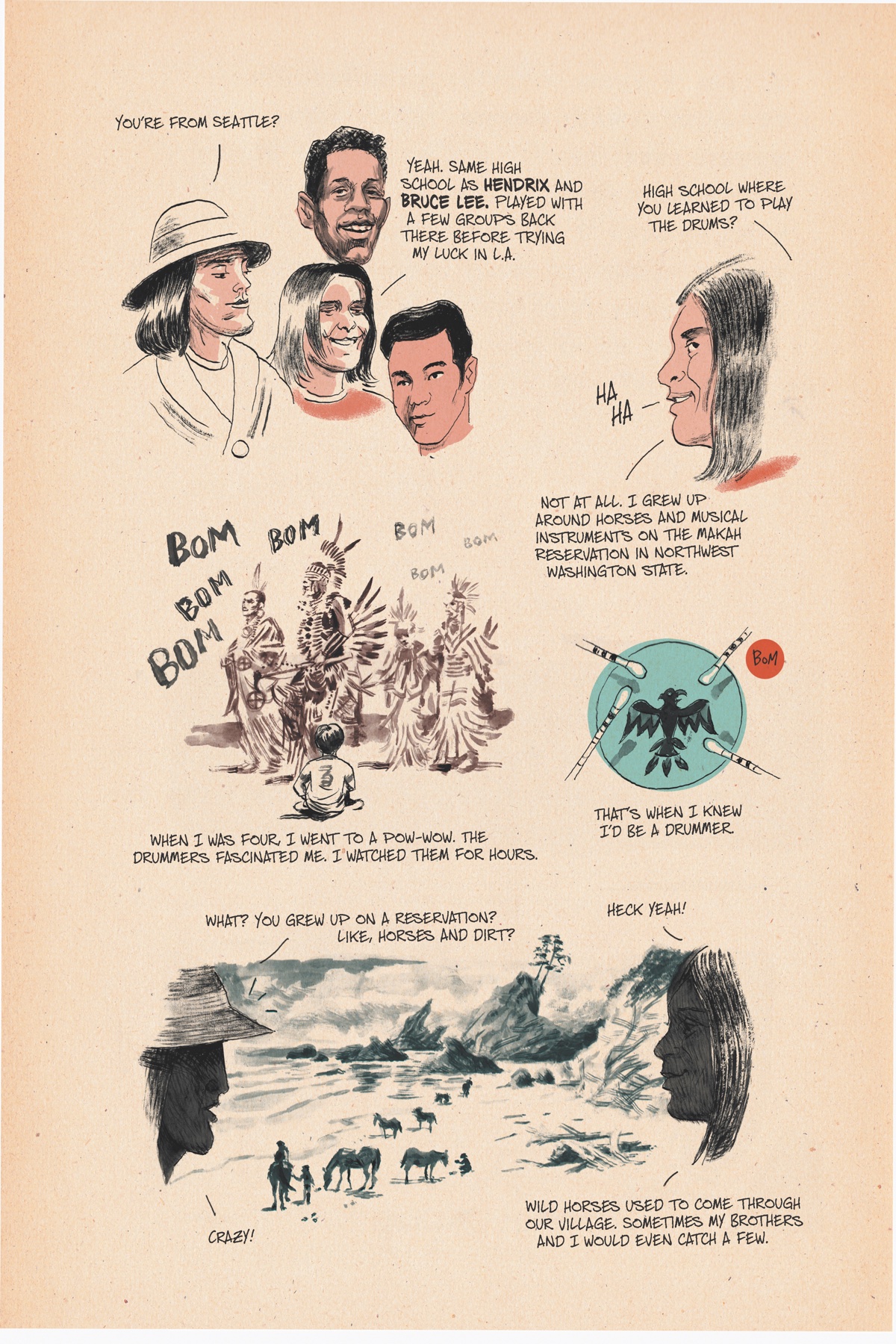