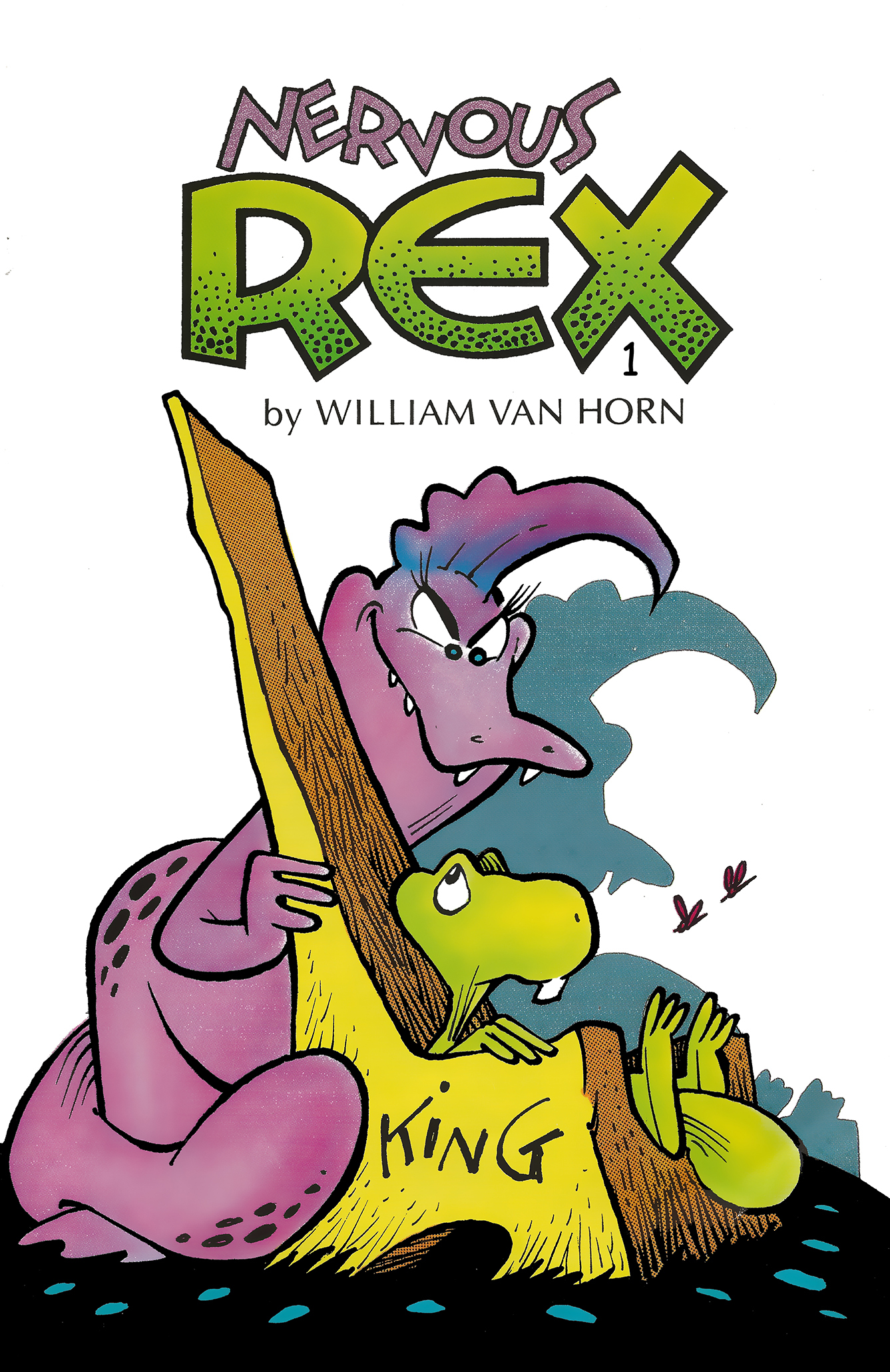 NERVOUS REX by William Van Horn
IT’S ALIVE! is proud to announce the publication of NERVOUS REX by Disney artist William Van Horn, known for his work on Donald Duck and Uncle Scrooge comics.
Van Horn worked in animation and children’s books for some years, before joining Gladstone Comics in the mid 1980’s, creating mainly short Donald Duck stories for them. Though he started that career about the same time as Don Rosa, Van Horn hasn’t had nearly the amount of attention as Don. He has also produced new Donald Duck stories regularly for Danish publisher Egmont, which have been reprinted by Gemstone.
Most of William Van Horn’s fans around the world only know him for his hilarious Donald Duck and Uncle Scrooge comics. But few know about Van Horn’s first comic book masterpiece, NERVOUS REX.
The series about Rexford–a nervous, pint-size and very henpecked dinosaur–shows off Van Horn’s unfettered love of whimsy and wordplay.
Much of the humor would be echoed later in Van Horn’s Disney duck comics. But visually and thematically the REX series is inspired by George Herriman’s classic comic strip Krazy Kat.
The series sold well initially, but when Van Horn started working for Disney, he largely left REX behind. . .
. . .but now it’s back!
IT’S ALIVE! plans to reprint the original ten issues, along with an eleventh issue, which will collect the NERVOUS REX short stories that first appeared in issues of both Laffin’ Gas and Disney Adventures. 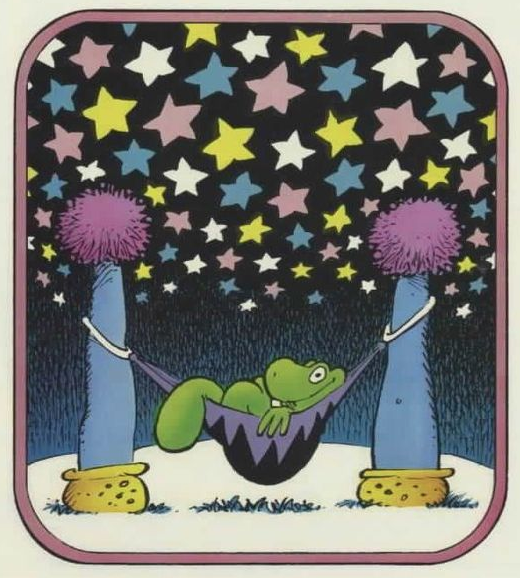 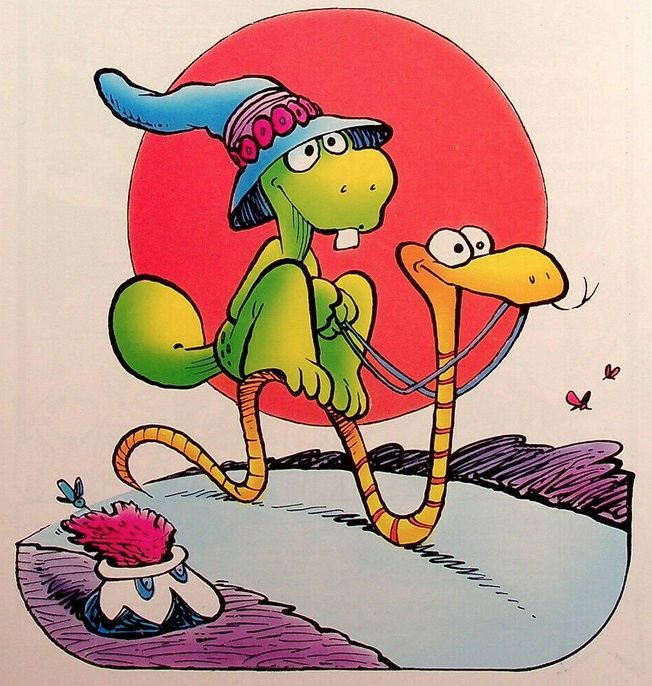