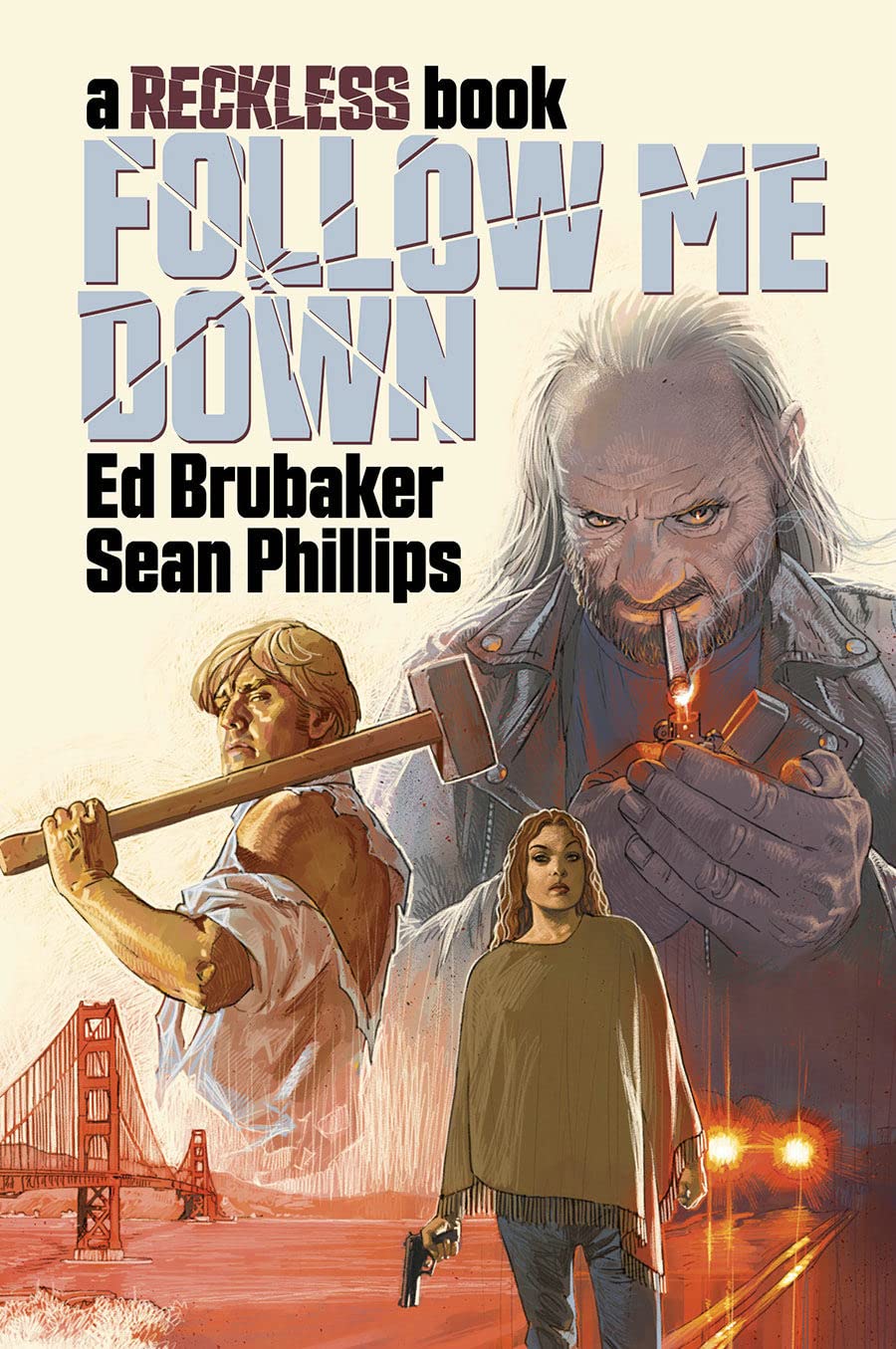 Fade Out, and Kill Or Be Killed) are back with yet another original graphic novel starring troublemaker-for-hire Ethan Reckless in the forthcoming Follow Me Down. This new standalone thriller is the fifth book in the Reckless series in less than two years, an unprecedented achievement in the American comics field. The book will hit shelves from Image Comics this October.

“The Reckless books have not just been a runaway hit, they’ve also been a joy for me and Sean to work on—our great escape has been trying to bring some escapism and pulp thrills to our readers in these strange times. This time out, after letting Anna take the lead in the previous book, Ethan is back in charge, and… well, the book is called Follow Me Down so you can guess that things aren’t exactly coming up roses for him,” said Brubaker. “But there are some big surprises in store here, that will punch our longtime readers in the guts a bit, I hope.”

In the wake of the 1989 earthquake, Ethan takes a trip to San Francisco to search for a missing woman. But almost immediately, he finds himself going down a path of darkness and murder in a case unlike anything he’s faced before.

Follow Me Down is the most intense of the Reckless books so far and a must-have for all Brubaker and Phillips fans!

Follow Me Down (ISBN: 978-1534323421, Diamond Code JUL220075) will be available on Wednesday, October 12 and in bookstores on Tuesday, October 18. It can be pre-ordered at your local comic book shop or independent bookstore or via Amazon, Barnes & Noble, Books-a-Million, and Indigo.