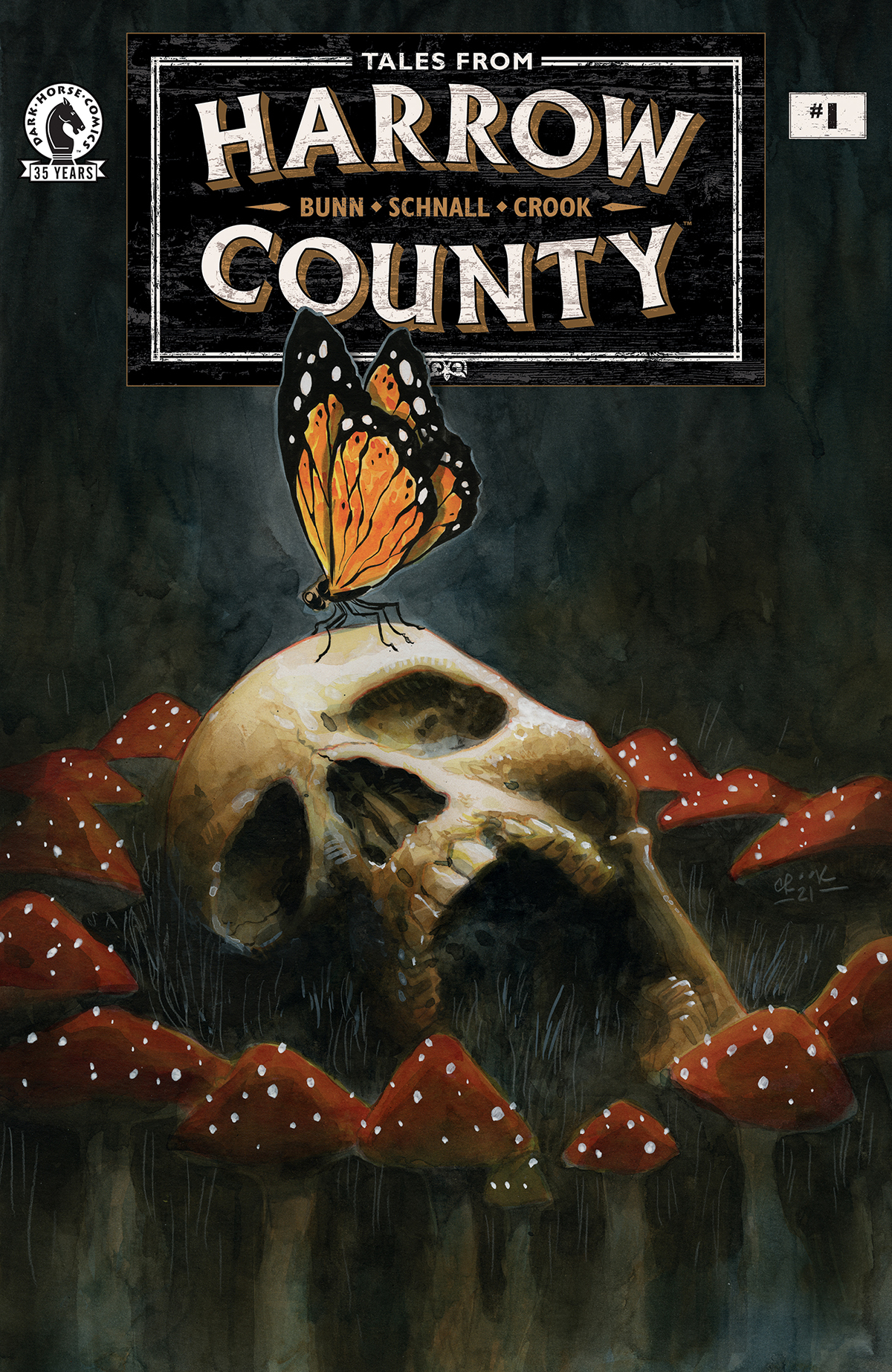 Fresh off the loss of her goblin friend to a strange portal, Bernice must weigh her responsibilities as protector of Harrow County with her desire to get her companion back safe and sound. But the past weighs heavily and the fair folk use Bernice’s and her memories against her. And something more disastrous than she could have feared may be around the corner to threaten both the worlds of humans and of haints.

“It’s been too long since we’ve visited Harrow,” says Co-Creator Cullen Bunn, “But I’m so glad that this is the story that will welcome us back! There’s a big world to be explored, and this time around we’re delving into the realm of the fey folk as much as the realm of the haints. We’re going to answer a few questions, too, such as how Bernice dealt with her dear friend Emmy leaving. This time out, we’re joined by Emily Schnall, who fits right in among the good folks of Harrow. I absolutely love her version of these characters, and I think longtime fans of the book will love her work, too!”

“I’m very excited for the return of Tales from Harrow County,” Co-Creator Tyler Crook adds. “I’m so glad that we get to continue the adventures of Bernice and all the other haints and people of that accursed place.

“I have been a fan of Emily Schnall’s work for a number of years now and I am so excited that she agreed to draw this mini-series. She has such a great sense of nature and horror. She brings so much emotion to the characters and really shines at bringing out the right tone for the story. She’s the perfect artist for Tales from Harrow County.

“And of course, Cullen is killing it as usual; writing a story that is creepy, scary and full of heart.”

Harrow County new-comer Emily Schnall adds, “I am beyond thrilled to dive into this story and be a part of Tales from Harrow County! It’s such a rich world that Cullen and Tyler have created, and I feel so lucky to take a trip to Harrow with them. Cullen’s writing is a joy to work with as an artist–– he does such a fantastic job with tone and creating a sense of place. The atmosphere of Harrow is so full of horror and mystery, which is a space I love to work in.

“Tyler created a gorgeous, textural world for the series— I cannot get enough of his watercolors— and it’s been a welcome opportunity to break out my own brushes and paint palettes. Most of my work is digital these days, but my first love was ink and watercolor. Another love of mine is illustrating monsters, and this story does not disappoint. I had a great time designing new creatures and drawing some familiar friends. So everyone should get ready for haints and fair folk galore!”

Tales from Harrow County: Fair Folk #1 (of four) will be in comic shops July 21, 2021. It is available for pre-order at your local comic shop.