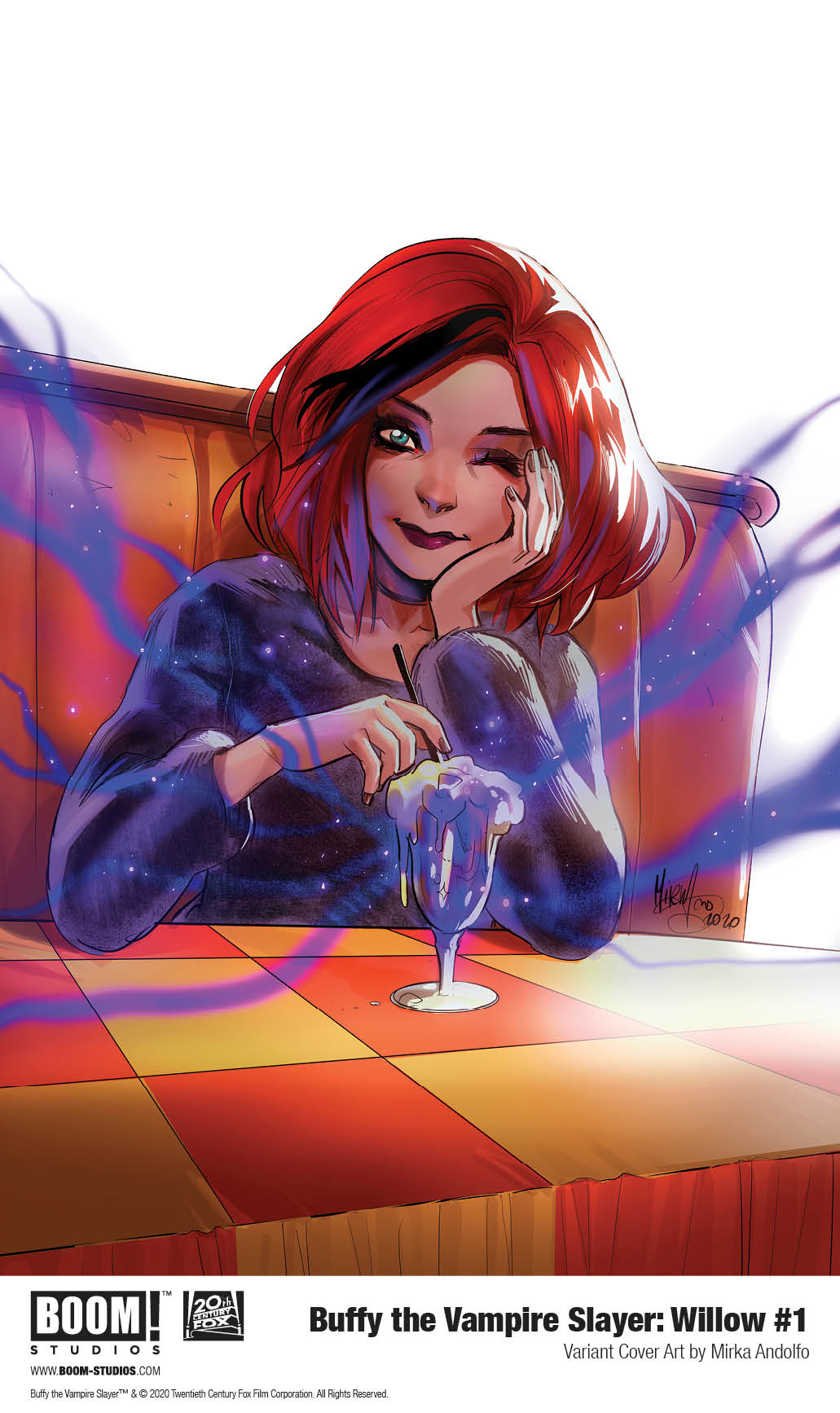 LOS ANGELES, CA (July 8, 2020) – BOOM! Studios announced today that it has signed a massive deal with superstar artist Mirka Andolfo (Mercy), that will see the debut of twelve covers on top comic book series from the award-winning publisher through 2021.

The next variant cover from this new deal will be available on Buffy the Vampire Slayer: Willow #1, on-sale today in comic shops, and Andolfo art will be featured on variants to subsequent issues (#2-5) of the series through November. Fans will also find variant covers from Andolfo on Power Rangers: Drakkon New Dawn #2 in September and Something is Killing the Children #15 in 2021.

Mirka Andolfo is an Italian creator and the art director at Arancia Studio. She is the creator of the books Mercy (Image Comics), Unnatural (Image Comics) and Un/Sacred (Ablaze Publishing), published in fifteen countries, best-sellers receiving great acclaim from audiences and critics. She is the first Italian creator working both on text and artwork at DC Comics, and works as interiors and cover artist with many publishers in the United States and Europe, like DC, Marvel, Glénat, and others.

“It’s cool that the first American publishing house which asked me to do a cover was BOOM! Studios, when I was working as a colorist, ages ago,” said Mirka Andolfo. “And after years I’m happy and proud to be back on covers for the same publisher. I find the same enthusiasm and quality there was at that time, and books which are even better! I’m thrilled to work on covers for all these amazing series, especially the ones in the Buffyverse…”

“Mirka has distinguished herself as one of the most popular writers and artists in comics today. We’ve had the pleasure of working with Mirka for years and are thrilled to have her delivering so many incredible covers for our titles,” said Matt Gagnon, Editor in Chief, BOOM! Studios. “You’re seeing her awesome vision of the Buffyverse today with Willow #1 and we’re excited for you to see what she has planned for our top series over the next year.”