August 16 Mt. Laurel, NJ: Lady Hel is one of the focal points of Dynamite’s Chaos! mythos and has been a major player in many blockbuster stories going back to her first appearance in the 2014 event series Chaos! by superstar writers and artists Tim Seeley and Mirka Andolfo. It hasn’t been until now though that the spotlight has fully focused on her, and now collectors can get her first ever solo issue in the innovative NFT comics format!

Lady Hel is the very personification of death. Or at least she was, until she lost her throne. When last seen, she was tangling with her fellow demoness rival Purgatori. Now kicked off her rightful claim, Lady Hel must find a way to seize and reclaim her position in the natural order. The problem at hand for her though is she’s lacking in her usual otherworldly powers to accomplish that goal. With Lady Hel in jeopardy, can her opposite Lady Demon be far behind? And what happens to a world when the very concept of death itself is thrown off balance? Fans can find out in this new series. 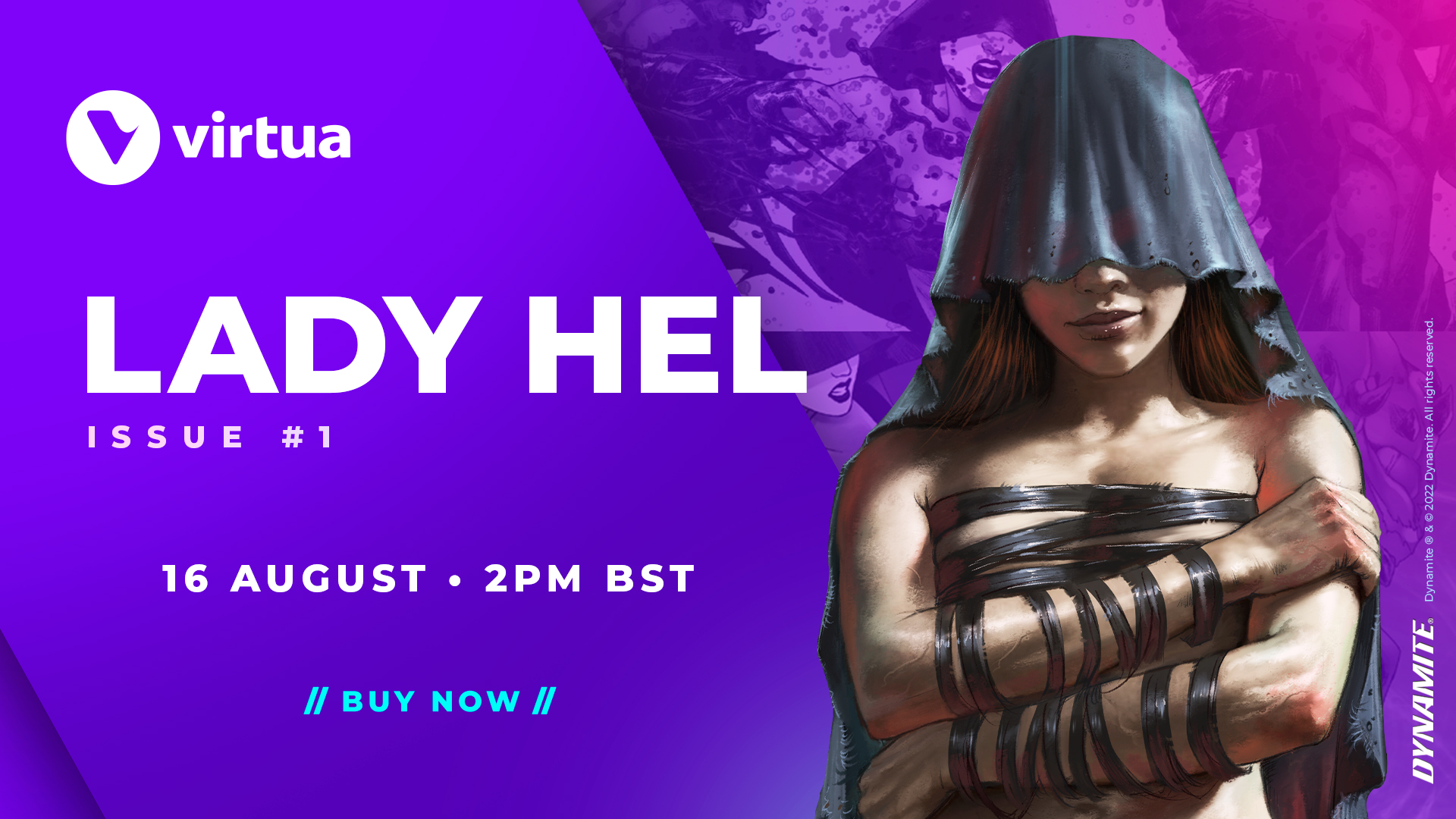 These limited-edition digital collectibles are available to purchase on Virtua here:
https://bit.ly/DynamiteComic