The Necrons are shaping up to be critical players in the unfolding story of Warhammer 40,000.  McFarlane Toys will be bringing fans an incredibly detailed 7-inch scale Necron Warrior with Ultra articulation – up to 22 moving parts for a full range of posing and completed with character-specific accessories; a Gauss Flayer and Canoptek Scarab along with a Warhammer 40,000 branded base. 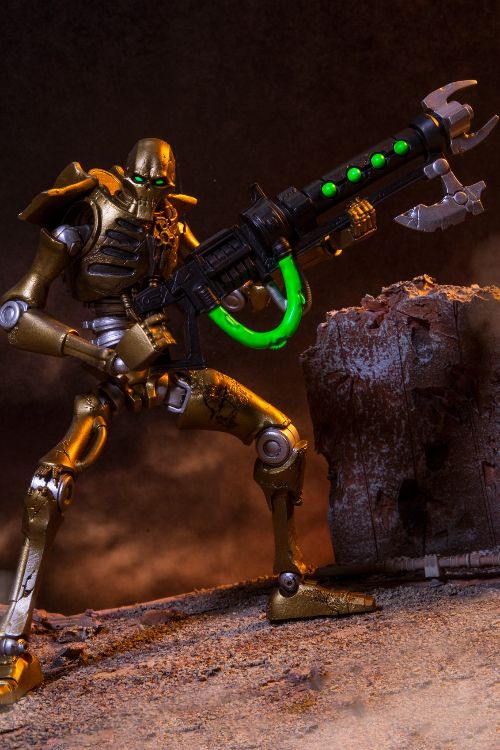 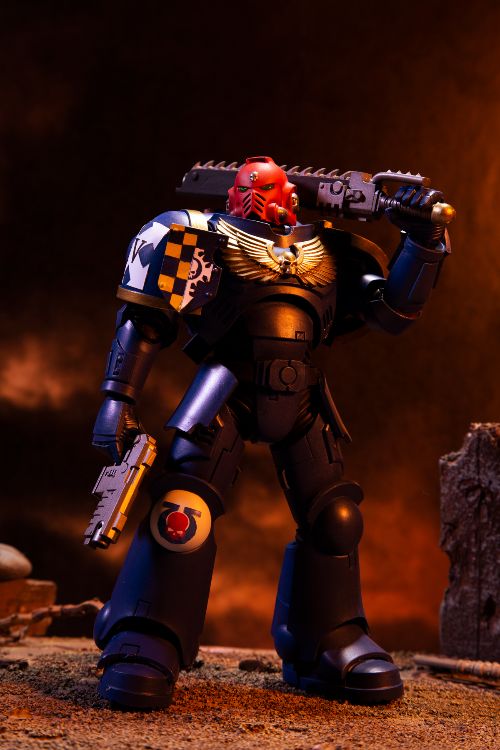 McFarlane Toys’ Warhammer 40,000 Ultramarines Primaris Assault Intercessor with include a Heavy Bolt Pistol, Astartes Chainsword.  Both figures are 7-inch scale figures and designed with Ultra articulation for a full range of posing and come with a Warhammer 40,000 branded base. 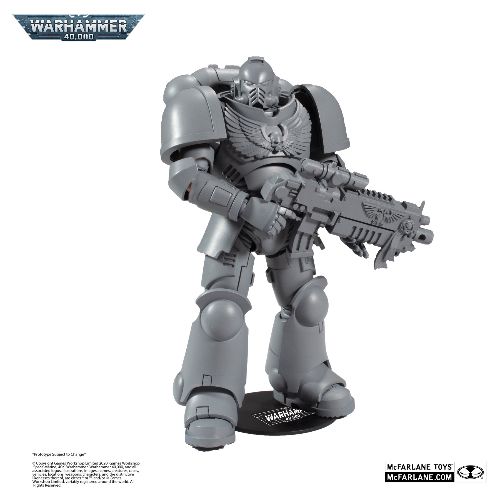 The highly limited release of Space Marine Primaris Intercessor AP comes unpainted to give fans the same option to paint the figure however they desire just like the iconic Warhammer 40,000 miniatures. Available this Fall at Games Workshop and specialty retailers only.

Warhammer 40,000 is a tabletop miniatures wargame produced by Games Workshop. It is the most popular and successful miniatures wargame in the world.  Warhammer 40,000 is set in the distant future, where a stagnant human civilization is beset by hostile aliens and malevolent supernatural creatures.  First published in 1987, it has grown to become a cross-media hit, including thousands of novels, comics, and video game adaptations.  There is even a live-action TV series currently in development.

This week, Games Workshop announced its 9th edition of Warhammer 40,000 with an exciting trailer that gives fans a look into all the terrific new things about the latest version.  Watch it here!

For more information and to see the entire Warhammer 40,000 photo gallery, visit McFarlane.com