March 23, Mt. Laurel, NJ: Vampirella returns to the (in)famous ’90s in a meta tale from acclaimed writer Max Bemis (Moon Knight, Savage) that delves into the celebrated and critiqued comics of the era as well as fandom itself!

The 1990s were one of the most exciting yet controversial eras in comic books. A time of bravado, excess, pouches, and cyborg assassins. But also heady and at times pretentious fantasy books usually written by Englishmen. As a reader at the time, Max Bemis was drawn to both types of books at the historic Golden Apple Comics in Los Angeles. Including his discovery of Vampirella, who somehow straddled the middle with explosive action stories, bad girl covers, and top tier creators like Grant Morrison, Mark Millar, and others.

Vampirella 1992 is a one-shot special that interweaves and melds those two styles, through the artistic stylings of Roberto Castro (Turok) and Marcos Ramos. For the covers, Castro is joined by fan-favorite Mike Krome and a cosplay variant. 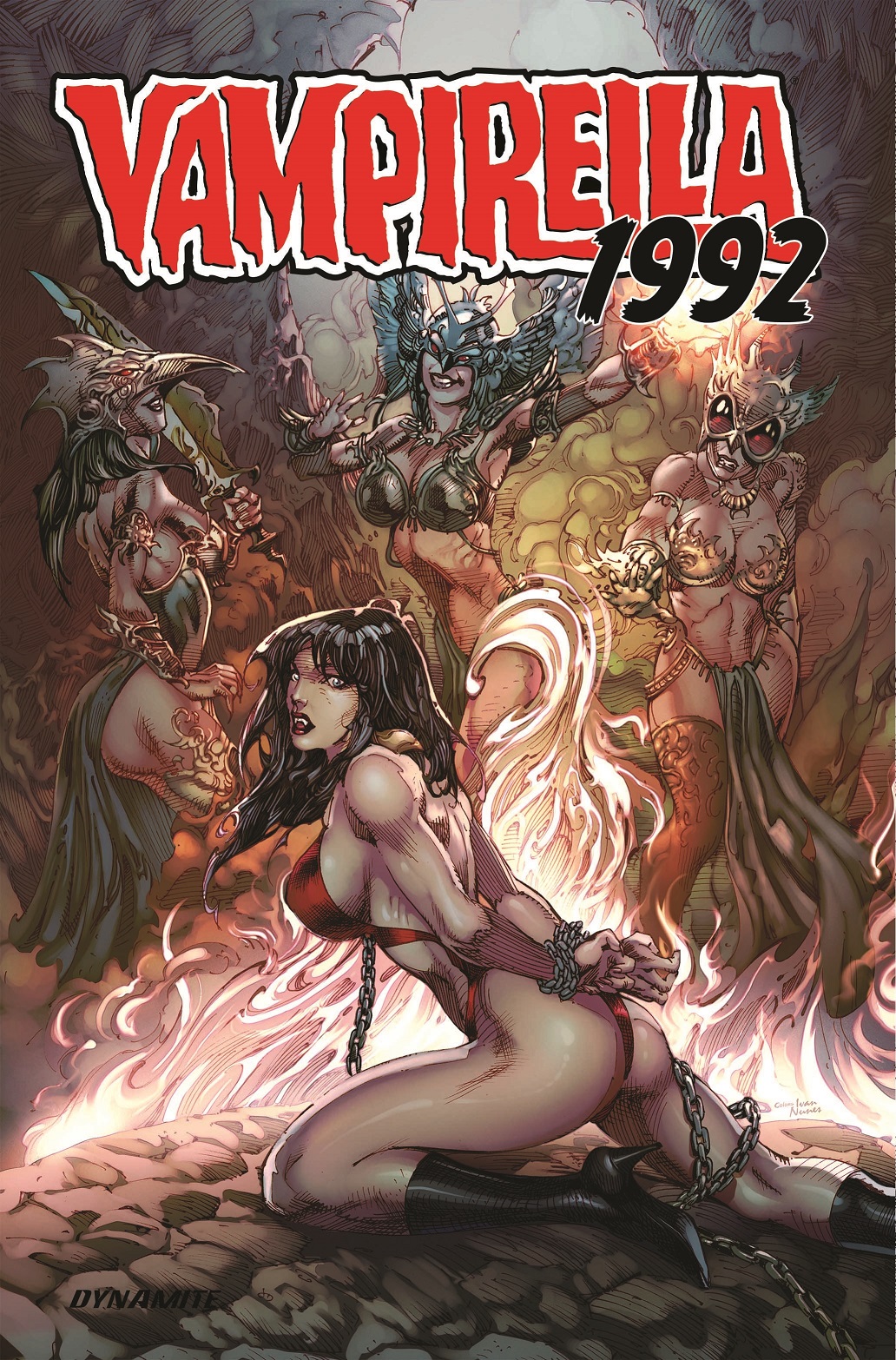 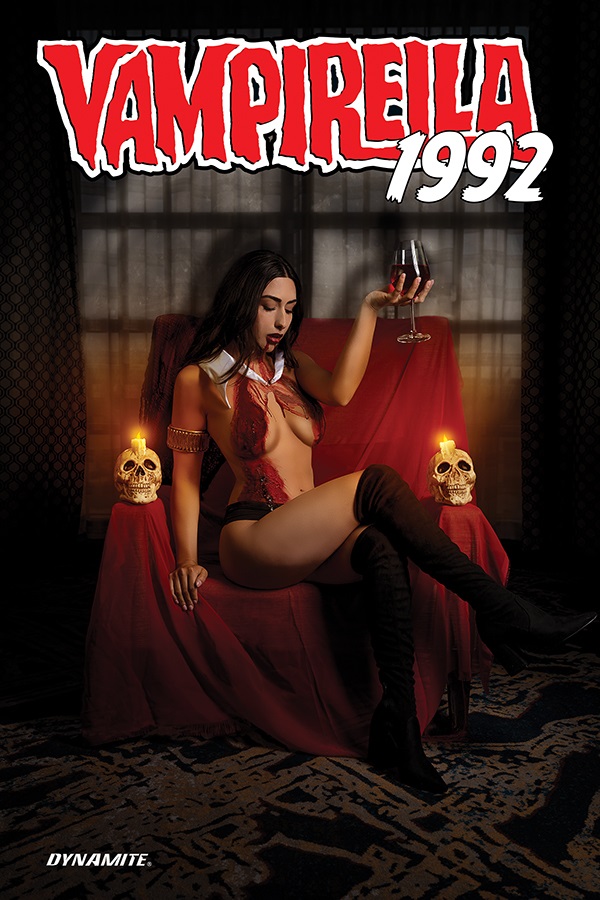 Readers will get to know a group of women who work weekends portraying “bad girls” at comic conventions, video store events and other geek gatherings. But when terrorists attack one of these conventions, the unexpected heroines must take their cosplay to the next level Die Hard-style to save the day.

The character at the center of the story is one particular model who has been through the ups and downs navigating the comics industry and events. A second viewpoint will focus on her through a trippy lens. The only wrinkle is that she mysteriously looks a whole lot like the actual Vampirella we all know and love…

Whether readers love the 1990s or even hate the era, this will be a can’t-miss exploration of comics, fan culture, and of course Vampirella, like no other!

VAMPIRELLA 1992 is solicited in Diamond Comic Distributors’ April 2021 Previews catalog, the premier source of merchandise for the comic book specialty market, and slated for release in June 2021. Comic book fans are encouraged to preorder copies of the issue with their local comic book retailers. It will also be available for individual customer purchase through digital platforms courtesy of Comixology, Kindle, iBooks, Google Play, Dynamite Digital, ComicsPlus, and more!