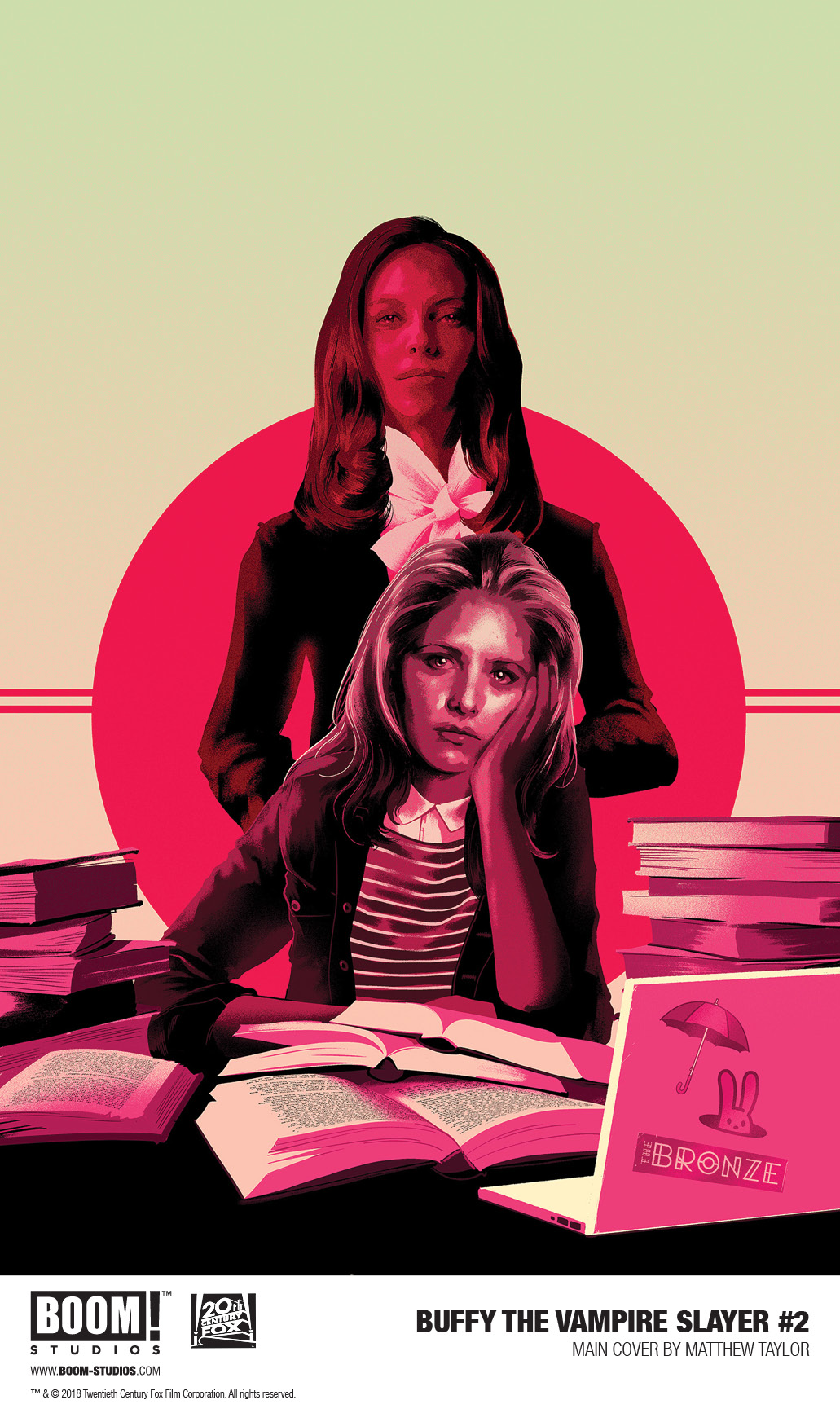 The reimagining of Joss Whedon’s groundbreaking series continues as Drusilla, the self-proclaimed Mistress and her pet, Spike, make their debut with their sights set on Buffy! Meanwhile, Giles is determined to teach Buffy about her destiny, responsibility, blah blah…can someone tell him to chill? How bad can it get?

BUFFY THE VAMPIRE SLAYER #2 features a main cover by Taylor, along with covers by superstars Kevin Wada (She-Hulk), Celia Lowenthal (Over The Garden Wall: Hollow Town), and Audrey Mok (Archie).

“This is the Buffy Summers you know – but her world is just a little bit different, which is why we’re so excited to have Matthew Taylor introduce Drusilla as The Mistress!” said Jeanine Schaefer, Executive Editor, BOOM! Studios. “If you were a fan of Drusilla and Spike – c’mon, who wasn’t? – then you’re in for a treat as they come to Sunnydale with much different intentions than you’ve ever seen before. And maybe some tortured poetry as well, emphasis on the tortured part.”